Cosmic Ghost Rider is back, baby! But with a reputation like his, it’s only a matter of time before the law catches up to the future Frank Castle and tries to put him in chains – too bad for the law, chains are Castle’s weapons of choice these days. Now in an intergalactic prison, the Rider is going to turn his cage into an all-out cage match! Who’s going to be the last alien standing?! Find out in this all-new miniseries from Dennis “Hopeless” Hallum (MARVEL’S SPIDERMAN: CITY AT WAR) and Scott Hepburn (DEADPOOL)! Plus – Don’t miss out on a brand new short story from the guys who started it all, Donny Cates (ABSOLUTE CARNAGE) and Geoff Shaw (GUARDIANS OF THE GALAXY)! 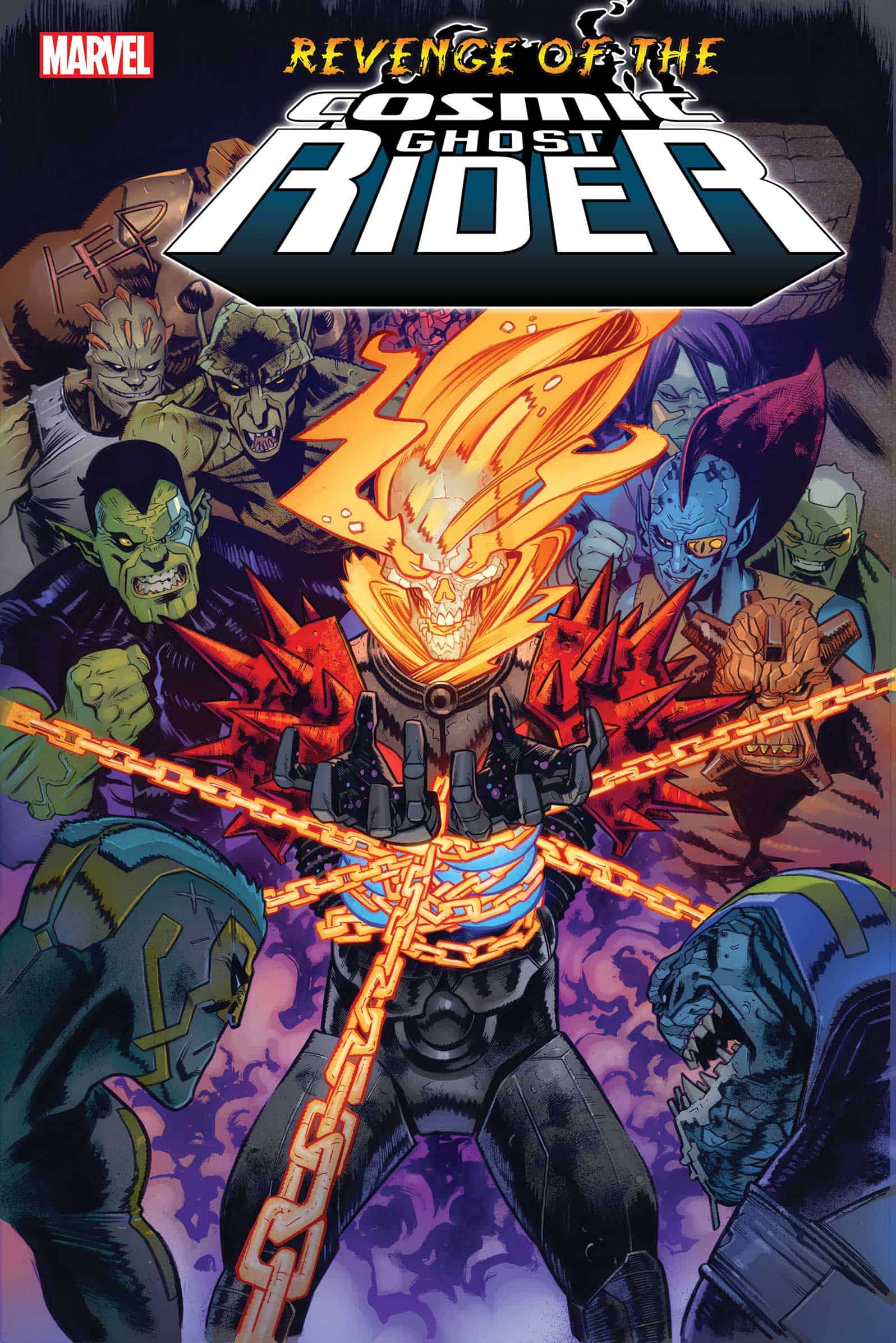