The highly anticipated Echolands #1 by J.H. Williams III (Promethea, The Sandman: Overture, Batman), W. Haden Blackman (Star Wars, Elektra), colorist Dave Stewart, and letterer Todd Klein launched to immense critical acclaim and has sold out completely at the distributor level. The debut issue is being rushed back to print in order to keep up with escalating demand.

“The response to the launch of Echolands has been overwhelming and humbling,” said Williams III. “With so many embracing the project beyond expectations, our team is grateful and excited to continue to bring this epic story to readers everywhere.”

This breathtaking launch defies comic book medium expectations and provides an unforgettable feast-for-the-eyes in a sprawling landscape format. Each spread page expertly showcases the artwork and the unique reading experience instantly sent fans abuzz with excitement for its mesmerizing story.

Set in a bizarre future world that has forgotten its history, Echolands follows reckless thief Hope Redhood. Hope holds the key to excavating a strange, dark past—but only if she and her crew can escape a tyrannical wizard and his unstoppable daughter. But fate will send them all on a path leading to a war between worlds.

Echolands is a mythic fiction epic where anything is possible; a fast-paced genre mashup adventure that combines everything from horror movie vampires to classic mobsters and cyborg elves, to Roman demigods and retro rocket ships. It’s going to be a helluva ride!

Check out our review of Echolands #1

“With a format and style all its own, Echolands is nearly a brochure for its own potential to be the Next Big Important Comic.” —AIPT

“Overflowing in the best way possible… this comic is an explosion of excess and unyielding, chaotic fun.” —Multiversity Comics

“A comic you should try based on artwork alone.” —ComicBook.com

“A blast of immersive fantastical originality. The story J.H. Williams and W. Haden Blackman have come up with is rife with mystery and suspense, and delivered with masterful precision. Williams and Dave Stewart’s visuals are inconceivably wild and wonderful, matched only by the pair’s other works.” —Monkeys Fighting Robots

“It’s every fictional world, each with its own artistic style, intersecting and exploding with JHW3 magic and crackle. I can’t wait to see where he and Haden Blackman are taking us—into a world in which anything can happen, and undoubtedly will.” —Neil Gaiman, The Sandman, American Gods

“So complex and unique and expertly executed it pushes the medium forward in new directions and leads to invigorated interest in the medium of comics itself.” —Robert Kirkman, Invincible, The Walking Dead

“Echolands’ fallen fantasy San Francisco is painted as a monstrous blend of magic and technology, and reads like a blockbuster car chase.” —Kyle Shutt, The Sword

“Getting an eyeful is a massive understatement. I love looking at the drawings as they expand with more details emerging every time I look.” —Debbie Harry, Blondie, Face It: A Memoir

“The integration of image and story develops an archetypal language that’s here in these pages and in our subconscious simultaneously. The boundaries are pushed. I think I’ve seen some of these things in dreams.” —Chris Stein, Blondie, Point Of View: Me, New York City, and the Punk Scene

“One of the most remarkable, innovative, and engrossing uses of the medium I’ve seen. From the rich cast, a story that hooks you from page one and drags you in, to the labyrinthine page layouts that turn your head inside out to read them. There are few comics that deliver a genuinely unique experience, but this one really does, feeling at times like a top down tabletop roleplaying game, and at others a trippy immersive VR story, but always with the bounce and ease of reading that you would expect from a great comic. The boundaries of a comic page are always waiting to be pushed, and Echolands does this masterfully, hinting at what might be possible, making us excited to turn the page.” —Leah Moore, The Doors: Morrison Hotel, Conspiracy of Ravens, Ghost Stories of an Antiquary

“Echolands is utterly gorgeous and completely compelling. A fabulous cast of characters, and a story that hits the ground running. I’m hooked, and I can’t wait for the next issue.” —Kat Howard, Books Of Magic, An Unkindness of Magicians 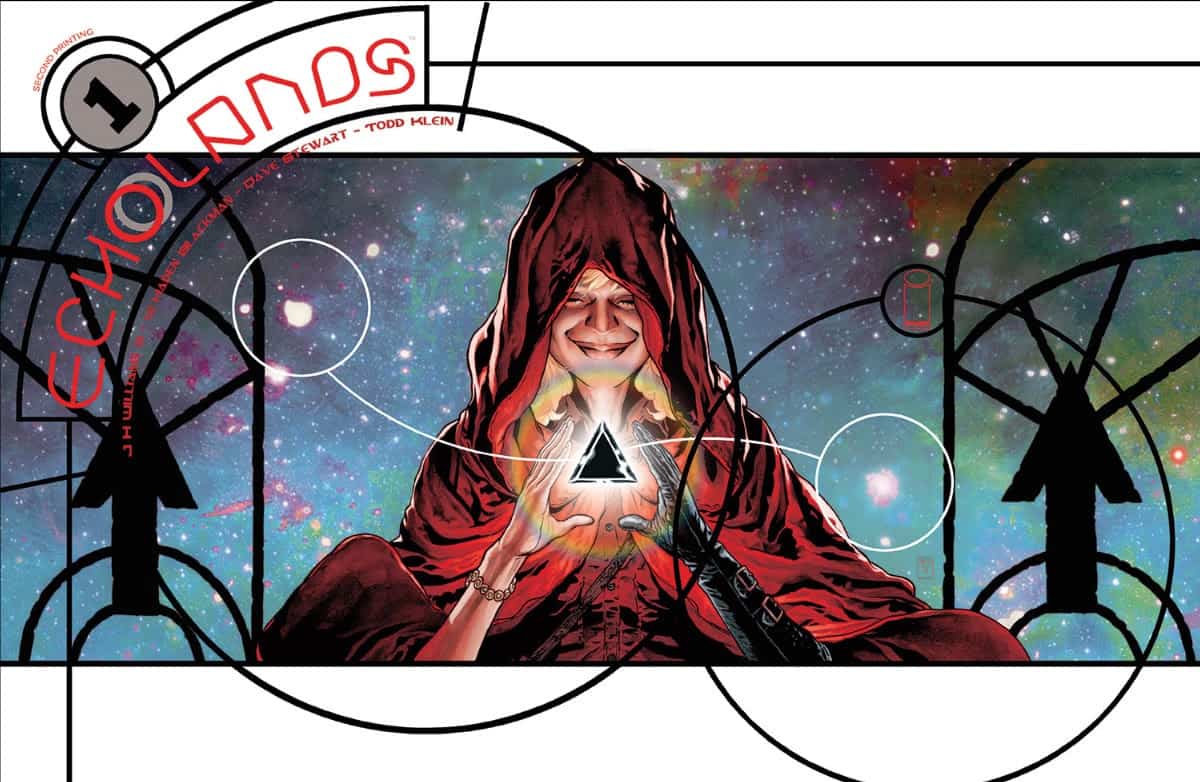 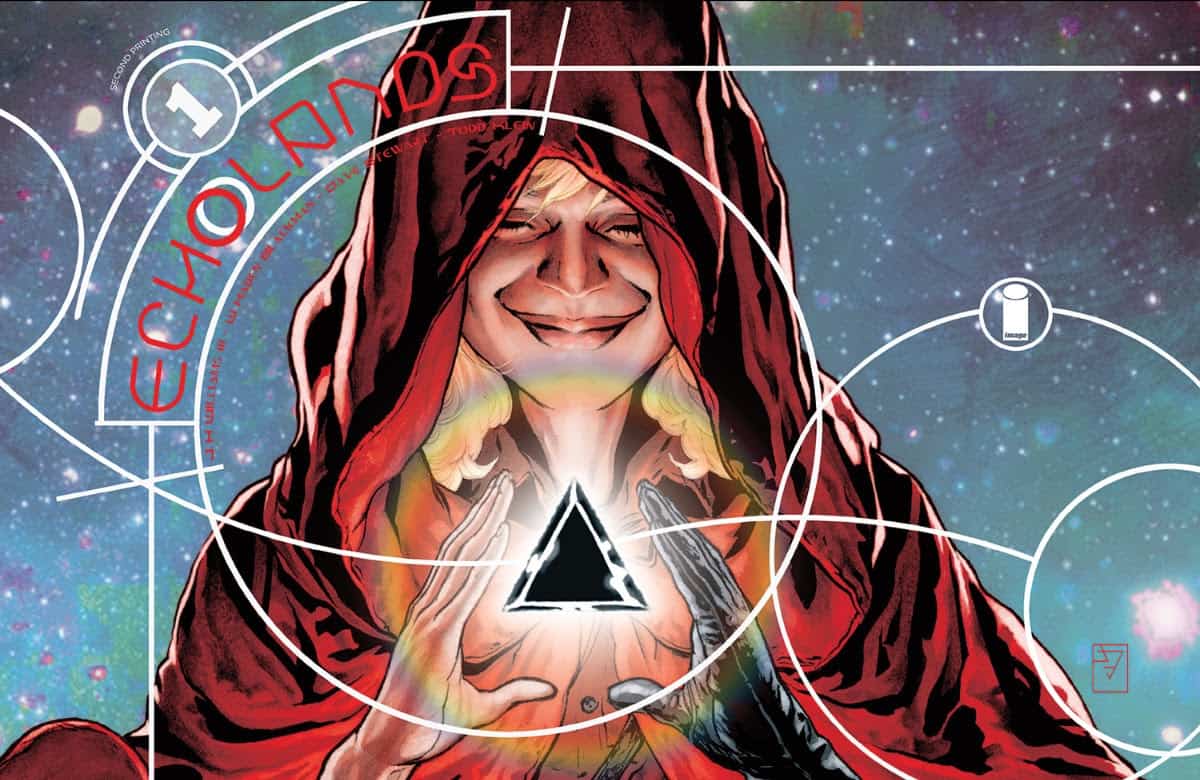 Echolands #1 will also be available for purchase across many digital platforms, including Amazon Kindle, Apple Books, and Google Play.