BOOM! Studios revealed a first look at JIM HENSON’S THE STORYTELLER: SHAPESHIFTERS #2, the second issue of the new four-issue comic book series based on the Emmy Award-winning classic television show Jim Henson’s The Storyteller, by Locus Award-winning writer Darcie Little Badger (Elatsoe), artist Alexandra Fastovets, colorist James Fenner, and letterer Jim Campbell, about Shapeshifters from around the world and telling a touching tale of a Lipan Apache girl and the stages of her life, available in April 2022.

Celebrated writer Darcie Little Badger (A Snake Falls to Earth, Marvel’s Voices: Indigenous Voices) pens the latest shapeshifter story! Experience the moving tale of a Lipan Apache girl named Rose through four pivotal stages in her life: from a lonely child, to a ballet prodigy, her struggles as an adult, and finally her time as an older woman. This touching and lyrical love letter to family, heritage, and finding your true self is sure to delight readers of all ages.

JIM HENSON’S THE STORYTELLER is the latest release from BOOM! Studios’ ambitious Archaia imprint, home to graphic novels such as Mouse Guard by David Petersen, Bolivar by Sean Rubin; Cursed Pirate Girl by Jeremy Bastian; Slaughterhouse-Five by Kurt Vonnegut, Ryan North, and Albert Monteys; The Sacrifice of Darkness by Roxane Gay, Tracy Lynne-Oliver, and Rebecca Kirby; The Short While by Jeremy Sorese; Better Angels: A Kate Warne Adventure by Jeff Jensen and George Schall; Eighty Days by A.C. Esguerra, and licensed series including Lev Grossman’s The Magicians by Lilah Sturges and Pius Bak, as well as Jim Henson’s The Dark Crystal: Age of Resistance and Jim Henson’s Labyrinth: Coronation. 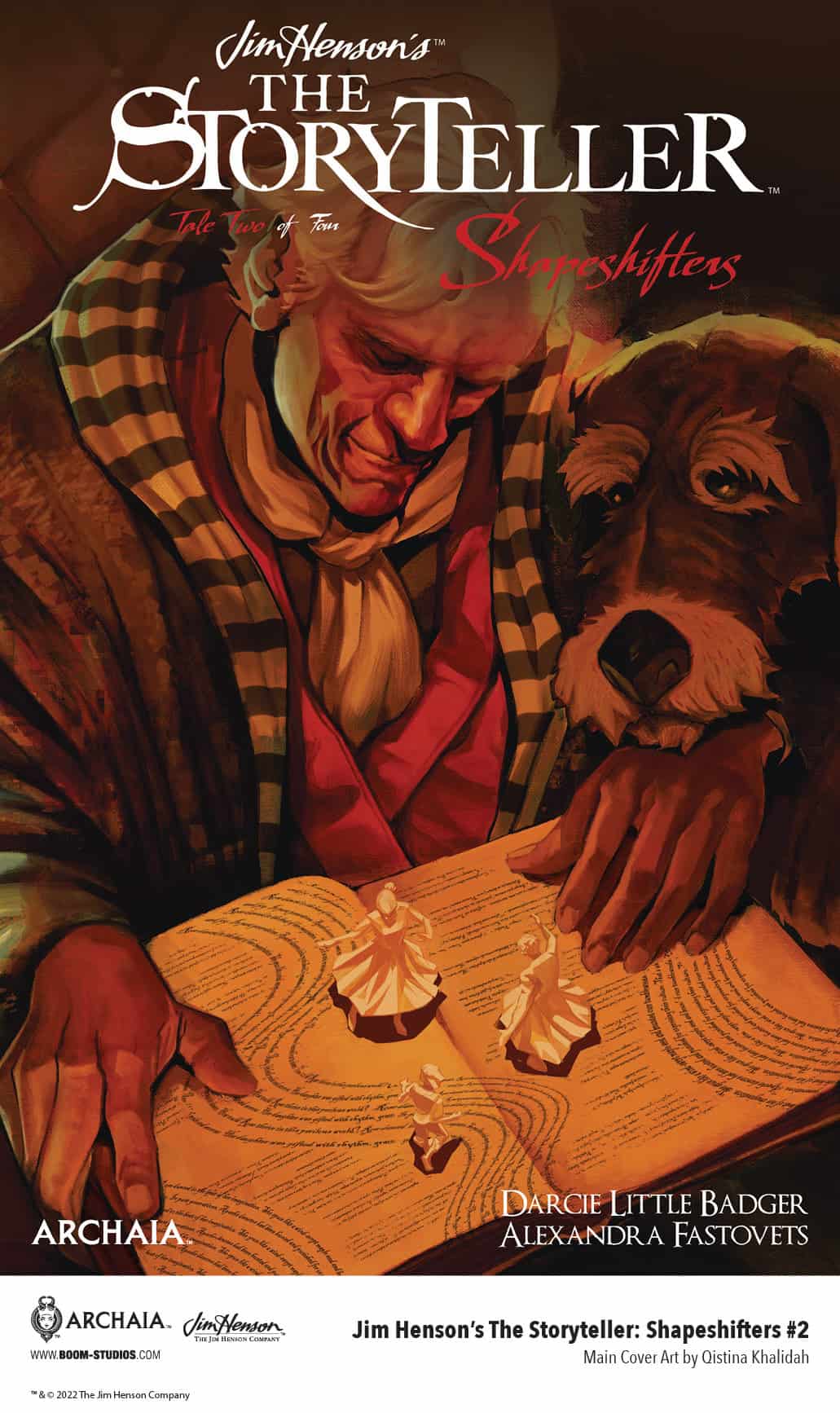 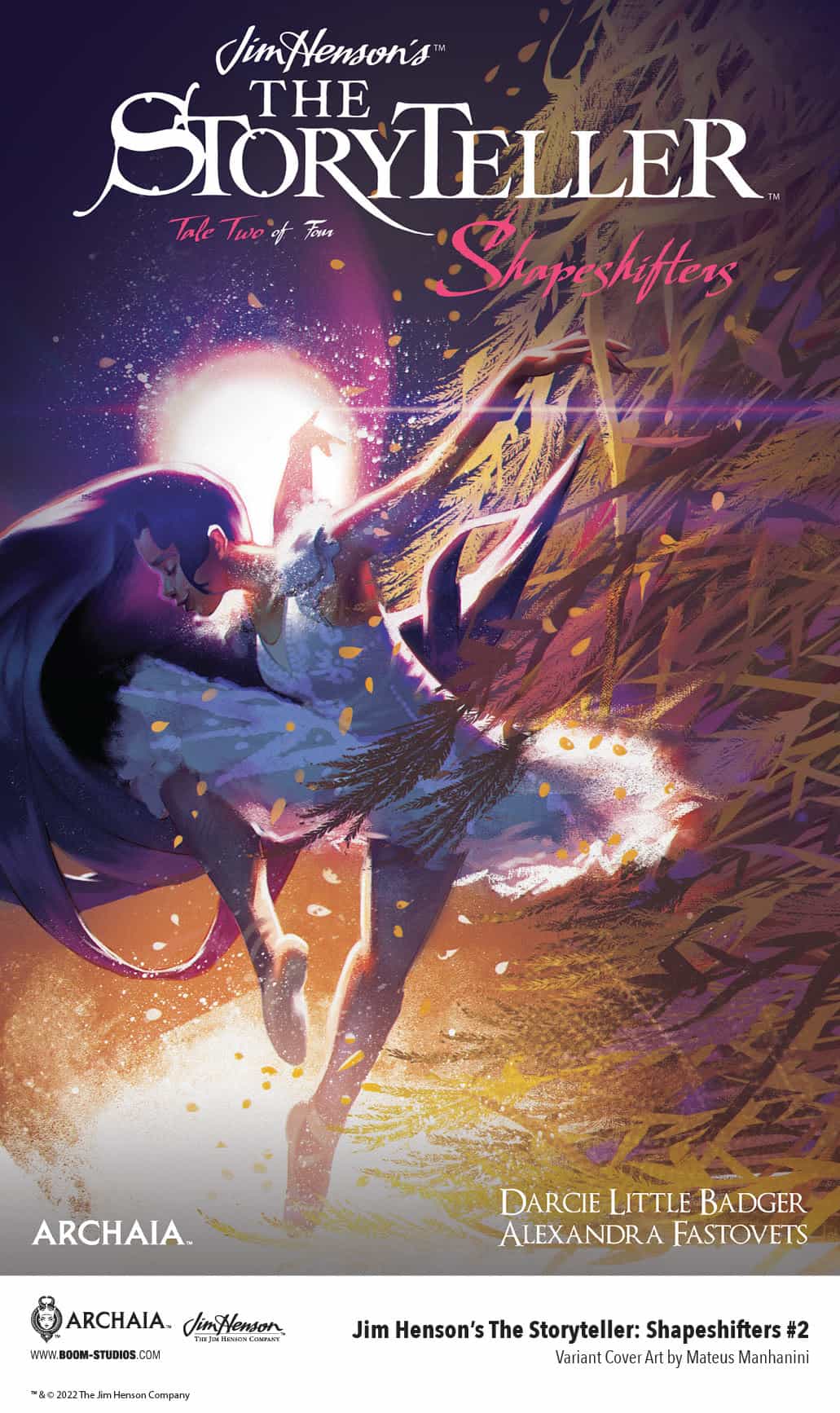 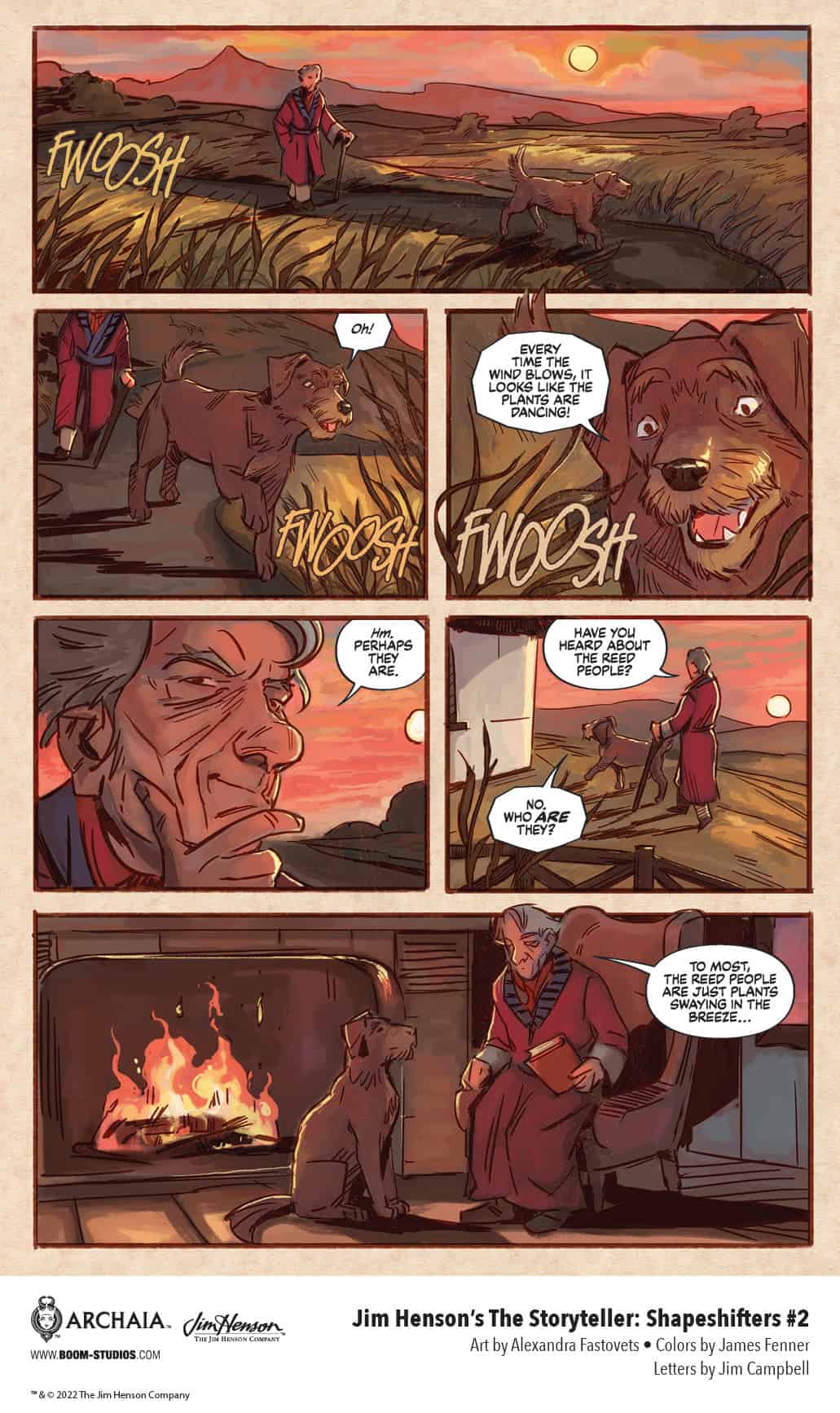 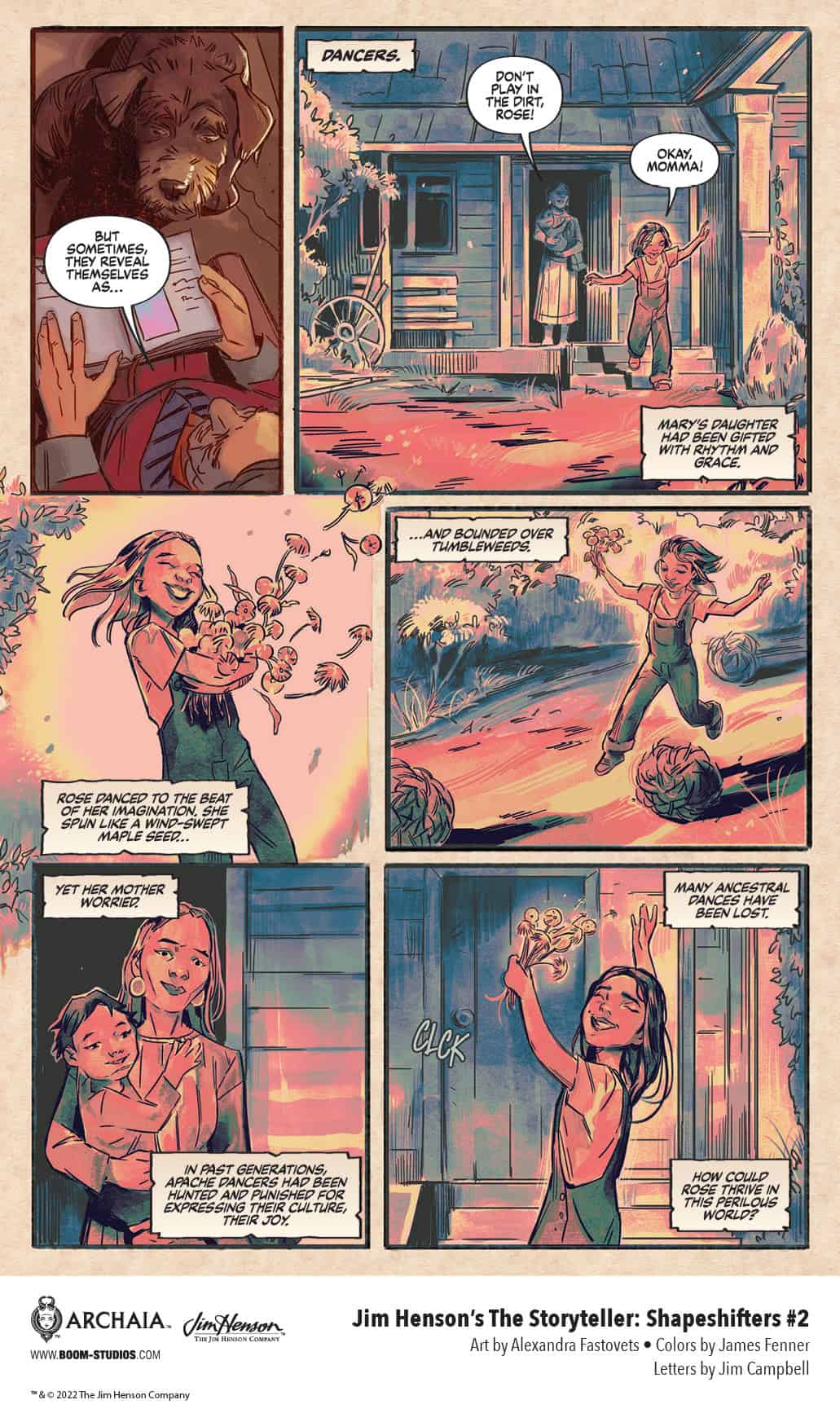 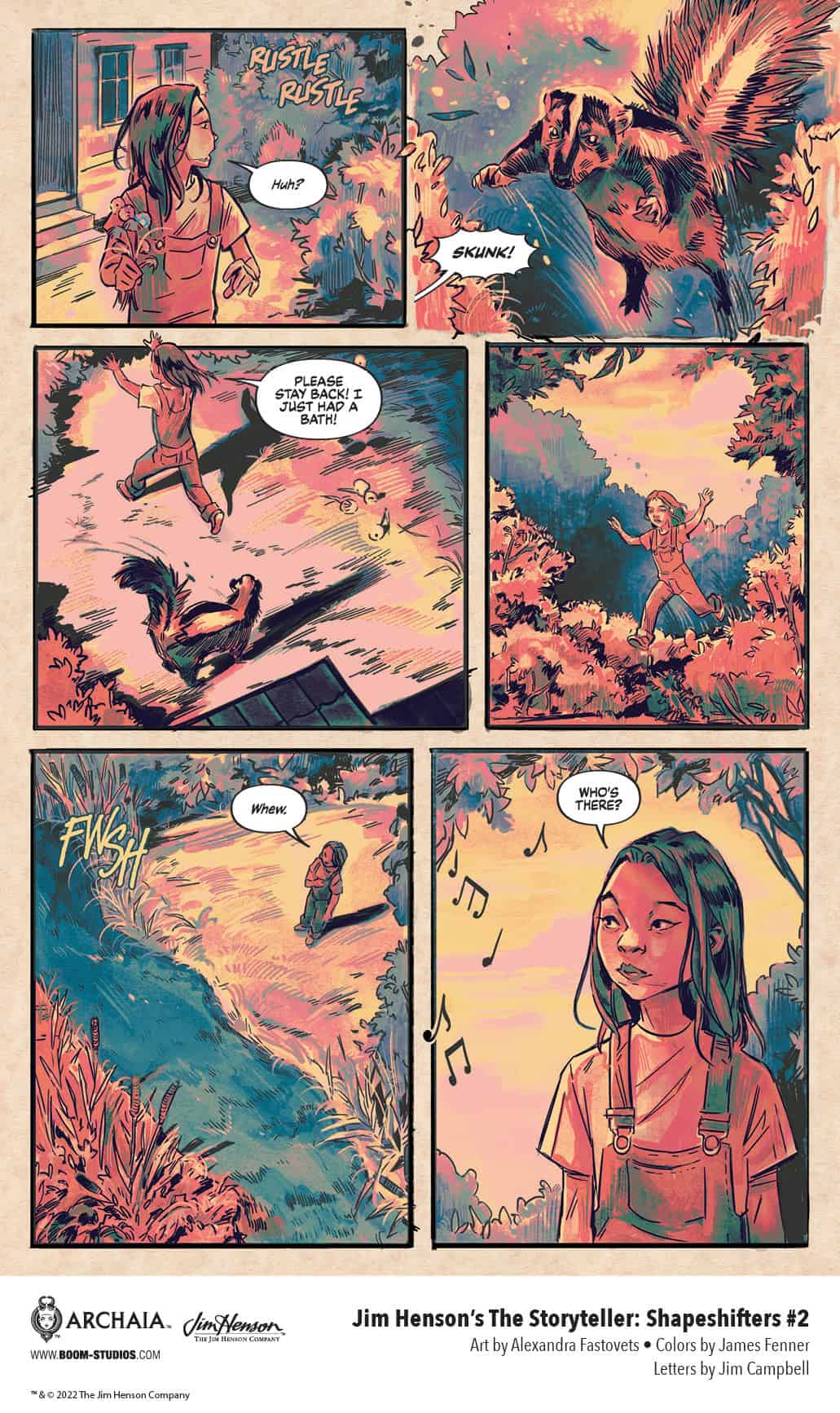 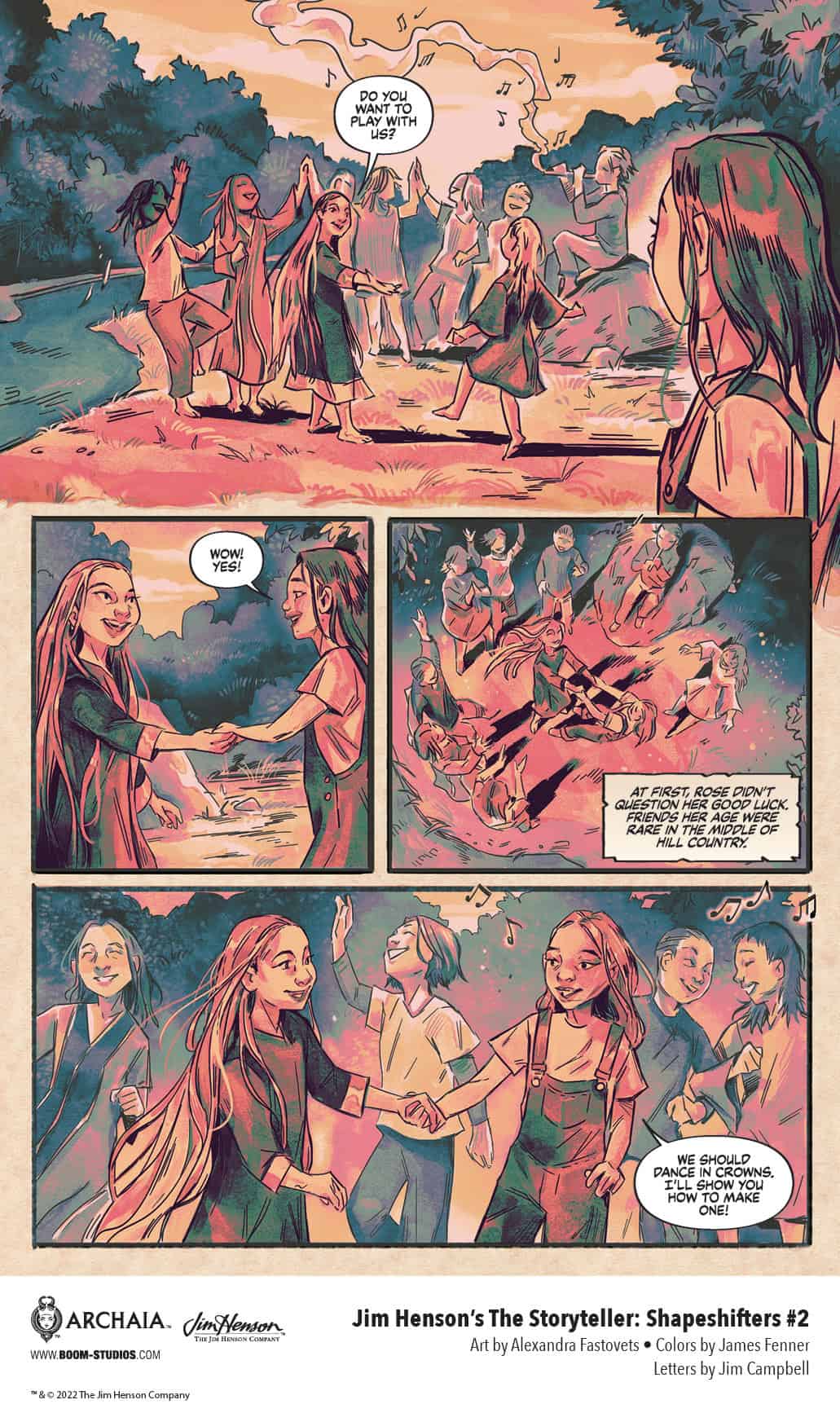 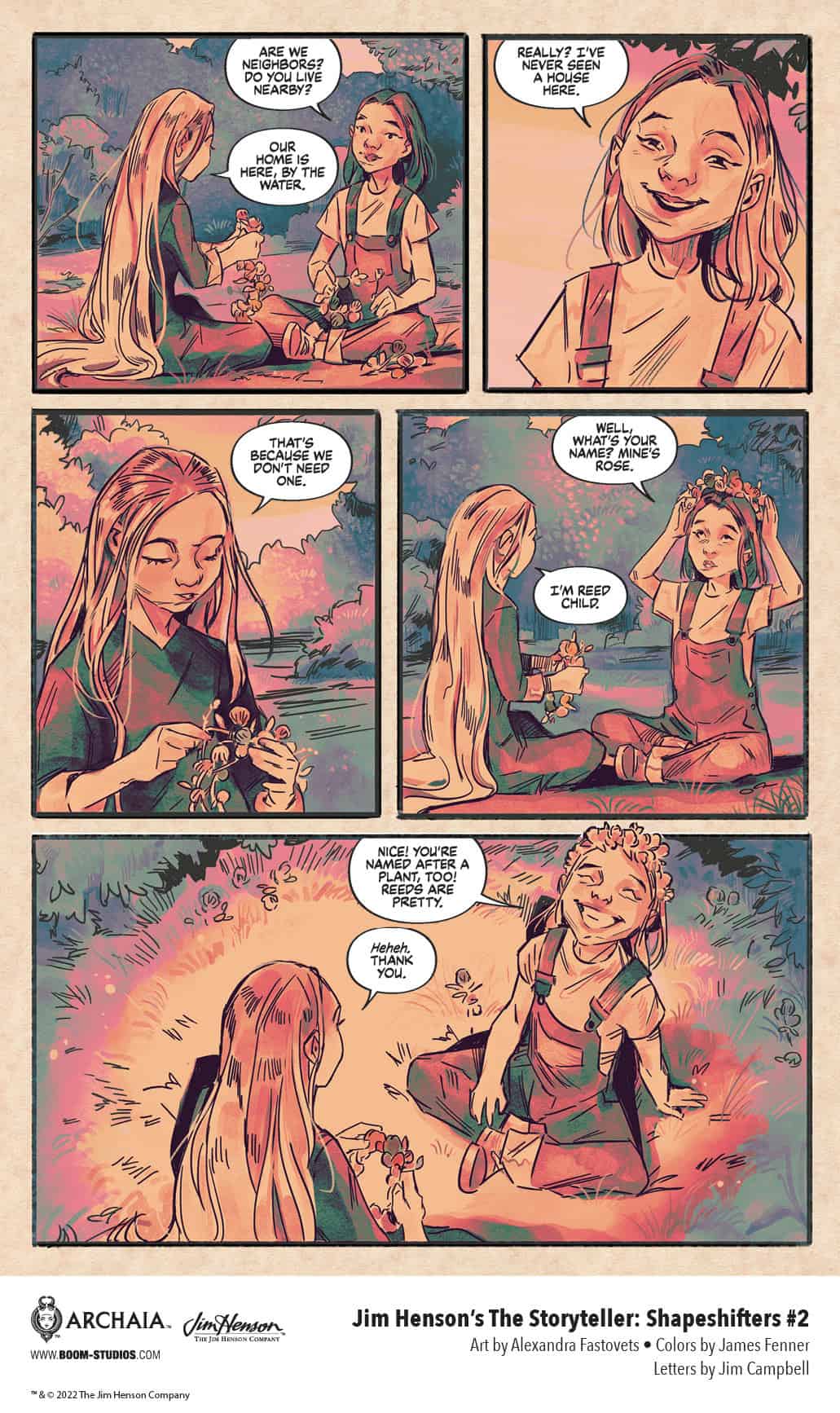 Print copies of JIM HENSON’S THE STORYTELLER: SHAPESHIFTERS #2 will be available for sale on April 6, 2022 at local comic book shops (use comicshoplocator.com to find the nearest one) or at the BOOM! Studios webstore. Digital copies can be purchased from content providers, including comiXology, iBooks, Google Play, and Kindle.

For more on JIM HENSON’S THE STORYTELLER comic books and more from Archaia, stay tuned to boom-studios.com and follow @boomstudios on Twitter.