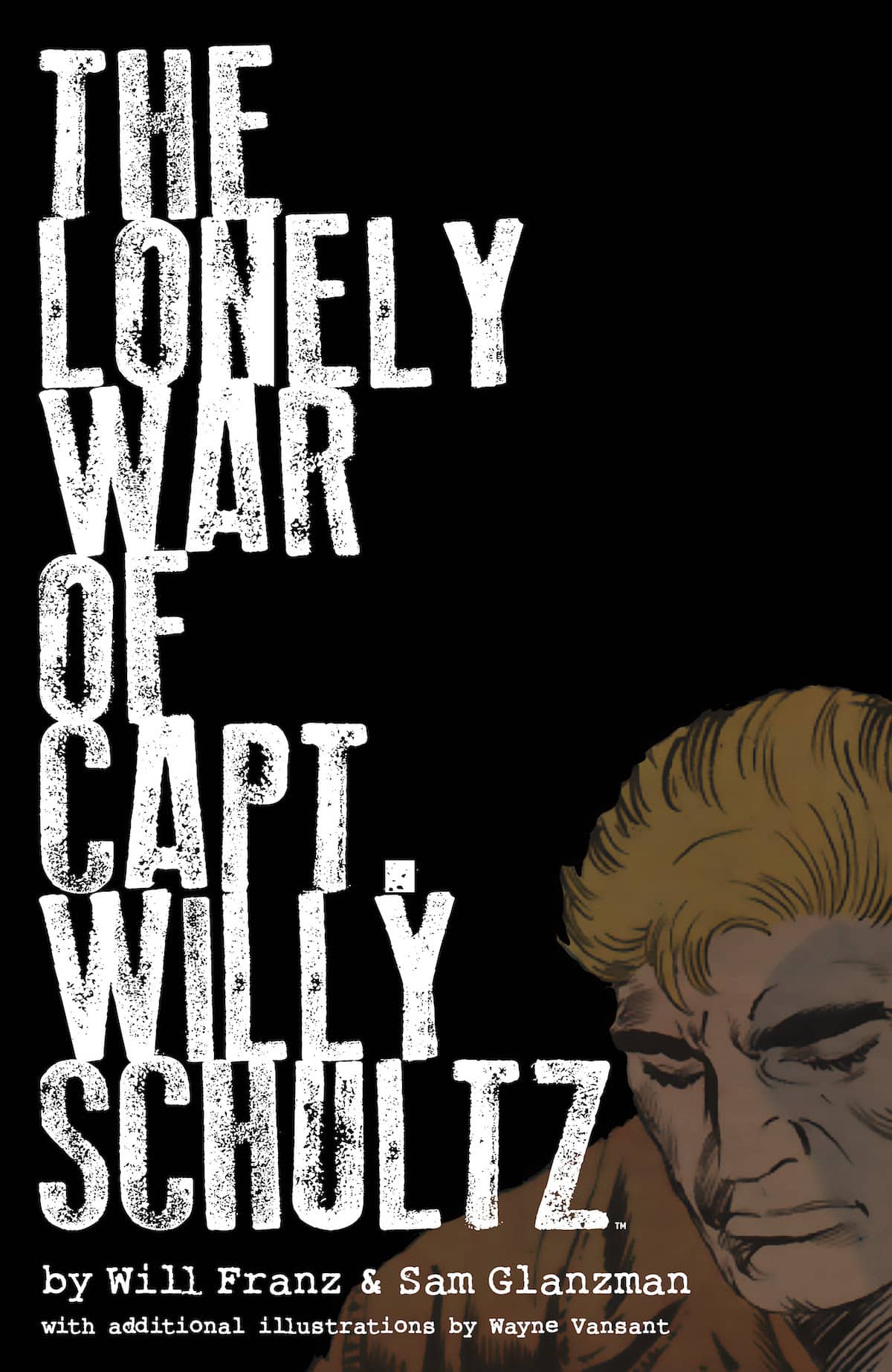 After its original publication more than 60 years ago, The Lonely War of Capt. Willy Schultz is being published by IT’S ALIVE and Dark Horse Books. The Lonely War of Capt. Willy Schultz was originally written by 16-year-old Will Franz in Fightin’ Army and illustrated by comic book creator and WWll veteran, Sam Glazman. It will soon be available in its finished state thanks to a new final chapter drawn by Wayne Vansant. The collection also includes a new historical essay by Stephen R. Bissette about the series.

Found guilty by a U.S. military tribunal during WWll of a murder he didn’t commit, Captain Willy Schultz is being transported to the rear to face a firing squad when his jeep hits a land mine, giving him the opportunity to escape. A few miles away, he finds a burned out German tank, and he gets an idea. Donning his enemy’s uniform, Schultz hopes to escape execution by hiding amongst the Germans and doing anything he can to survive.