The epic finale to the Psycho-Pass: Inspector Shinya Kogami saga. The manga is prequel to the popular anime series Psycho-Pass, starring a younger version of the protagonist. It features writing by Midori Gotou with art by Natsuo Sai and story by Gen Urobuchi (Fate/Zero, Puella Magi Madoka Magica).

The perfect society and its price…the manga prequel to the acclaimed anime series! In the 22nd century, the Psycho-Pass is a system that measures emotional health, making crime not only rare, but strange and dangerous—and the only “safe” job for a person on the borderline is as a cop…kept on a virtual leash as they hunt down the criminals they may soon become themselves!

The explosive conclusion! As Division 3 races to try to save the life of Professor Toshi, they find that the trauma unit within the Special Sector has become a deadly trap. But in this high-tech underground complex, it’s a hidden cache of a very obsolete information storage format—handwritten letters—that may provide the last clue that must be understood by Inspector Kogami…before the elders behind this hidden kingdom of guilt decide to carry out their final act of atonement! 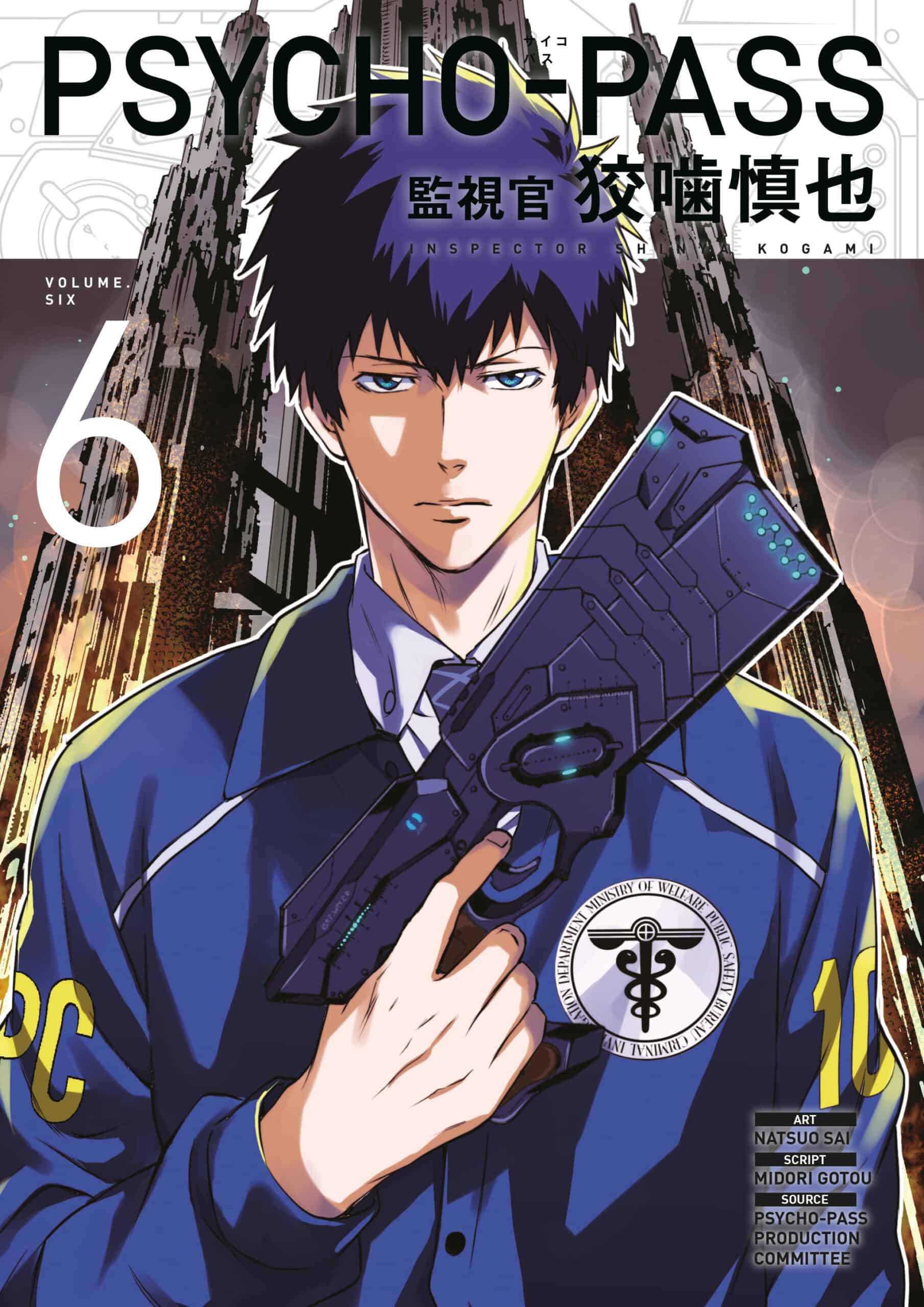 Psycho-Pass: Inspector Shinya Kogami Volume 6 will be in comic shops February, 22nd, 2023 and bookstores March 7th, 2023. It is available for pre-order now at Amazon, Barnes & Noble and your local comic book shop and book store for $11.99.

“Makes good use of the dystopian future genre, good foils and parallels throughout. Some neat visuals…”

“Psycho-Pass is a compelling cyberpunk mystery…”

“Psycho Pass is the best crime-thriller-science fiction anime I have watched and will definitely be recommending to others as well as watching again in the future.”

NEWS WATCH: The Master of the Mystic Arts Returns to Reshape Your Reality in the New DOCTOR STRANGE Series!
December 9, 2022