Dark Horse Books presents Blackwood: Library Edition, collecting the two volumes in the series so far. Written by multi-Eisner award-winning author, Evan Dorkin, and illustrated by Veronica Fish and Andy Fish, Blackwood, the supernatural fantasy about a magical murder in a sorcery school, will soon be available in a deluxe, oversized hardcover format. 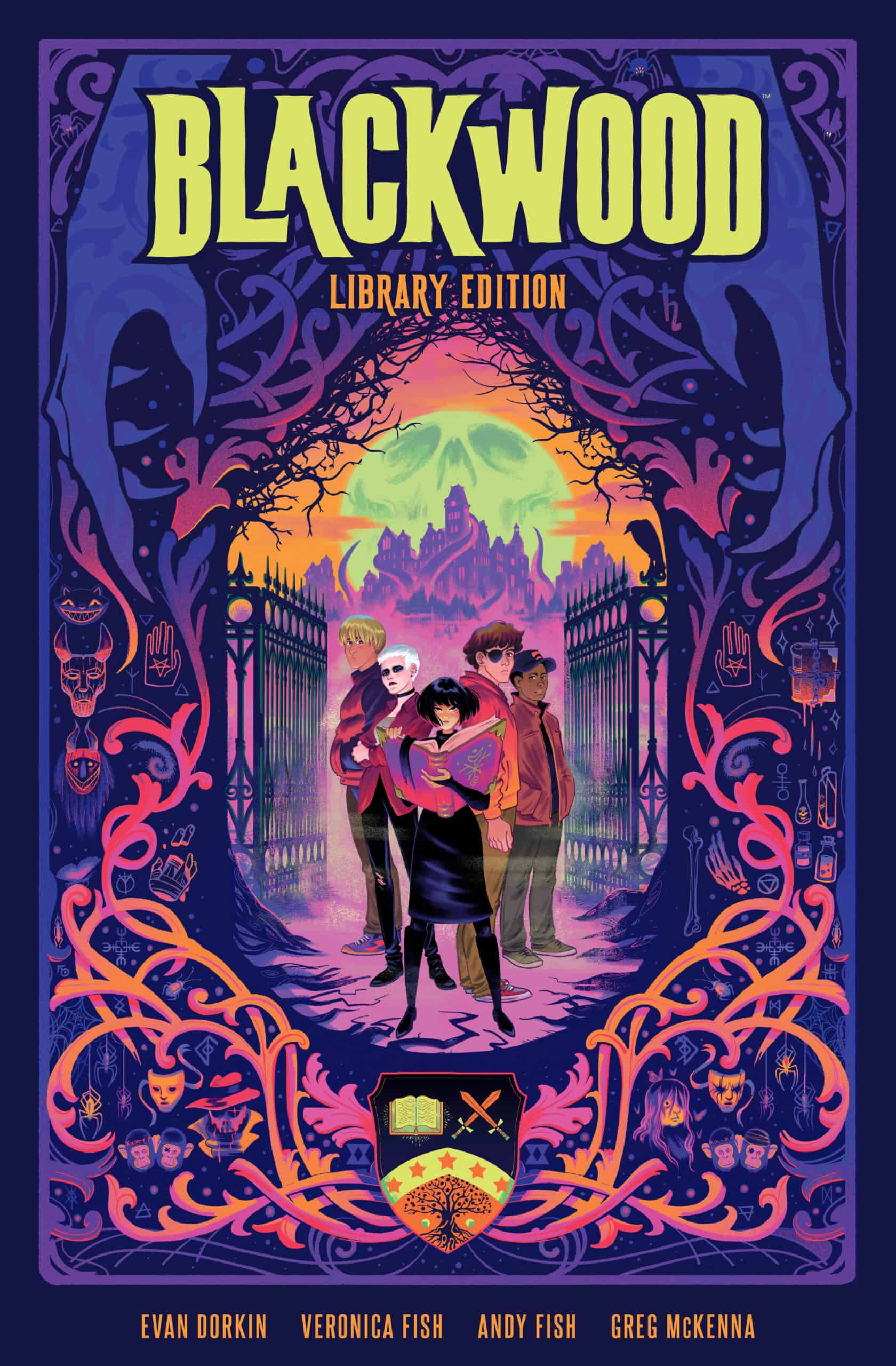 When four teenagers with haunted pasts enroll in Blackwood College—a school that trains students in the occult—their desire to enhance their supernatural abilities and bond with others is hampered by an undead dean’s curse, ghosts in their dorm, a mischievous two-headed mummy-chimp, a plague of mutant insects, and the discovery of an ancient evil that forces our heroes to undergo a crash course in the occult for the sake of the world.

“It’s a great horror comic with lots of occult mystery, and the creative team of Dorkin and Veronica and Andy Fish are about as strong as you get in mainstream monthly comics. Blackwood could be a contender for series of the year, and I can’t wait to read what happens next.”—Comicbook.com