In Nomen Omen, no matter how fast you run, sooner or later your past will catch up with you. Enter Becky Kumar, a geeky twenty-year-old from New York City who is about to cross the veil between our reality and a realm of otherworldly truths.

“This is not a comic-book, this is a ritual,” said Bucci. “It’s a story no one can protect you from. But don’t be scared: there’s power in names and by reading our book you’ll get a glimpse of how it works.”

Camagni added: “Witchcraft, loss, and inclusiveness: these are the three cornerstones of our story. Magic belongs to all of us, even to those who reject it.” 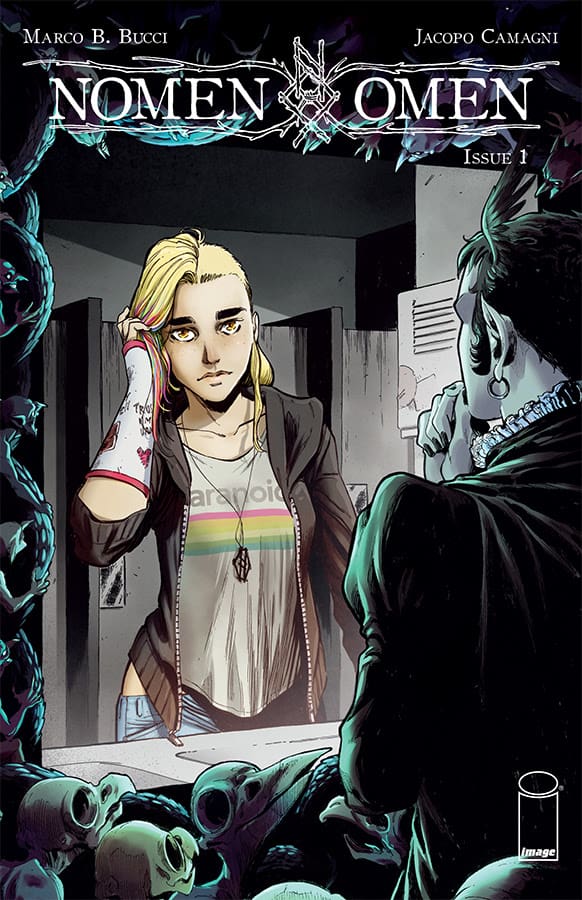 Nomen Omen #1 Cover A by Camagni, Cover B by Coipel, Cover C by Cloonan, and Cover D (blank) will hit stores on Wednesday, October 2.