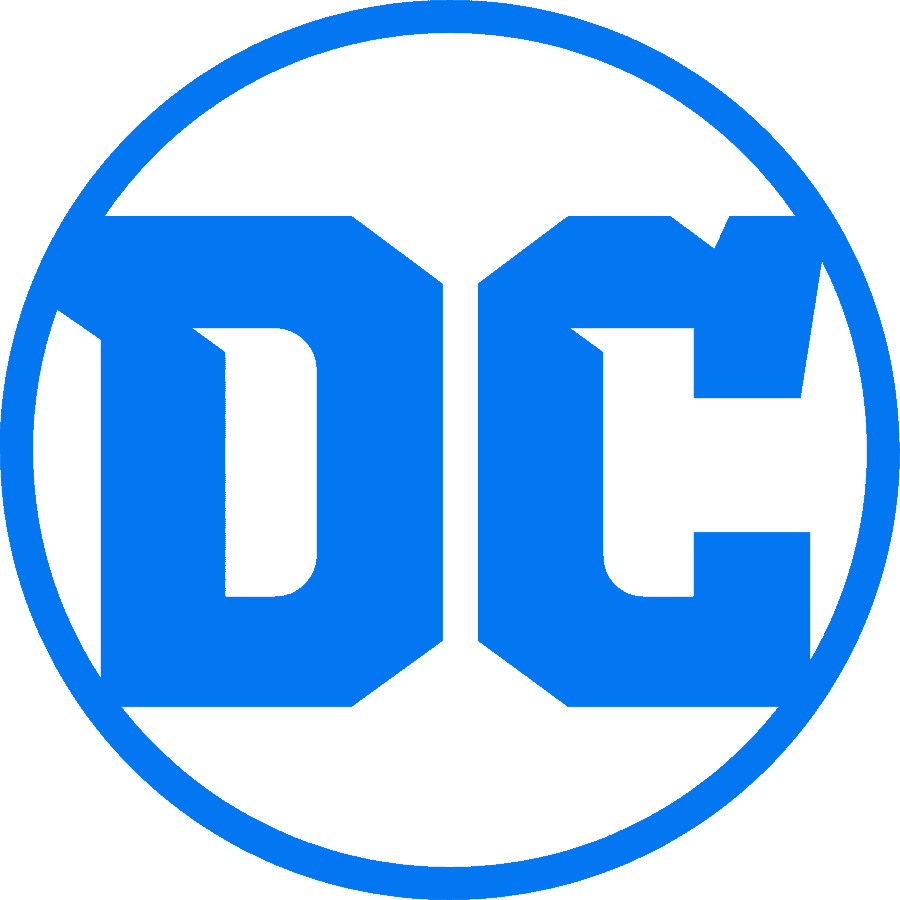 DC Comics Kicks Off Yearlong Publishing Initiative with Epic Storylines and Superstar Creative Teams That Forge the Future, One Hero at a Time

Burbank, CA—Nov. 18, 2022—DC Comics is embarking on a yearlong storytelling initiative: Dawn of DC. Following the events of Dark Crisis on Infinite Earths and DC Universe: Lazarus Planet, the world’s superheroes have emerged from the biggest, most devastating battles of their lives and are reinvigorated in their fights against evil. With epic new storylines, over 20 exciting new titles, superstar creative teams, and villains that will push the heroes beyond their limits in bold adventures, this line-wide, multievent narrative initiative kicks off with January’s Action Comics #1051.

All year long, DC will be celebrating the classic characters while also embracing the next generation of new heroes, as we’re going to need everyone to help fight against the darkness. Dawn of DC will shine the spotlight on a number of fan-favorite superheroes and super-villains that haven’t been front and center for some time.

“After the near-Multiverse-ending events in Dark Crisis on Infinite Earths and DC Universe: Lazarus Planet, the DC Universe will be heading toward the light,” said DC publisher and chief creative officer Jim Lee. “With brand-new series and story arcs from some of the top creative members in comics, Dawn of DC is one of our most ambitious initiatives ever and is a chance for us to tell bigger and bolder stories across our line.”

With bold new directions for some of DC’s biggest characters, such as Batman, Superman, Nightwing, Harley Quinn, and Poison Ivy, Dawn of DC is an easy entry point for both lifelong readers and those picking up a comic for the first time to dive into the new stories. Over 20 new comic titles will be launching throughout 2023 as part of Dawn of DC, featuring Hal Jordan, John Stewart, Shazam, the Doom Patrol, Green Arrow, Cyborg, the Penguin, and more.

Officially kicking off in January with the previously announced Action Comics #1051, Dawn of DC features an exciting new era for the Man of Steel. Action Comics #1051 is the start of a format change that will see three new stories included in each issue from writers Phillip Kennedy Johnson, Dan Jurgens (The Death of Superman), and Leah Williams (Amazing Mary Jane). In Superman #1 out in February, from writer Joshua Williamson (Dark Crisis on Infinite Earths) and artist Jamal Campbell (Naomi), Clark Kent is settling back into his life on Earth while iconic and new enemies erupt from the shadows to take him on. Jon Kent will also get to forge his own path and will take on the man responsible for his kidnap and torture, Ultraman, in Adventures of Superman: Jon Kent #1 by Tom Taylor (Dark Knights of Steel) and Clayton Henry (Worlds without a Justice League: Green Arrow) available at local comic shops in March.

Spinning directly out of Lazarus Planet, the world’s strangest superheroes are saving the world by saving its monsters! In the team’s first main line series in over a decade, the Doom Patrol returns in Unstoppable Doom Patrol by Dennis Culver (Justice League Incarnate) and Chris Burnham (Batman Incorporated), available in March.

(Superboy: The Man of Tomorrow Cover by Jahnoy Lindsay)

Clark and Jon won’t be the only Kent family members with their own series. The 2022 DC Round Robin-winning Superboy: The Man of Tomorrow by Kenny Porter (Flash: The Fastest Man Alive) and Jahnoy Lindsay (DC Power: A Celebration) will launch in April. Determined to find his place in a strange universe, Conner Kent/Superboy leaves Earth behind. But his journey of self-discovery brings him face-to-face with a group of freedom fighters who challenge not just everything Conner stands for but what it means to bear the Superman crest.

Oliver Queen has been lost since Dark Crisis on Infinite Earths, and his family is determined to find him—but there are dangerous forces just as determined to keep them apart at any cost. Green Arrow by writer Joshua Williamson and artist Sean Izaakse (Thunderbolts), which launches in April, is an action-packed adventure across the DC Universe that sets the stage for major stories in 2023.

(Batman: The Brave and the Bold #1 Variant Cover by Simone Di Meo)

Dark Crisis on Infinite Earths forever changed Victor Stone, and now, as Dawn of DC rises, he might just hold the secret to Earth’s future! He gets his own series, Cyborg, in May from a talent team that will be revealed at a later date.

(In progress artwork from Shazam #1 by Dan Mora)

The creative team behind the smash-hit Batman/Superman: World’s Finest, writer Mark Waid and artist Dan Mora, is reunited once again on Shazam!, available in June. Billy Batson is back as the champion in the action-comedy comic about a boy with powers that rival Superman’s and a whole lot of growing up left to do. We’ll see Shazam hanging out at the Rock of Eternity, his secret clubhouse that can travel through space and time, as well as punching dinosaurs in the face, seeing how long he can hold his breath on the moon, and getting into wild and fun adventures with his tiger, Tawky Tawny, by his side.

After escaping Gotham City and his criminal past to happily retire to Metropolis, the Penguin is forced back into organized crime by the U.S. government! The feathered felon, and Gotham City, will never be the same. Spinning out of the pages of Batman, The Penguin (working title) will be available in June from writer Tom King and artist Stefano Gaudiano (The Walking Dead).

Just in time for his 30th anniversary, John Henry Irons must bring Metropolis into the future while trusting his niece Natasha to carry the mantle of Steel. Steelworks will be available in June from a talent team that will be revealed at a later date. 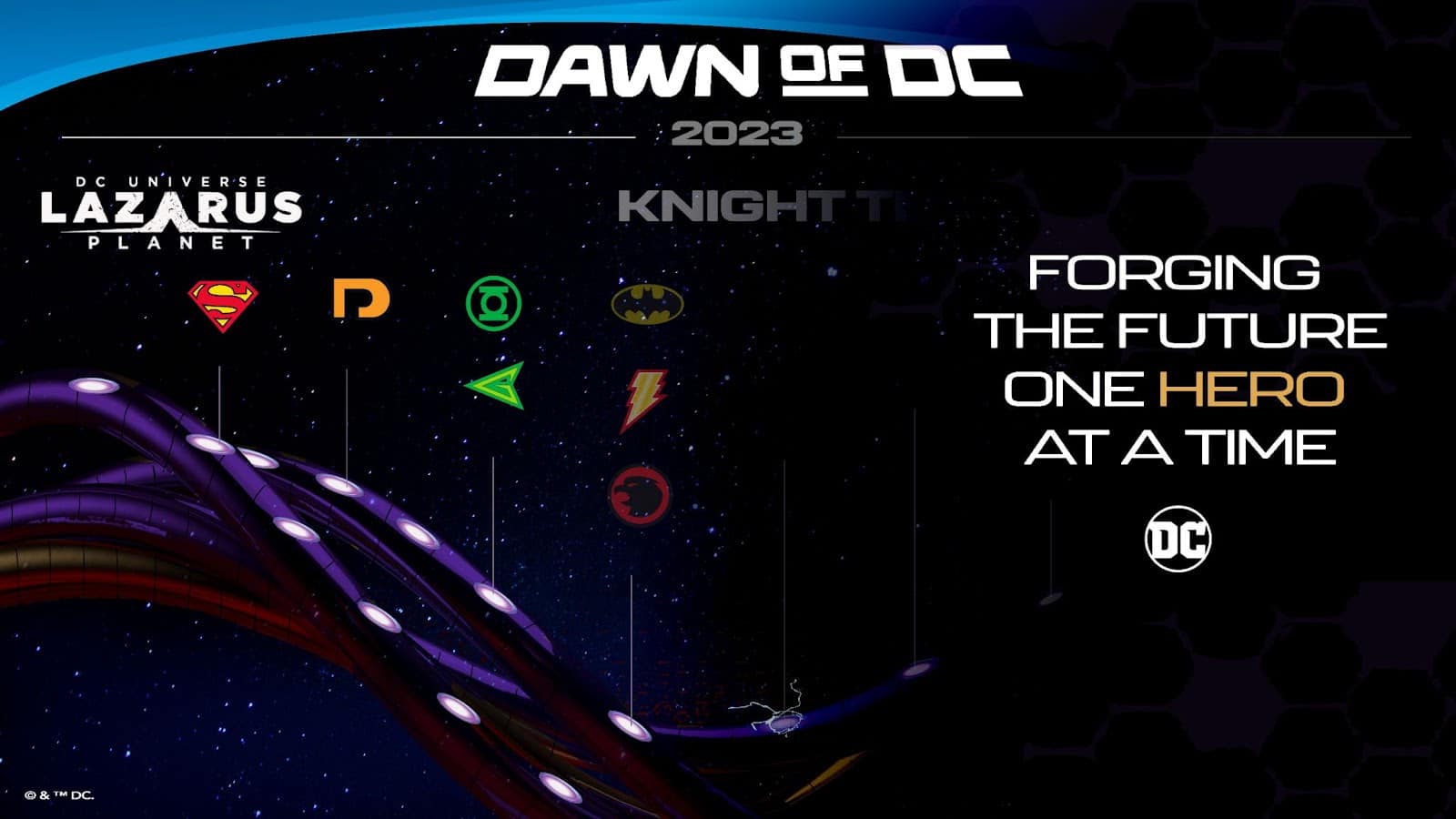 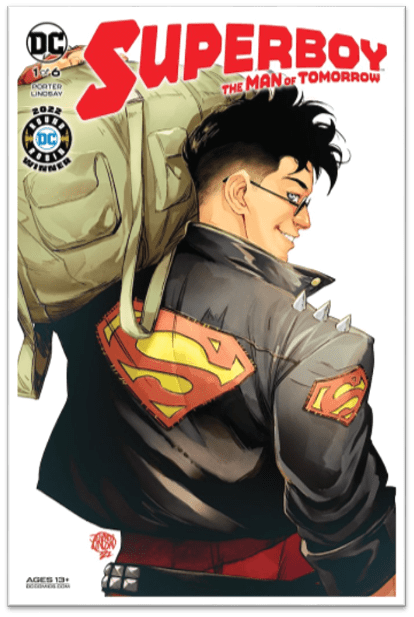 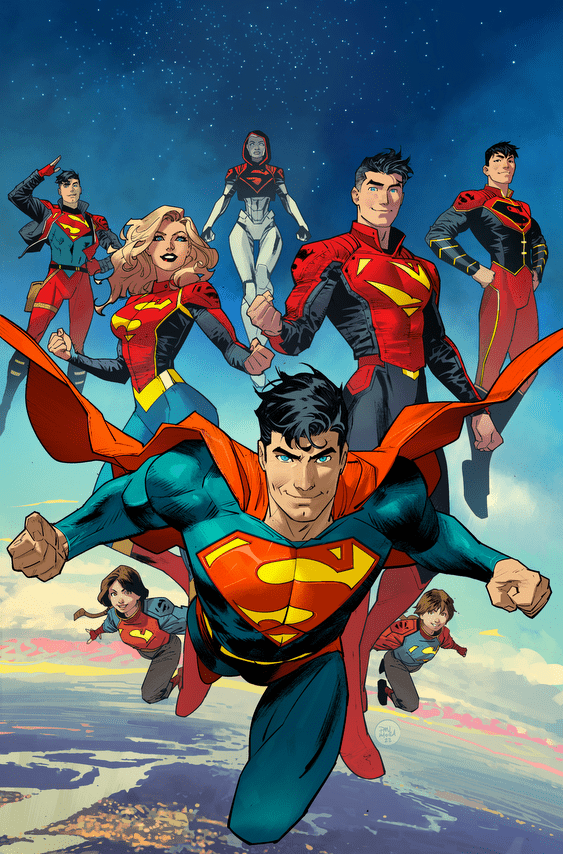 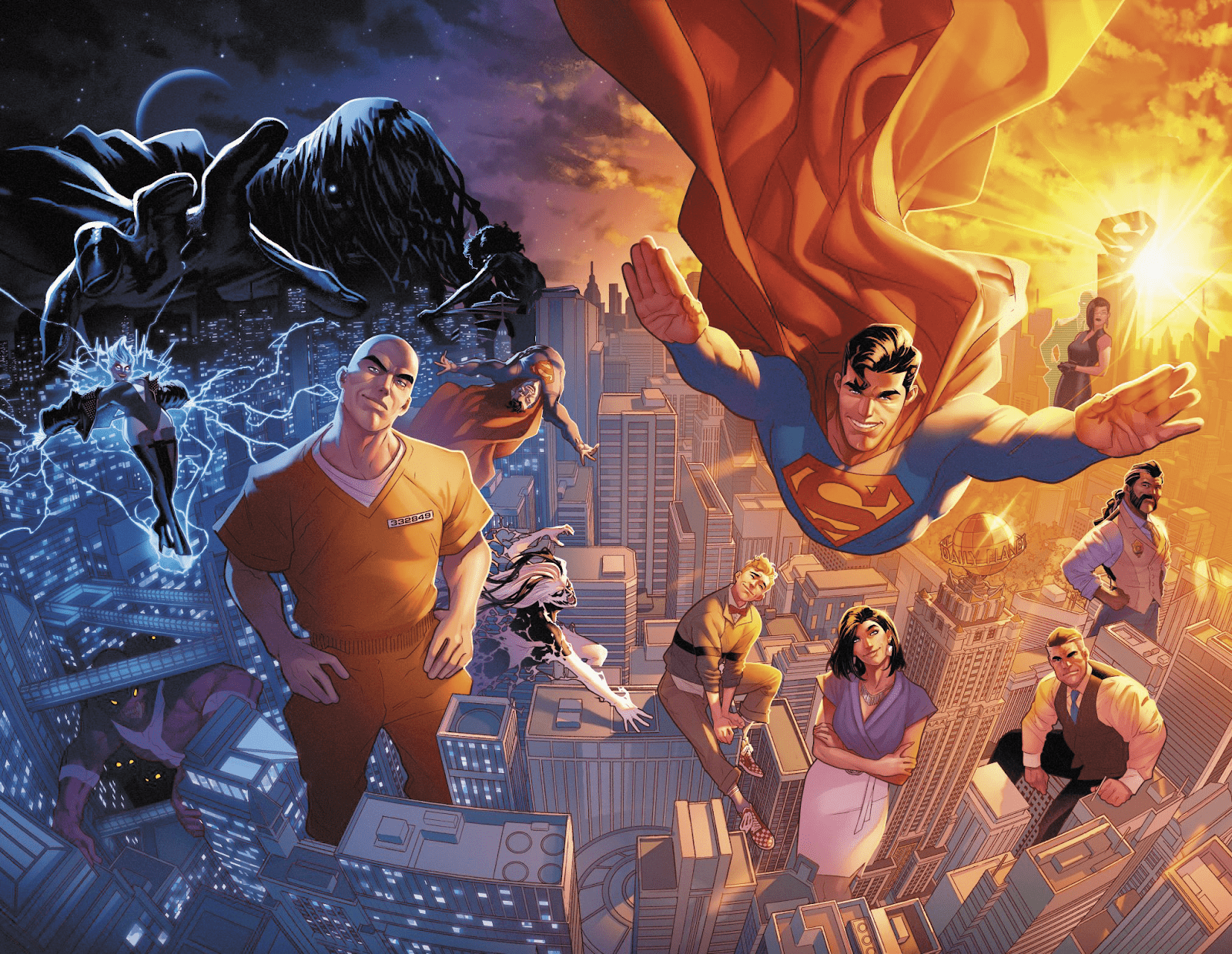 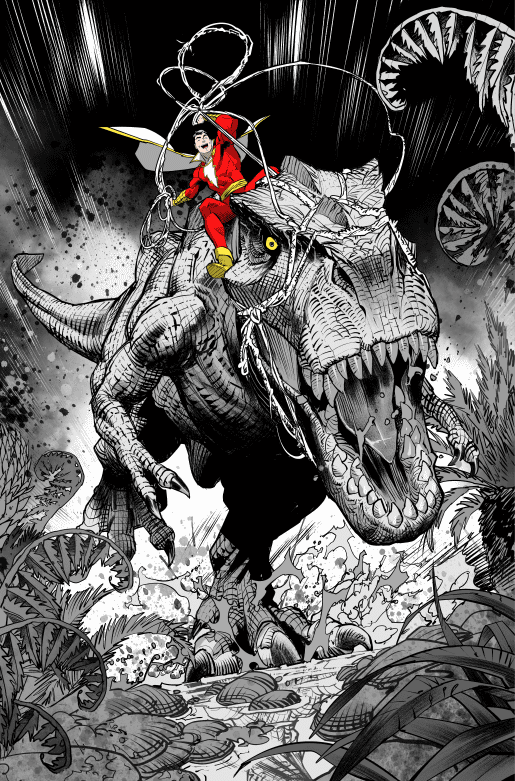 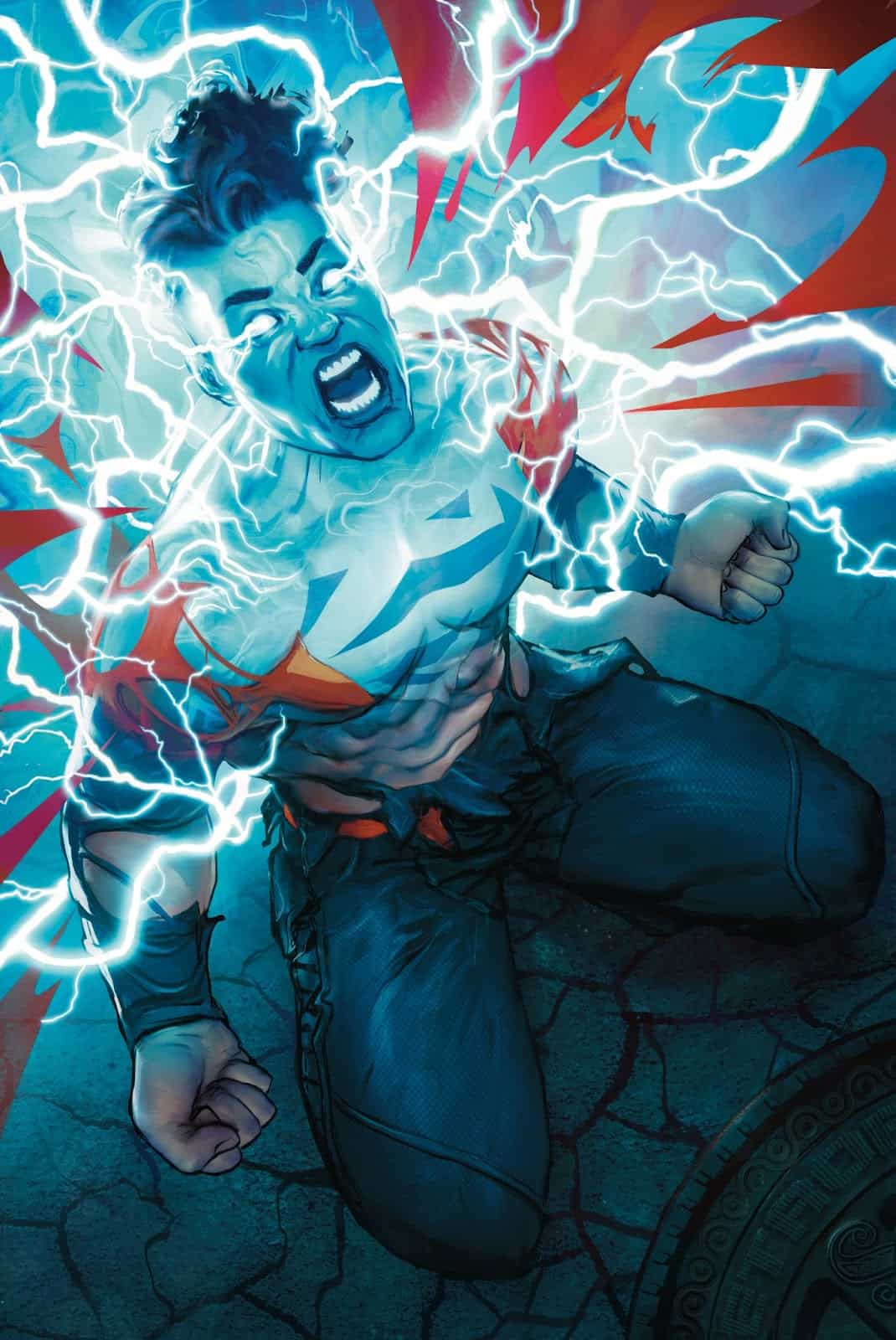 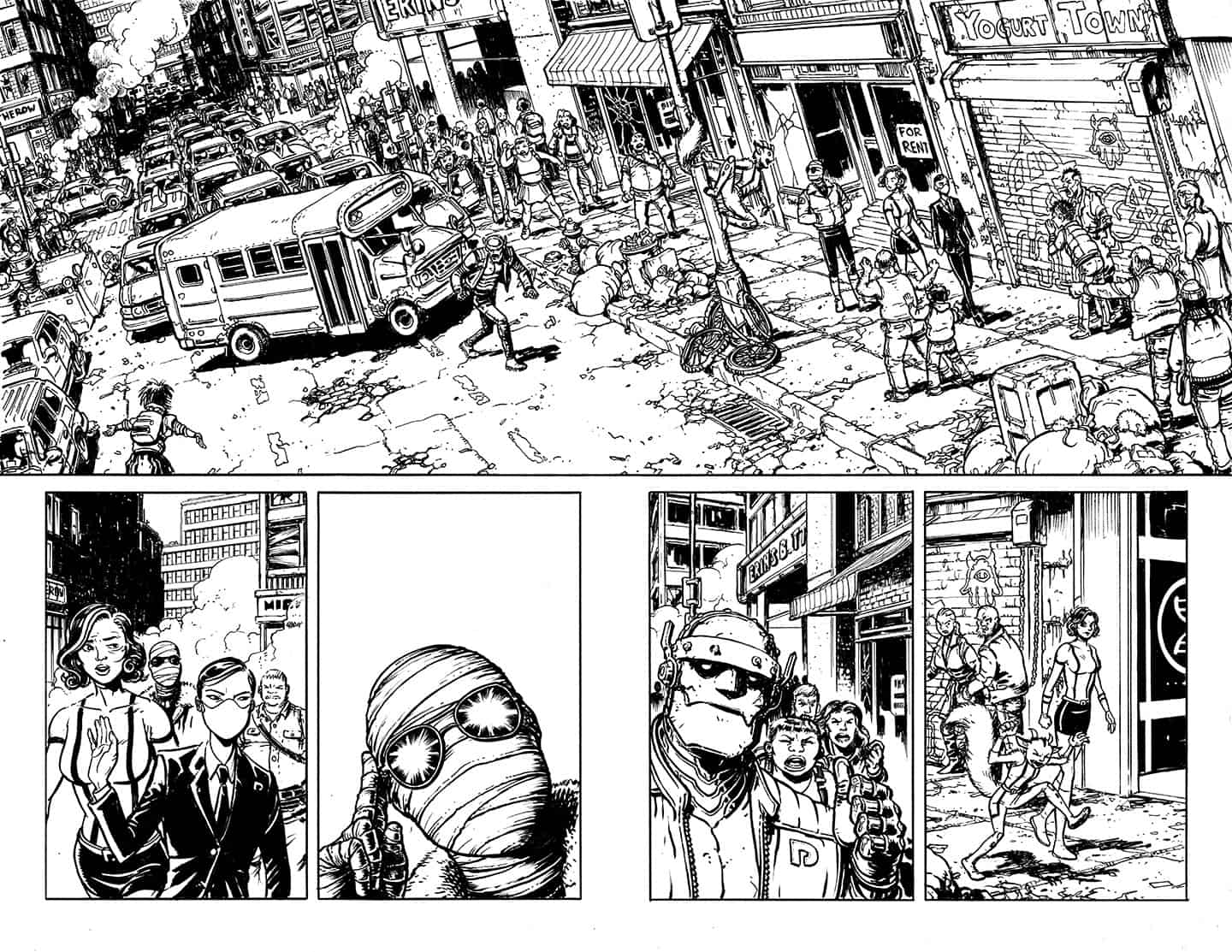 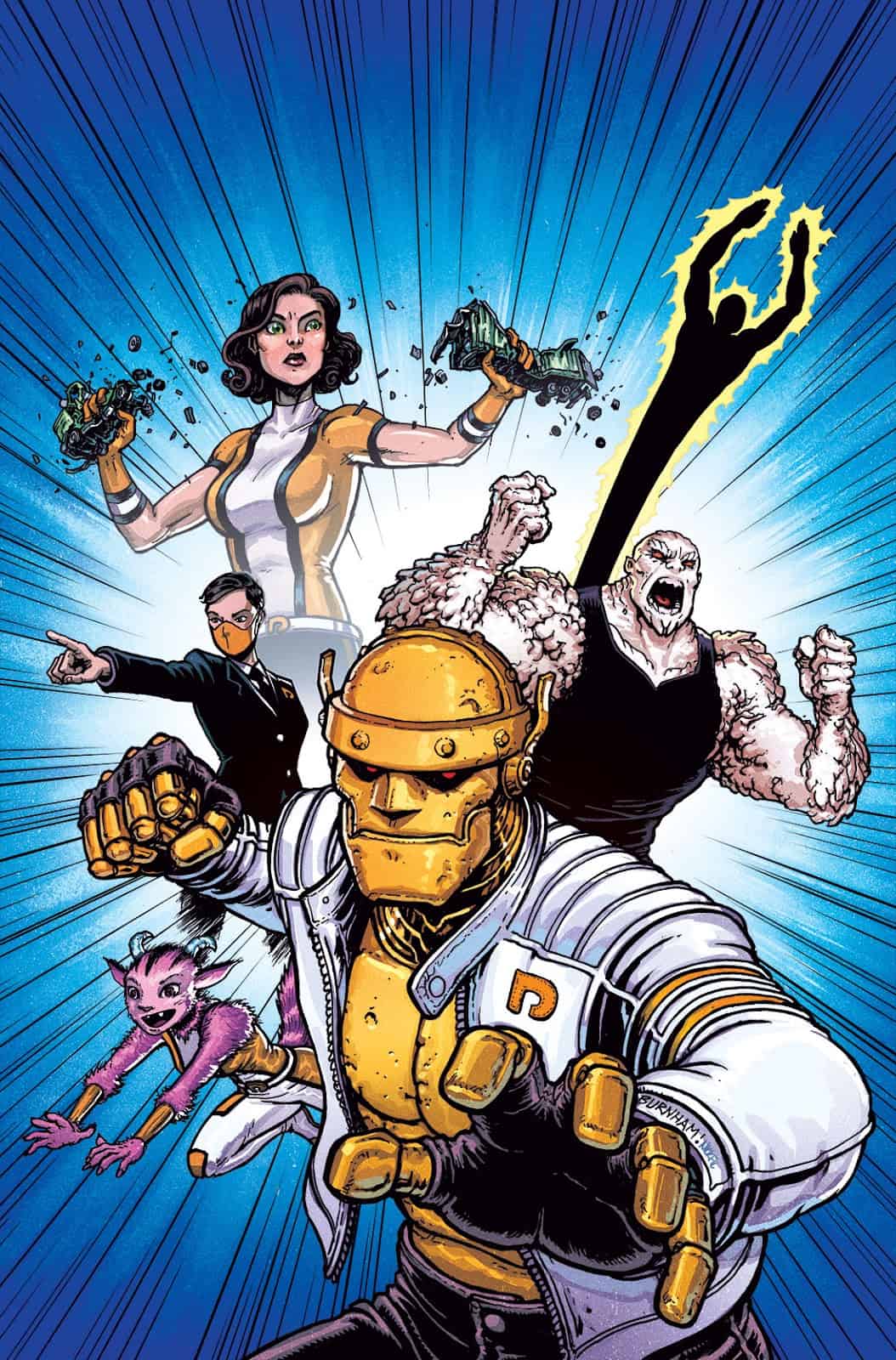 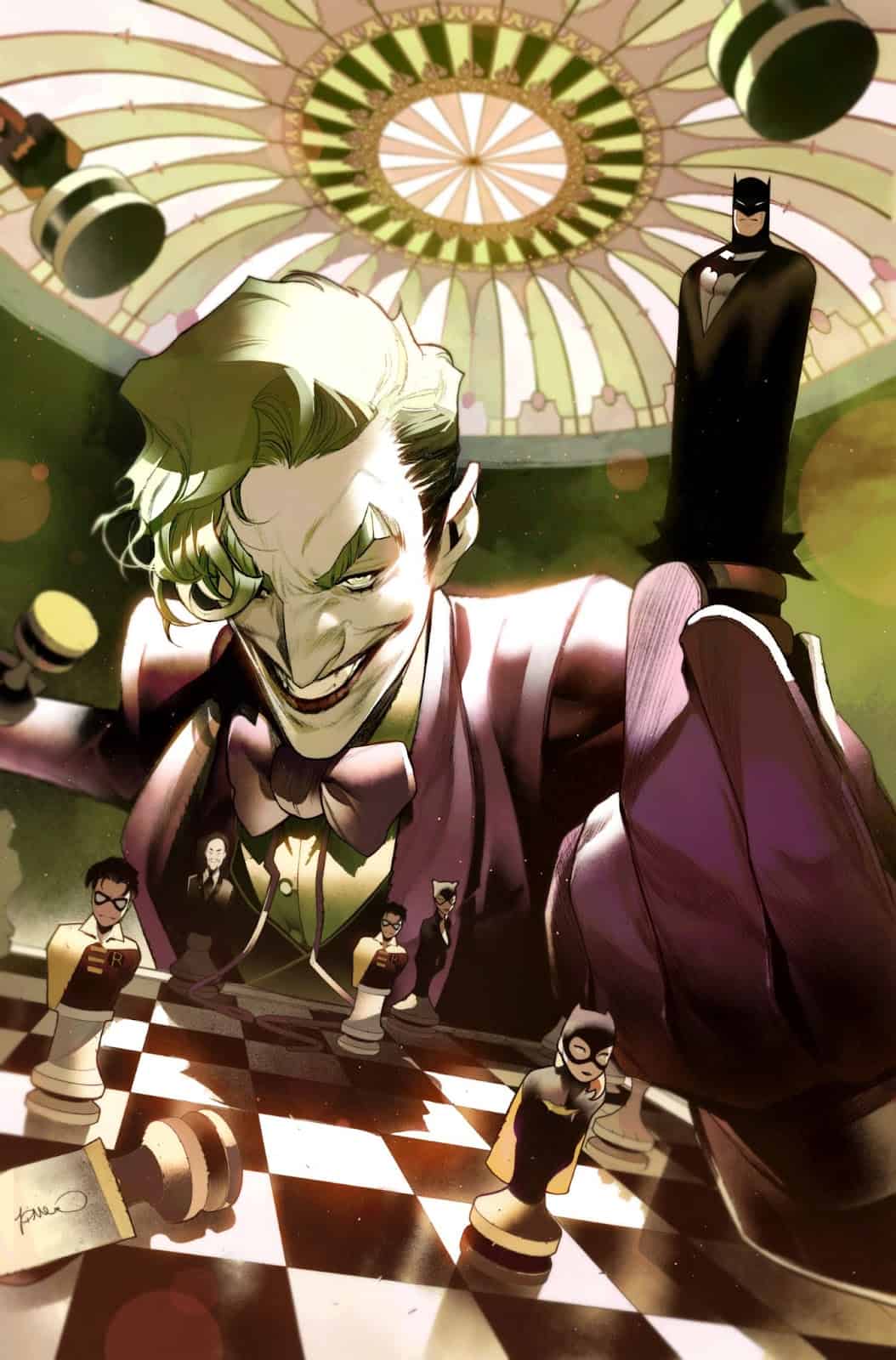 Stay tuned as more from Dawn of DC, including the titles releasing in the second half of 2023, will be announced soon!

For the latest information on everything DC, visit www.DC.com and follow @DCComics and @TheDCNation on social media. The DC Universe Infinite digital subscription service is your one-stop spot for a host of classic and memorable stories; for more information and to subscribe, check out www.dcuniverseinfinite.com.