Wise Son and Tech-9 have returned from their military tours in Afghanistan, reuniting with their comrade Fade and returning to a very different Dakota and Paris Island. As super heroes like Icon, Rocket and Static have become part of the crimefighting landscape, other “Bang Babies” have been forming rival gang factions.

And then there’s Holocaust; his influence is growing on Paris Island, and with his own super-powered army growing, who will look out for the people of Dakota’s most dangerous neighborhood while the capes aren’t watching?

And what secrets have Wise Son and Tech-9 brought back to Paris Island from their tour overseas? As the struggle for control of the neighborhood spirals into all-out war, who will control Paris Island, and at what cost?

Check out the awesome unlettered 7 page preview from ChrisCross, Juan Castro and Wilfredo Quintana below: 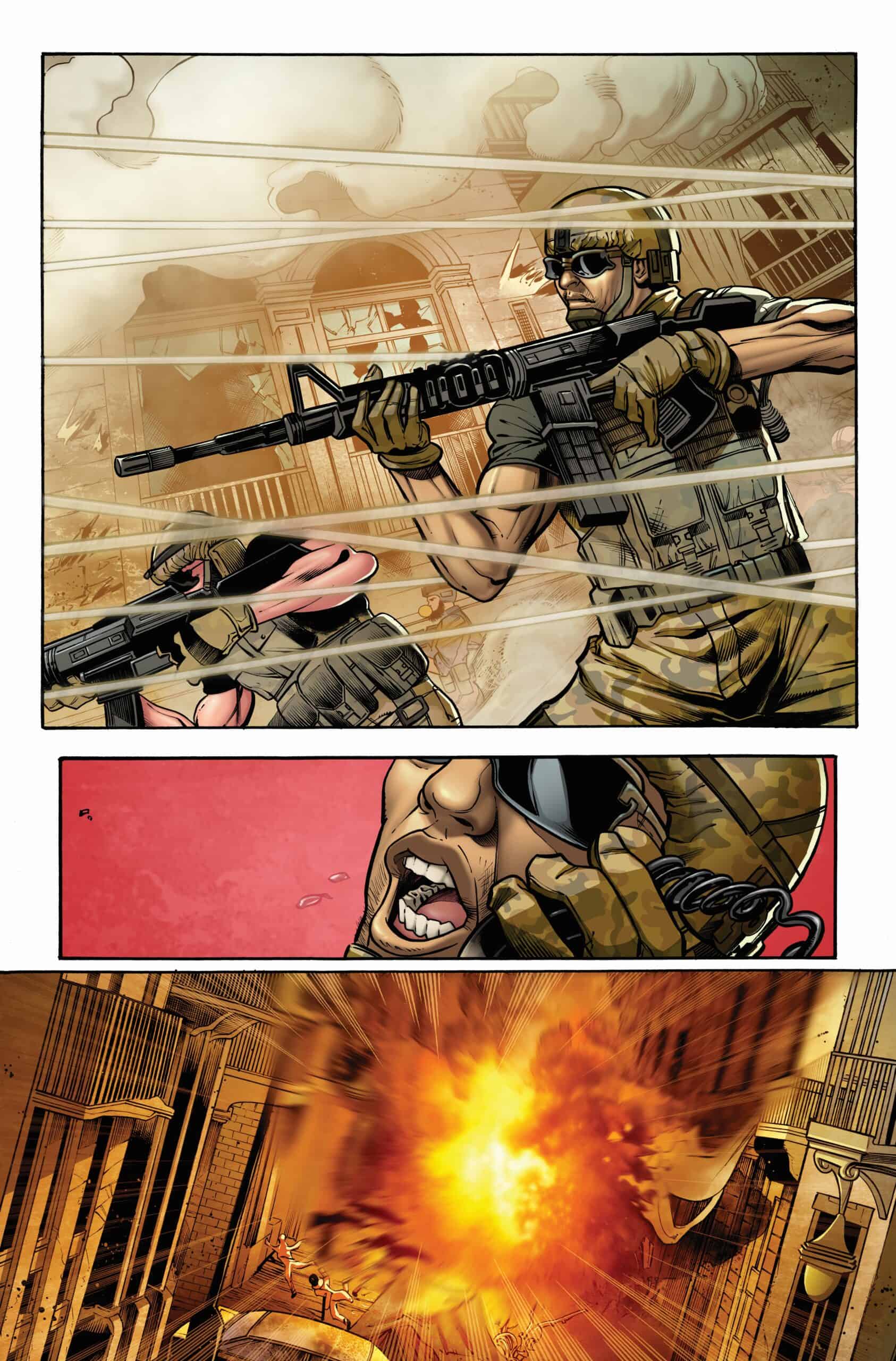 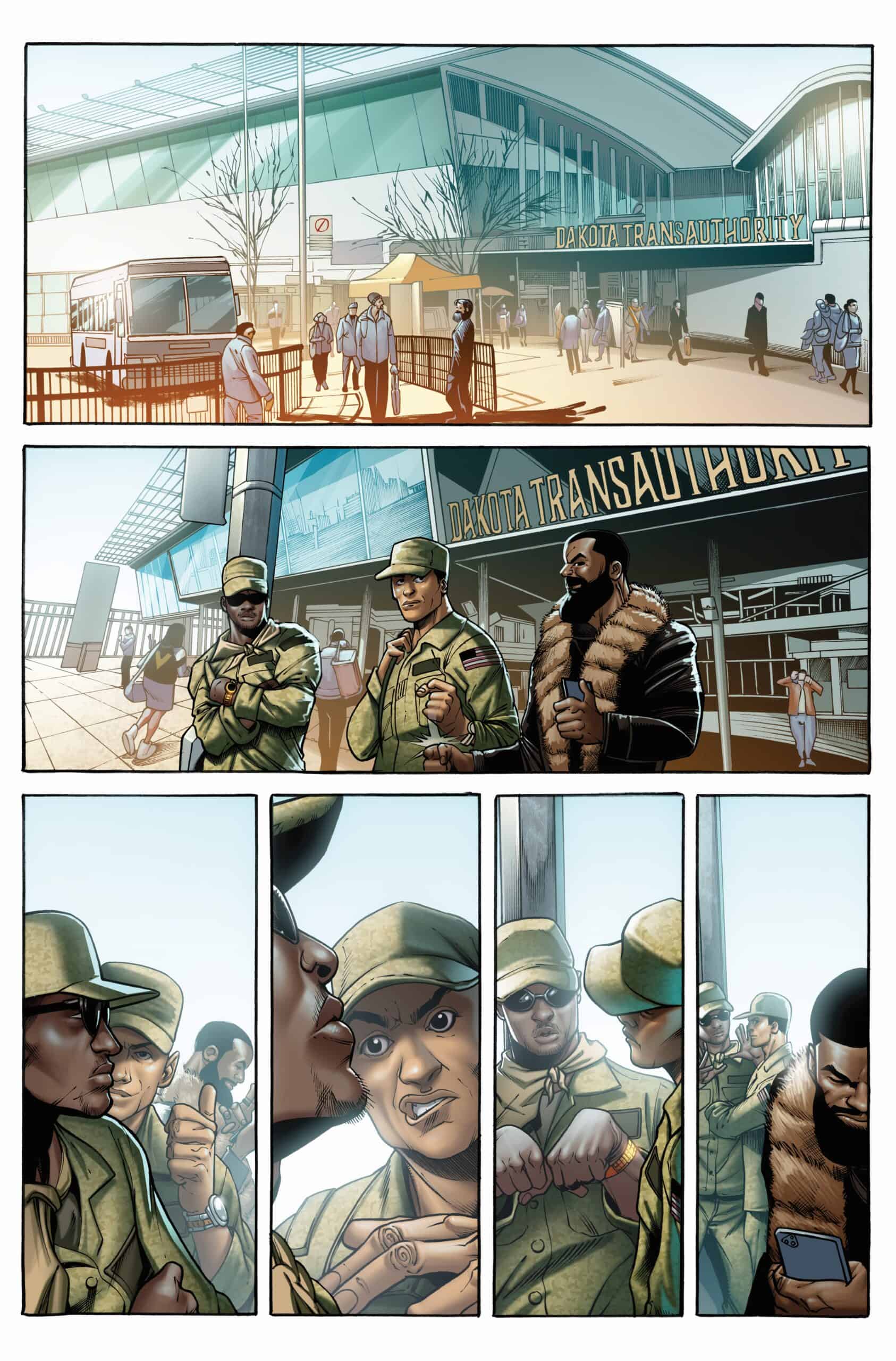 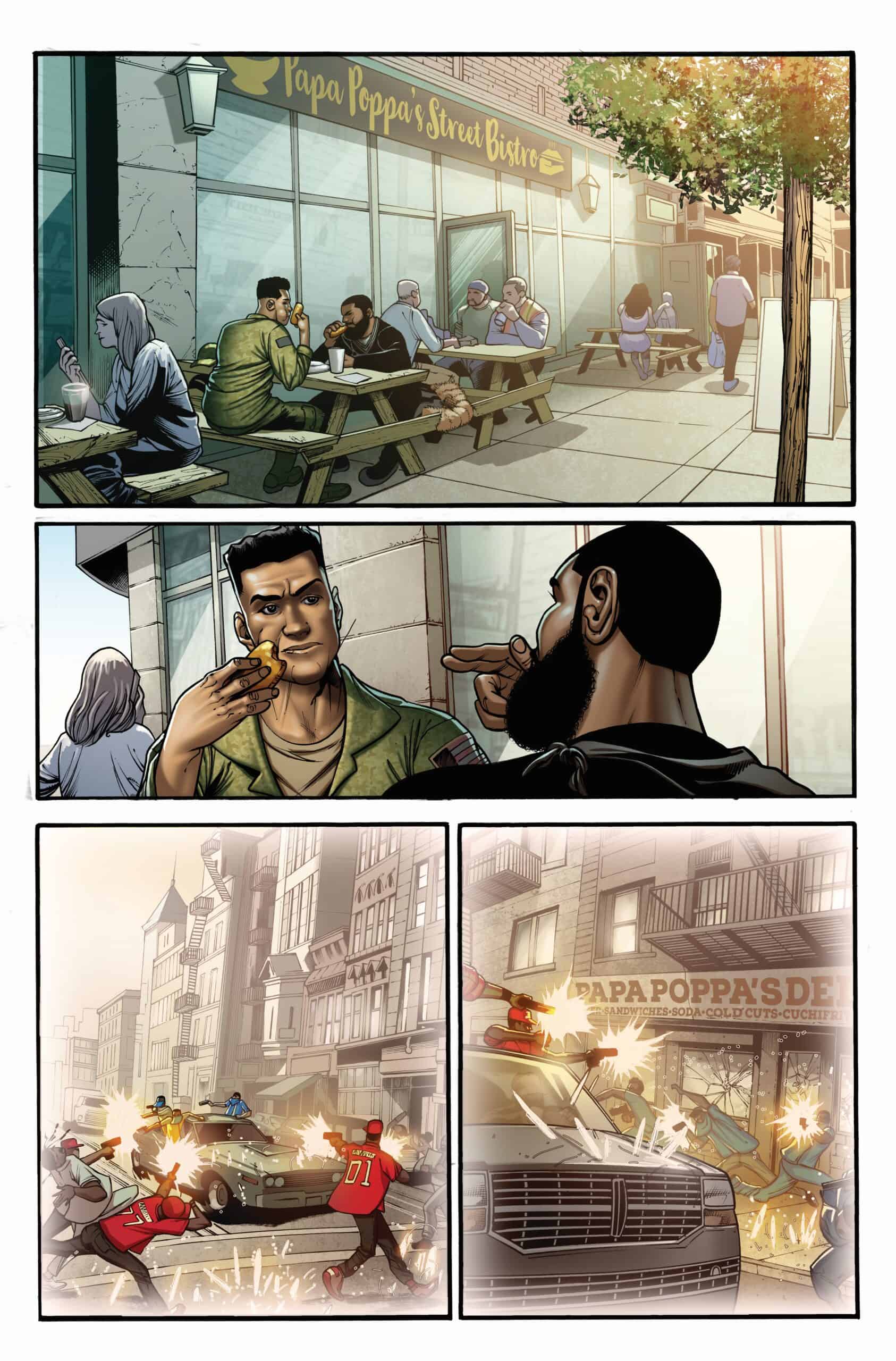 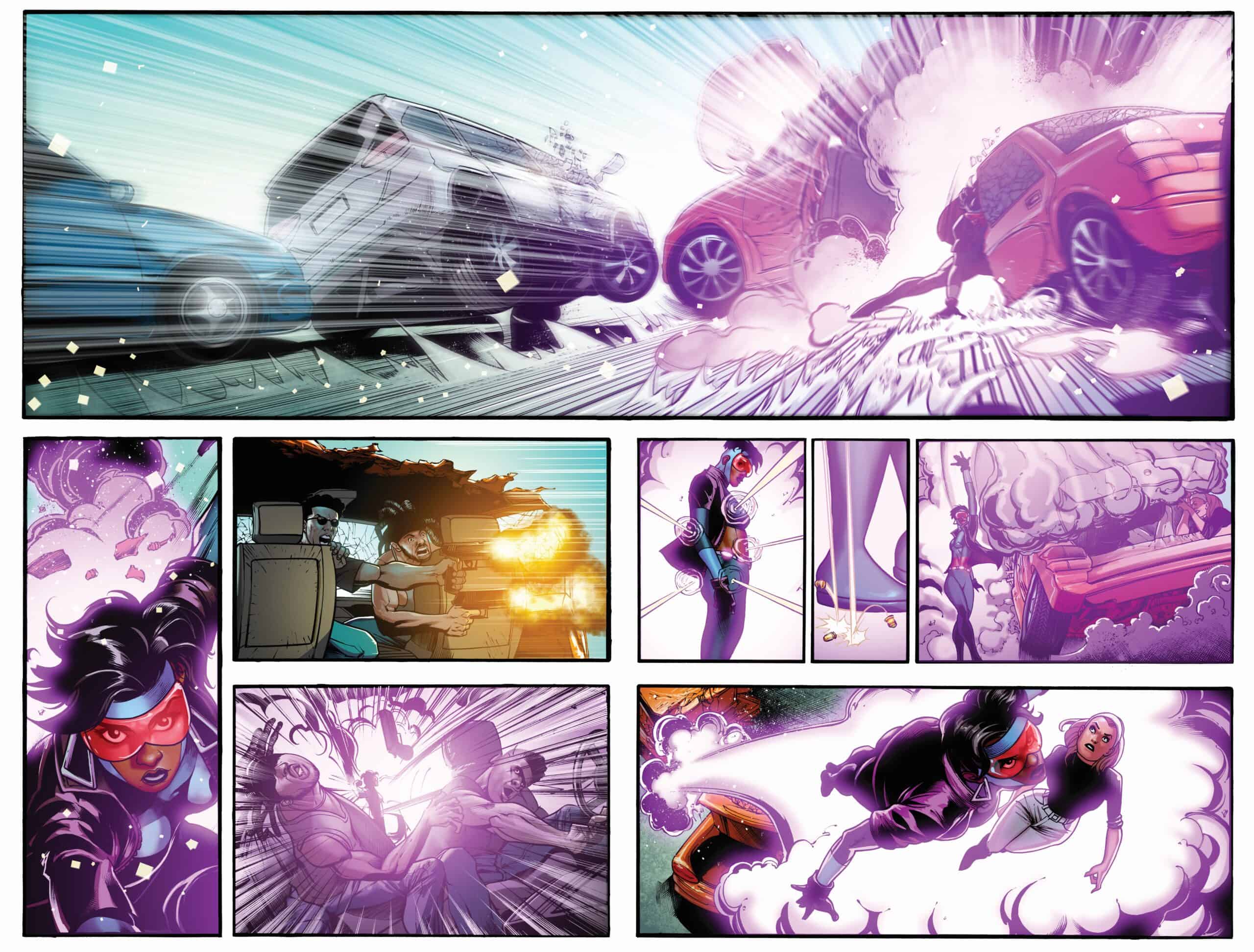 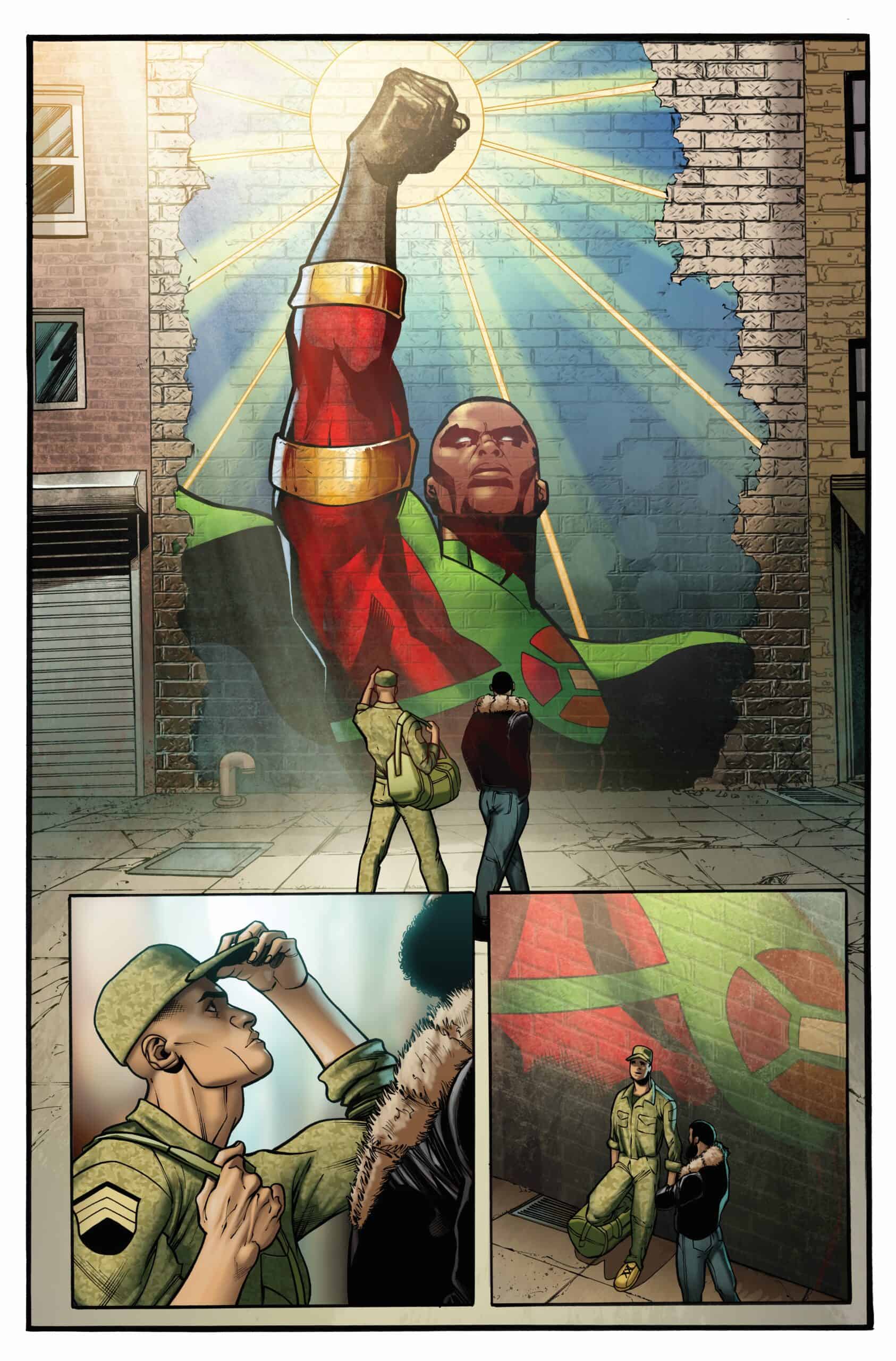 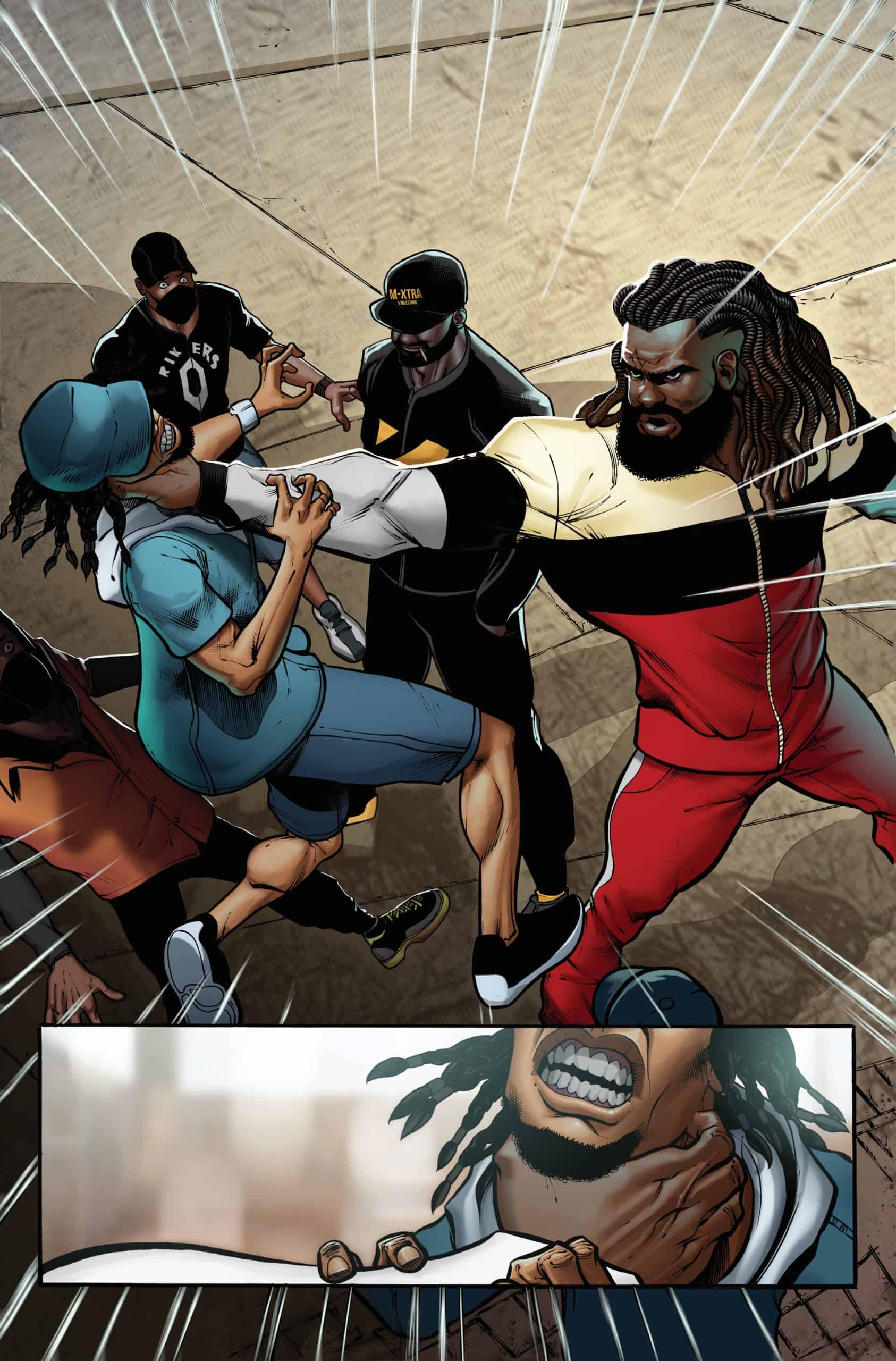 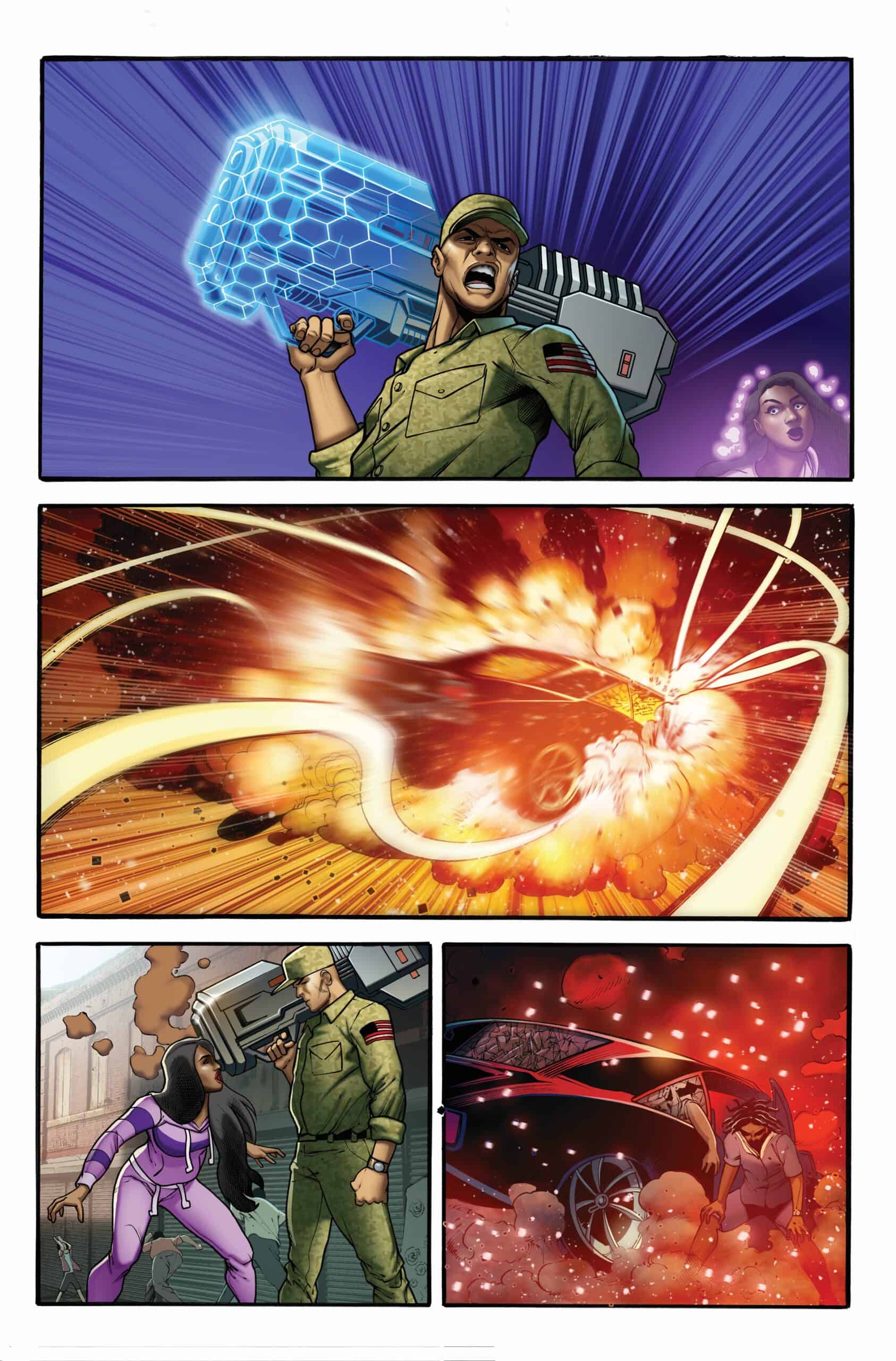 All Images courtesy of DC Comics

In addition to these stunning interior pages, the main cover by Dexter Soy and the “old school” open to order variant by ChrisCross, two new covers are available for pre-order: A “new school” open-to-order variant by Static: Season One breakout artist Nikolas Draper-Ivey, plus an awesome 1:25 ratio variant spotlighting Holocaust, by Rahzzah. Check local comic book shops for availability and pre-order details. 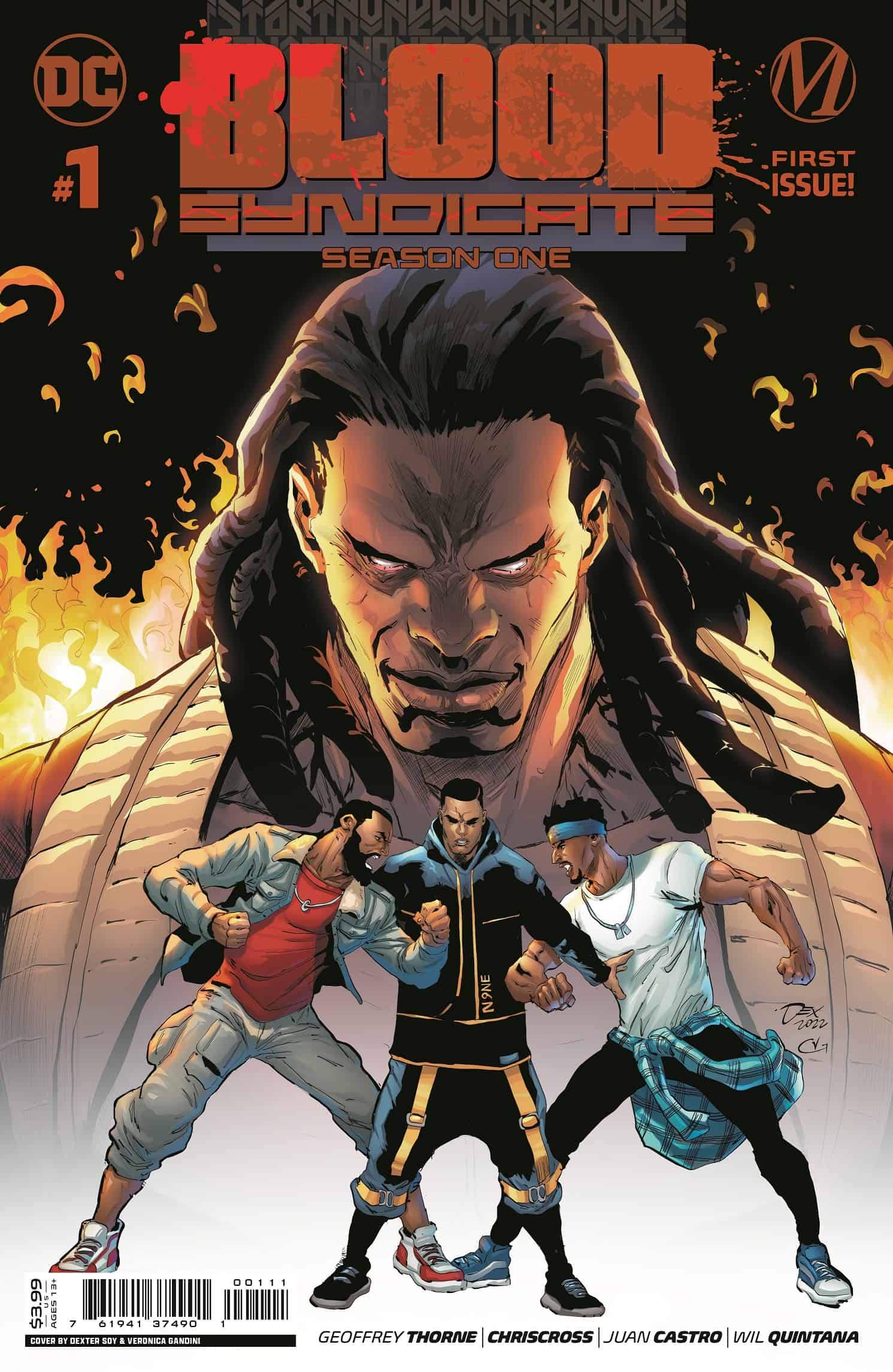 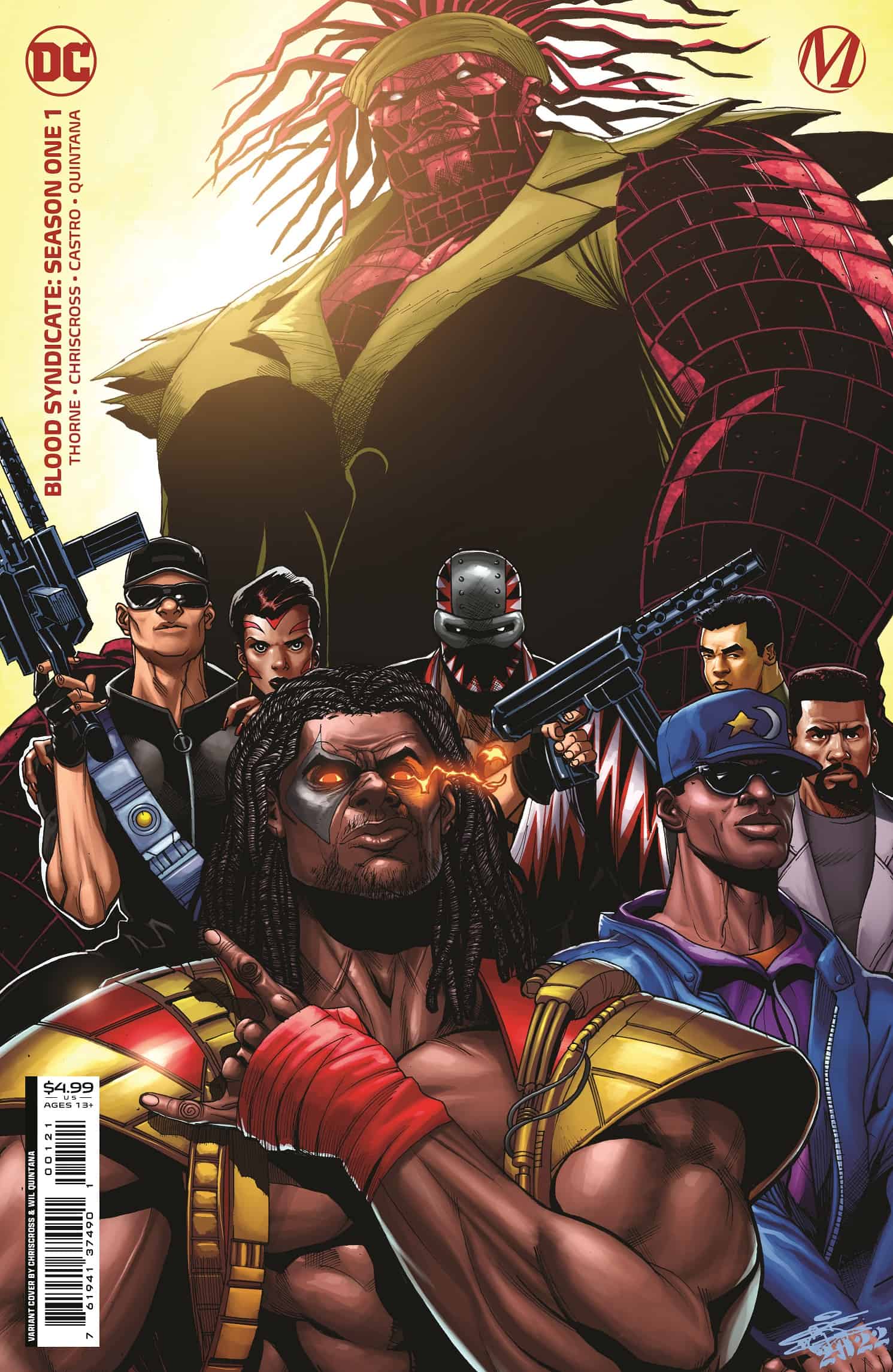 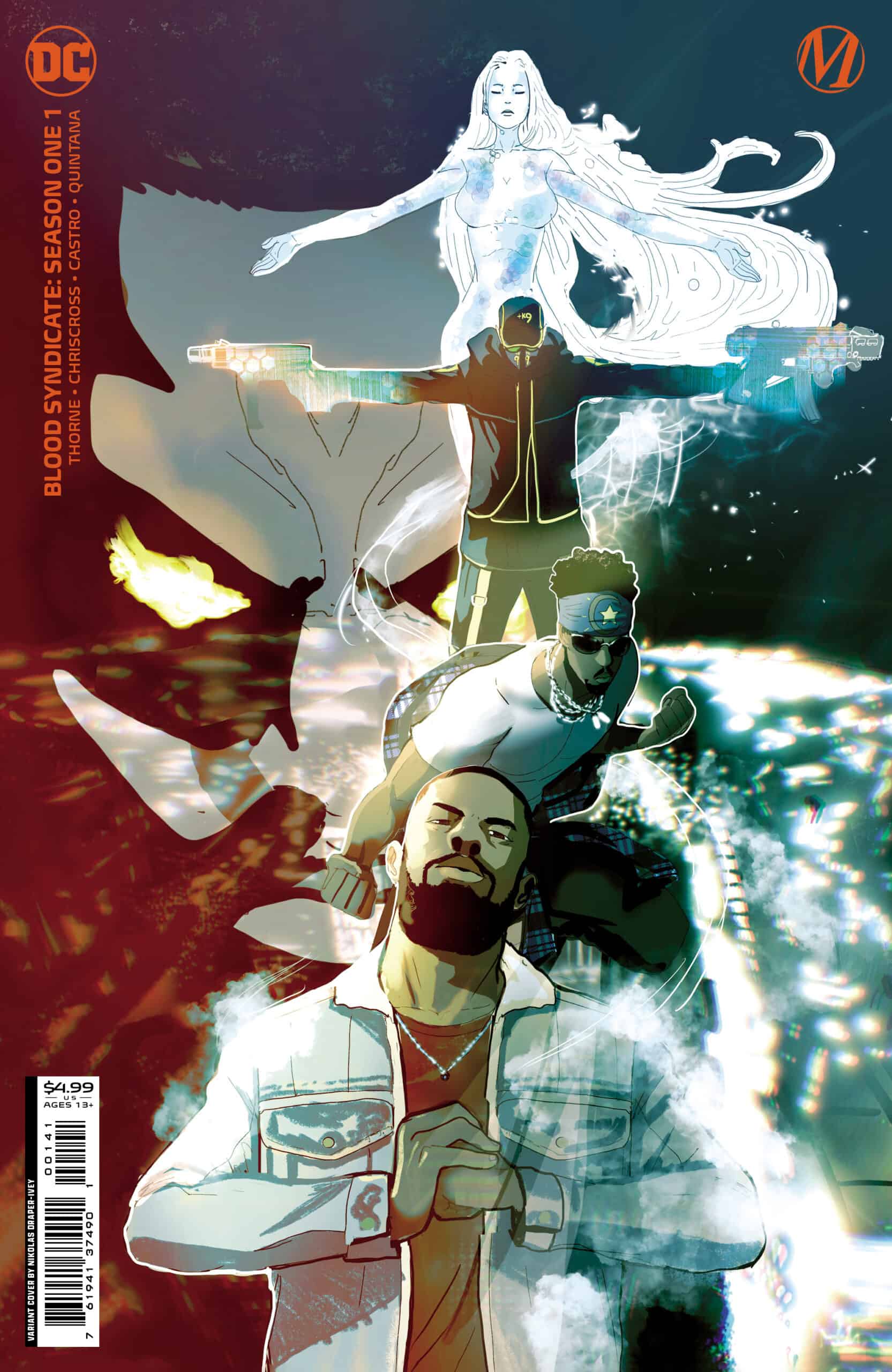 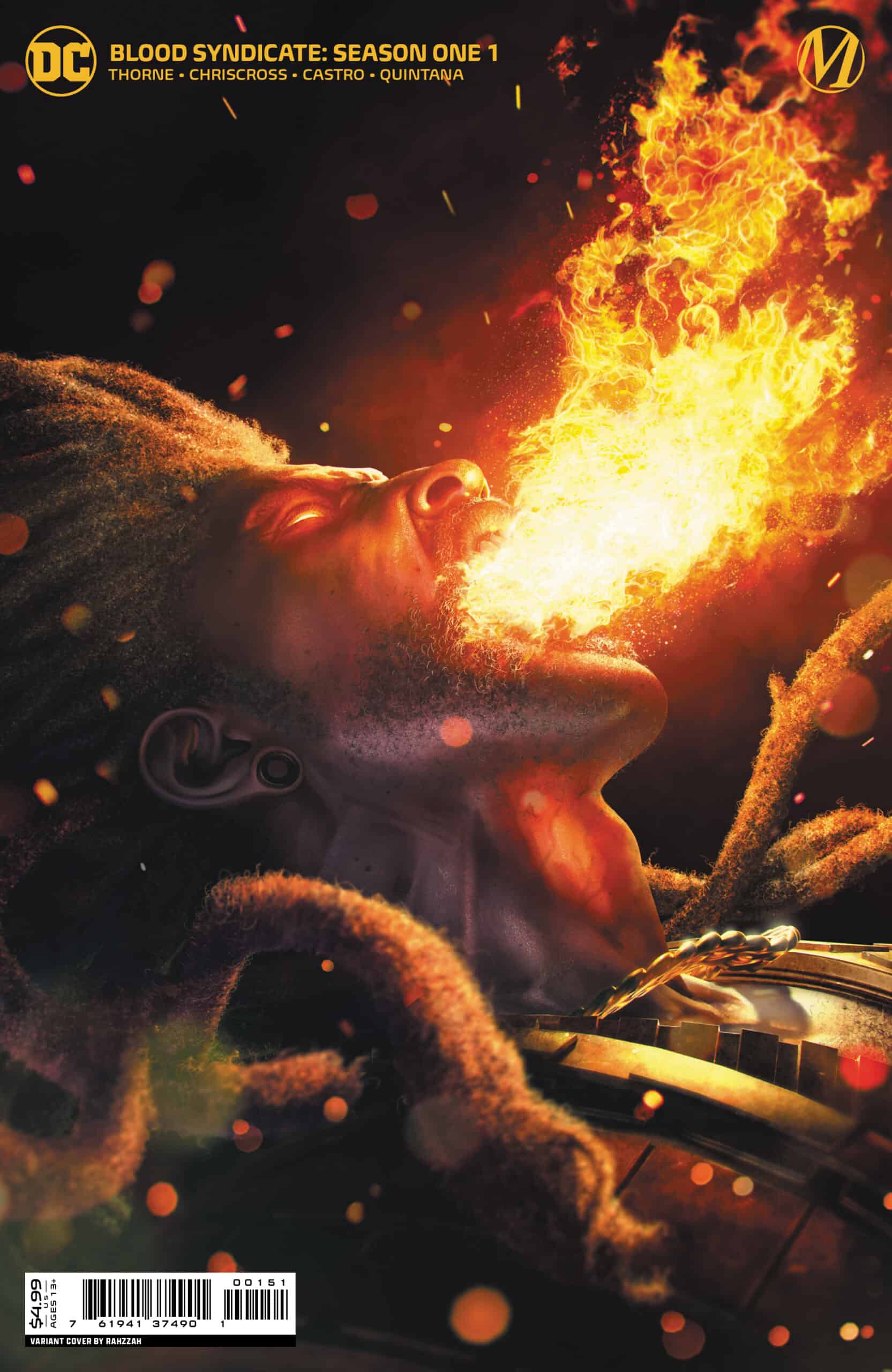 For the latest on the heroes of Milestone, check out the DC website at www.dccomics.com, and follow on social media @DCComics and @thedcnation. And The Milestone Initiative Talent Development Program is moving full speed ahead cultivating the next generation of Black and diverse super hero storytellers; learn more about them by visiting the Milestone hub at www.dcuniverse/milestone. 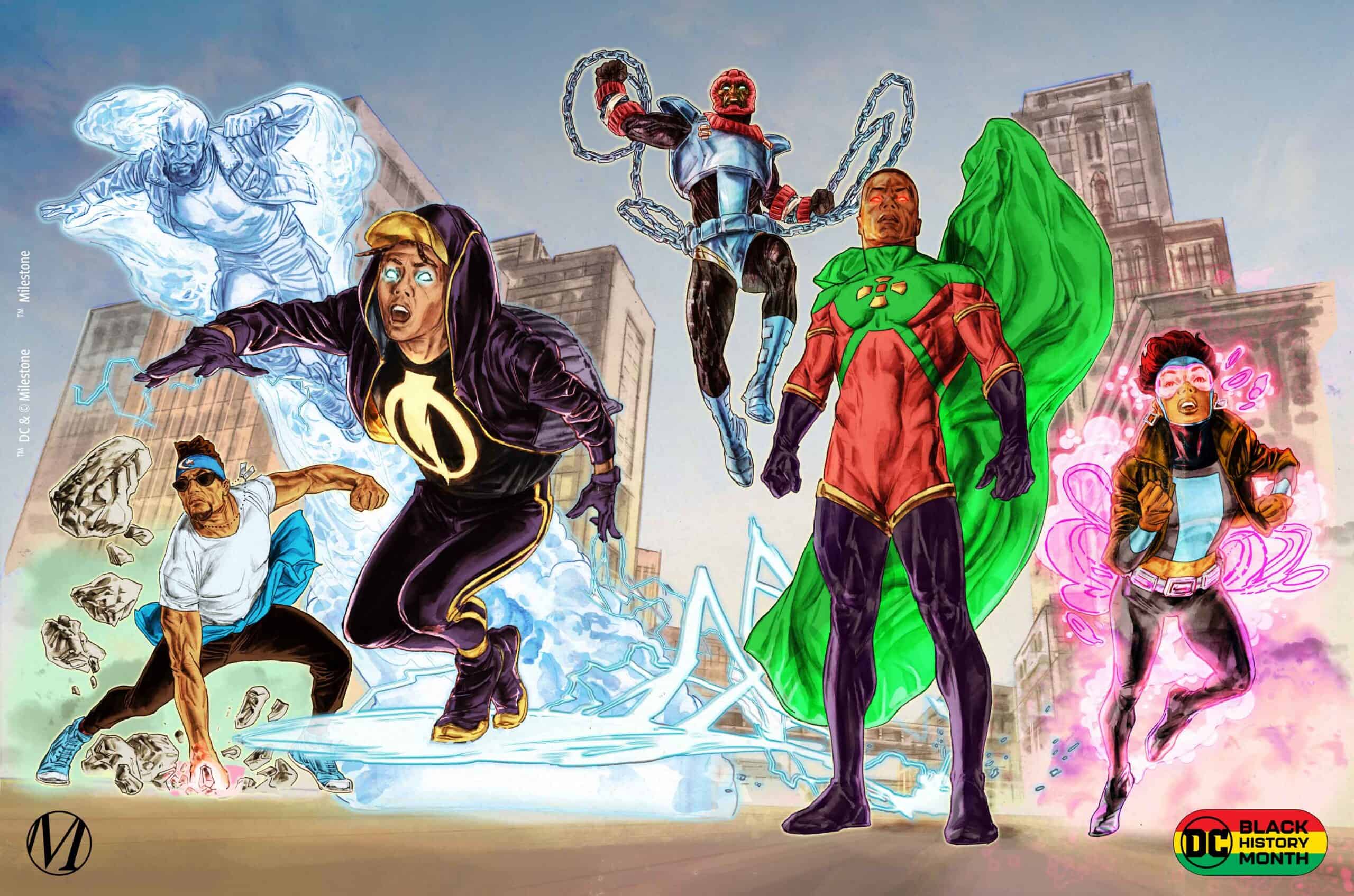 The DC UNIVERSE INFINITE digital subscription service includes a great selection of classic and new Milestone titles, including the original Blood Syndicate; for more details and a free trial, visit the website at www.dcuniverseinfinite.com.