Written by Brendan Deneen and Illustrated by Bell Hosalla, Readers Will Experience a Thrilling Fight for Survival
as a Young Oliver Queen Becomes Green Arrow
From DC’s Books for Young Readers Line, the Middle-Grade Graphic Novel will be Available
Digitally and at Participating Bookstores on March 1, 2022

Following 80 years of storied Green Arrow adventures, DC announced today that middle-grade readers and fans of the Emerald Archer alike can prepare for an all-new graphic novel from DC’s Books for Young Readers line with Green Arrow: Stranded, available on March 1, 2022! Penned by award-winning writer Brendan Deneen (The Ninth Circle, Flash Gordon) and illustrator Bell Hosalla, this new take on Green Arrow’s classic origin story stars a younger hero than ever before. Following a plane crash on a deserted island, 13-year old Oliver Queen must quickly learn the skills he needs to survive and protect his injured father. 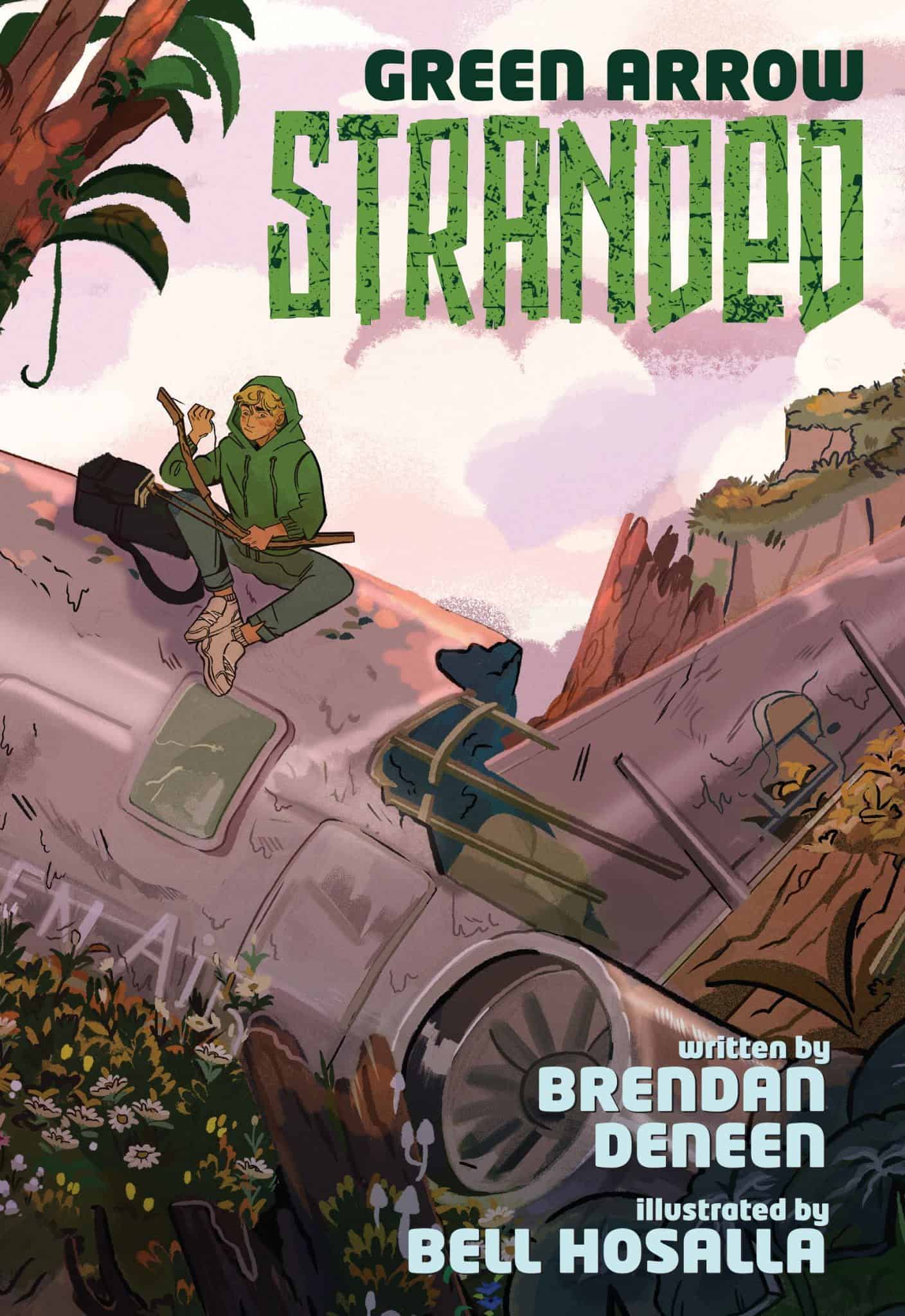 Ollie has always hated the idea of hunting, but his dad insisted they go on this trip with his business partner, Sebastian, and his son, Tyler. When Ollie fails to take a perfect shot the teasing starts, and he wonders if his dad will ever be proud of him again.

But just when he thought their trip couldn’t get any worse, their private jet is struck by lightning and crash-lands on a deserted island. Ollie awakens to find his dad seriously injured and the other passengers nowhere in sight. If they hope to survive, he’s going to have to learn skills he’s avoided developing so far. Ollie has never felt less sure of who he is…or if he will be able to hang on until help arrives.

Green Arrow: Stranded marks the first DC project for both Brendan Deneen and Bell Hosalla. Deneen is an author of multiple titles including the award-winning coming-of-age novel The Ninth Circle and graphic novels including Flash Gordon, an original The Island of Misfit Toys book, and Scatterbrain. Green Arrow: Stranded marks the first graphic novel for Hosalla.

Green Arrow: Stranded will be available digitally and at participating bookstores next Spring. A hi-res image of the book’s cover is available here and lettered, first-look interior images will be available soon. This is the third graphic novel that has been announced as part of DC’s 2022 lineup of books for young readers. Earlies this month, the publisher released information on additional middle-grade titles Green Lantern: Alliance (arriving April 5, 2022) and Shazam! Thundercrack (arriving June 7, 2022).

For more information on the World’s Greatest Super Heroes, visit www.dccomics.com, the DC YouTube channel, or follow @DCComics and @TheDCNation on social media. For a free trial of DC Universe Infinite, visit the website at www.dcuniverseinfinite.com.