NOVEMBER IS THE MONTH OF ROBIN AT DC 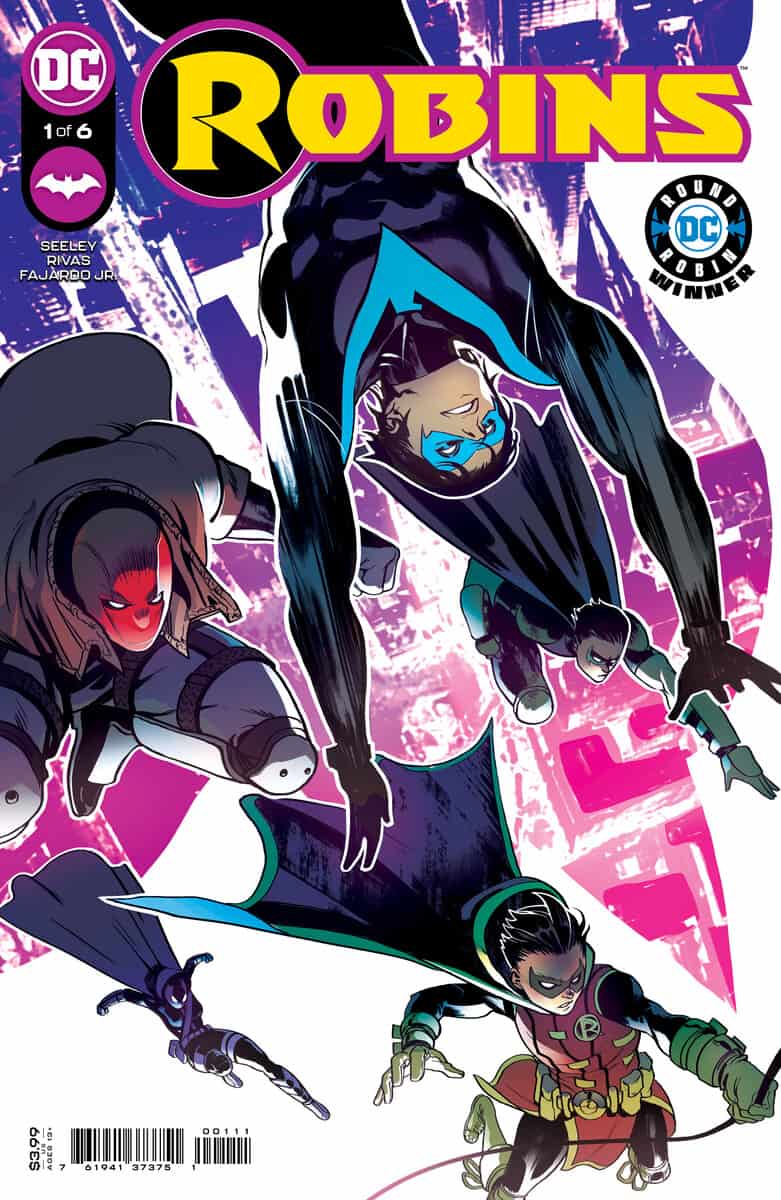 DC Has announced that ROBINS is the winner of DC’s Round Robin Competition! Over a million fans voted in the winner-take-all bracket in a fierce competition that puts the Lazarus Tournament to shame.

ROBINS #1, written by Tim Seeley (GRAYSON, SUICIDE SQUAD: KING SHARK), with art by Baldemar Rivas (UNEARTH), peels back the domino mask on the realities and costs of being a Robin. Dick Grayson, Jason Todd, Tim Drake, Stephanie Brown, and Damian Wayne come together in the world’s most specific support group to finally talk about whether being a Robin was a good idea… but they can’t even do that without being ambushed. As an unknown assailant claims to have been the first Robin, the flock of Robins must figure out who she is, and what it means to be a Robin.

Be sure to check out DC CONNECT #16, available digitally Friday, 8/13, to see pages in progress from series artist Baldemar Rivas!

This true fan-favorite title—with the votes to prove it!—will be available to DC UNIVERSE INFINITE SUBSCRIBERS first, with Issue #1 hitting the service on October 26th, and flying into stores on November 16th.

And not to spoil any fun surprises… but fans will want to head into their local comic book shop to pick up the variant cover by Babs Tarr, and keep an eye out for all the variants. The Robins have really been working hard, and DC has plans to showcase them.