DC, the home of Batman, Superman, Wonder Woman, and the World’s Greatest Super Heroes, is inviting young readers into the world of super-hero storytelling with My First Comic, a program debuting in 500 participating Walmart stores across North America and on Walmart.com.
With graphic novels among the fastest-growing categories in book sales, My First Comic is an ideal way to exercise the imaginations as well as the reading and learning skills of readers ages six through nine. Each 48-page two-in-one “flipbook” features stories spotlighting DC characters, plus activity pages containing mazes, puzzles, matching games, and more.
“My First Comic is a great way to extend popular DC characters to a new audience that’s just learning to read, providing a gateway into other age-appropriate DC content, like our middle grade graphic novels,” said Nancy Spears, VP – Revenue, DC. “DC’s partnership with Walmart has been instrumental in presenting our characters and stories to a mass-market audience, and now parents who are reading our Walmart four-pack bundled comics and 100-page Giants can share the DC Super Hero experience with their children.”
My First Comic – Batman is the debut title in the line, featuring classic stories from DC’s Batman Adventures series. “No Asylum” is written by Ty Templeton with art by Rick Burchett, Terry Beatty, and Lee Loughridge. “Who Am I” is written by Dan Slott, with art by Templeton, Beatty, and Loughridge. The issue also includes “Fowl Play,” by Beatty and Templeton, with colors by Zylonol, and “Free Man,” written by Templeton, with art by Burchett, Beatty, and Loughridge.
Basketball champion and global icon LeBron James and the characters of Warner Bros. Looney Tunes take center stage in My First Comic – Space Jam: A New Legacy. This 48-page flipbook features three original stories, beginning with Bugs Bunny and Daffy Duck donning the costumes of Batman and Superman for their own super-hero showdown in “Bat-Bunny vs. Superduck,” by writer Sholly Fisch, with art by Phillip Murphy and Carrie Strachan. The book also spotlights the high-speed hijinks of Wile E. Coyote and the Road Runner in “Welcome Home,” written by Derek Fridolfs, with art by Robert Pope, Scott McRae, and Mohan Sivakami.
On the flip side, Derek Fridolfs, Robert Pope, Scott McRae, and Silvana Brys pit Bugs Bunny against Marvin the Martian (with a little help from Space Jam: A New Legacy’s Al G. Rhythm) in “Spaced Out,” followed by a preview of the Space Jam: A New Legacy original graphic novel, available now at Walmart, as well as at participating comic book retailers, book stores, and digital platforms. 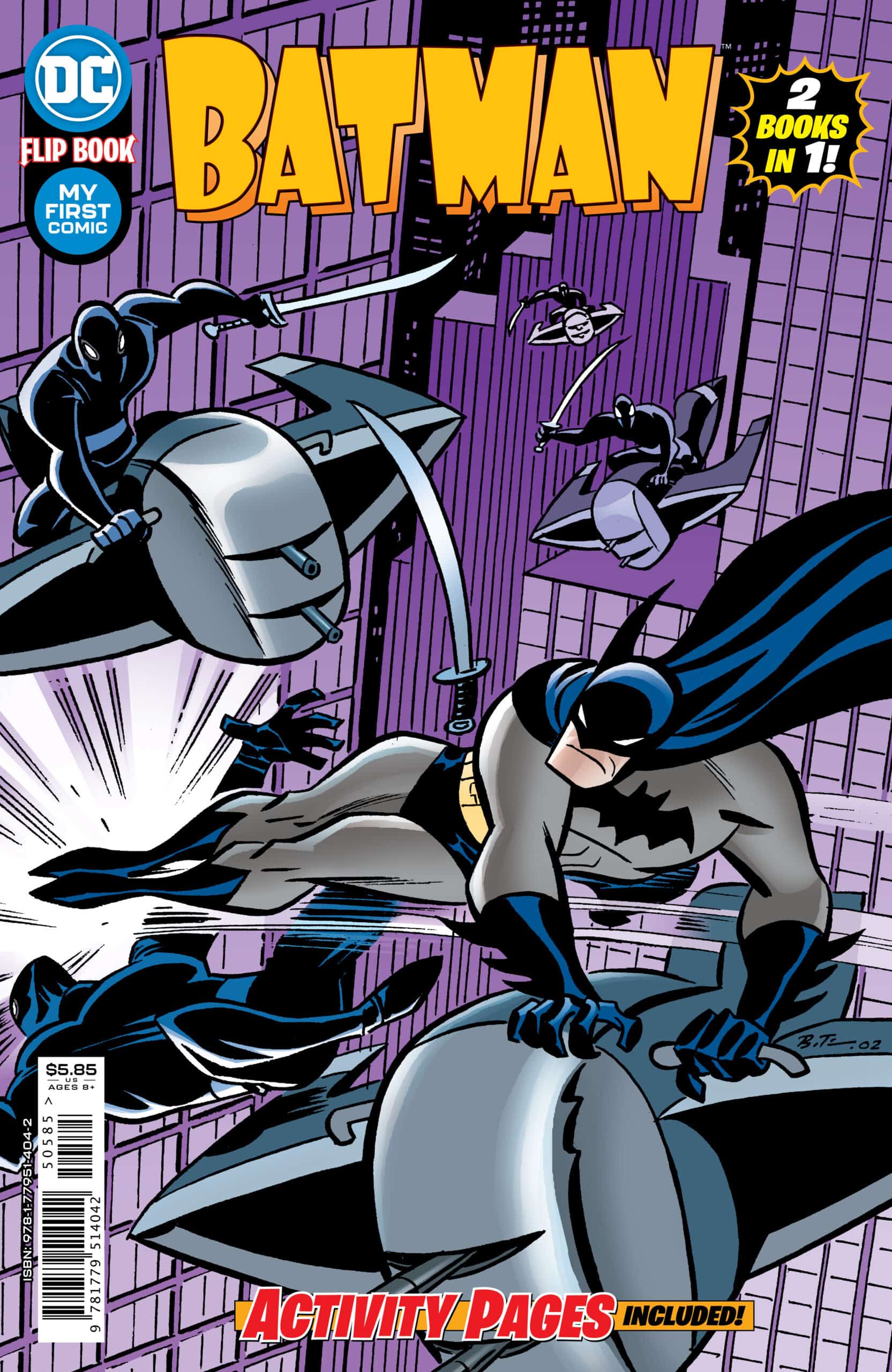 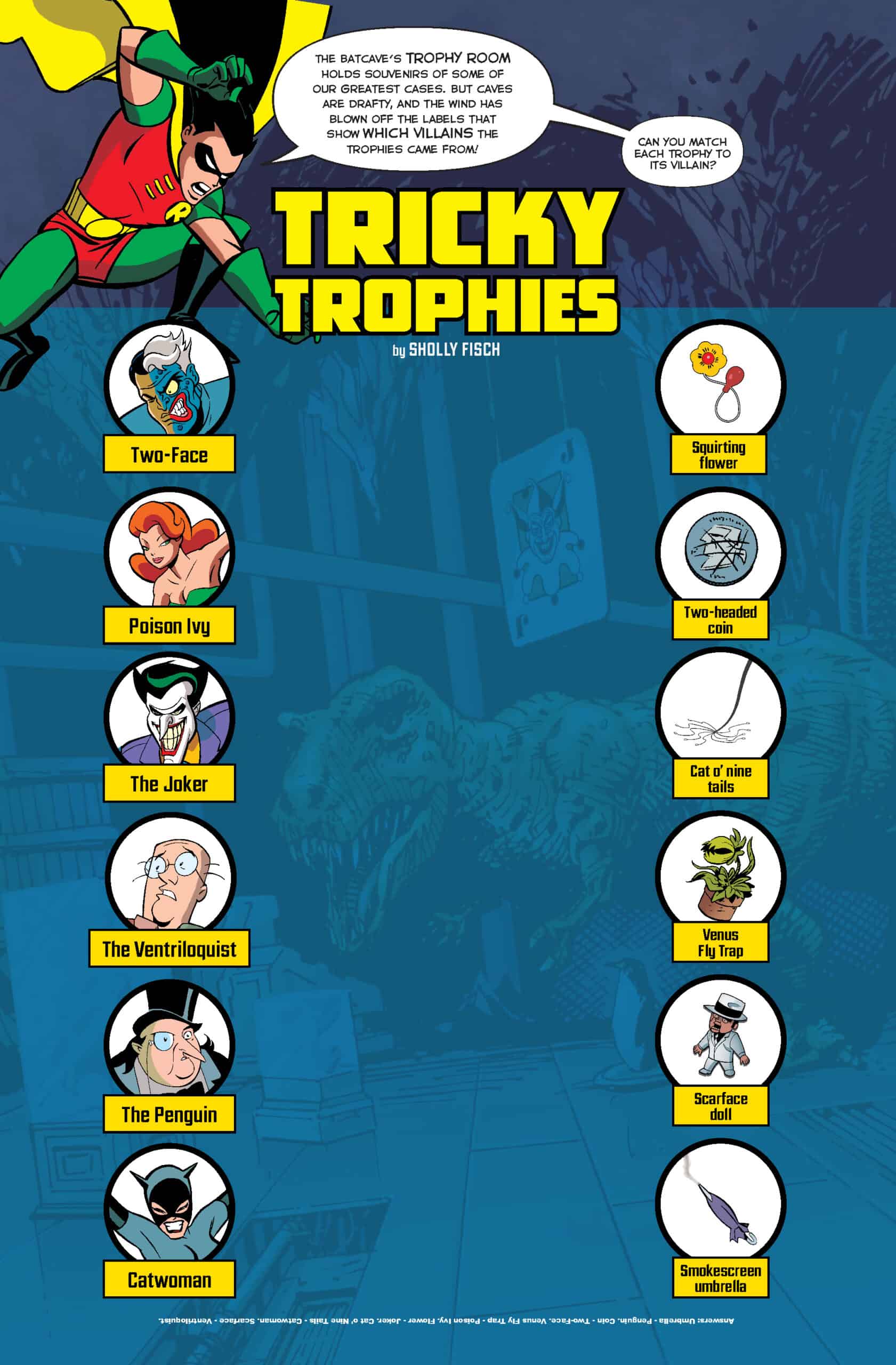 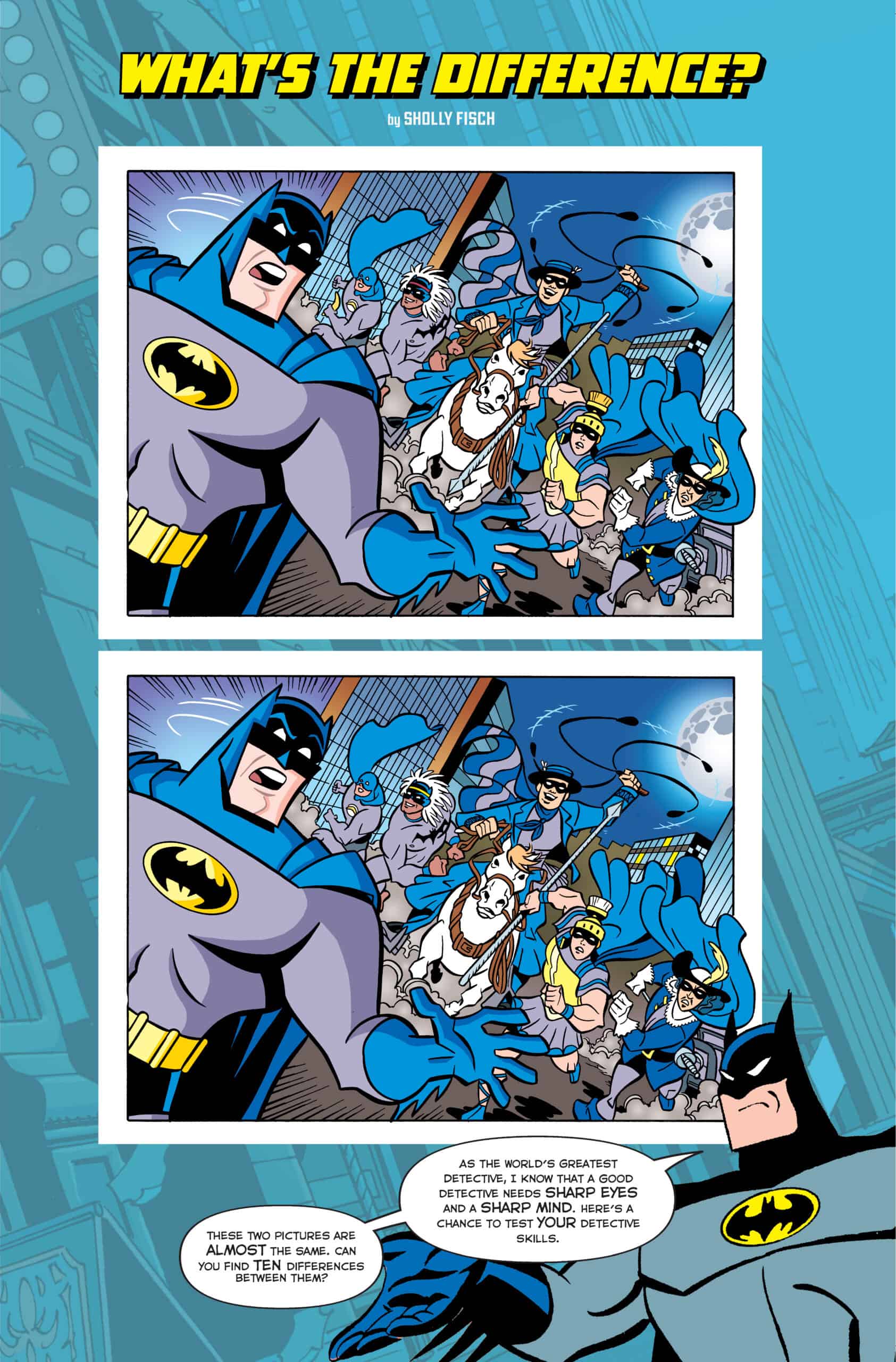 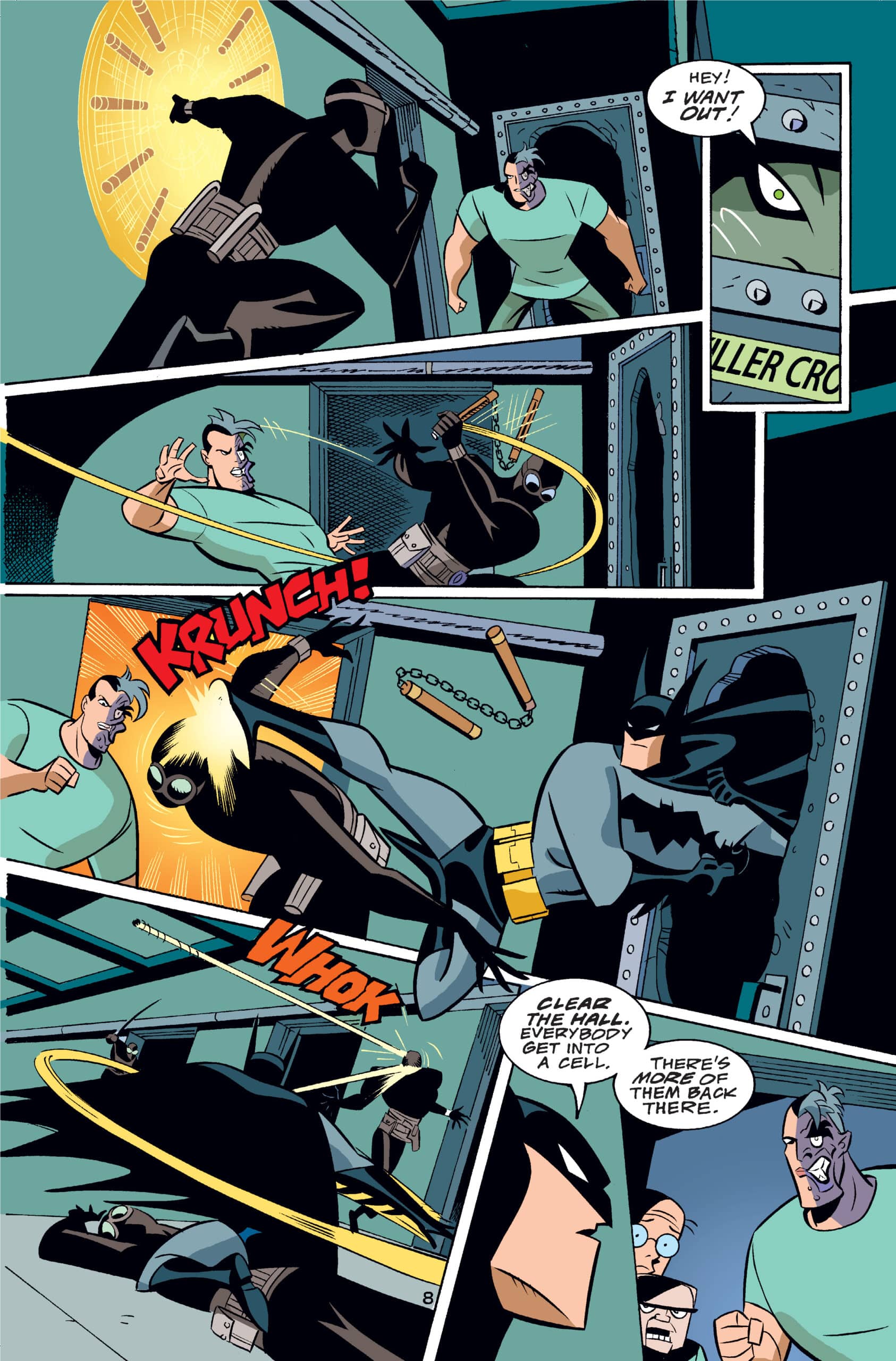 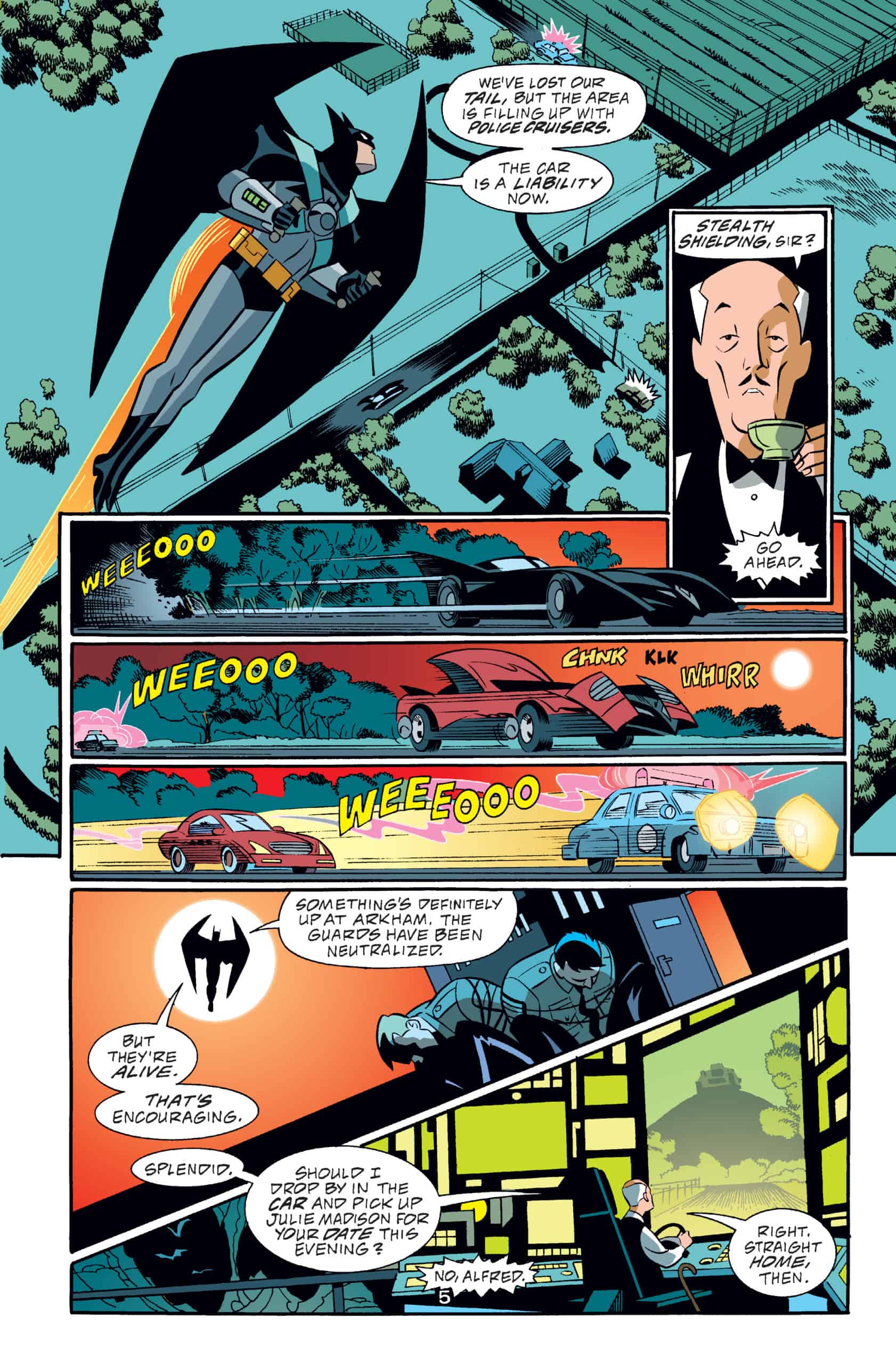 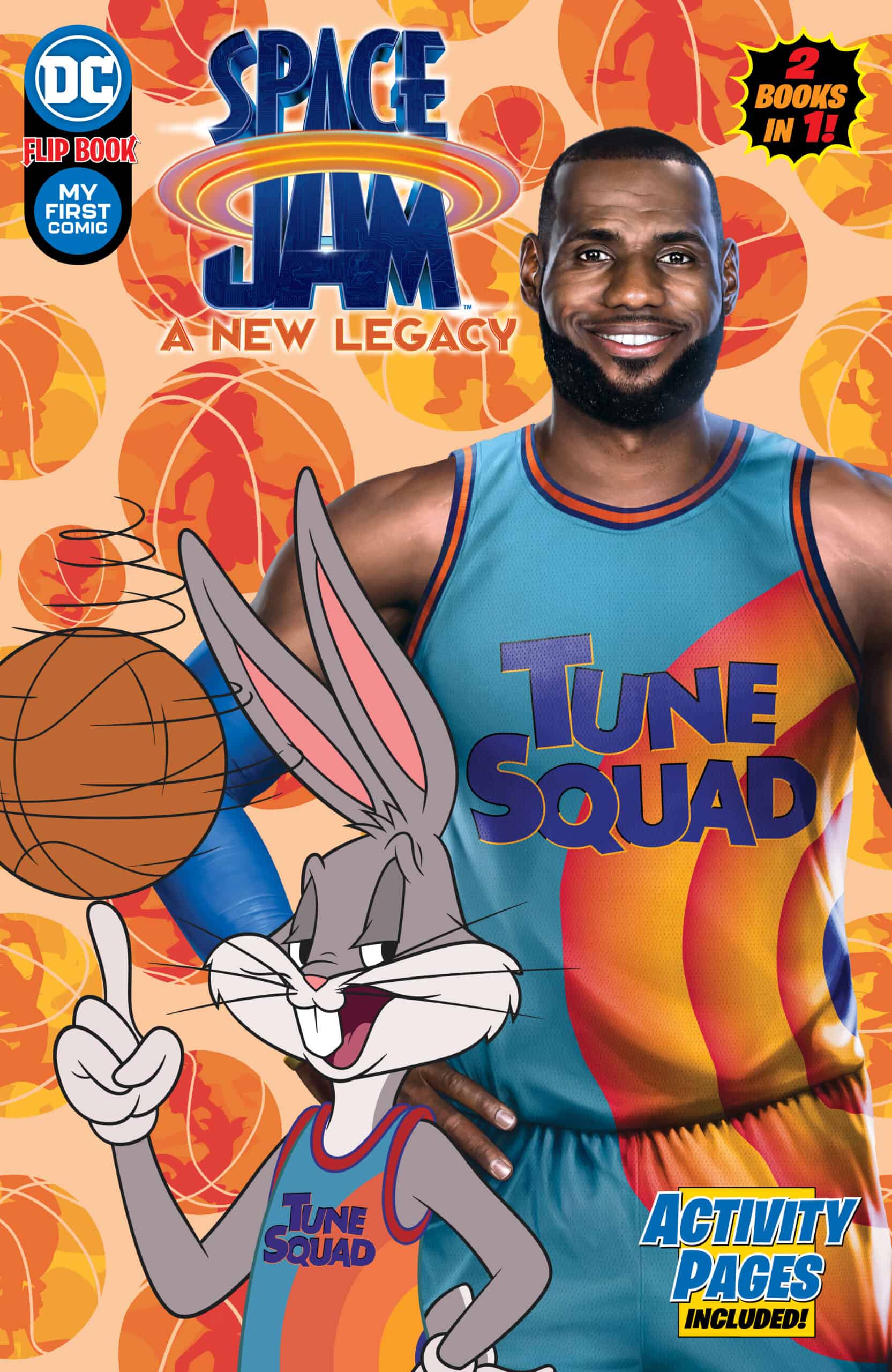 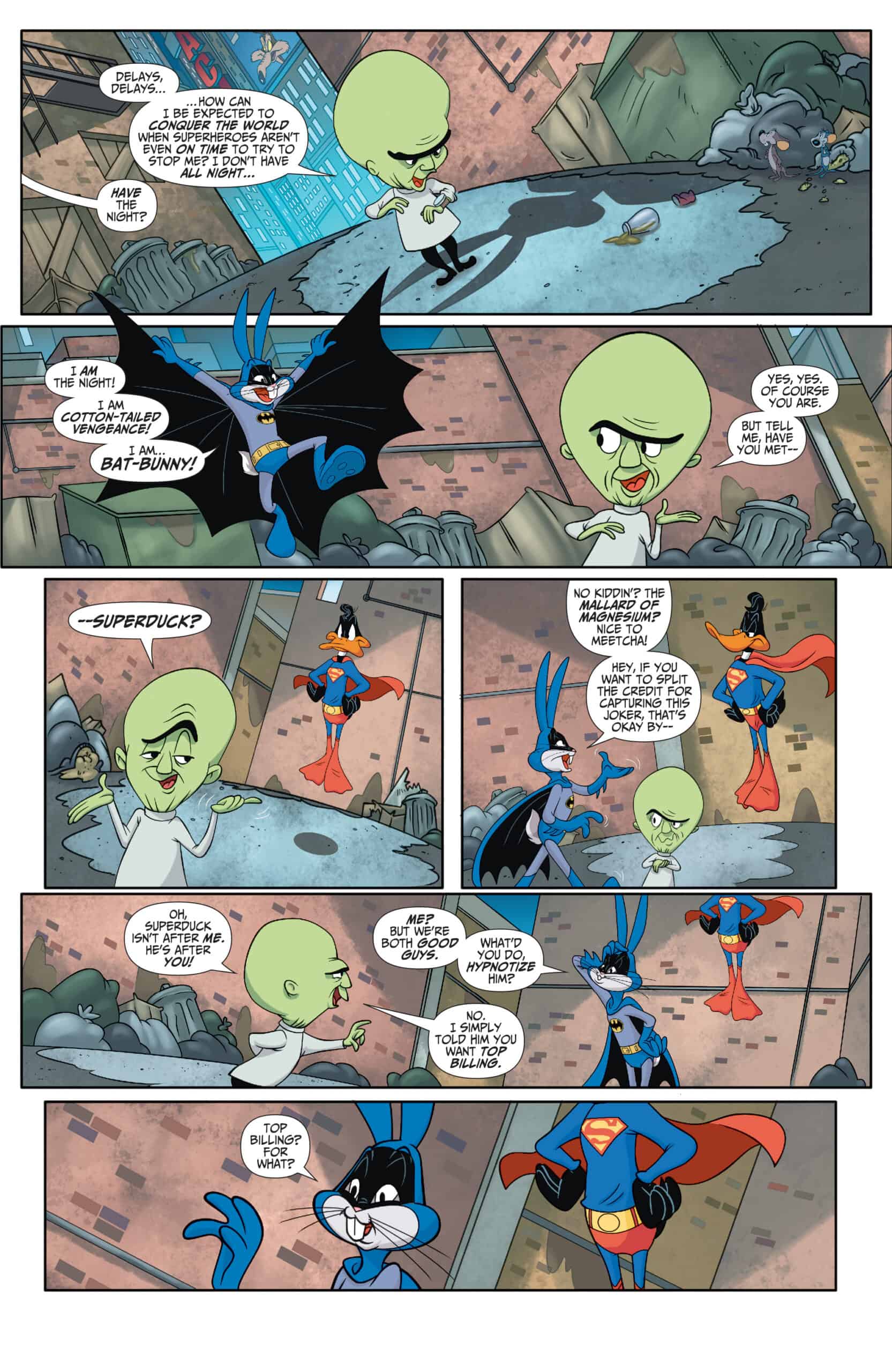 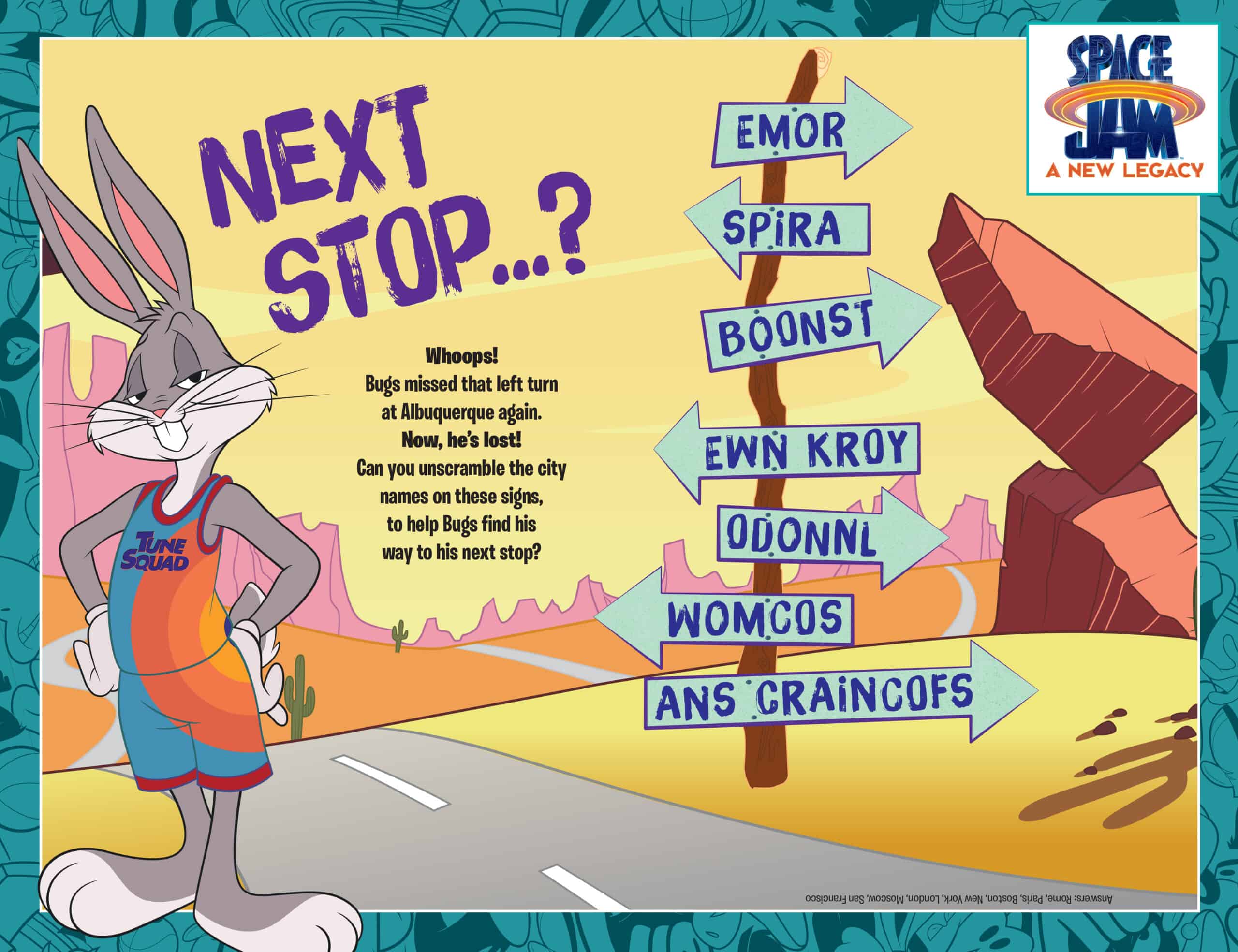 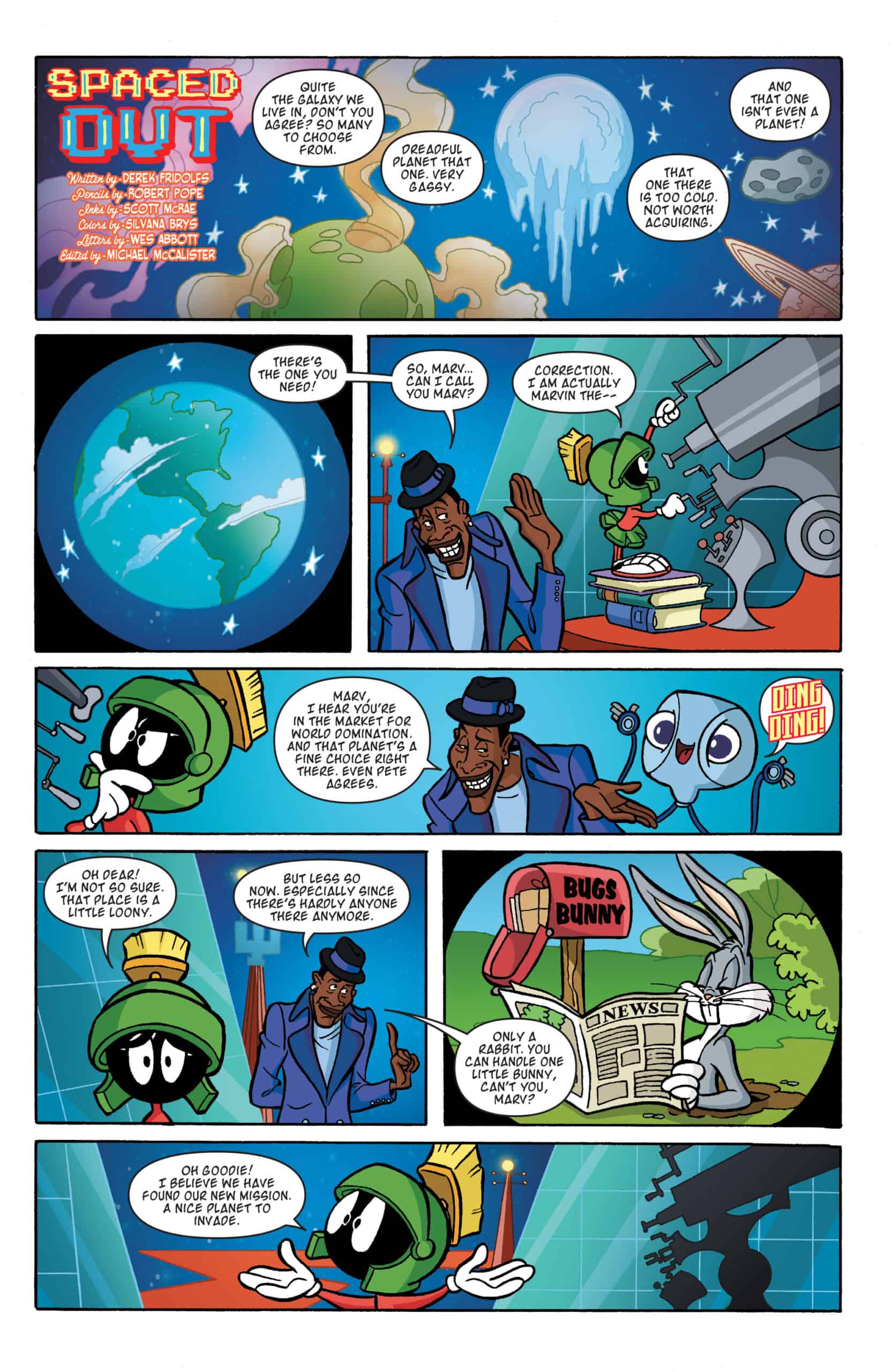 Warner Bros. Pictures’ Space Jam: A New Legacy is now playing in theaters and streaming exclusively on HBO Max on the Ad-Free plan through August 15. For more information on the movie, visit the website at www.spacejam.com. To sign up for HBO Max, check out the website at www.hbomax.com.