Aquamen, a new ongoing comic book series by the creative team of Chuck Brown, Brandon Thomas, Sami Basri and Adriano Lucas, will launch out of the conclusions of Aquaman: The Becoming and Black Manta in February 2022!

When a suicide bomber in Middle America is revealed as an Atlantean sleeper agent seemingly gone rogue, the Aquamen—Arthur Curry and Jackson Hyde—are on the case. But it soon becomes clear that the tragedy was not just a single bad actor, but the beginnings of a much larger and more dangerous chain reaction…and the heart of an explosive Atlantean conspiracy! If Arthur’s not careful, the secrets he’s keeping—from Mera, Tula, Tempest, Atlantis, the surface, and even Jackson—could cause a rift from which the Aquamen might never recover!

Aquamen #1, written by Chuck Brown and Brandon Thomas with art by Sami Basri and Adriano Lucas, launches on February 22! The debut issue of the ongoing new series will have a cover by Travis Moore, card stock variant covers by both Kael Ngu and Nick Robles, and a 1:25 ratio variant cover by Jim Lee and Alex Sinclair. Additionally, fans will be able to purchase a Black History Month variant cover by Alexis Franklin. 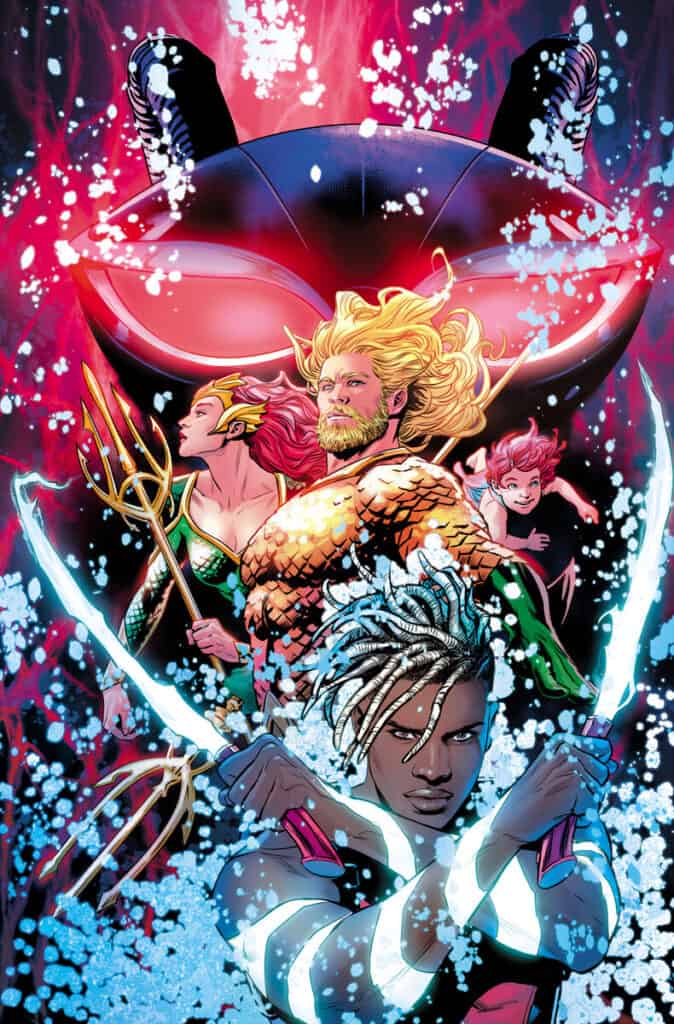 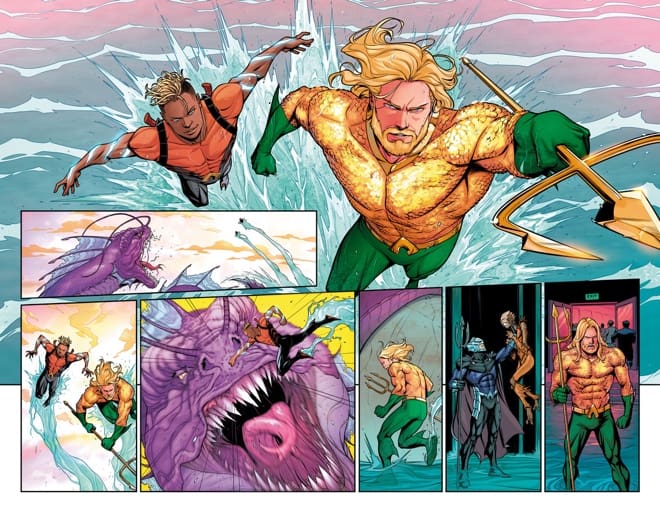 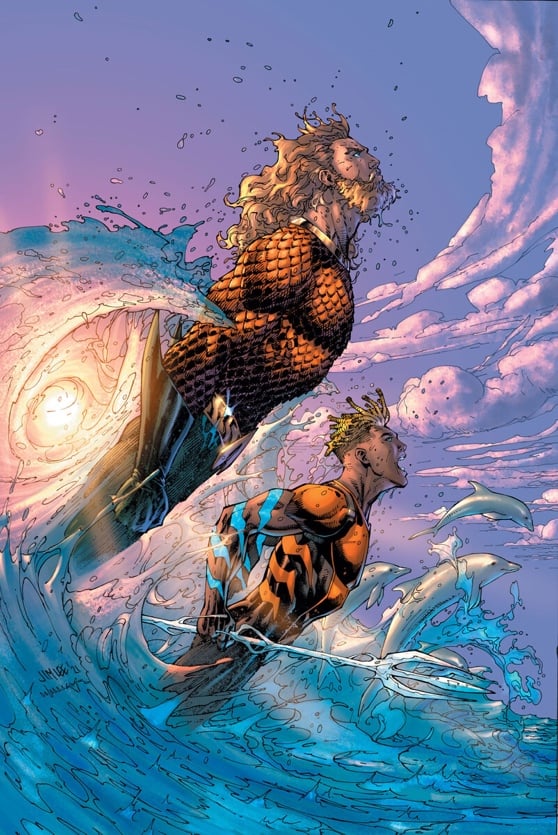 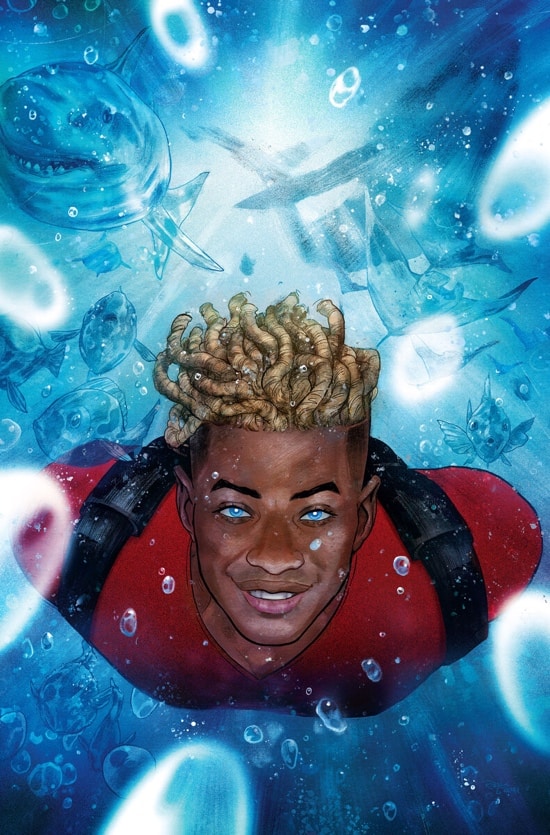 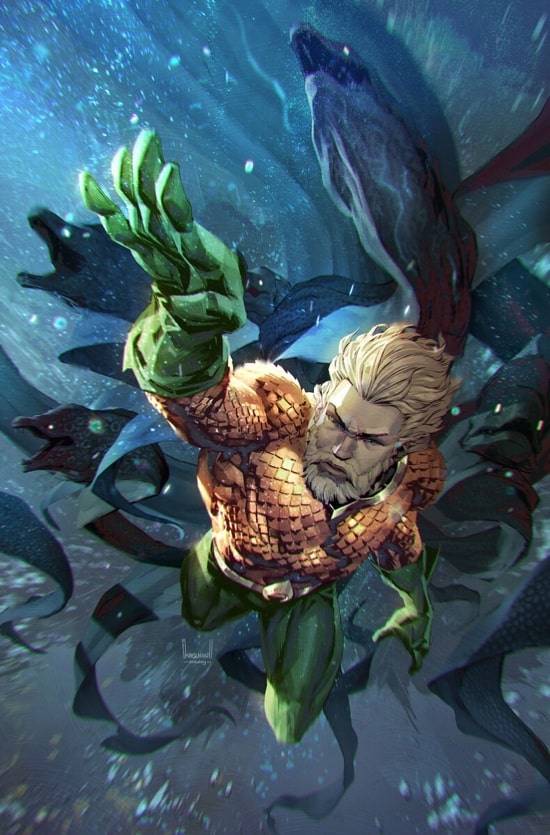 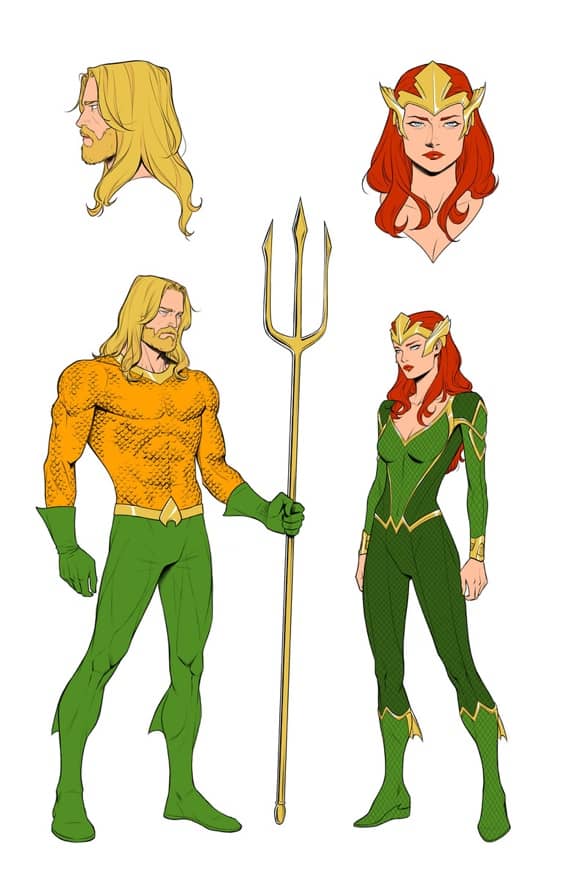 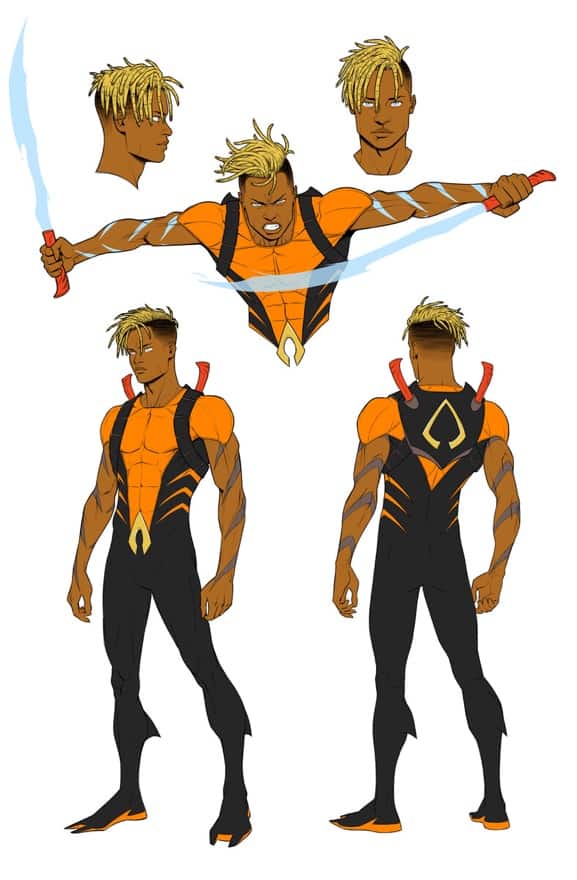 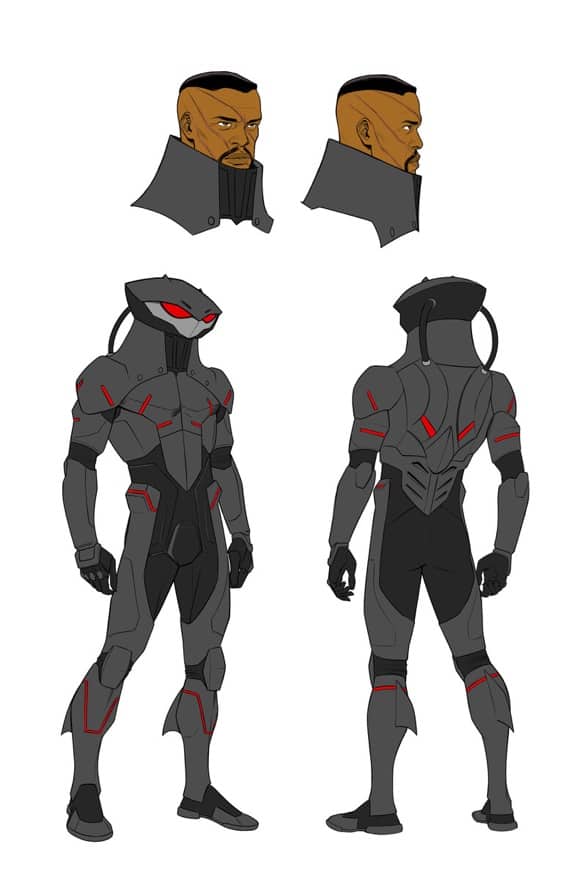 Also in February 2022, the final issue of the Black Manta limited series, a can’t-miss issue that leads directly into the Aquamen launch!

It’s villain versus villain as Black Manta fights to stop Devil Ray, whose eyes are set on Atlantis but whose ambitions might very well bring about the end of the world. Will Manta finally be able to own his roots, his power, and his flaws to save Atlantis…and himself? 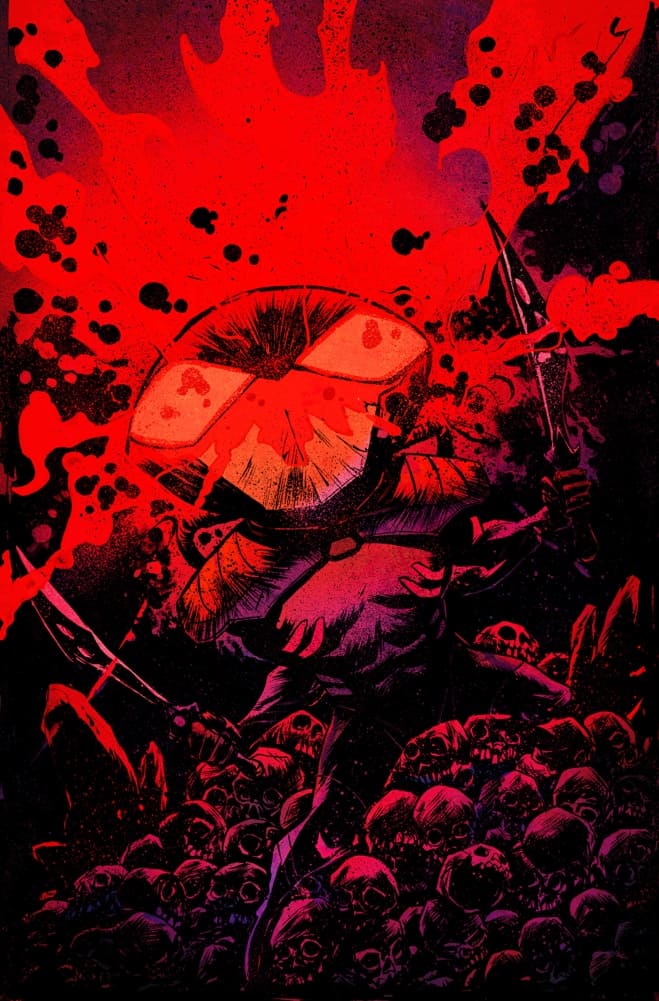 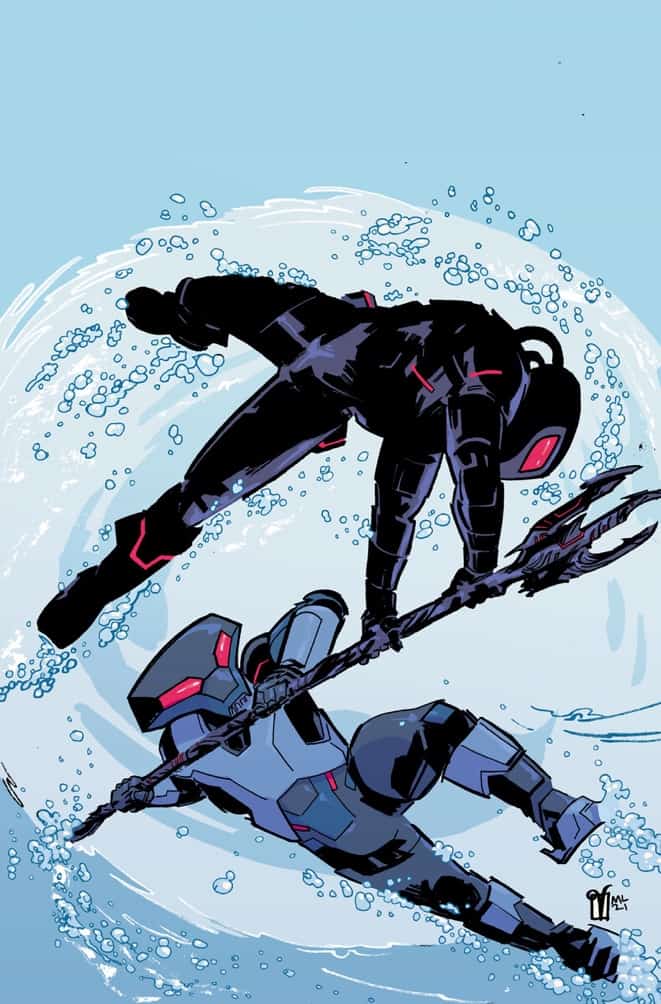 And the final issue of Aquaman: The Becoming leads directly into the Aquamen launch as well! Alongside family old and new, Jackson Hyde races to stop the next big undersea terrorist attack—and this time, Mera’s the target! But if he hopes to overcome his greatest enemy yet and protect the people he loves most, he’ll have to stop waiting for someone to give him permission to lead. It’s time for Jackson to reach out and take the mantle of Aquaman! 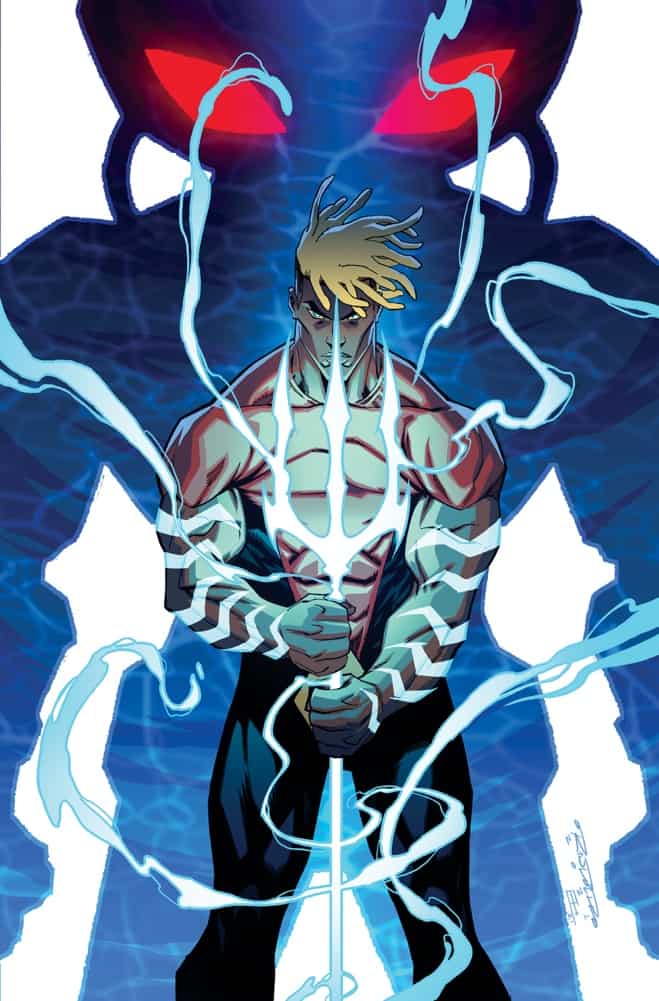 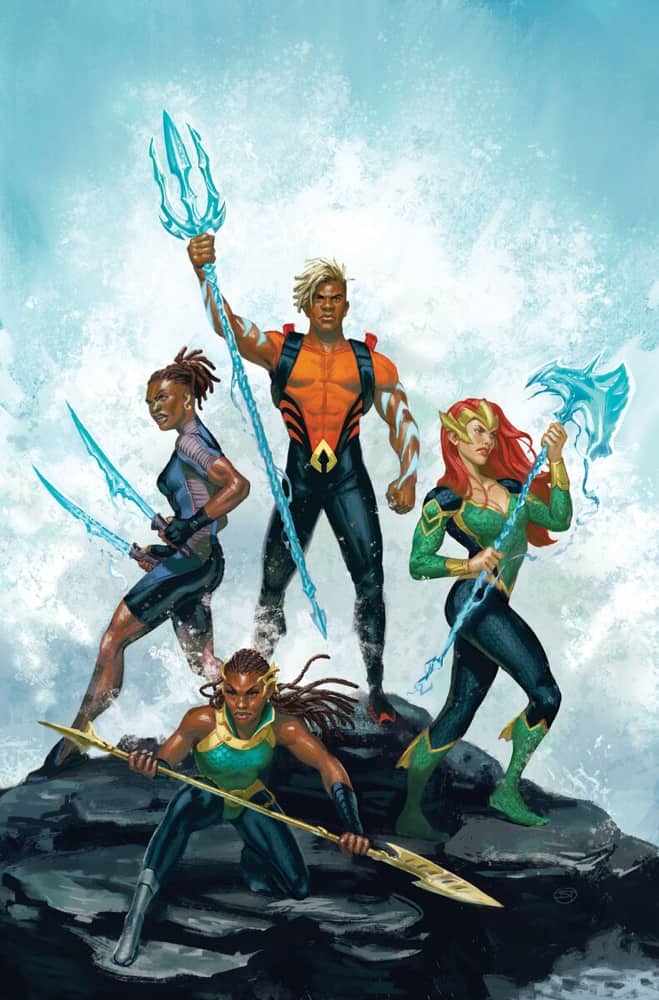 Aquaman: The Becoming #6, written by Brandon Thomas with pencils by Diego Olortegui, inks by Wade von Grawbadger, color by Adriano Lucas, a cover by David Talaski and a card stock variant cover by Khary Randolph, arrives in comic shops on February 15—one week before Aquamen #1!

‘AQUAMEN’—The Protectors of the Seven Seas! breaks the surface on February 22, 2022 from DC Comics