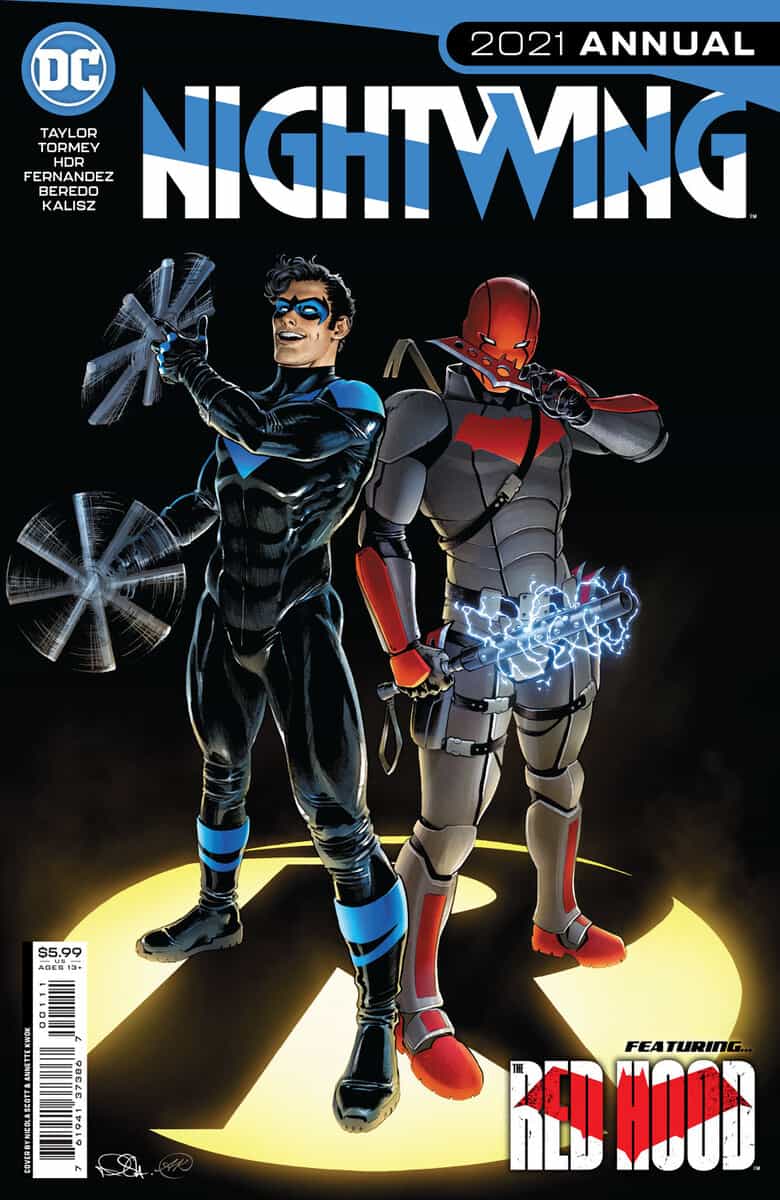 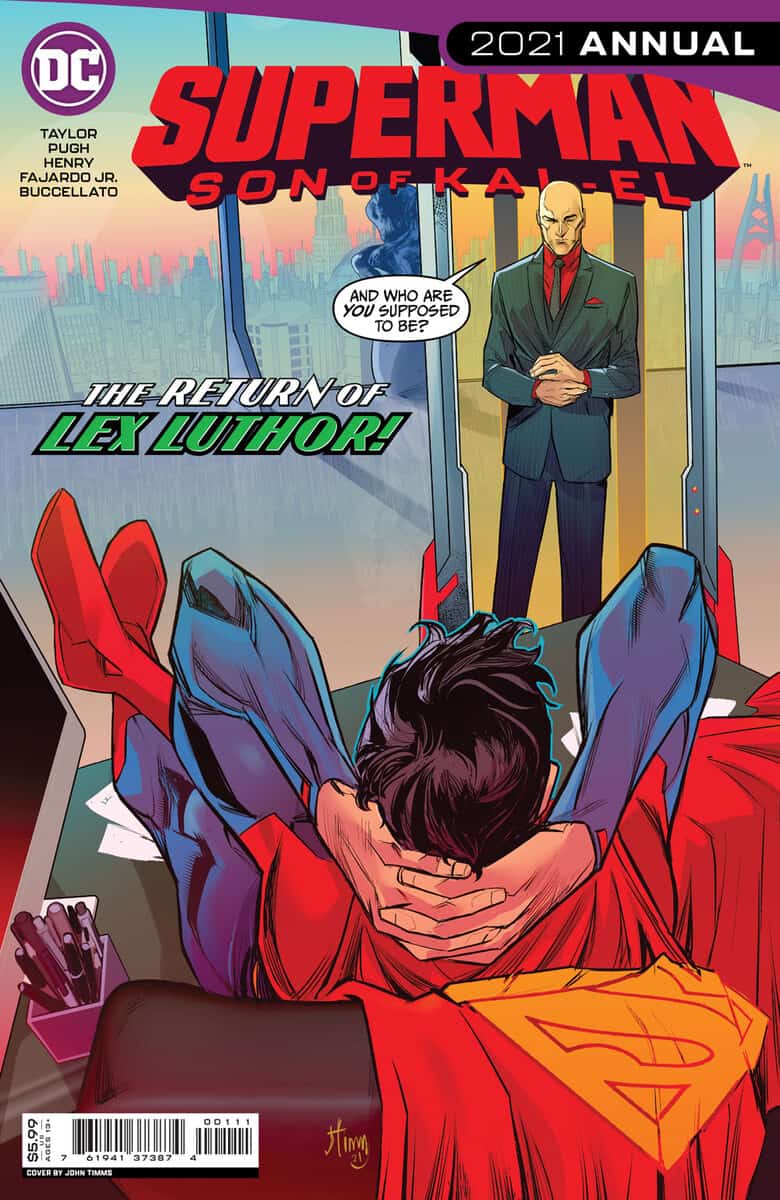 Nightwing and Red Hood are ready for anything…except what they have to face next! Lex Luthor—the man, the myth, the menace—returns to Jon Kent’s Metropolis! Both Oversized Annual Issues Arrive Tuesday, November 30!

Tom Taylor and a Who’s Who of incredible artists tackle Gotham and Metropolis simultaneously when Nightwing 2021 Annual and Superman: Son of Kal-El 2021 Annual both arrive in comic book stores and on participating digital platforms on Tuesday, November 30!

“Superman versus Lex Luthor,” said Tom Taylor on Superman: Son of Kal-El 2021 Annual. “It’s a conflict we know so well. But this isn’t Lex Luthor’s famed nemesis. This is a new Superman and a new dynamic, and that’s where the fun begins. Lex Luthor is used to having his way, but Jon Kent plays by different rules. Old power clashes with new for the soul of Metropolis.”

Superman Son of Kal-El 2021 Annual, written by Taylor, features art by Steve Pugh and Clayton Henry with covers by John Timms (main) and Steve Pugh (variant). Jon Kent’s first days as Earth’s new Superman have been a trial by fire and his actions have already put those he loves in harm’s way. As Earth’s new Superman, Jon has stood strong in the path of constant attacks…but the immovable object is about to meet an unstoppable force! Lex Luthor—the man, the myth, the menace—returns to Metropolis! But before the new Superman of Metropolis meets face to face with his father’s arch-nemesis, a dark presence arrives to deliver a message! This, plus a stop in at the Fortress of Solitude, make for an incredible look into the life of DC’s new Superman! 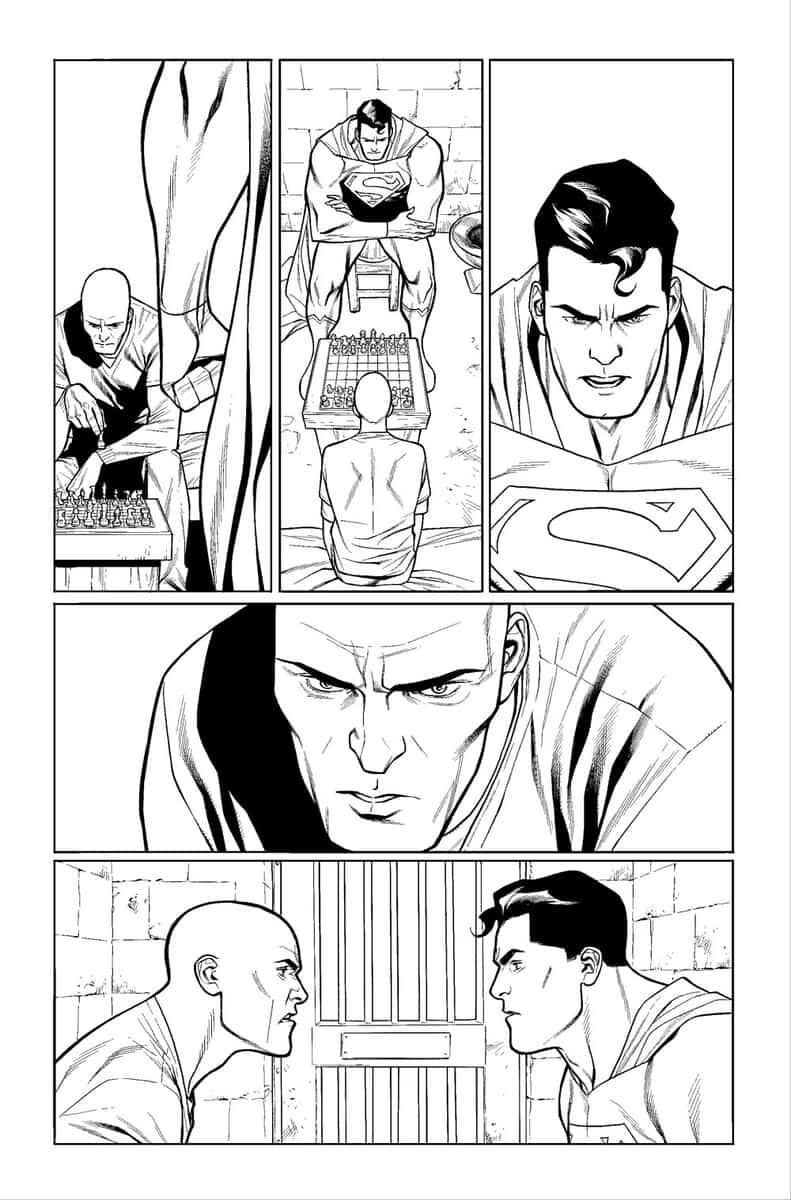 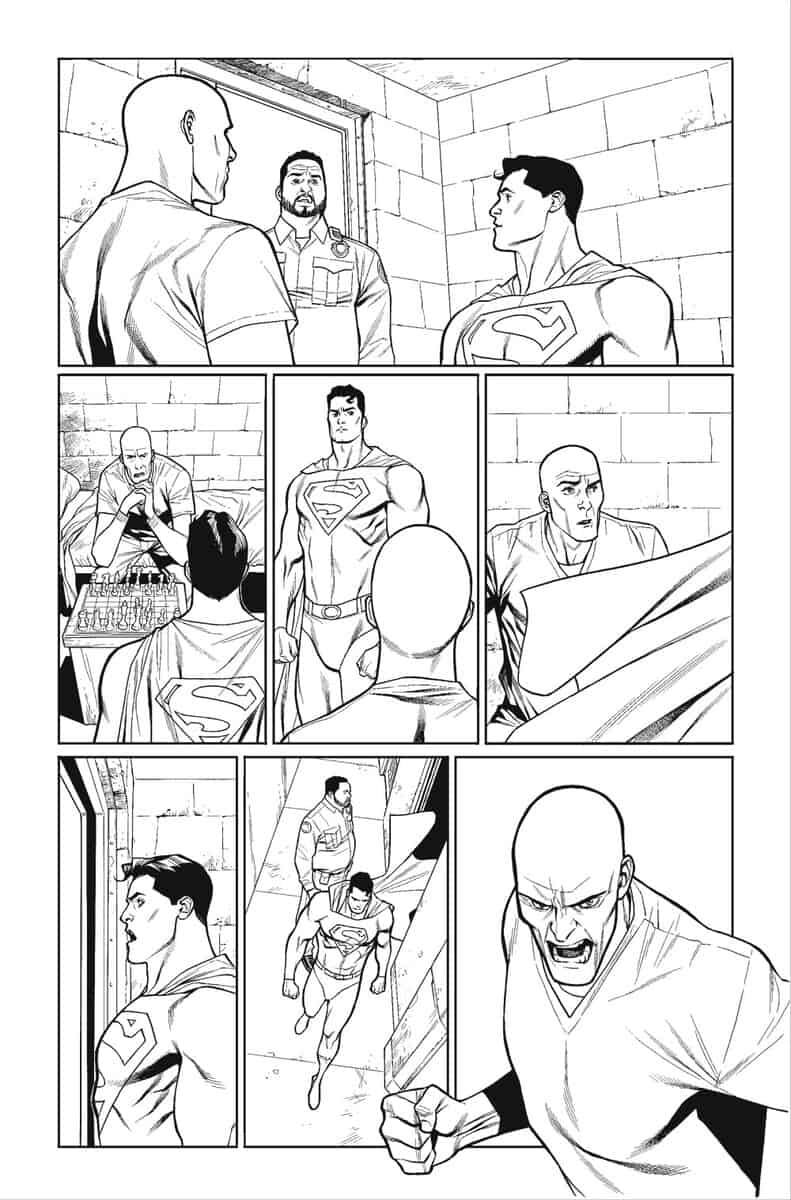 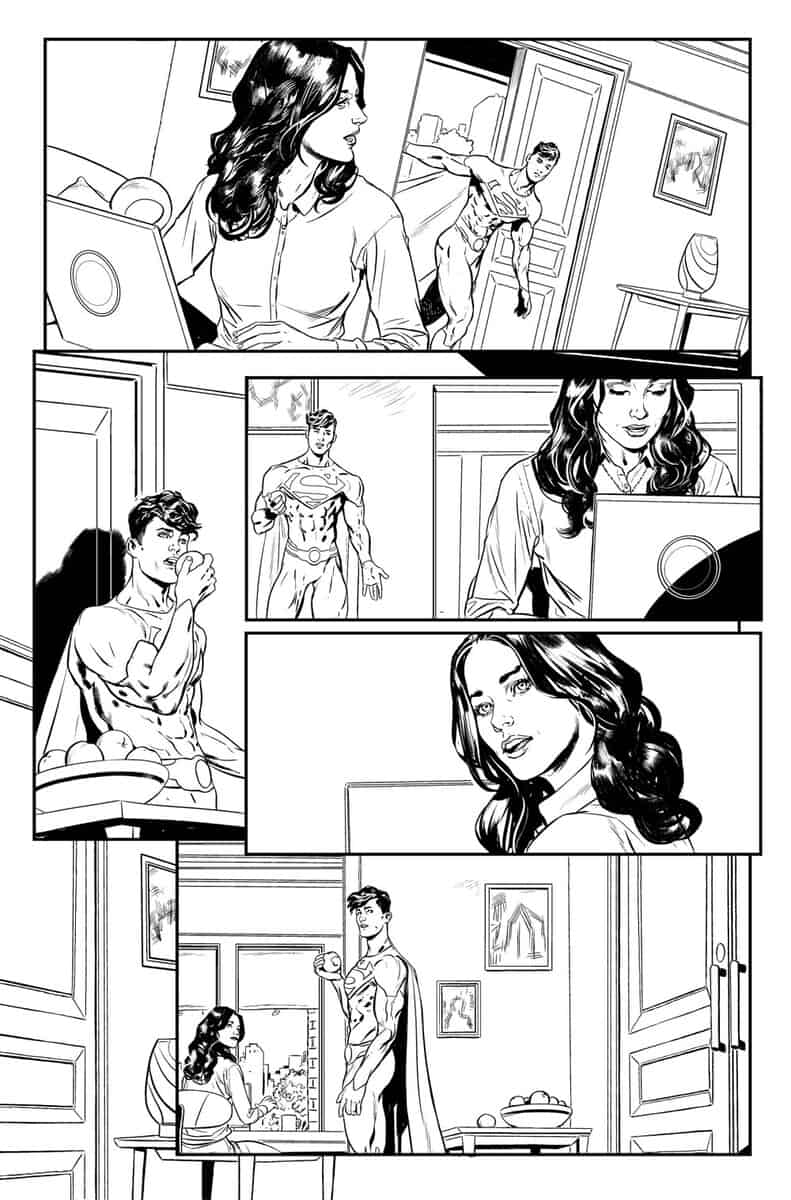 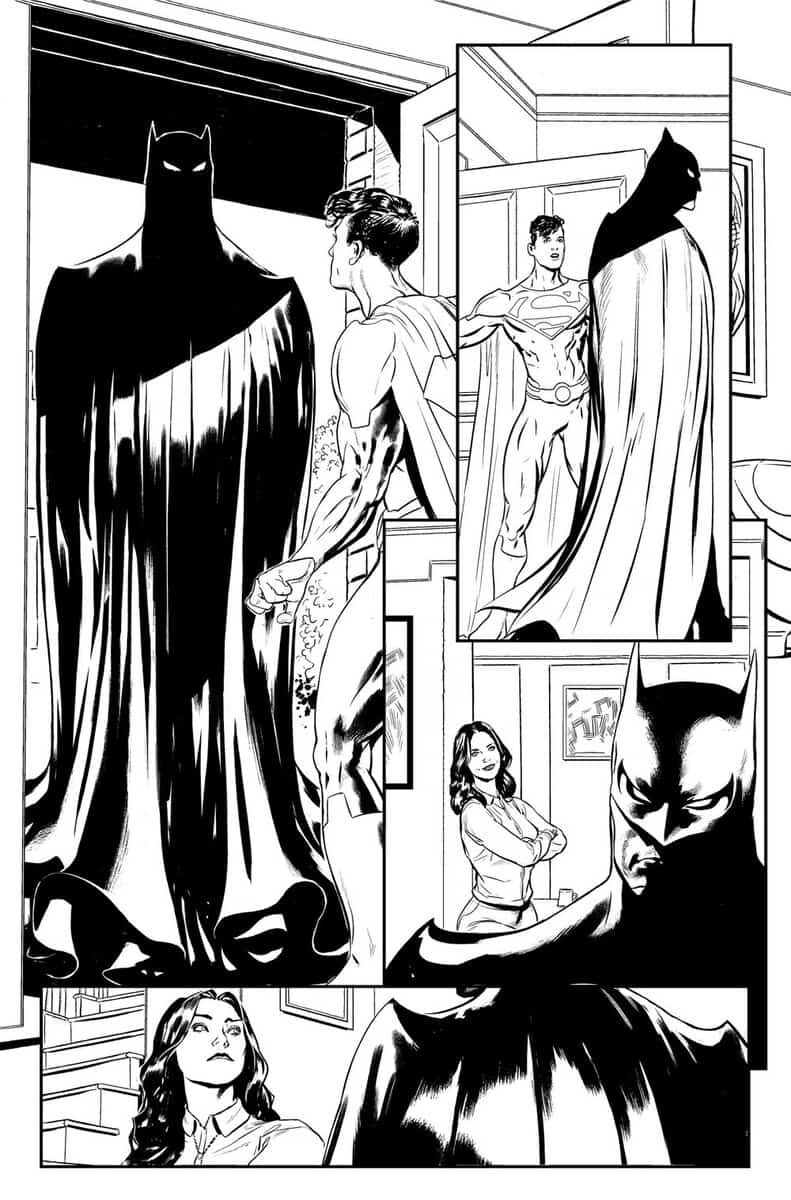 And in Nightwing 2021 Annual, written by Taylor with art by Cian Tormey and Daniel HDR, fans get more insight into the brotherhood between the first two Robins: Dick Grayson and Jason Todd. Both heroes have long stepped out of the shadow of the Bat and began walking very different paths to become who they are today. After Red Hood put down his guns to start a new life, now these two brothers paths converge to unite for one goal…investigating whoever is framing Red Hood for murder! With an escrima stick and a crowbar combined, Nightwing and Red Hood are ready for anything…except what they have to face next!

Don’t miss out on this explosive adventure—complete with a flashback to a young Jason Todd freshly minted as Robin and a Nightwing in his Perez costume! Nightwing 2021 Annual features a cover by Nicola Scott and a variant cover by Max Dunbar & Hi-Fi. 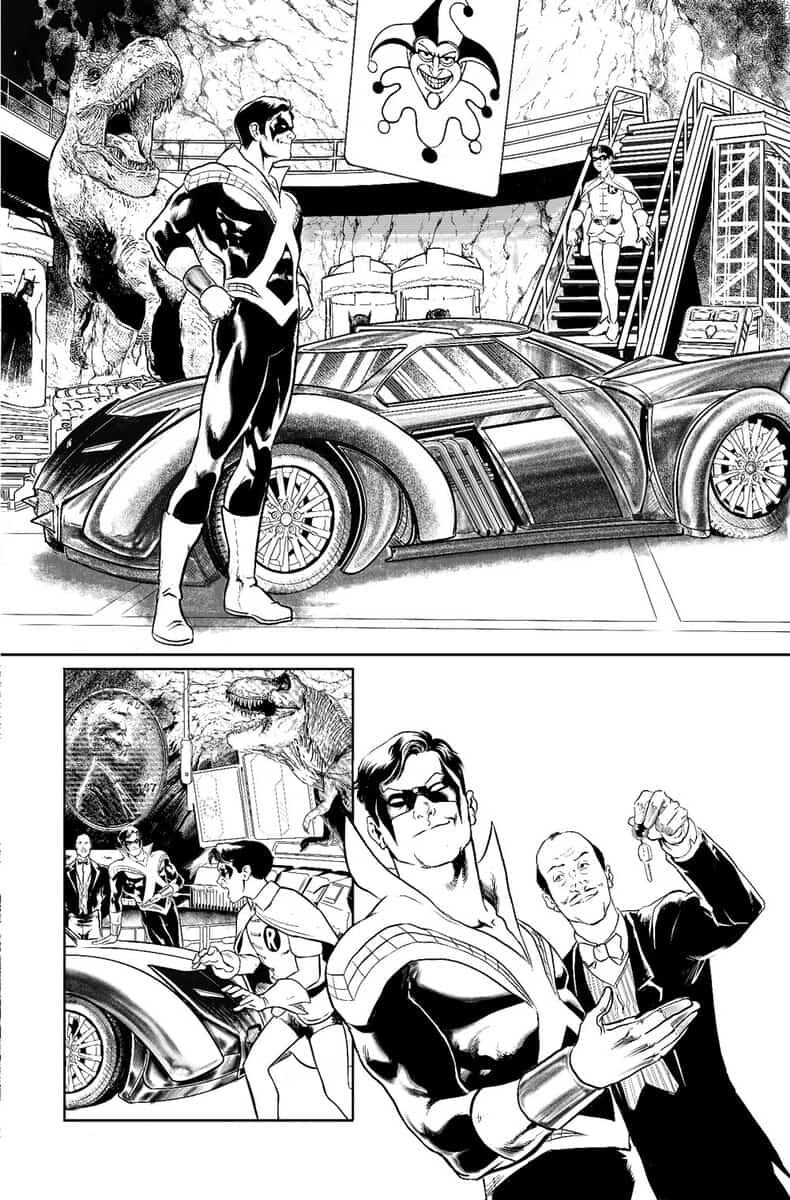 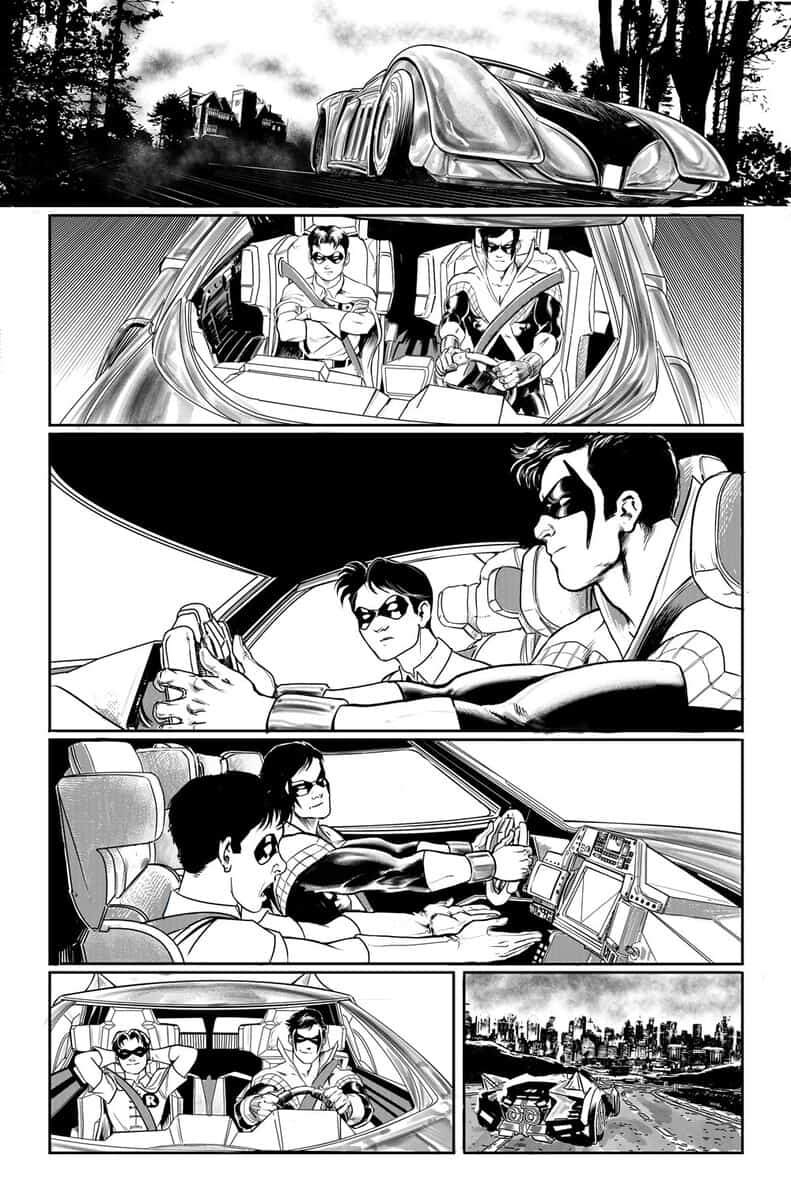 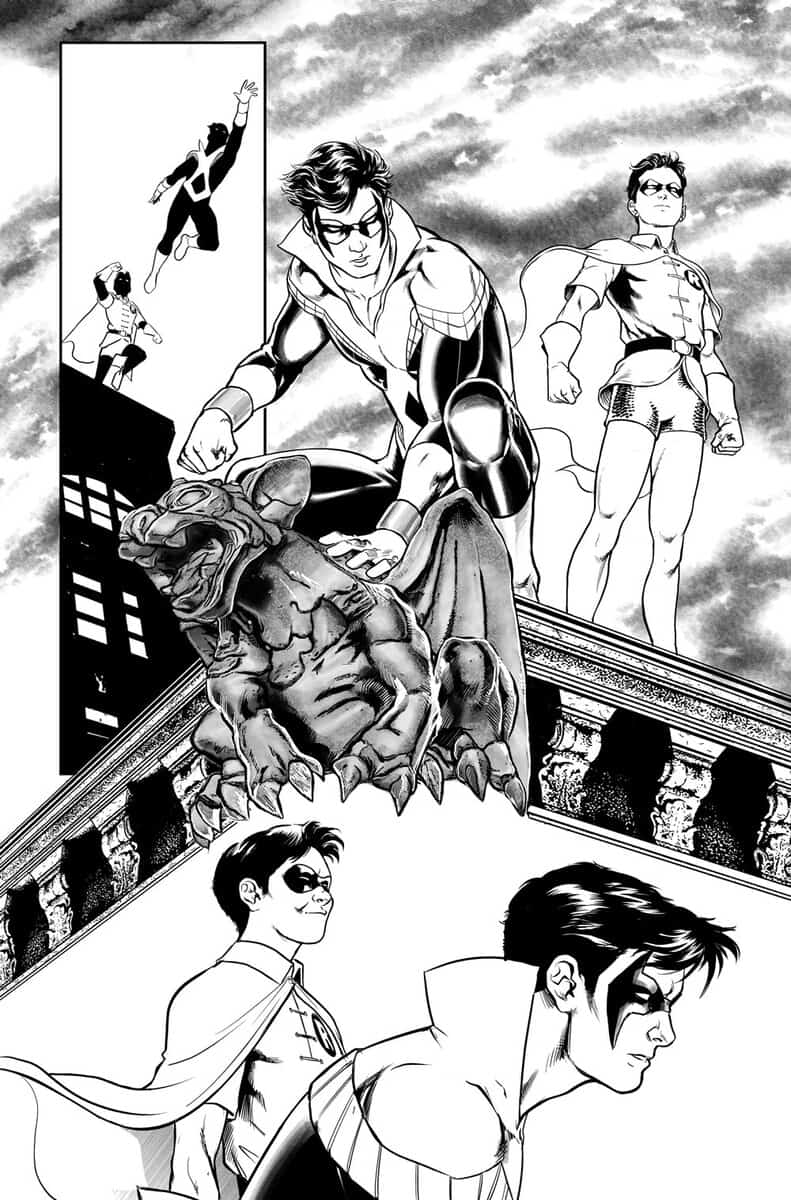 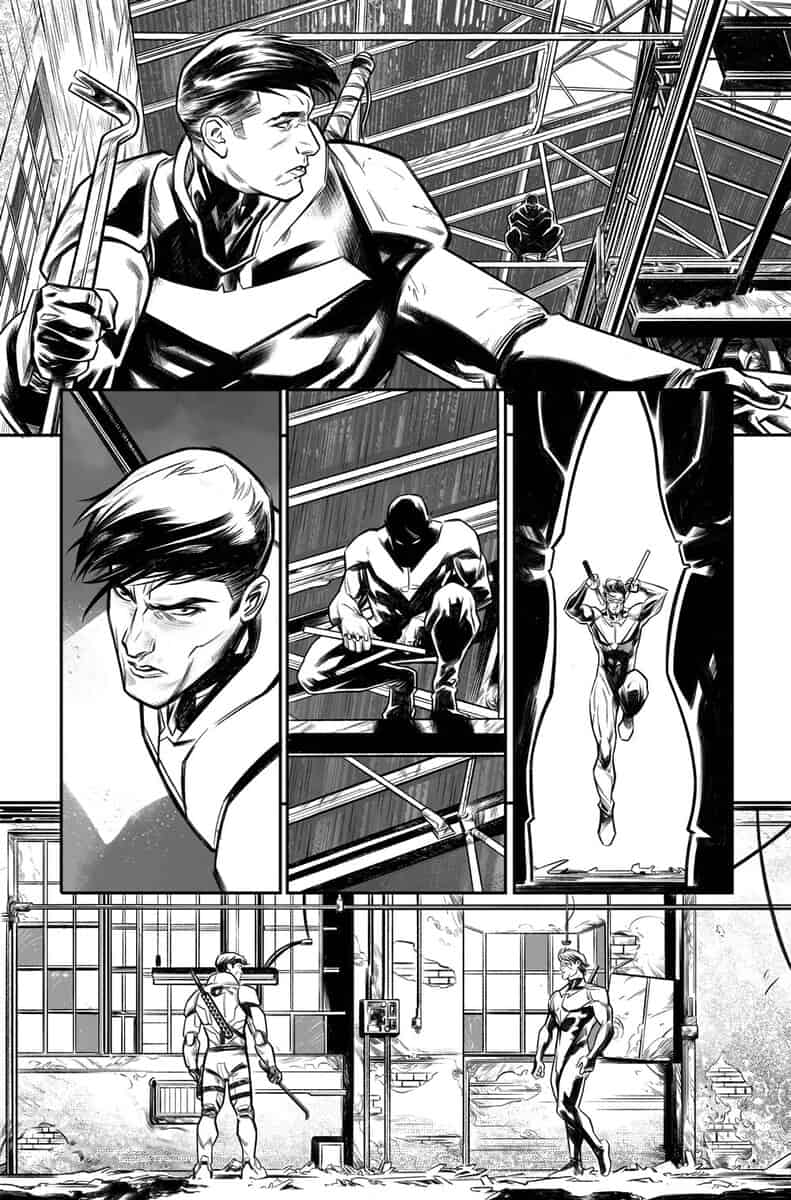 Both Nightwing 2021 Annual and Superman: Son of Kal-El 2021 Annual arrive in comic book shops and participating digital platforms on Tuesday, November 30, 2021. The DC UNIVERSE INFINITE digital subscription platform includes the initial issues of the both these incredible runs, plus an unparalleled selection of titles featuring all the members of the Superman and Bat-Families. For more information and a free trial, visit the website at www.dcuniverseinfinite.com. 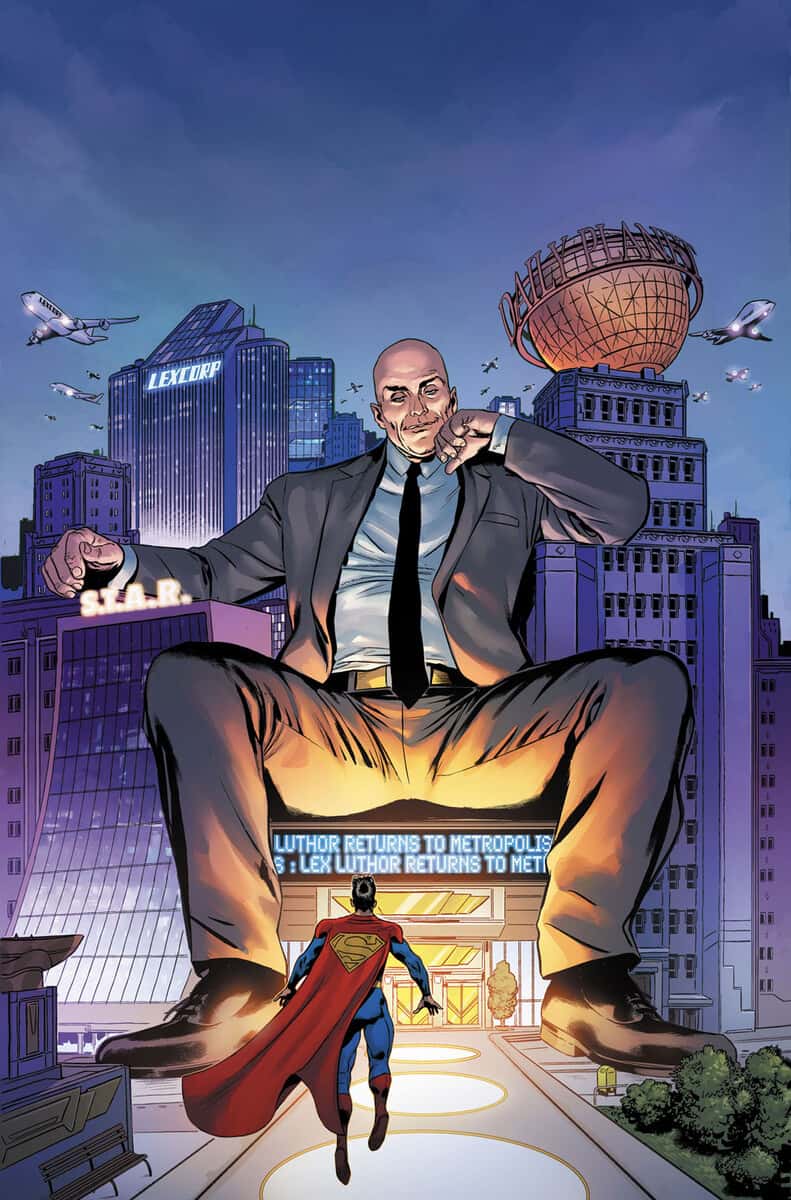 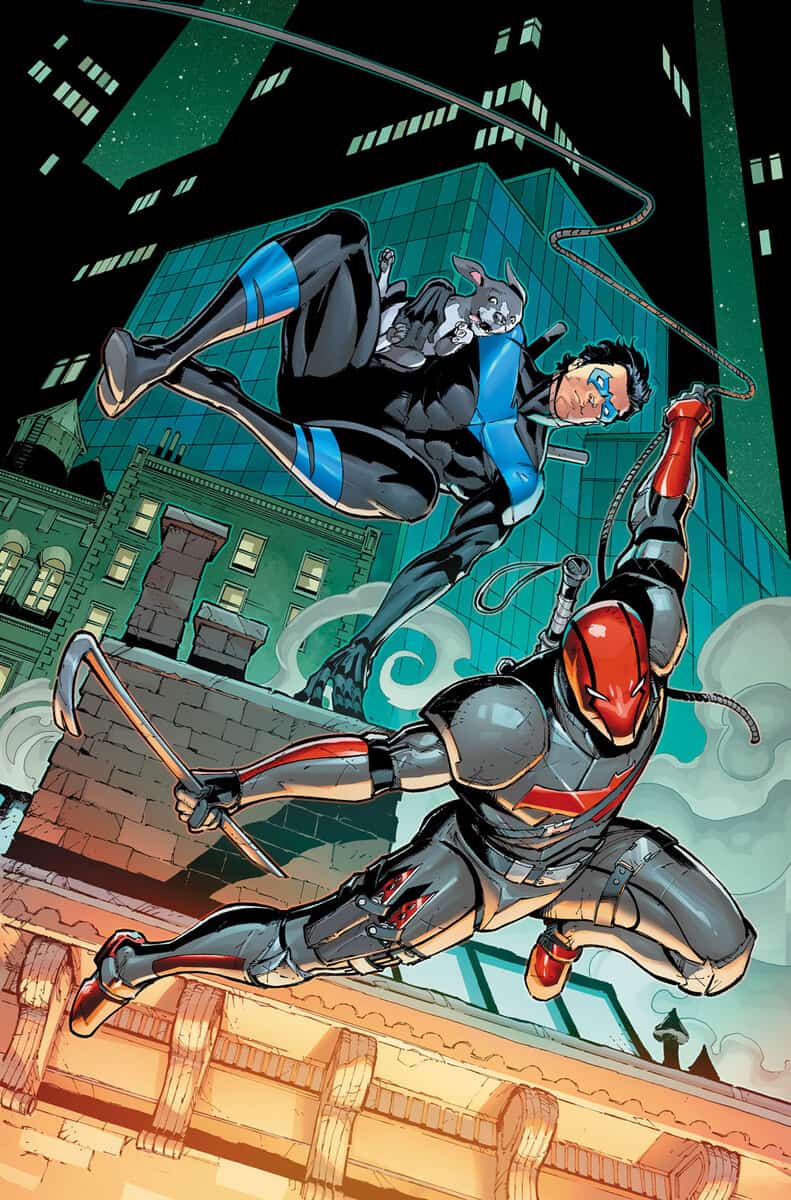 For the latest news on the World’s Greatest Super Heroes, visit the main site at www.dccomics.com and follow @DCComics and @thedcnation on social media.