On September 21, 2019, even the inmates at Arkham Asylum will have reason to celebrate. With Batman Day quickly approaching DC Comics has announced a myriad of activities to celebrate the caped crusader. Everything from lighting the bat signal across the globe, Lego sponsored events, and competitive running events. However, you plan on celebrating, DC has you covered. You can read the full press release below, with event descriptions, and their corresponding sites. 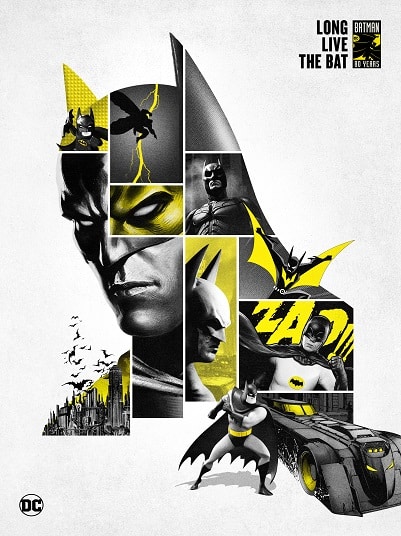 Batman Day is almost here and to celebrate the Dark Knight’s 80 years as the World’s Greatest Detective, DC and Warner Bros. are lighting up the night skies by projecting the iconic Bat-Signal, as well as producing fan celebrations, in major cities around the globe on Saturday, September 21.

Like fireworks on New Year’s Eve, the glow of the distinctive Bat silhouette will illuminate the edifices of skyscrapers and landmarks around the world in rolling fashion as the sun sets in each city. And just like a solar eclipse, this may be a once-in-a-lifetime event!

“The Bat-Signal is easily one of the most recognizable images among all superhero iconography and this is going to be a remarkable sight as we transcend borders, languages and cultures to bring us all together with this single experience,” said Pam Lifford, President of Warner Bros. Global Brands and Experiences. “We are proud to send up the Bat-Signal on Batman Day because it is an important beacon of inspiration that makes us all believe that it’s possible to take hardship and turn it into something good. Batman Day is a global celebration for all the fans.”

Fans can zoom in and follow the festivities with the new interactive Batman Bat-Tracker launched by DC today. As cities flip the famous switch illuminating the insignia, the Batman Bat-Tracker will mirror the real-time projections. Additional information on Bat-Signal celebrations and activations in those cities can be found at Batman80.com.

To see one of the projections in person, all that is required is to go outside shortly before 8pm local time in cities set to light up their skies. So, start deciding which Batman t-shirt to wear Melbourne, Australia because you will be the first to celebrate under the Bat-Signal at Fed Square facing Flinders Street, 9 hours ahead of London and 14 hours ahead of New York (Gotham City!).

Other cities to send up the Bat-Signal include: 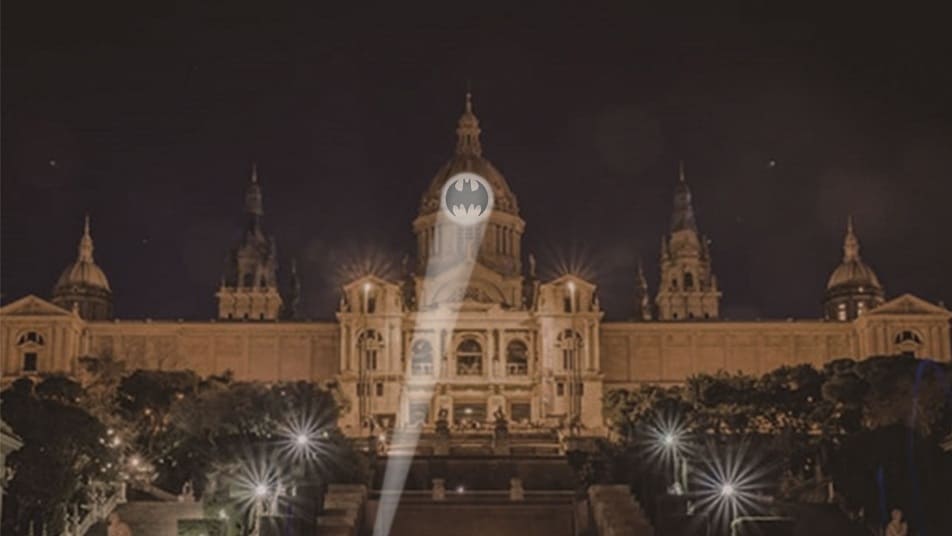 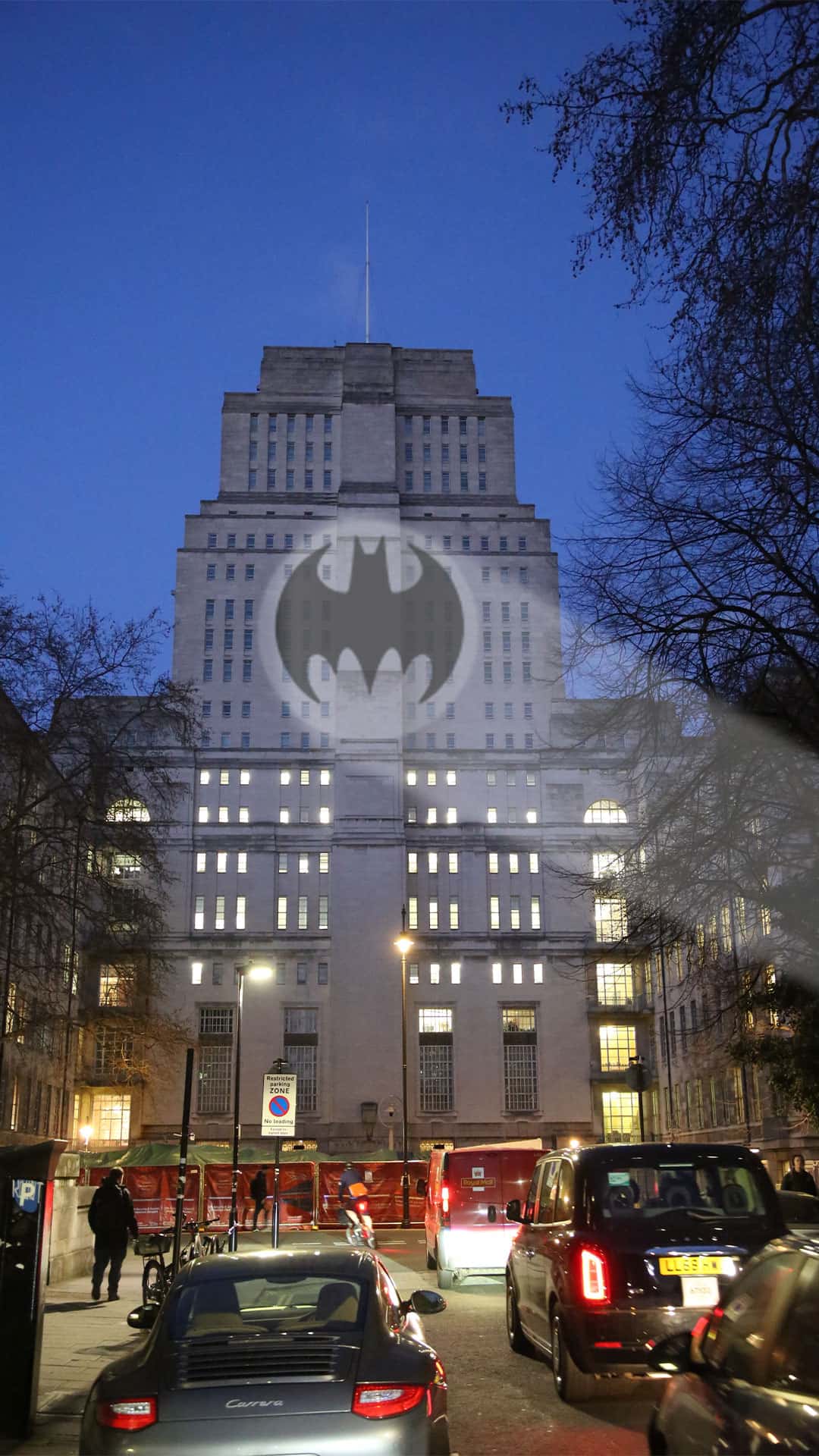 BATMAN COMICS FOR ALL AGES
DC Publishing will celebrate with activities at more than 2,000 international retail locations. In the U.S., comic shops and bookstores will offer free Batman Day special editions of THE BATMAN WHO LAUGHS and BATMAN: NIGHTWALKER. In Europe, in partnership with Eaglemoss, the LEGEND OF BATMAN collected edition will be available for free in the U.K., France, Germany and Spain. In select cities globally, talent appearances and signings by some of DC’s leading storytellers will also take place. Fans can visit DCComics.com/BatmanDay for participating retailers and partners, as well as suggested Batman reading lists.

BATMAN IN THE GAME
Warner Bros. Interactive Entertainment is celebrating Batman’s 80th anniversary with an “Injustice 2” Mobile Batman arena marathon event from September 13-24 in which fans can battle for Batman rewards. In addition, DC Universe Online is showing its support from September 13-30 with two new Batman-themed in-game t-shirts. One is free to claim for all players and one is exclusively for members.

The world-famous FAO Schwarz is inviting fans of all ages to shop limited-edition toys and collectibles, as well as take part in super-charged fan and family Saturdays throughout September, featuring a lineup of interactive experiences including a photo moment with the world’s most popular Super Hero himself on Batman Day.

WATCH BATMAN
DC Universe digital subscription service will be celebrating Batman Day with the promotion of exclusive Batman content including interviews, merchandise, sweepstakes and more along with its extensive collection of Batman videos and comics. In addition, Cartoon Network will celebrate with Batman-themed stunts on Batman Day and throughout the month. Warner TV Asia, Warner Channel Latin America and HBO India will also showcase Batman content and promotions on their channels.

BATMAN GIVES BACK
DC is collaborating with Boys & Girls Clubs of America to recognize kids, teens and youth development professionals who stand up for positive change in their communities – just like Batman! Through AT&T Aspire, an initiative using innovation in education to drive student success in school and beyond, 30 Boys & Girls Clubs around the country will celebrate members of their Club community, who represent the qualities of DC’s most popular Super Hero on September 21.