Looks like veteran character actor Esai Morales will dawn the monocle mask of the super deadly Deathstroke the Terminator in the second season of DC Universe “Titans.” DC comics most notorious assassin Deathstroke has been played by a few different actors over the years from Manu Bennett on the second season of the CW’s Arrow to Joe Manganiello in a cameo as Slade Wilson at the end of the Justice League movie. Now DC fans will get to see what Esai Morales, who has played both the hero and the villain in such works as “NYPD Blue” and the 1983 cult classic “Bad Boys,” will bring to the infamous mantle of the worlds deadliest man. 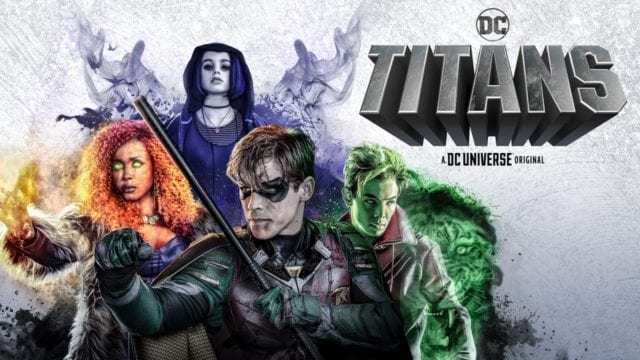 The producers of DC Universe “Titans” have released a character bio that states: “Slade Wilson is known for being DC’s deadliest assassin. While serving his country, Slade became an elite soldier before government testing enhanced his physiology to near superhuman levels, putting him on a path of darkness and revenge. To his family, Slade is a father and husband, but to the rest of the world, he is feared by many as the infamous Deathstroke; selling his services to the highest bidder as the ruthless assassin that never gives up and never misses.”

Now it’s still not known if this version of the cold-blooded killer who debut in the second issue of “The New Teen Titans” back in December of 1980 by Marv Wolfman and George Perez will play out his magnum opus story arc of “Judas Contract” or some evil new scheme. Either way, Easi Morales as Deathstroke means big trouble for Robin, aka Dick Grayson (Brenton Thwaites), Starfire (Anna Diop), Raven (Teagan Croft), Beast Boy (Ryan Potter), and also a second season addition Superboy (Joshua Opin) in the upcoming season of DC Universe “Titans.”