If a little is good, then more must be better. Announced earlier today that DC will be expanding its popular zombie story arc DCseased. Being advertised as an oversized one-shot titled DCeased: A Good Day to Die will tell an additional story set in the DCeased word. Tom Taylor will be joined by artists Darick Robertson (The Boys) and Laura Braga (DC Comics Bombshells) with more names to come.

“Honestly, as soon as I started writing DCeased, I realized I could write it for years,” Taylor told IGN over email on how this extra DCeased tale came to be. “With the epic scope of this series, there was no way to fit all the characters and all the ideas I had into just six issues. … We had a whole cast of characters whose tale was ending up on the comics cutting room floor. Writing is about killing your darlings, but these were darlings I wasn’t even going to get the chance to kill… until the idea of this special was raised by editor Ben Abernathy.” 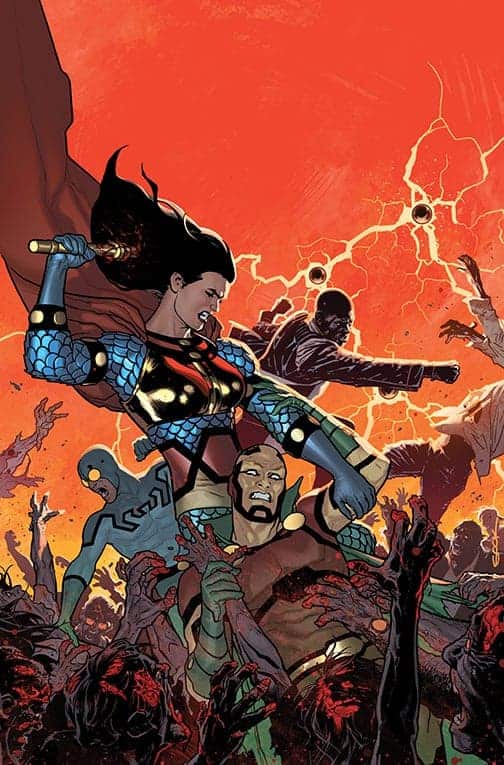 That idea entailed showing what Mister Miracle and Big Barda, who we briefly glimpsed in Issue #1, are up to during the events of DCeased. They’re joined by the duo of Booster Gold and Blue Beetle and everyone’s favorite sorcerer con man, John Constantine.

“This is a mission to save the world, and this may just be the only team who can save it,” Taylor teased.

The advanced solicitation reads as follows:

DCEASED: A GOOD DAY TO DIE #1 (One-Shot)
Written by Tom Taylor
Art by Laura Braga, Darick Robertson and others
On sale 9/4/19 48 pages @ $4.99
While the mainstays of the Justice League—Superman, Green Lantern and Wonder Woman—battle the worldwide infection in the pages of DCEASED, a group of other heroes work to stop the impending apocalypse—no matter who they have to kill!
Mr. Terrific assembles a motley group of surviving heroes including Mister Miracle, Big Barda, John Constantine, Blue Beetle and Booster Gold as they attempt to fight back against the tide of death. Can this ragtag group save the world where the Justice League has thus far failed? 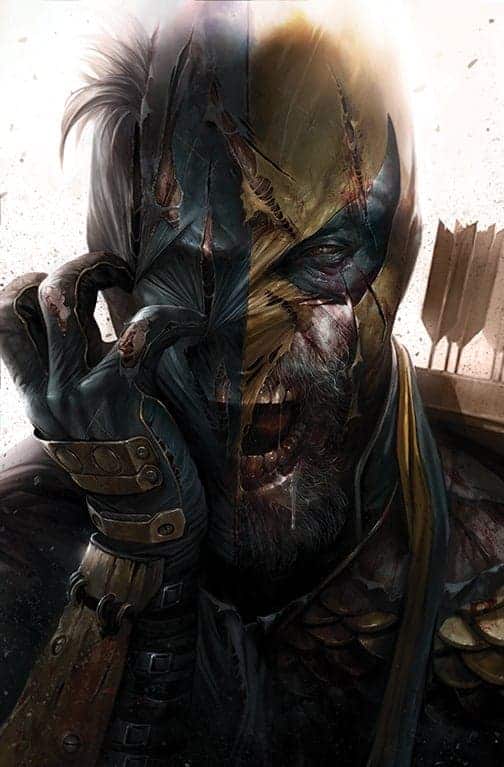 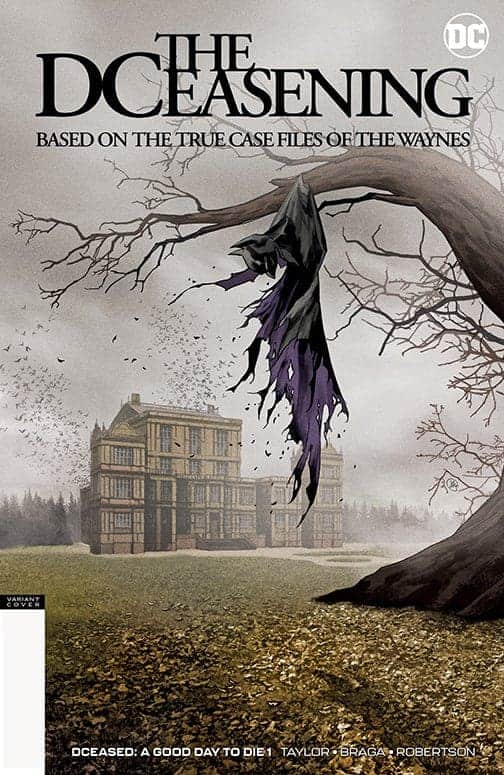