Fans will get a chance to dive into Marvel Comics’ most exciting new launches and ongoing series with new printings of MARAUDERS ANNUAL #1, MOON KNIGHT #7, SILK #1, DAREDEVIL: WOMAN WITHOUT FEAR #1, SILVER SURFER REBIRTH #1, DEVIL’S REIGN #3, and CONAN THE BARBARIAN #1 FACSIMILE EDITION! These sold-out issues will be available at comic shops starting on March 9, complete with new second printing covers.

No one is safe from Kingpin’s wrath in Chip Zdarsky and Marco Checchetto’s DEVIL’S REIGN #3. New York City stands at the brink of disaster as MAYOR WILSON FISK has at last reached a breaking point, with an army of super villains at his back, and a deputized crew of super villainous THUNDERBOLTS on the streets and in every police station. Worse still, he’s put the Marvel Universe’s most powerful tools into (all six) hands of one of its most diabolical minds, unaware of the disaster that could befall the entire city as a result! As a gauntlet of super villains stand between Captain America, Iron Man, Spider-Man and Daredevil and liberating the heroes who have been captured by Fisk’s law enforcement, they’re ALL about to learn that the danger is closer than they ever thought possible.

Chip Zdarsky and Rafael De Latorre’s DAREDEVIL: WOMAN WITHOUT FEAR #1 brings readers the next pulse-pounding chapter in the saga of New York City’s Guardian Devil, this time starring Elektra as Daredevil! This continuation of Zdarsky’s landmark DAREDEVIL run spins directly out of the shocking revelations in the pages of DEVIL’S REIGN! Elektra is the world’s deadliest assassin – and she’s taken a vow not to kill. Someone puts themselves directly in her path with deadly consequences. What else would you expect from the MARVEL UNIVERSE’S GREATEST HUNTER?!

A new crew of X-Men set sail in Steve Orlando and Creees Lee’s MARAUDERS ANNUAL #1! With Kate Pryde at the helm, the Marauders are ready to renew their mission of mutant rescue! She’s got the mission – all she needs now is a new boat and a fresh crew to match. Pryde and Bishop must unite a crew of mutants, new and old, to spring Daken from imprisonment at the hands of a leader who’s as cruel as he is charismatic: the primal provocateur known as Brimstone Love! It’s the Marauders versus the Theater of Pain, a torture troupe that’s set up shop in Xavier’s School’s old backyard! Come aboard for the first adventure as Orlando takes the helm with the X-Men’s sea-faring mutant team. 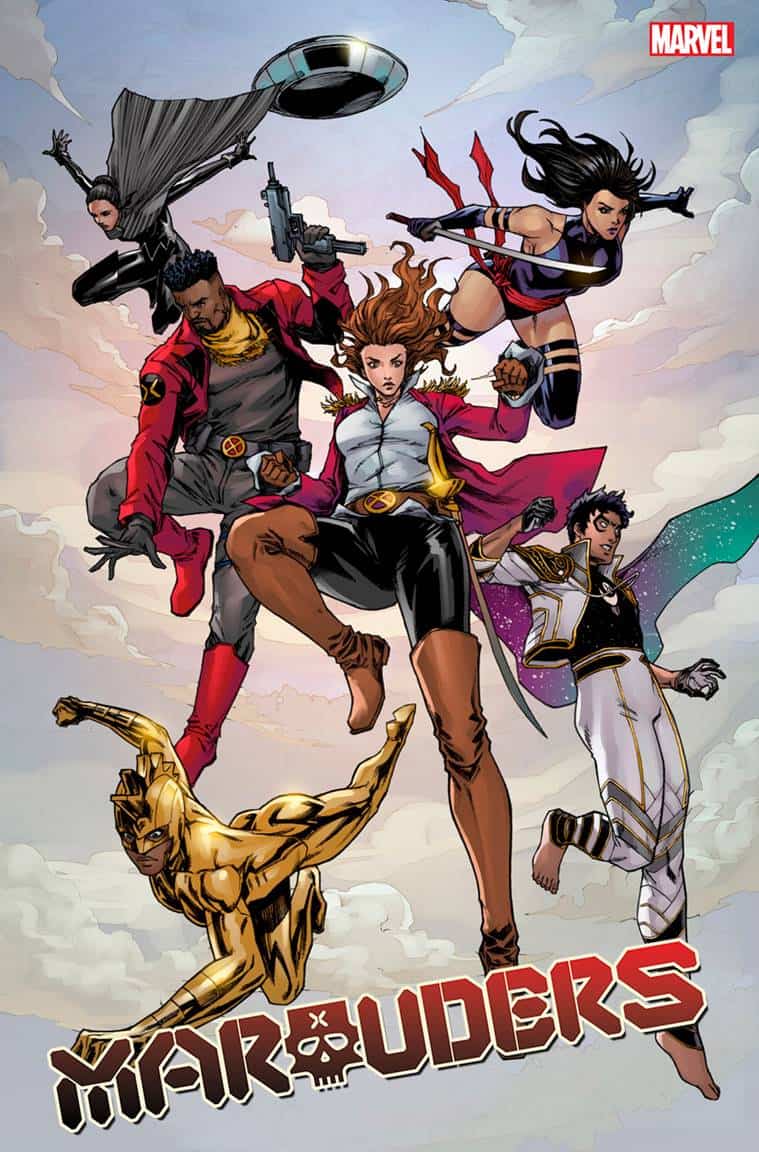 Joined by artist Federico Sabbatini, Jed MacKay’s hit run on Moon Knight continues in MOON KNIGHT #7! How do you fight someone that no one knows? Moon Knight is out for blood and hits the streets armed only with a name, but he soon finds out that in the twilight half-world of NYC super villainy, sometimes the streets hit back. And while he’s fighting his way through the super-crime underworld, he’d better watch his back. 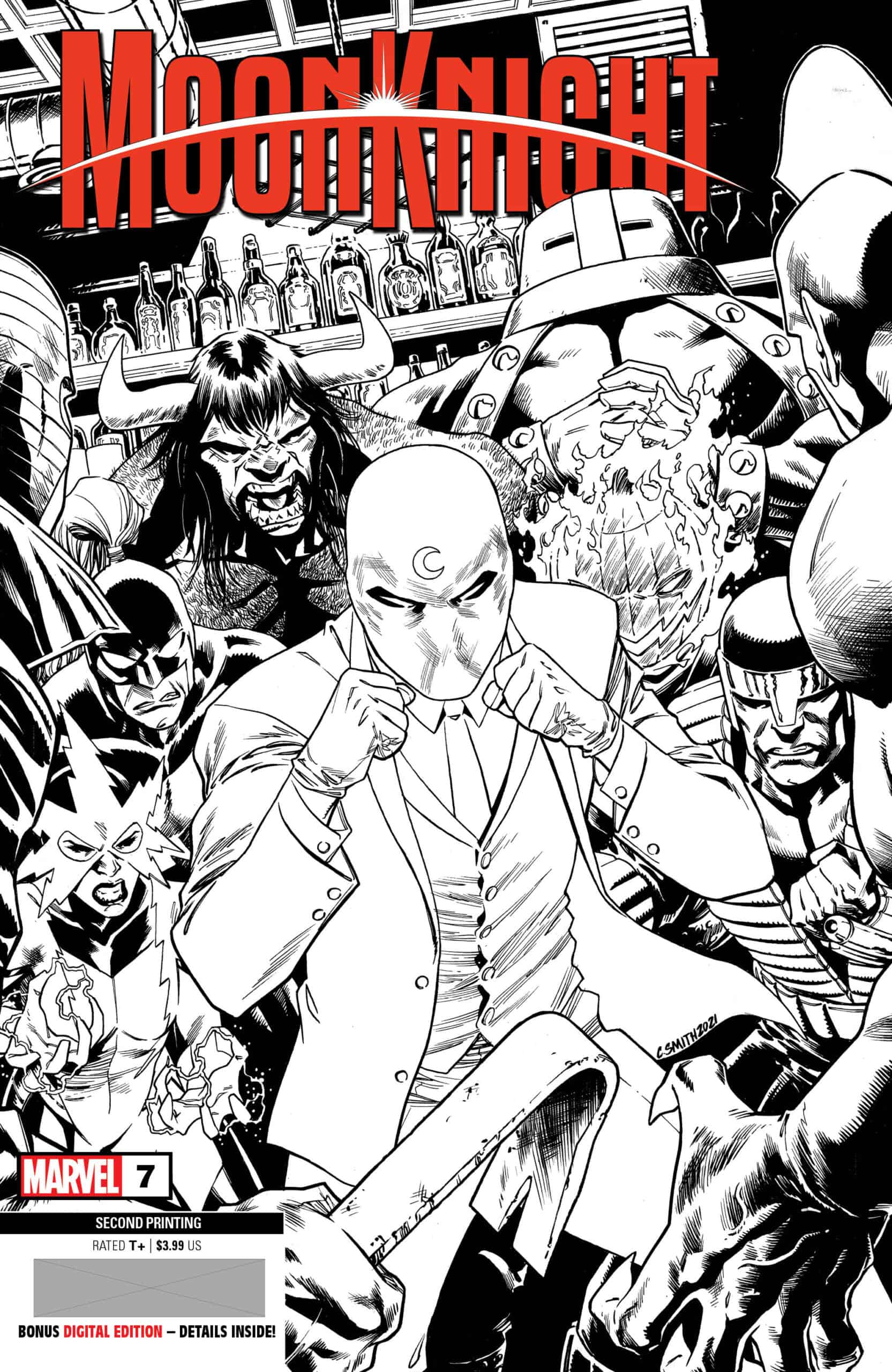 The best character ever is back in her own series and about to glam up the whole Marvel Universe in Rainbow Rowell and Roge Antonio’s SHE-HULK #1! Jennifer Walters is no longer savage and needs to put her life back together. She’s got a career to rebuild, friends to reconnect with (and maybe represent in a court of law) and enemies to… well, she may not want to connect with them, but they are DEFINITELY going to connect with her. And the last page of this first issue is going to send Jen down a road she’s never traveled and that will shake up her life and possibly the whole Marvel Universe.

Don’t miss the comics debut of stunning storyteller Emily Kim and the return of legendary comic artist Takeshi Miyazawa in SILK #1! Cindy Moon returns as the web-spinning Spider-Hero SILK in an all-new, all-star series! As Silk gains popularity in the public eye, Cindy is questioning her place in the world. But existentialism will have to wait when a powerful new villain is turned loose! In a race against the clock, Silk discovers the dangers of ancient Korean magic – and social media. 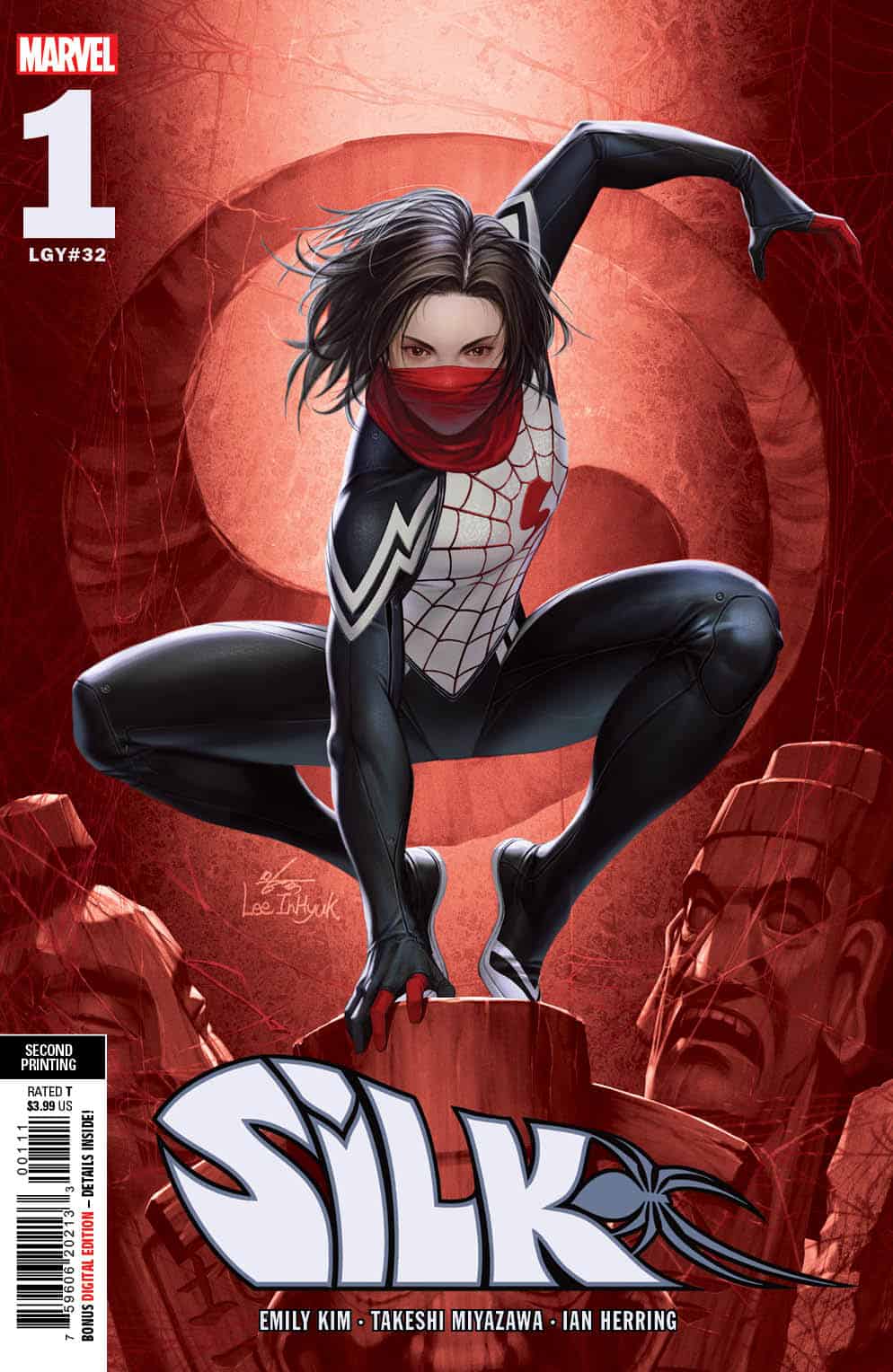 Legendary creators Ron Marz and Ron Lim returning to tell a story set during their fan-favorite run of SILVER SURFER in SILVER SURFER REBIRTH #1! Someone has stolen the Reality Gem, an object that allows the user to fulfill any wish no matter the consequences! But whoever has taken it is doing things like bringing back the dead hero Captain Mar-Vell. It’s up to Silver Surfer to team up with the least likely of allies, Thanos, to find the Gem and restore reality to its proper form. The second printing variant cover of SILVER SURFER REBIRTH #1 will feature all-new artwork by Ron Lim.

Also returning to shops will be the special facsimile edition of CONAN THE BARBARIAN (1970) #1! Over fifty years ago, legendary writer Roy Thomas teamed with visionary artist Barry Windsor-Smith for the first comic book adaptation of Robert E. Howard’s pulp novel icon – introducing True Believers to swords and sorcery in the Mighty Marvel Manner! Conan comic books soon became a huge, industry-changing success story – and it all began with CONAN THE BARBARIAN #1 in 1970! Join the young Cimmerian warrior as he and an Aesir raiding party invade the land of Vanaheim – setting Conan on a path of adventure leading to winged demons, a dark temple and the mysterious Star-Stone, which would offer a vision of Conan’s future as a king! It’s one of the all-time great Marvel comic books, boldly re-presented in its original form, ads and all! 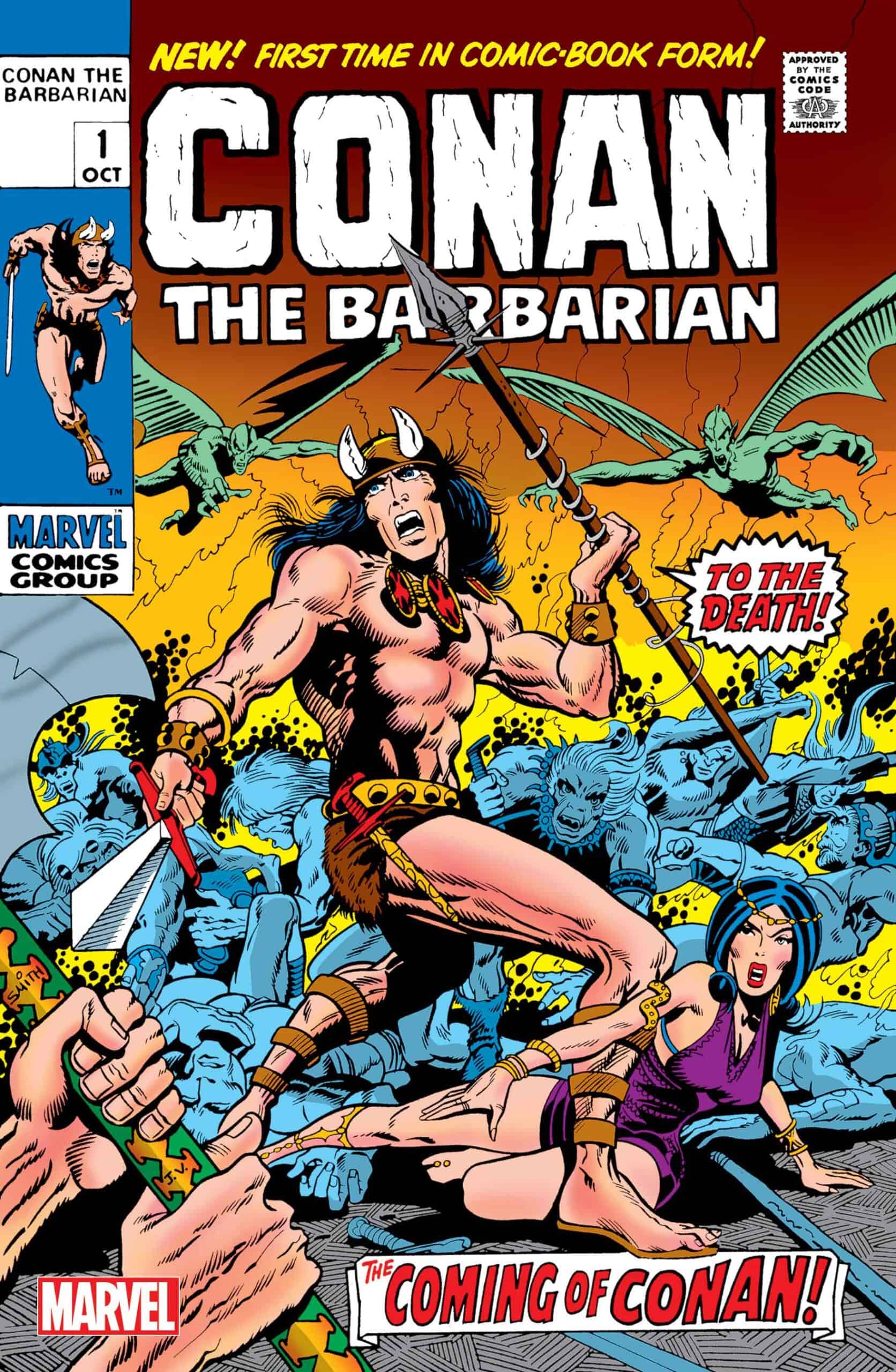 Check out the covers now and be sure to check with your local comic shop for availability!