The Infamous Boogieman from Halloweentown, Oogie Boogie, is here to haunt your Halloween with fan-favorite Funko flair! Dress up as the menacing Nightmare Before Christmas Pop! Vinyl figure with this limited edition PREVIEWS Excusive Funko x Disguise Mask. This one-size, glow-in-the-dark Oogie Boogie vacuform mask is lightweight for wearability and features: half-tone printing to preserve the integrity of the character’s face while allowing the wearer to see clearly; a molded tag on the back for wall hanging; and a logo-printed elastic band. Measures approximately 16″ w x 14″ H x 3″ D. This PREVIEWS Exclusive mask is limited to only 5000 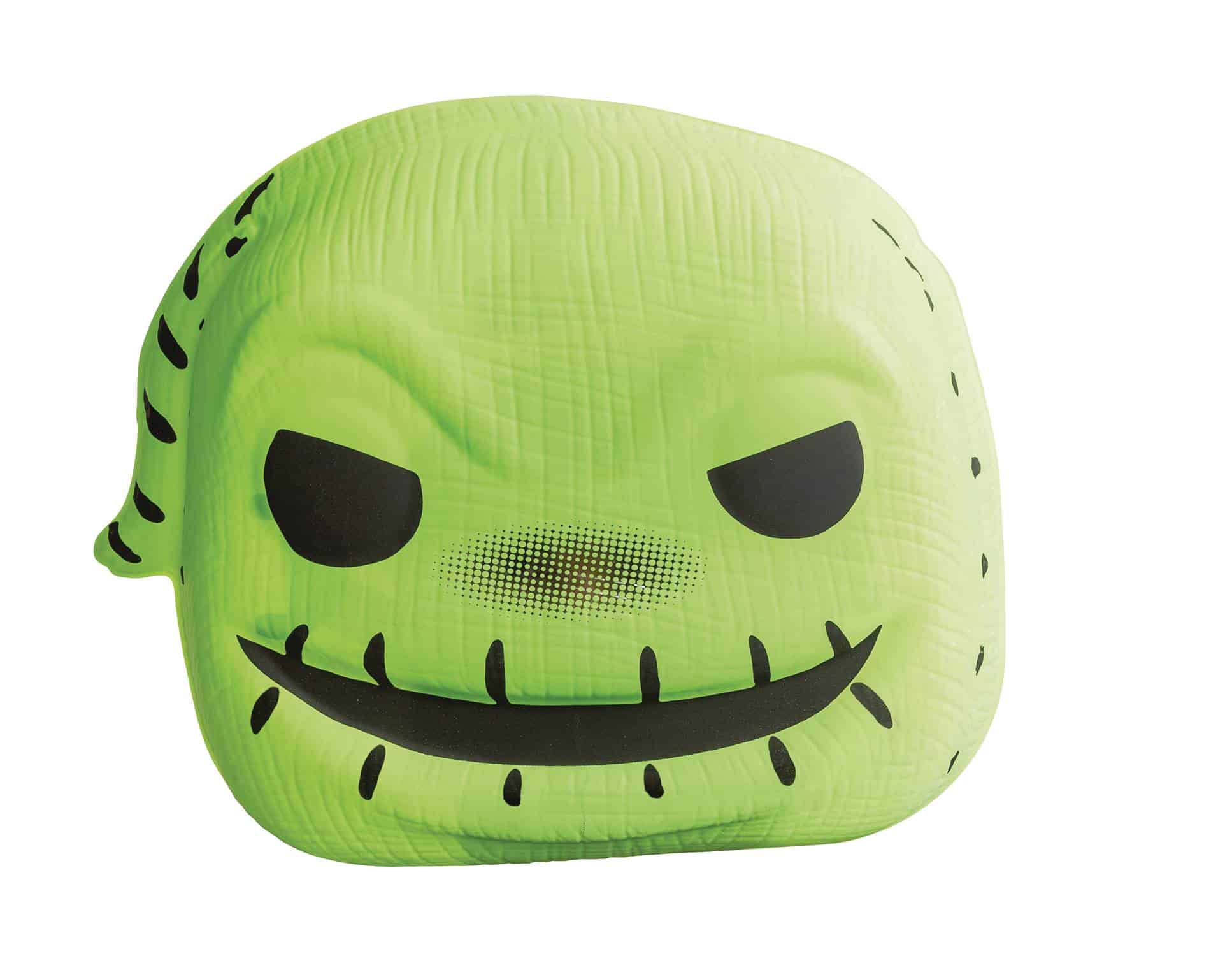 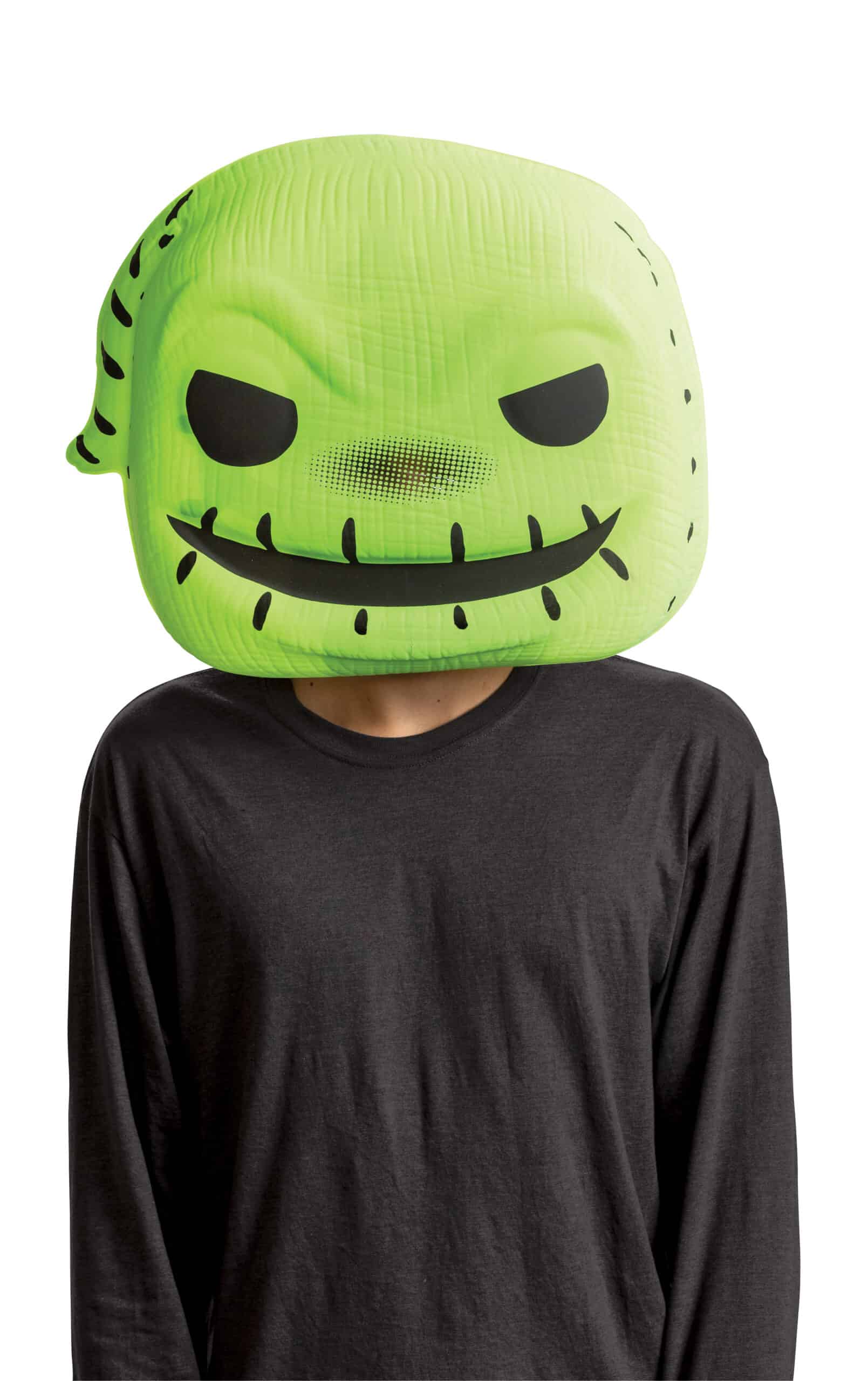 This makes takes the shape of oversized Funko-inspired masks. These one-size, glow-in-the-dark vacuform masks are lightweight for wearability and feature half-tone printing to preserve the integrity of the character’s face while allowing the wearer easy visibility. 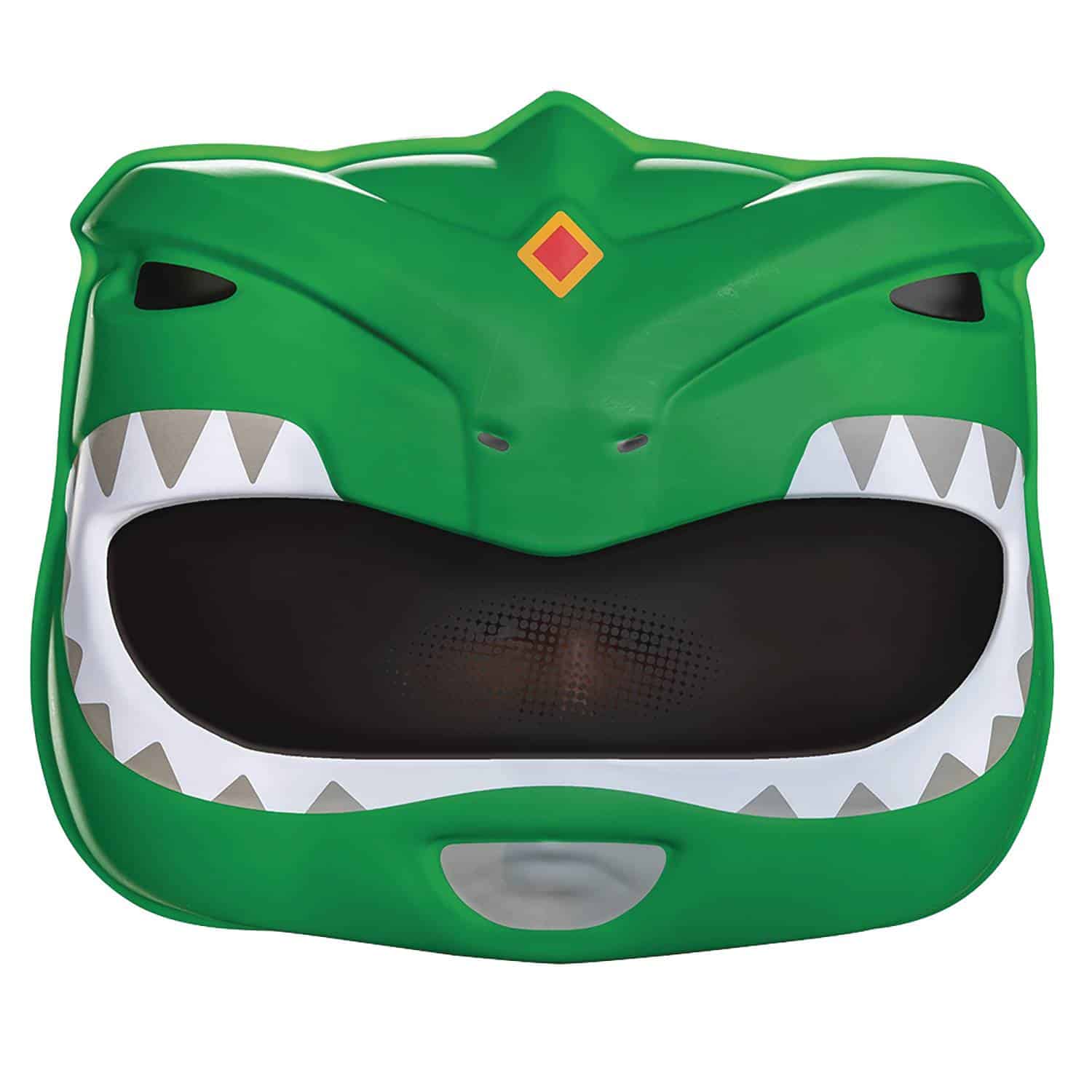 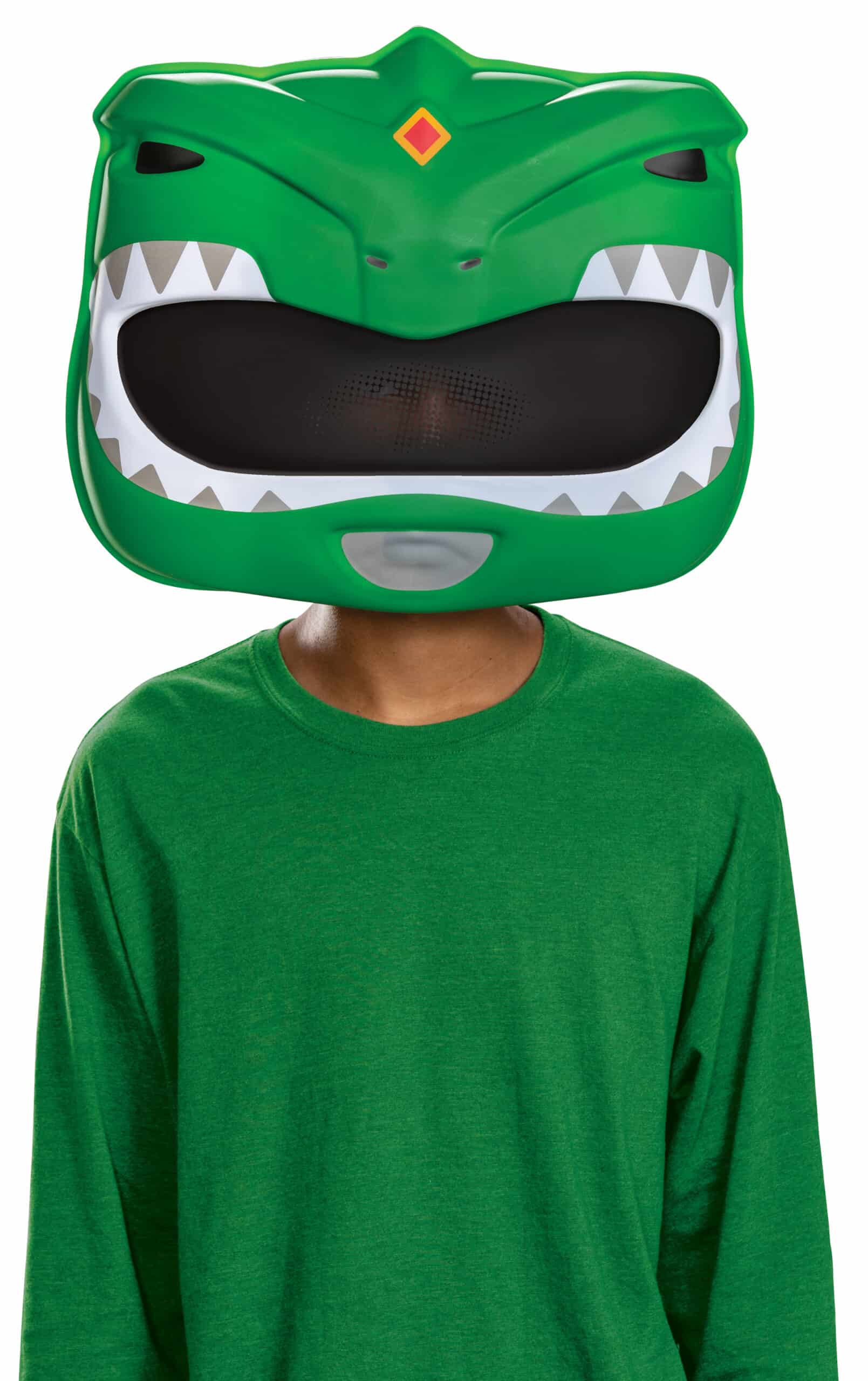 These classic-style tin lunchboxes come with matching thermos feature some of the most unforgettable moments in Teenage Mutant Ninja Turtles history. The Classic Comic #1 Lunchbox (NOV218909, SRP $24.99) features the foreboding foursome in their first appearance of Kevin Eastman and Peter Laird’s now-iconic TMNT comic. The Last Ronin Lunchbox (NOV218910, SRP $24.99) features art from the gritty TMNT story that changed comics forever, telling the dystopian tale of the lone survivor of the honorable four who will stop at nothing to avenge his fallen family. 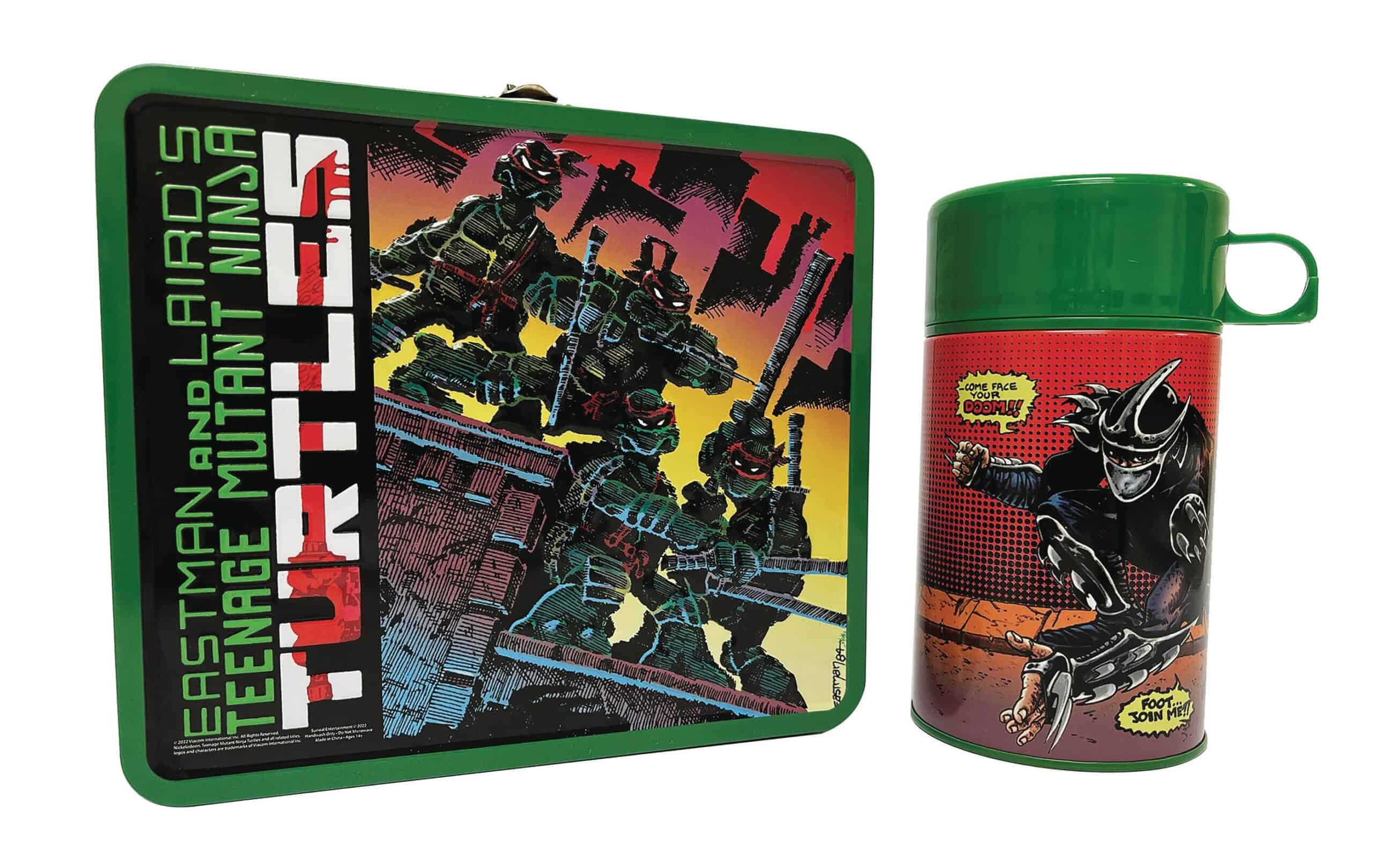 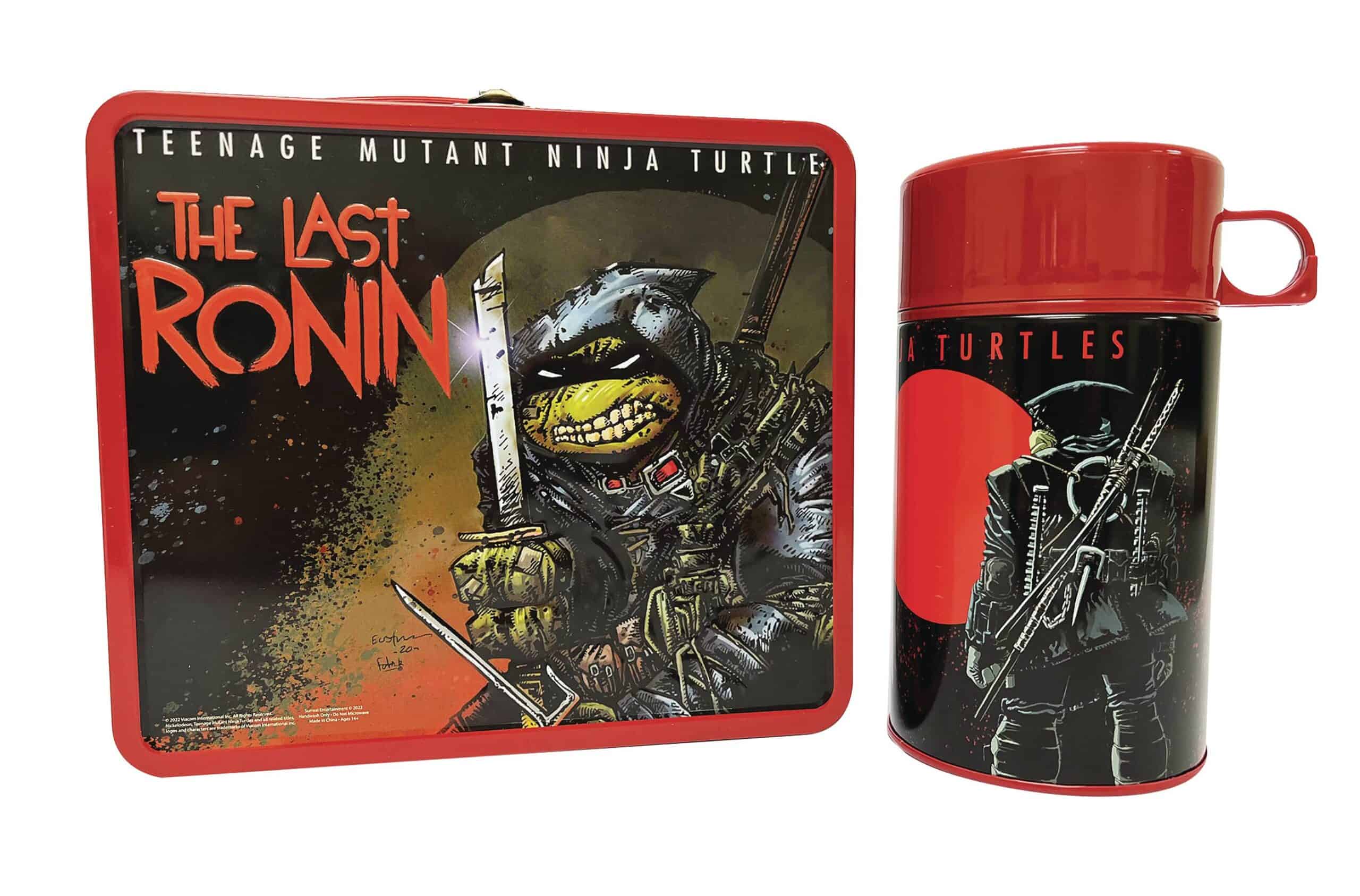 The Last Ronin Action Figure (NOV218961, SRP $29.99) is a meticulously detailed and highly poseable figure with 14 points of articulation. The figure comes with an array of accessories including Don’s bo staff, Mikey’s nunchaku, Raph’s twin sai, and both of Leo’s katanas, one with a broken blade, as well as a grappling hook and rope that fasten to his accessory belt. Also available is a limited black-and-white chase variant. Chase figures are packed randomly and cannot be guaranteed with purchase. 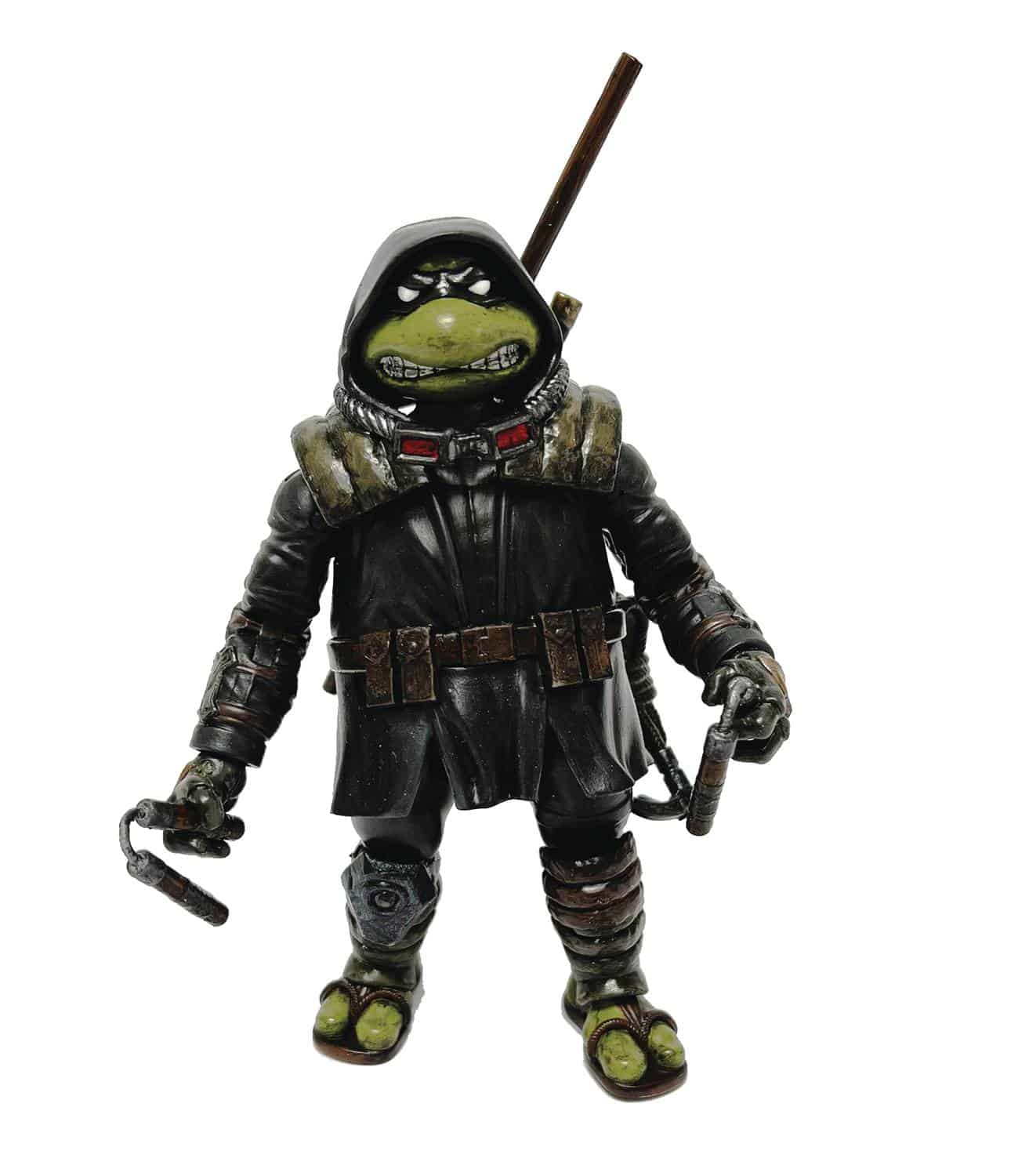 The five Fear Android Ichibansho figures are expertly crafted and meticulously sculpted in their most popular poses to look like their respective anime characters. Each Fear Android non-scale PVC figure is exclusive to North America and comes packaged in a printed box featuring limited edition 40th Anniversary PX branding. 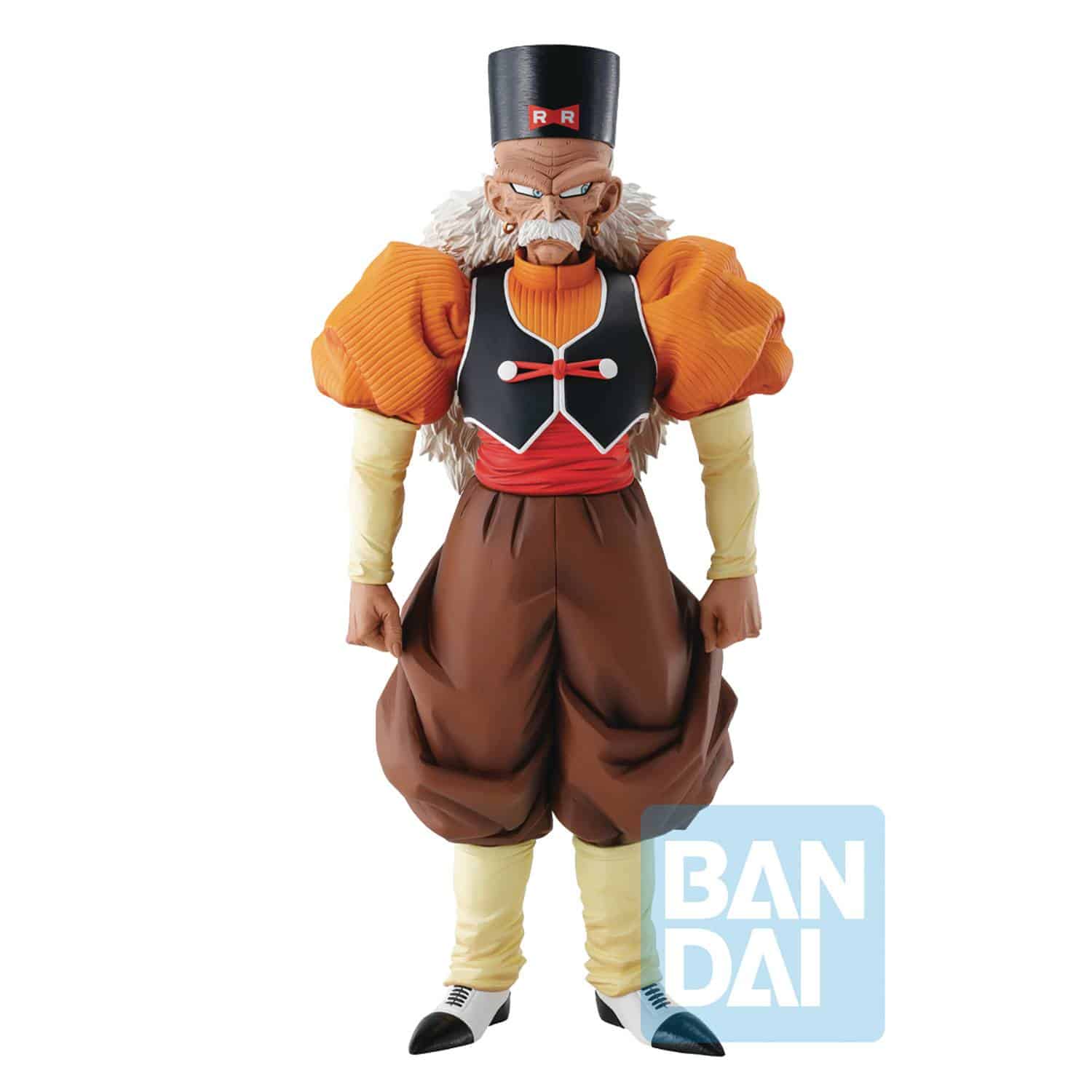 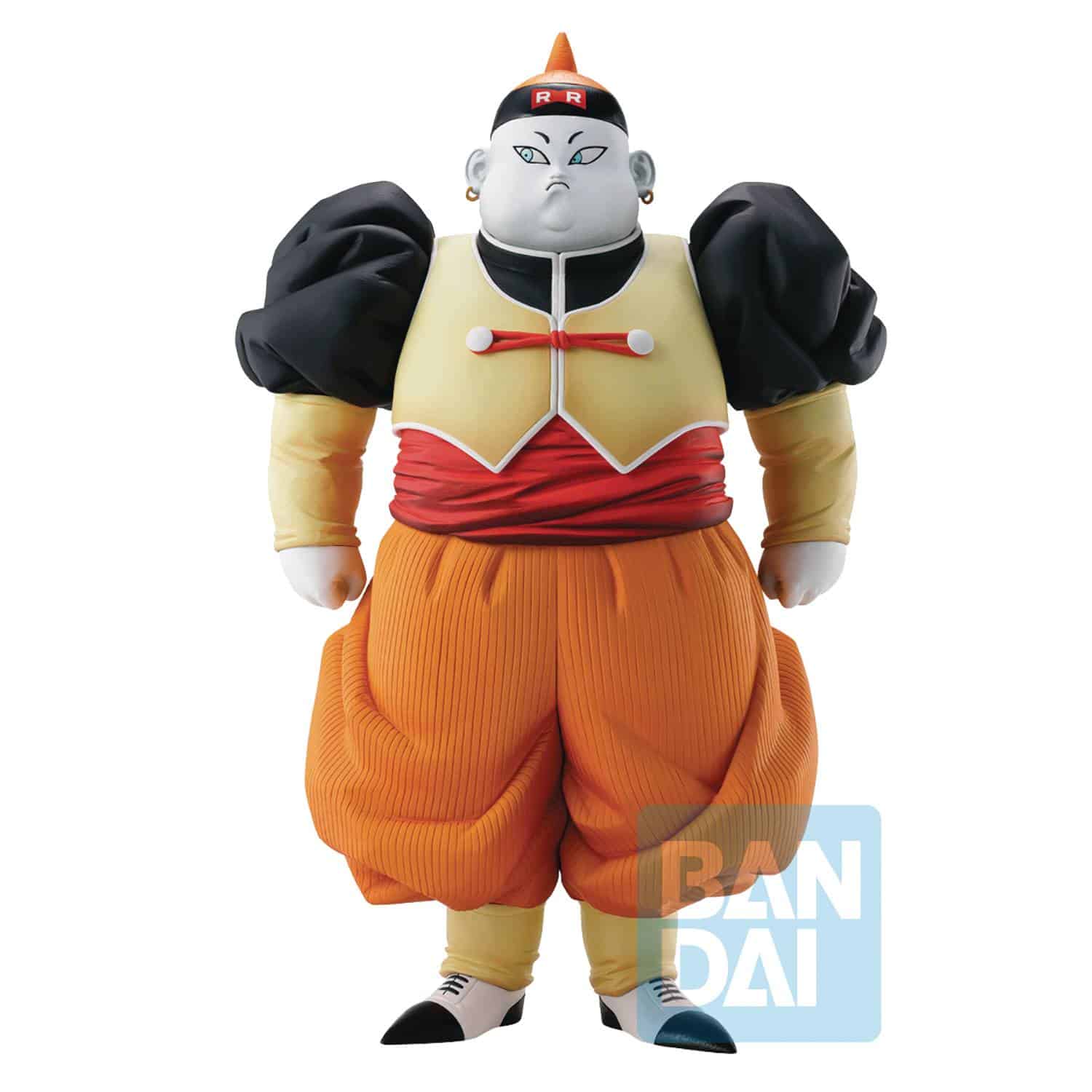 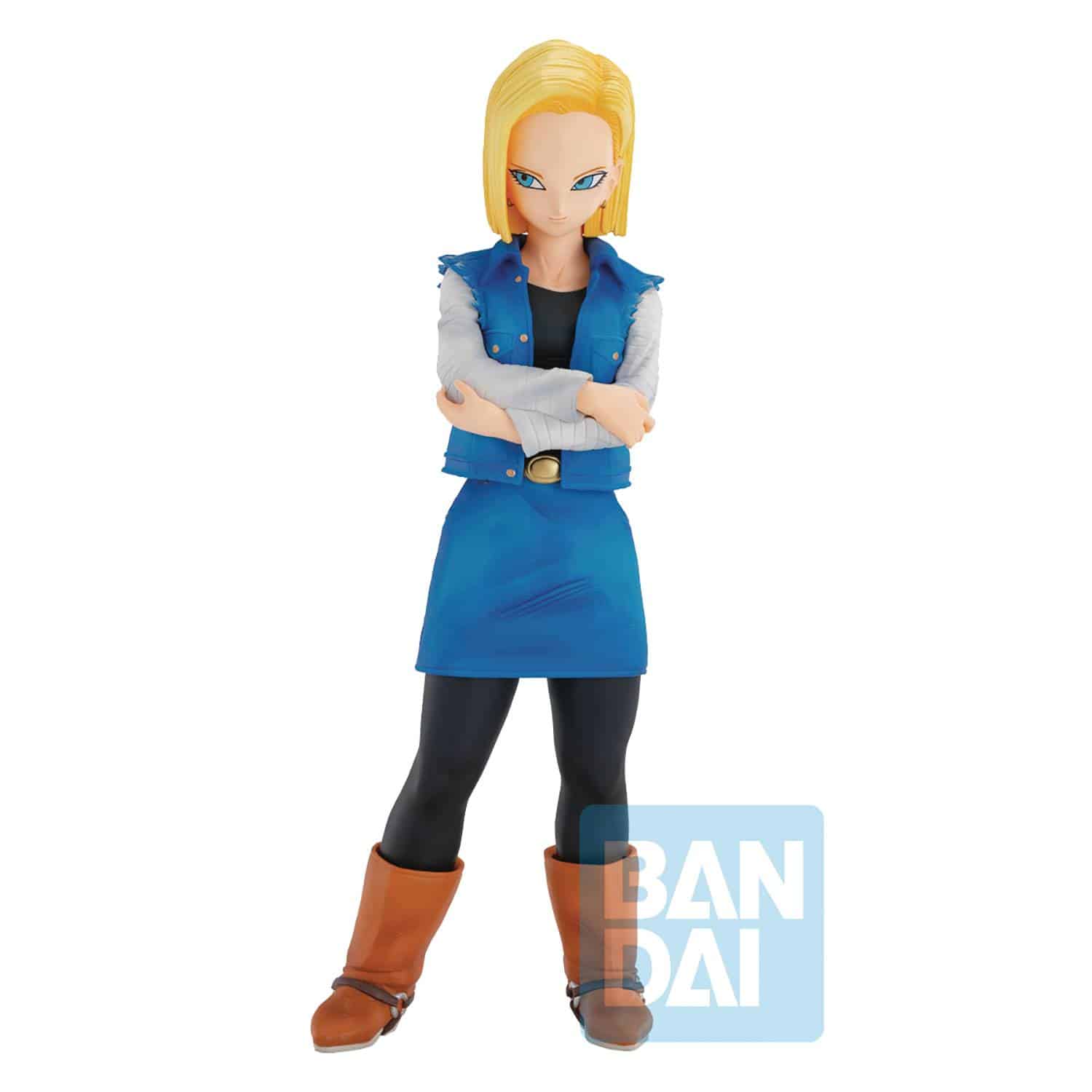 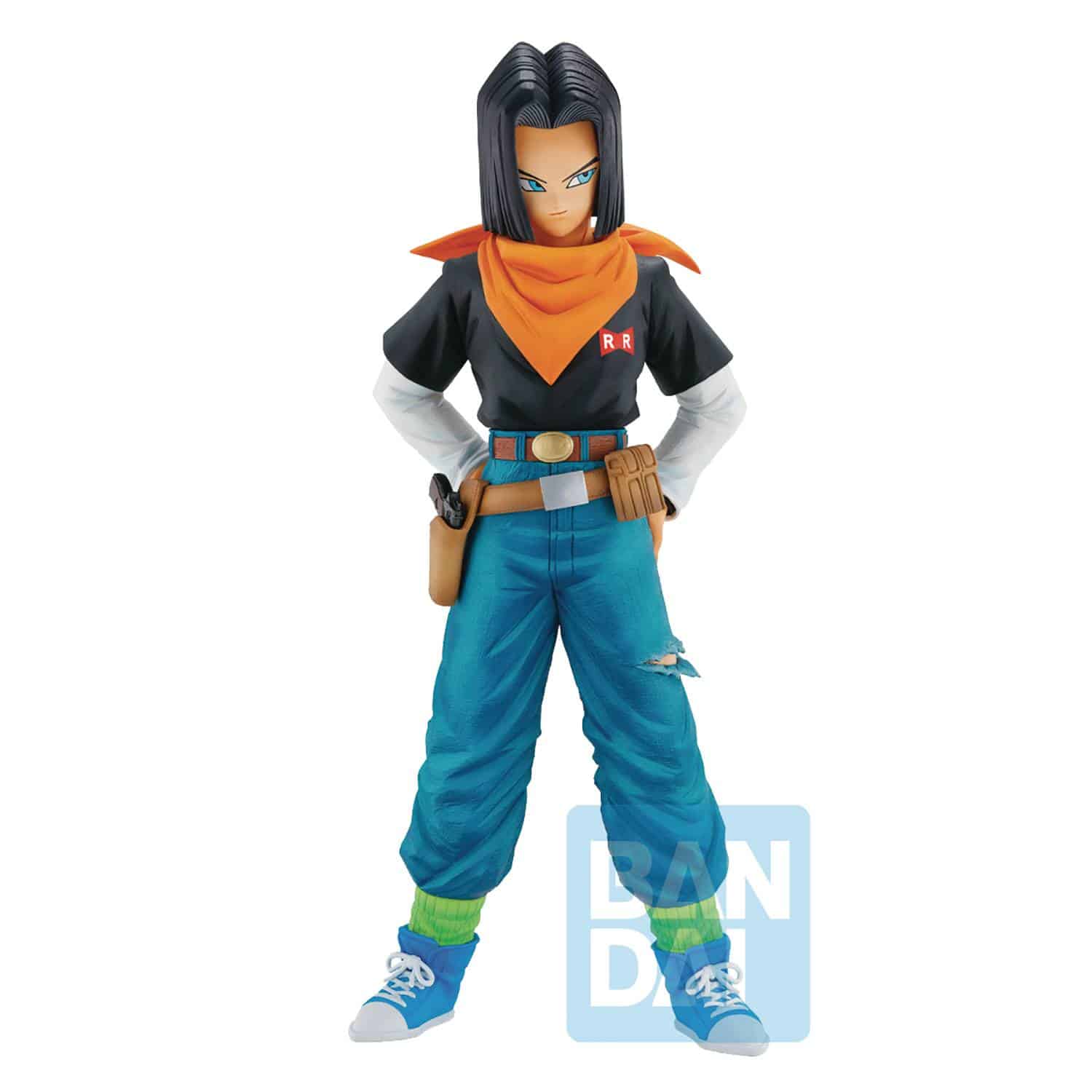 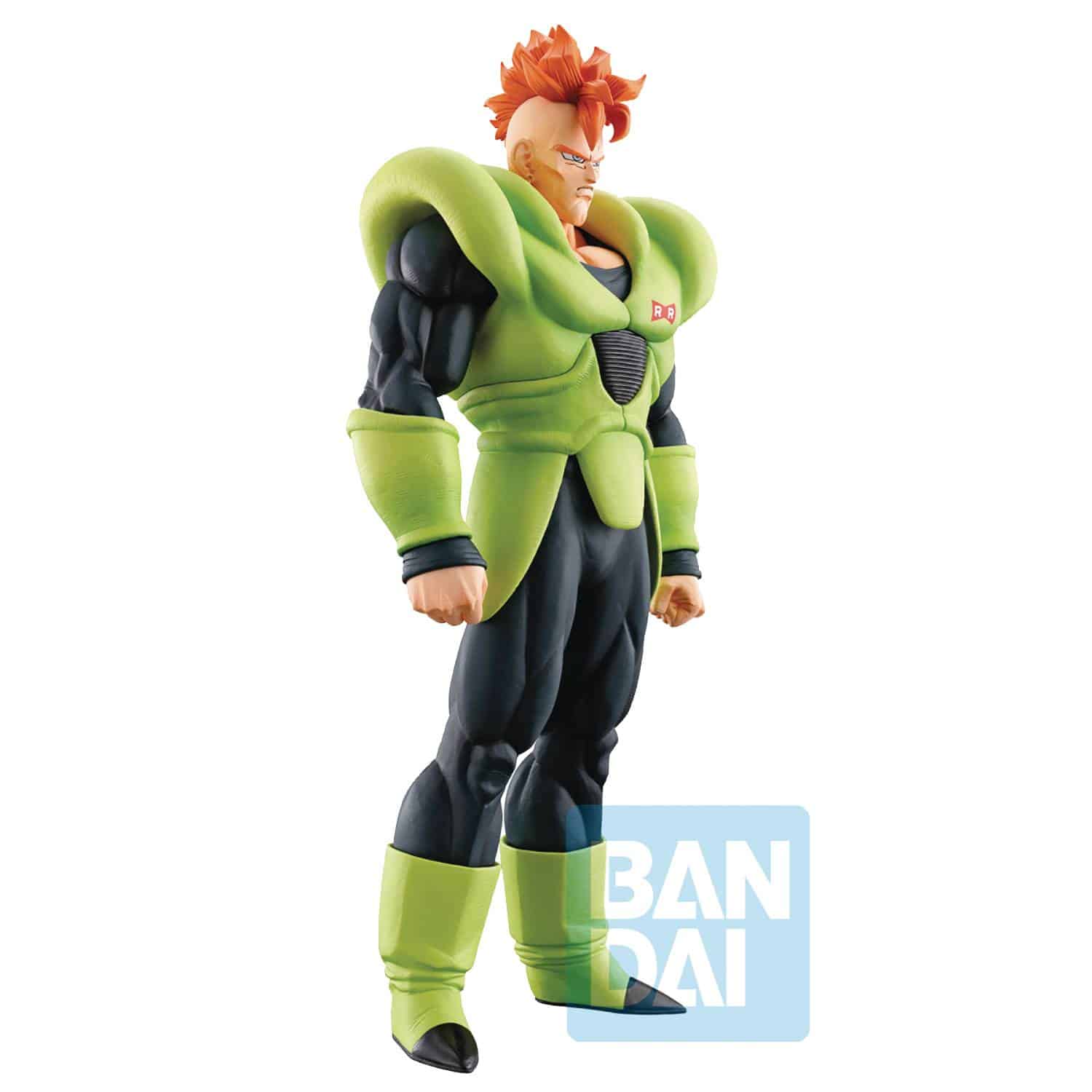 From the classic Disney animated television series Gargoyles, Leader of the Manhattan Clan, the ancient Goliath stands 4 1/4-inch tall and comes packaged in a retro-styled soda can along with a collectible disc. Also available is a stone chase variant. Chase figures are packed randomly and cannot be guaranteed with purchase. 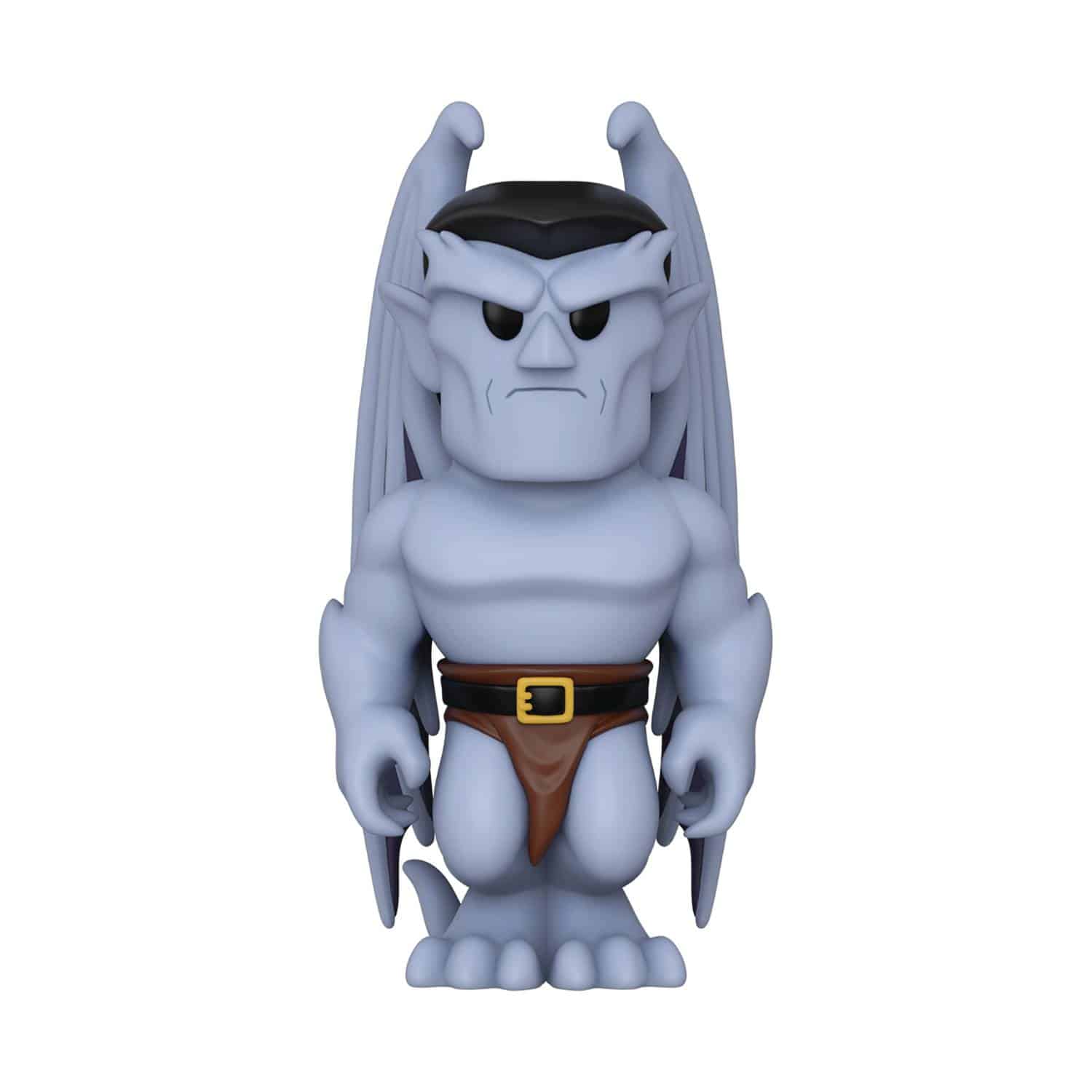 Inferno Armor, the armor that came forth from the void, is now available in the CHOU-DAN-KADOU action figure series. The attachable armor can be equipped to the included action figure or displayed on its own. The set includes two types of optional wrist parts, three optional expression parts, Swords of Fervor (Gouretsu Ken), sword sheaths, connecting parts for Swords of Fervor, and a frame base. 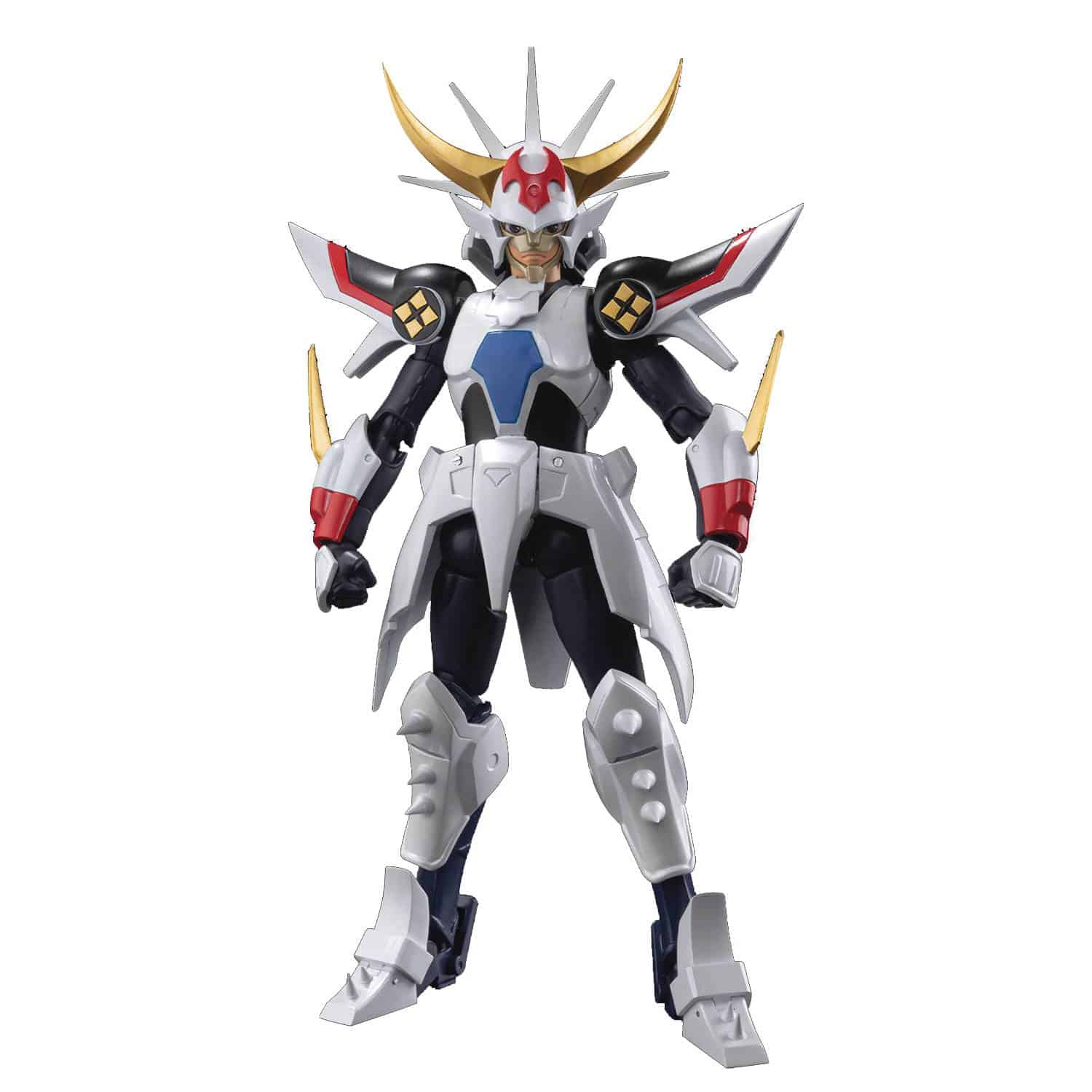 These PREVIEWS Exclusive figures are available for pre-order at comic shops through PREVIEWSworld PullBox.