This April DOCTOR STRANGE: NEXUS OF NIGHTMARES #1 will give fans the chance to experience one of Stephen Strange’s most incredible heroic adventures!

As Marvel’s Sorcerer Supreme currently embarks on a transformative new era in the pages of DEATH OF DOCTOR STRANGE and the upcoming STRANGE #1, but this upcoming one-shot will journey to the past with a never-before-told saga that presents Doctor Strange at his spellbinding best!

NEXUS OF NIGHTMARES will pit the Doctor against his two most terrifying villains, Nightmare and Baron Mordo, and showcasing some of Doctor Strange’s greatest feats yet.  DOCTOR STRANGE: NEXUS OF NIGHTMARES will also provide a perfect entry point into the unique mystical world of Doctor Strange, expertly crafted by legendary Marvel great Ralph Macchio and rising star artist Ibrahim Mostafa this epic tale also promises to dazzle longtime fans of the iconic character with a fascinating venture into the dream realm that you won’t want to wake up from!

Nightmare has invaded Doctor Strange’s dreams and turned them into terrible nightmares! These dark feelings now inhabit every fiber of Doctor Strange’s waking life and have left him weak and unable to protect the realm. Now, Baron Mordo and Nightmare are ready to strike. Can Stephen shake Nightmare’s grip over him? Or will the world be lost to Nightmare’s dream realm forever! 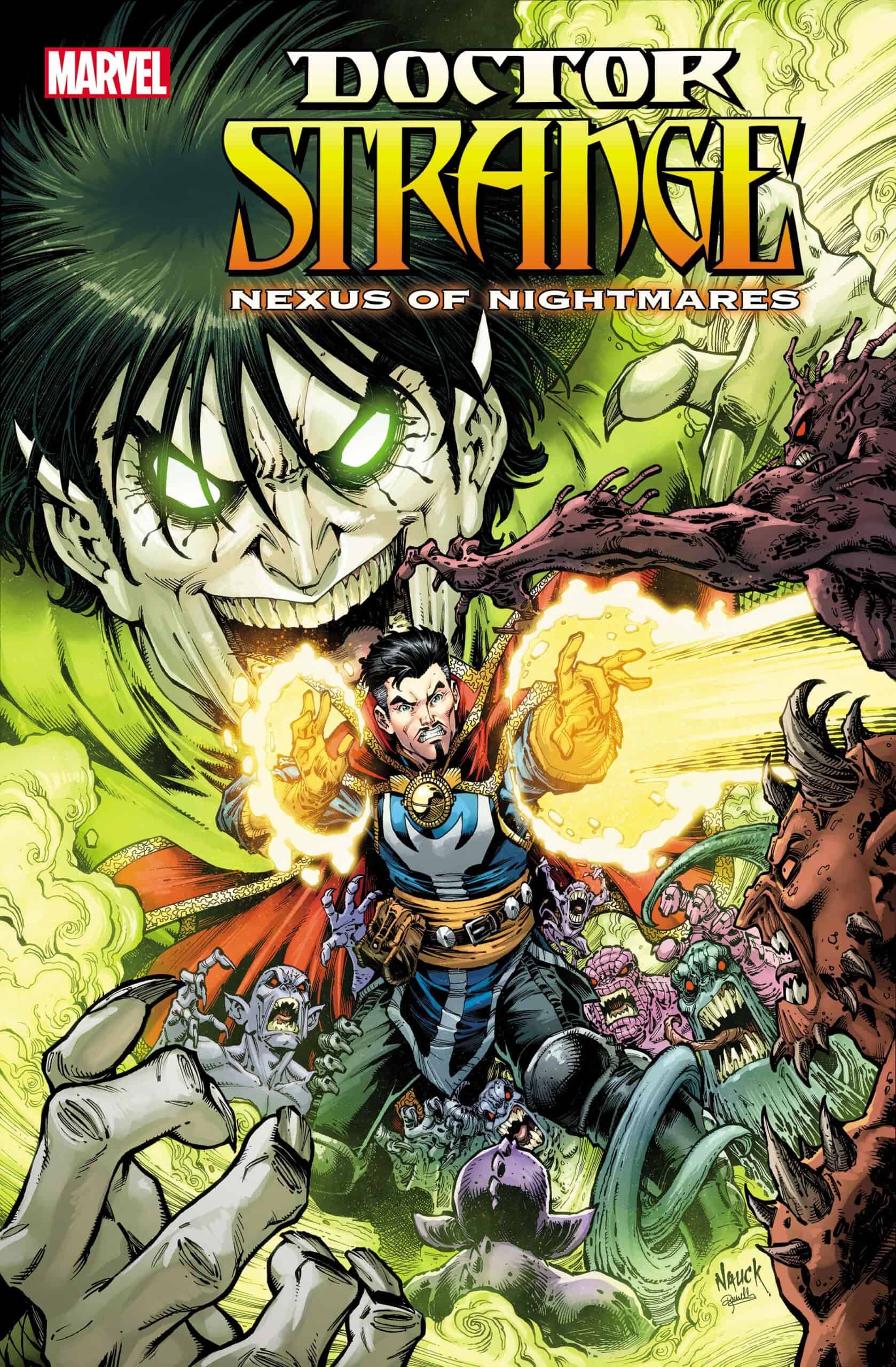