What do you do when fighting your parents gets boring? You bring in one of the strongest sorceresses in the universe! Announced earlier in the week, veteran actress Elizabeth Hurley will take up the role of famed Arthurian witch on the upcoming season of Marvel’s Runaways on Hulu. Morgan LeFay made her debut in 1955 in The Black Knight #1, created by Stan Lee and Joe Maneely. The show’s producers had this to say regarding the Marvel character: “Morgan le Fay is an iconic Marvel villain. A student of Merlin, she is considered the greatest sorceress of all time. With a black crow as her familiar and the ability to enchant objects, manipulate mystic energy and astral project, she is powerful and intelligent with a cutthroat wit.” So with that being said, we will have to wait and see where they decide to take LeFay’s character with regards to the show’s plot. As always, stay tuned in to Comic-Watch for breaking news and updates. 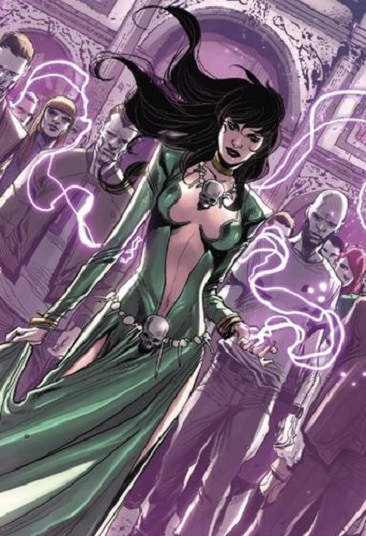