NEWS WATCH: Elsa Bloodstone Gets Her Own Action Soaked Prose Novel this May!

As revealed today on Marvel.com Elsa Bloodstone our favorite smart-mouthed monster hunter is getting her own action adventure prose novel this May from Aconyte Books‘ as Elsa joins the MARVEL HEROINES publishing line in ELSA BLOODSTONE: BEQUEST by Cath Lauria!

Elsa Bloodstone just can’t catch a break. She’s barely finished shutting down a hive of ratmen when a spec ops squad turns up guns blazing – and they’re shooting at her! It’s nothing a good grenade can’t sort out though. When Elsa returns home, she discovers an unexpected guest claiming to be her long-lost sister, seeking her own stolen Bloodstone shard. The Bloodstone is the secret to Elsa’s superhuman powers, and a shard in villainous hands is seriously bad news. Cue globetrotting adventure, monster smashing, and a revelation about her family past that could overturn everything Elsa’s ever known. 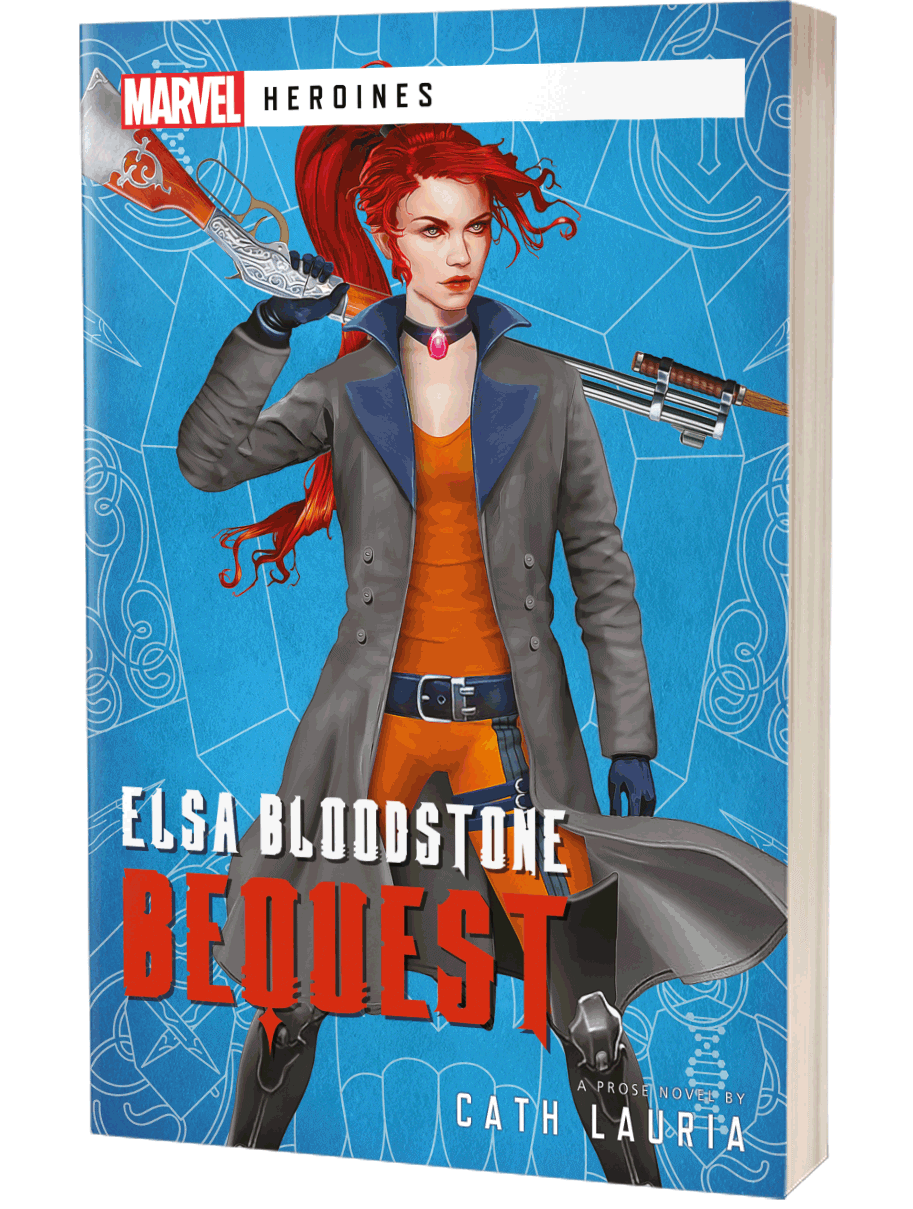 Elsa Bloodstone: Bequest is the third prose novel from the MARVEL HEROINES line, which centers on captivating stories that feature some of Marvel’s best-loved characters — some just coming to understand their powers for the first time, and others firmly established among the ranks of legendary Super Heroes.

Elsa Bloodstone: Bequest will be available in trade paperback, ebook and audiobook formats, available at bookshops and online retailers this spring on May 4, 2021. Pre-order now!

NEWS WATCH: Elsa Bloodstone Gets Her Own Action Soaked Prose Novel this May!