BOOM! Studios has revealed the first look at ONCE & FUTURE #21, the continuation of a new story arc in the critically acclaimed series from New York Times bestselling writer Kieron Gillen (The Wicked + The Divine, Star Wars), Russ Manning Award-winning artist Dan Mora (Buffy the Vampire Slayer, Klaus), colorist Tamra Bonvillain (Captain Marvel), and letterer Ed Dukeshire (The Red Mother), about retired monster hunter Bridgette McGuire, her unsuspecting grandson Duncan, and their intrepid ally Rose who protect their nation from legends and myths risen from the grave to battle for dominion over the land, available in October 2021.

What ancient and mythical danger awaits Bridgette, Duncan, and Rose as they seek Rose’s parents in the city of Bath? To complicate matters, an Arthurian knight pursues them with an offer for Rose and Duncan – join the Round Table or face death. If they survive the encounter, they’ll be pulled into the next phase of Bridgette’s plan… finding the lair of the greatest hunter the world has ever seen.

ONCE & FUTURE #21 features a main cover by series artist Mora and variant covers by Mora and acclaimed artist Jonboy Meyers (The Walking Dead). 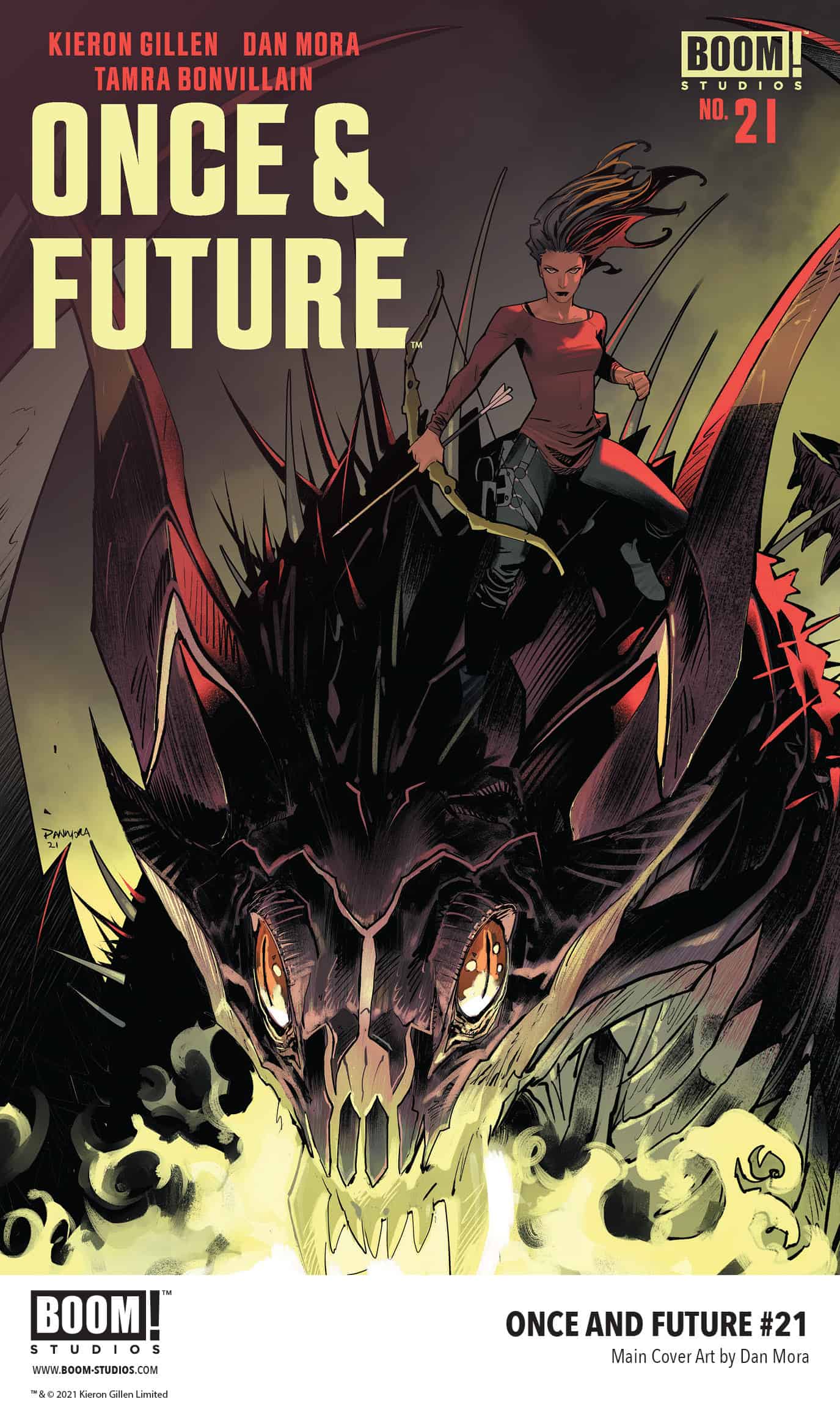 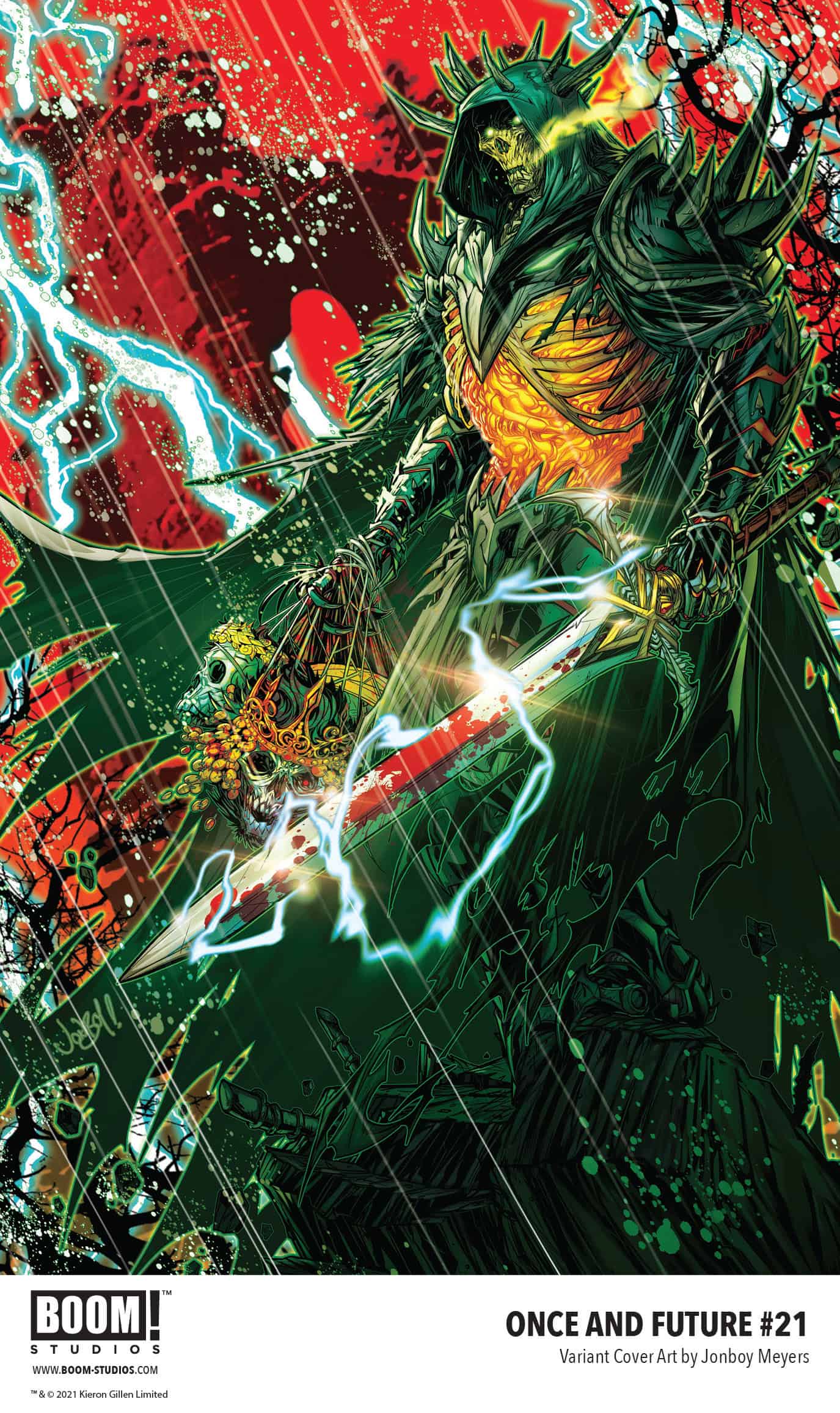 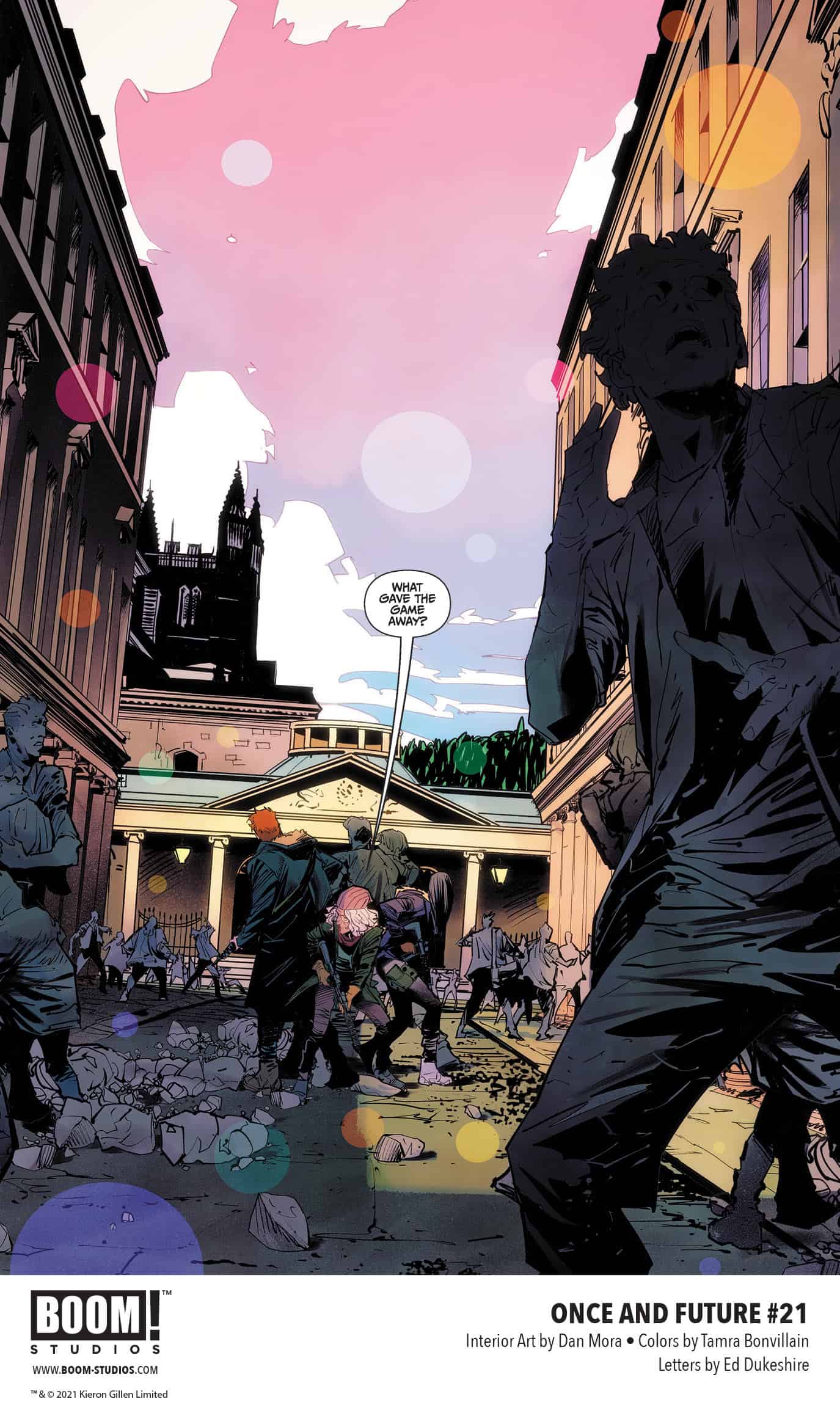 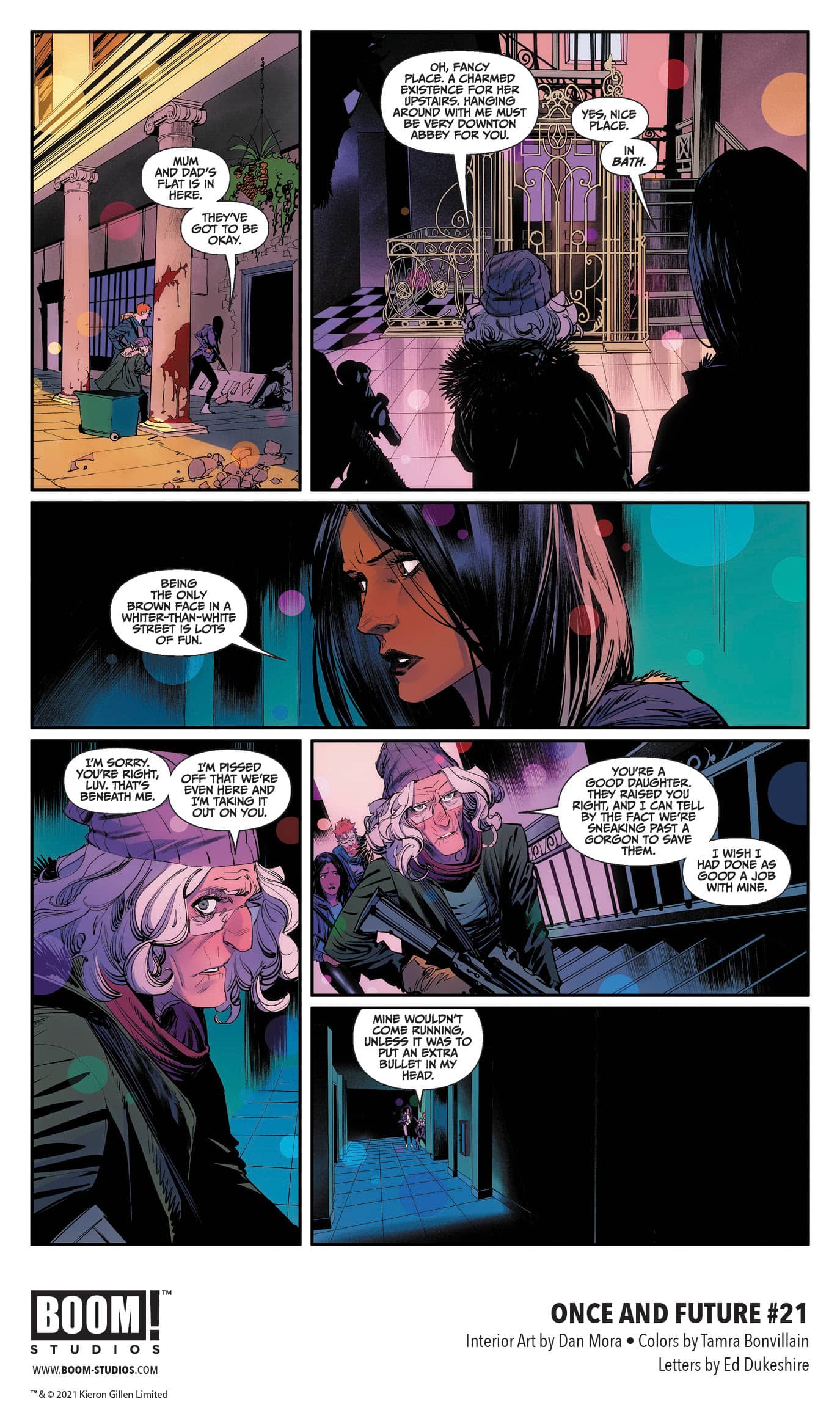 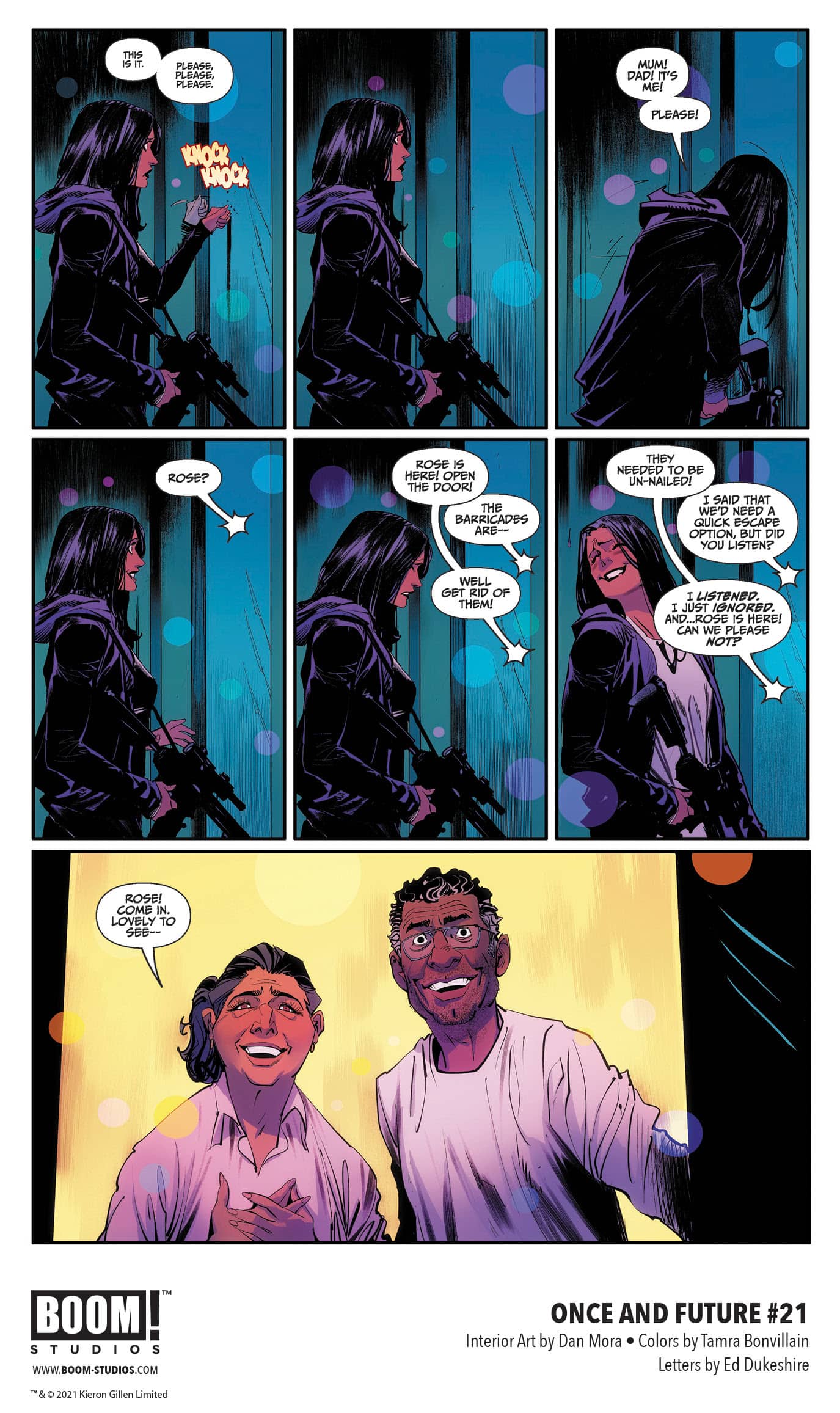 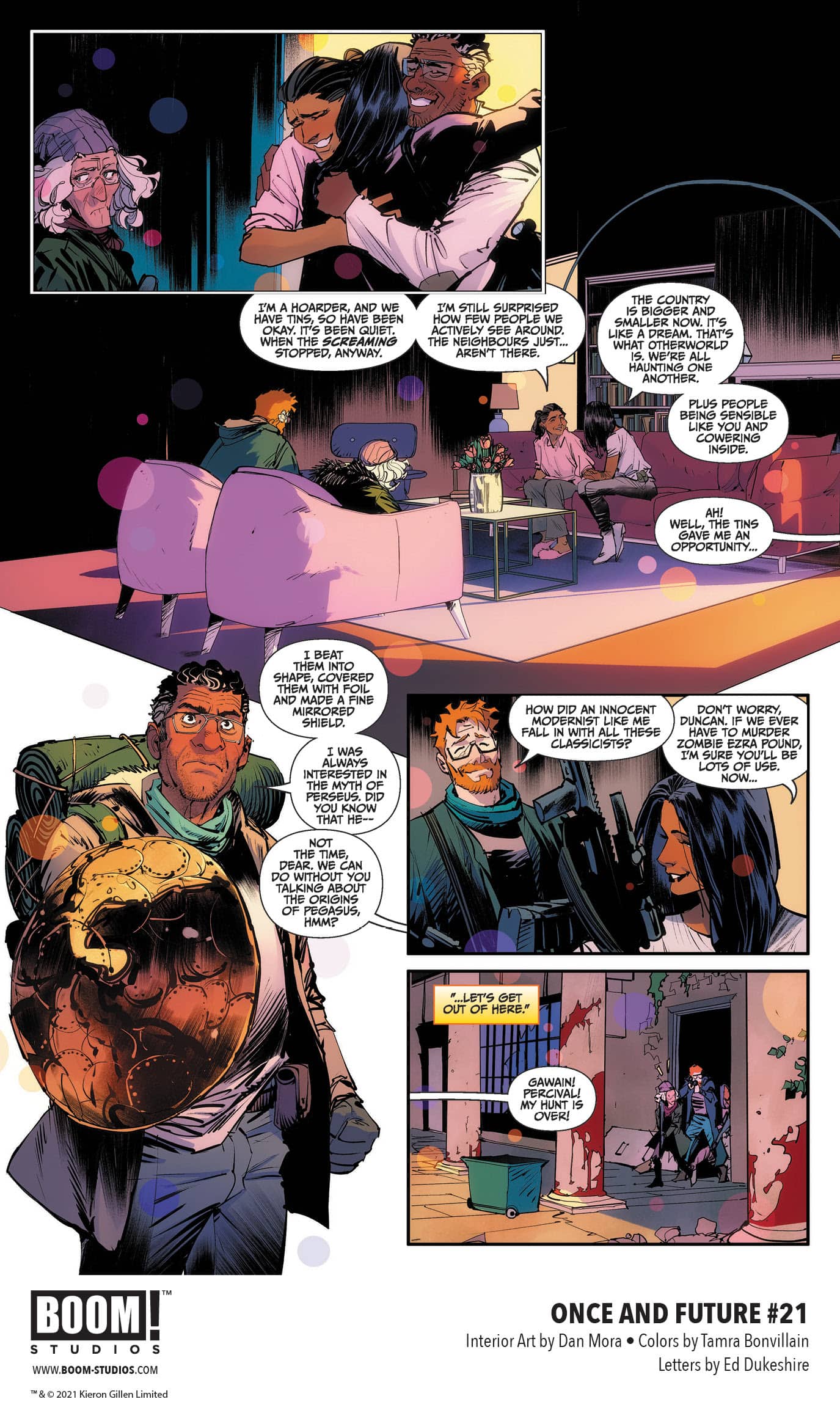 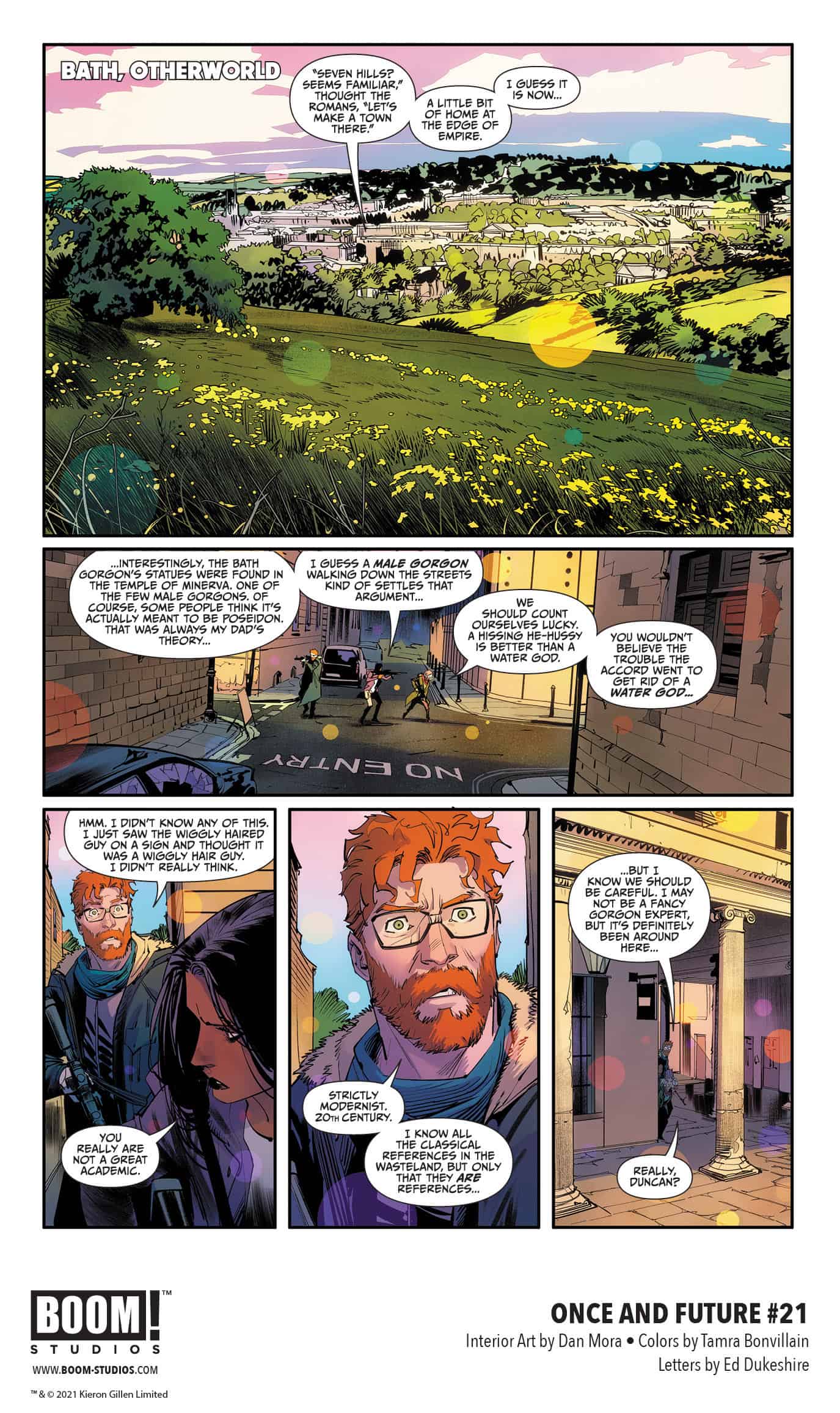 Print copies of ONCE & FUTURE #21 will be available for sale on October 27, 2021 exclusively at local comic book shops (use comicshoplocator.com to find the one nearest you) or at the BOOM! Studios webstore. Digital copies can be purchased from content providers, including comiXology, iBooks, Google Play, and Kindle