NEWS WATCH: NETER A NEW SPACE AGE IN THE GUARDIANS OF THE GALAXY #13 TRAILER!

MARVEL’S NEW SPACE AGE IS HERE! Prepare for the ride of your life as writer Al Ewing and artist Juan Frigeri kick off a new era of Guardians of the Galaxy in GUARDIANS OF THE GALAXY #13. The milestone 175th legacy issue will introduce a new status quo for the band of cosmic heroes which finds the Guardians deputized by the Galactic Council.

Check out the trailer below:

Facing down their greatest threats and embarking on their boldest missions, the Guardians need to expand their roster like never before. The new team will have Guardians mainstays like Star-Lord, Gamora, Rocket, and Groot as well as surprising recruits such as Wiccan, Hulkling, the original Quasar, and DOCTOR DOOM! See the full team lineup for yourself and the first glimpse at their action-packed new adventures in the Guardians of the Galaxy #13 trailer, featuring never-before-seen artwork!

“It’s a way to change things up a little, to raise the stakes and the tension, and partly it’s a way to play off S.W.O.R.D. – the Space Avengers to counter the Space X-Men,” Ewing explained in a recent interview with CBR. “But mostly, it was where the story wanted to go. Originally, this was all heading to a darker place, but – possibly because the world’s endured enough darkness recently – once I was in the thick of it, I ended up tacking towards something brighter and more positive, and that led to the idea of the Guardians as a superhero team in a more official capacity.” 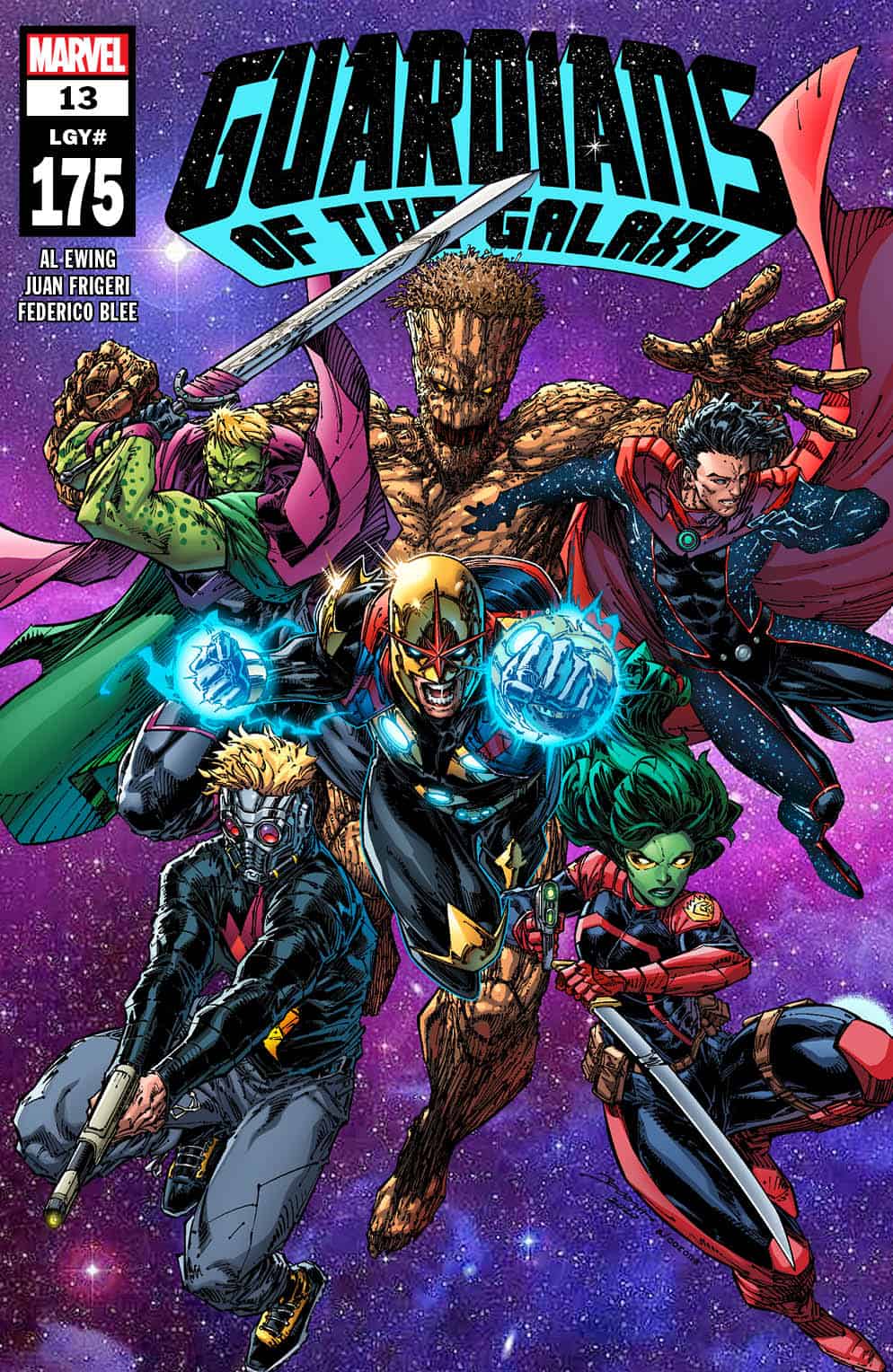 For Earth, there are the Avengers. For everywhere else, there are the Guardians of the Galaxy. Blast off with the Galaxy’s Mightiest Heroes when GUARDIANS OF THE GALAXY #13 hits stands on April

NEWS WATCH: ENTER A NEW SPACE AGE IN THE GUARDIANS OF THE GALAXY #13 TRAILER!