THE LONESOME HUNTERS #3, the penultimate chapter in Tyler Cook’s latest series from Dark Horse comics, arrives this August, and Comic Watch has the exclusive reveal of the issue’s cover.

The series written, drawn, and lettered by Russ Manning award-winning and twice Eisner-nominated Harrow County co-creator Tyler Crook, is a supernatural coming of age fantasy adventure about loss, power, and destiny following an old and out-of-practice monster hunter in hiding who crosses paths with a young girl that forces him to confront these chaotic creatures.

As the beasts invade their tenement, they set off on a supernatural road trip to stop these ancient evils in a story exploring how youth informs adulthood and how early traumas can haunt us in old age.

In a press release in March, Cook said about the project:

“I started thinking about The Lonesome Hunters almost 10 years ago. It’s the sort of idea that I just kept coming back to, again and again. Because it’s the kind of story, I want to read. One that deals with generational trauma and the various ways people cope with the pain and confusion of being human—but ya’ know, with a cool magical sword and weird monsters and stuff.”

Issue #3 finds Howard and Lupe returning home for answers only to confront the monster magpies that made them flee, and find themselves on a dangerous path to confront an ancient creature.

Check out the cover of Issue #3 by Tyler Cook: 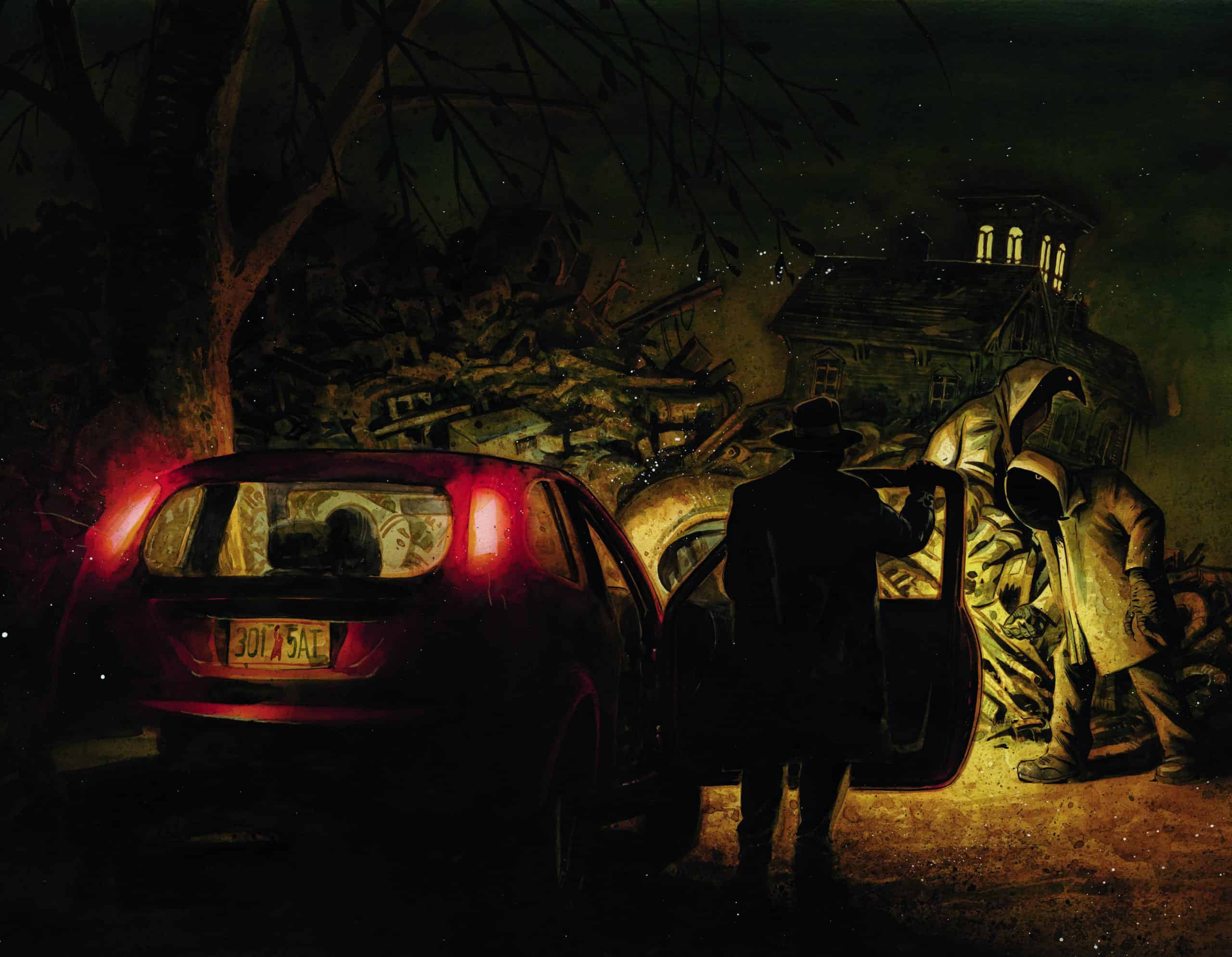 THE LONESOME HUNTERS #3 lands on shelves on August 24, 2022, from DARK HORSE COMICS.