After days of running from the war front, Richard, a colonel who deserted the war due to his conscience, finds himself in a new town, Bludville, and is immediately enthralled as a servant to a vampiric cat, Fang. The evil, sarcastic Fang forces Richard to find him humans to feed on. Poor Richard can’t get away from villains asking him to do horrible things!

Fangs and Foul Play is a 4.5 issue (4 full issues + zero issue) series by L. K. Ingino (Writer), Alex Guenther (Artist), Mariam Yasser & Ilaria Fella (Colors), Joel Rodriguez (Letters), and Chuck Pineau (Editor), out now on Kickstarter. For anyone who loves cats, Sabrina, and The Addams Family, and with special perks including prints, variant covers and even your own inclusion in an special print! Take a peek at the comic bellow and head out to Kickstarter to support it! 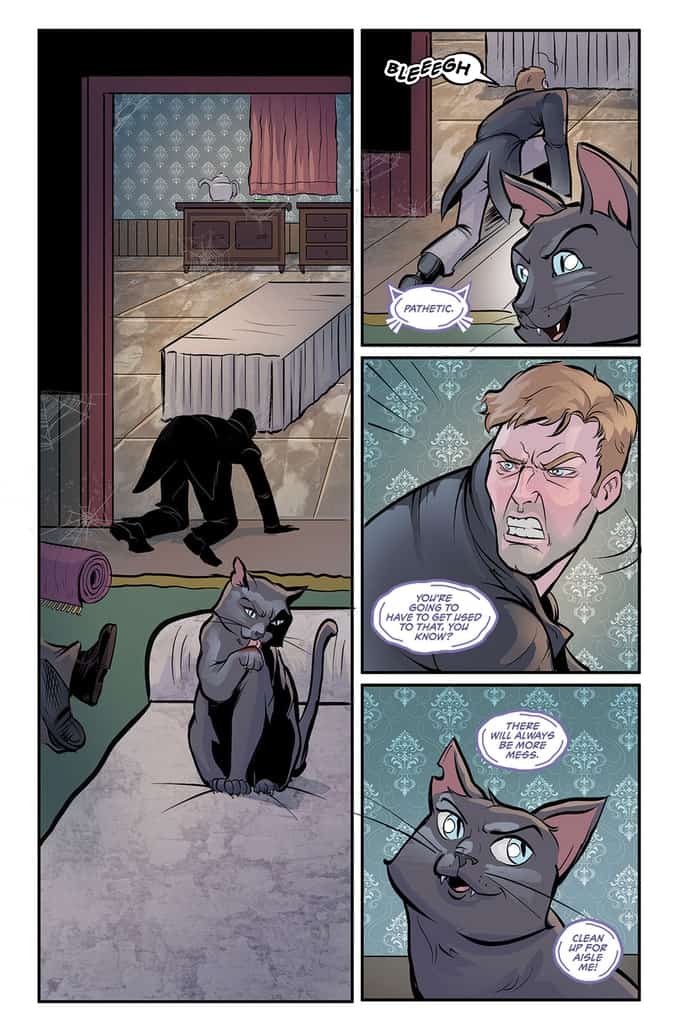 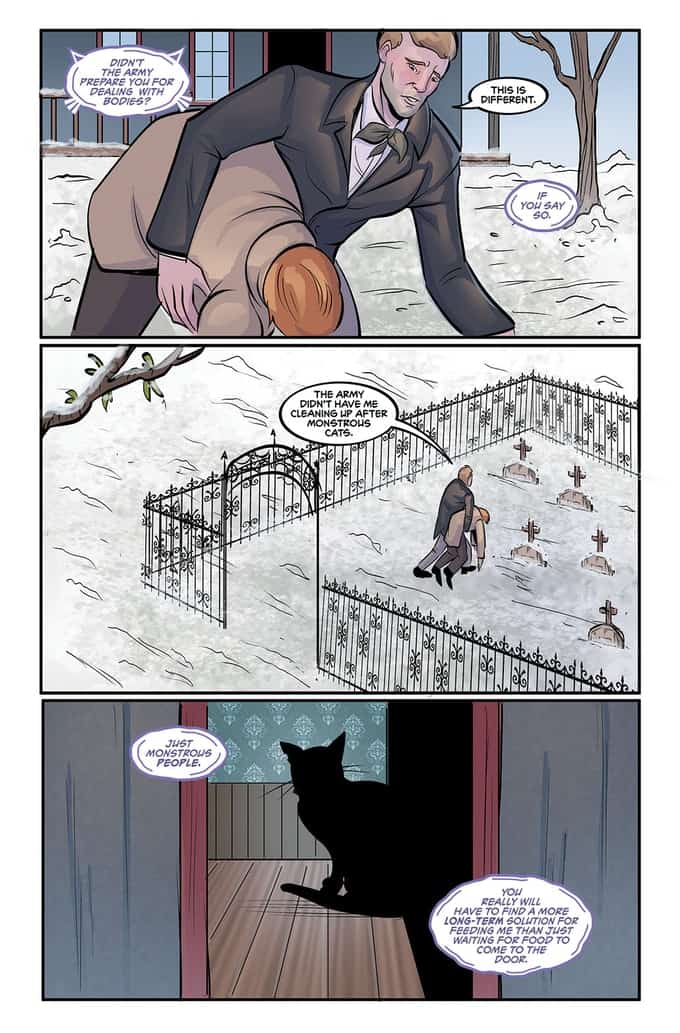 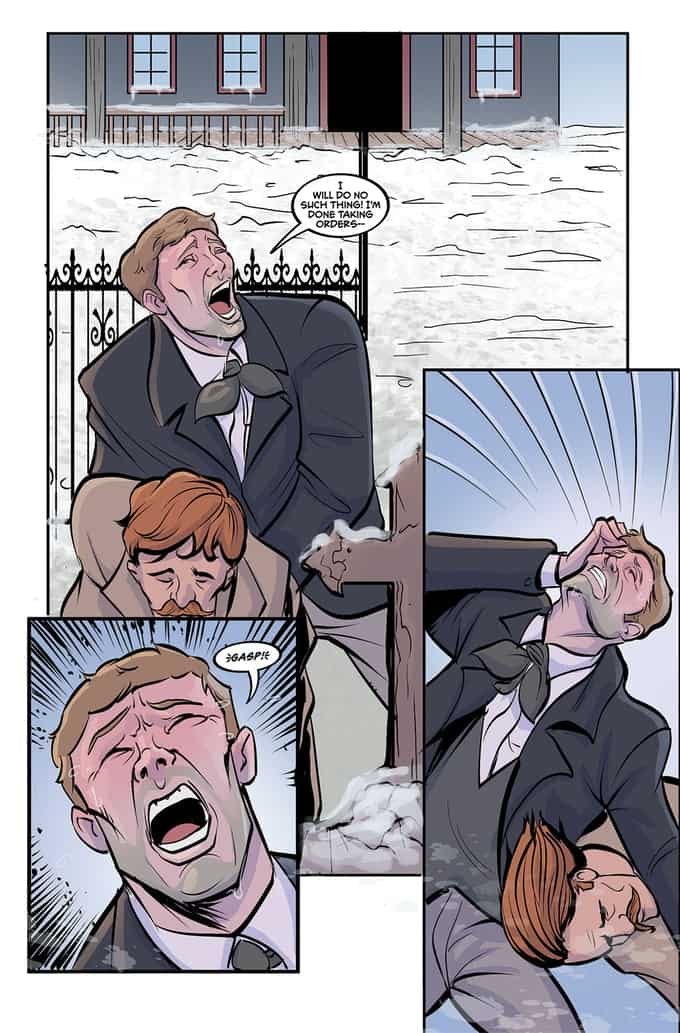 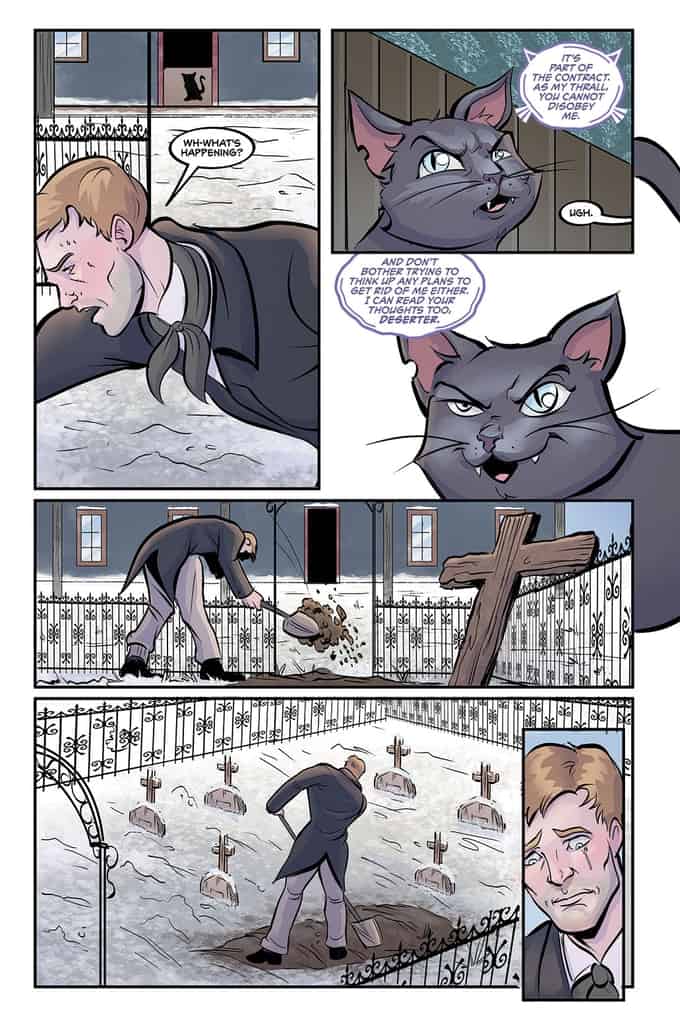