Drag queen Fanny Galactic found herself mysteriously plunged into a dystopian future after her wind machine exploded on stage. Waking up 100 years from the present day, she’s in a world ruled by a deranged drag queen dictator known as ‘The One.’  Now, as part of a plan to assassinate The One and, in doing so, discovered a possible way back home. Things got complicated (and a bit awkward) when she found out The One was an old friend of hers from the past…

In Crime & D’Sorder, we go back to that fateful night of the pub explosion. We explore what happened in its aftermath to determine precisely how and why the world got taken over by a crazed drag queen!

Crime & D’Sorder is an action-packed thriller with tons of humor and heart, but it also explores themes of how growing up with homophobia all-around can still affect people years later in life.

Violet Crime is the lead character – a  punk drag queen who has now retired. Sybil D’Sorder is her posh drag queen friend who isn’t too happy about this – ‘Once a drag queen, always a drag queen’ is her mantra. It’s not the only thing they disagree on. After the pub explosion, Sybil is convinced it was a homophobic attack. Violet isn’t so sure and thinks it was just an accident. After the brutal murder of a local ex-MP with a bigoted past, Violet begins to suspect her increasingly erratic friend might somehow be involved. The truth is far more disturbing, and when Violet finds out will she be able to stay out of the ensuing madness? 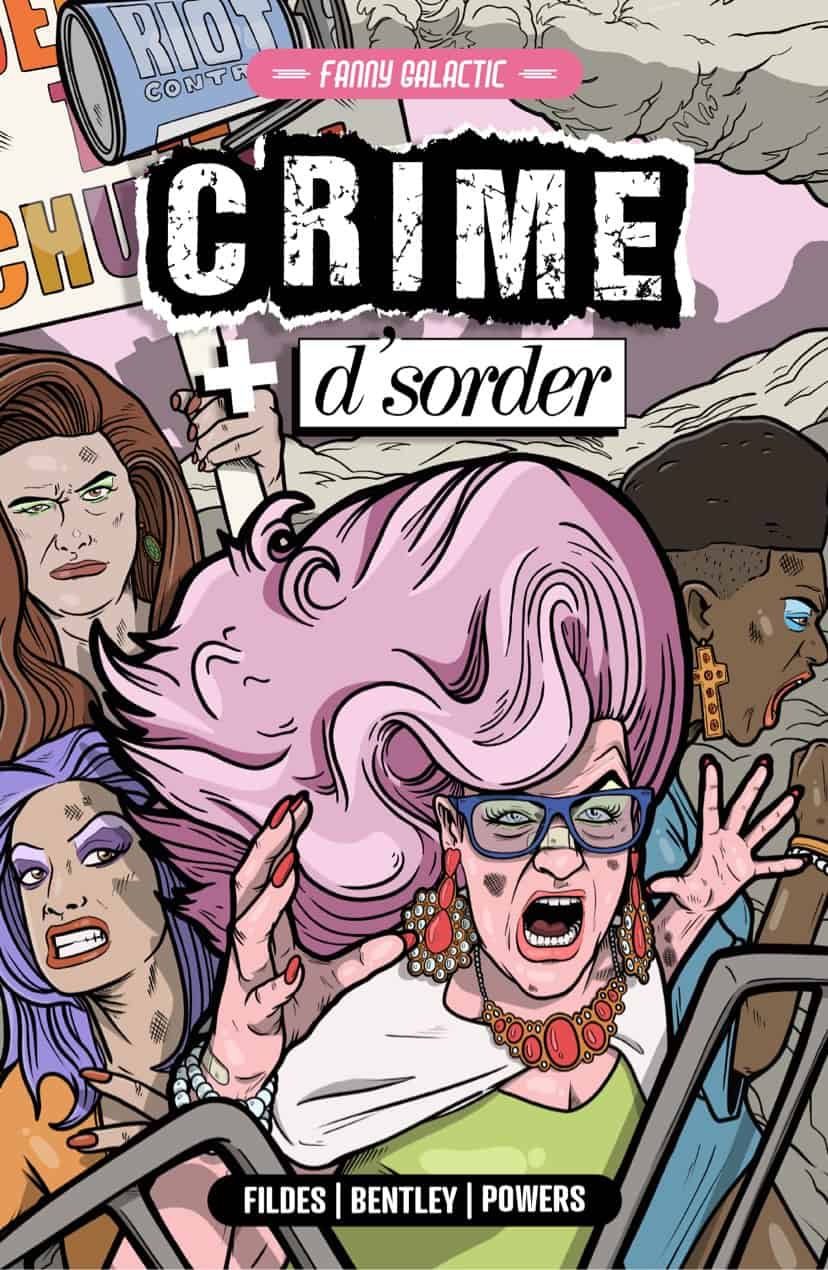 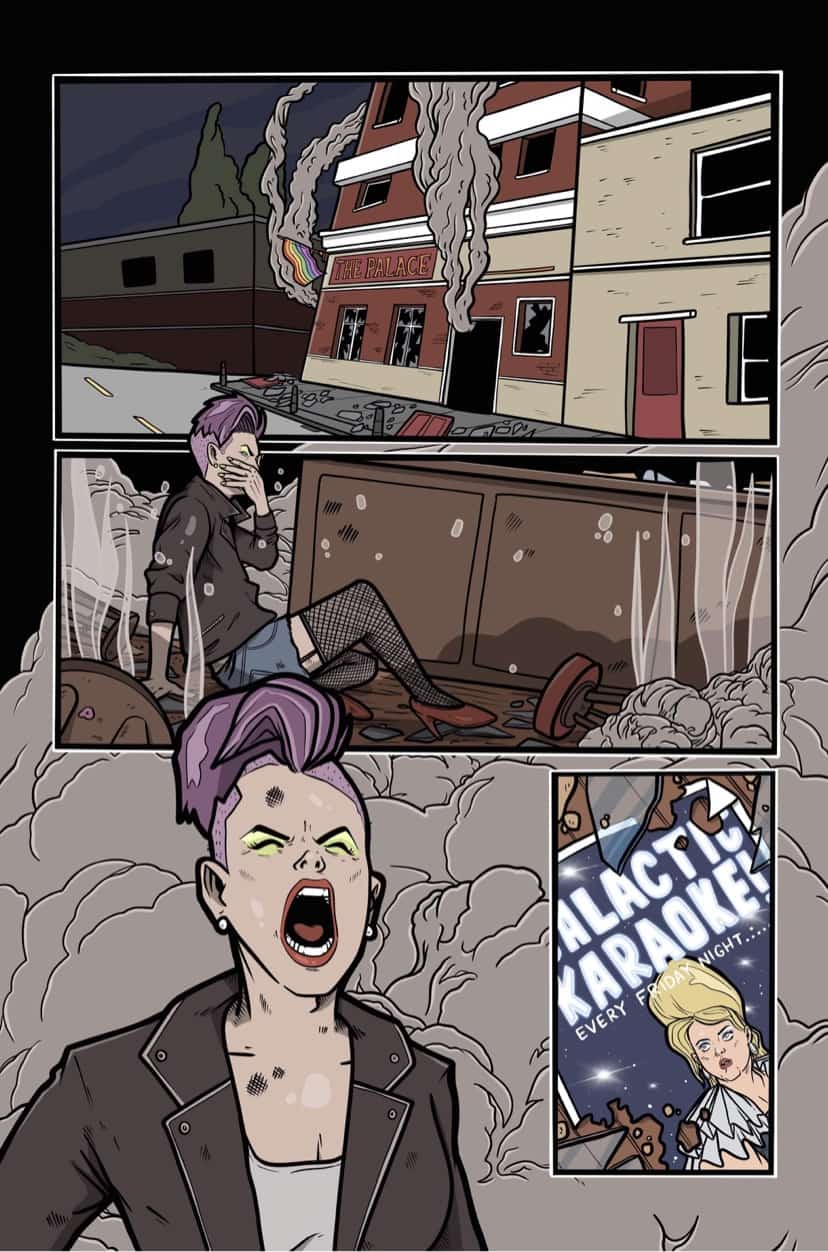 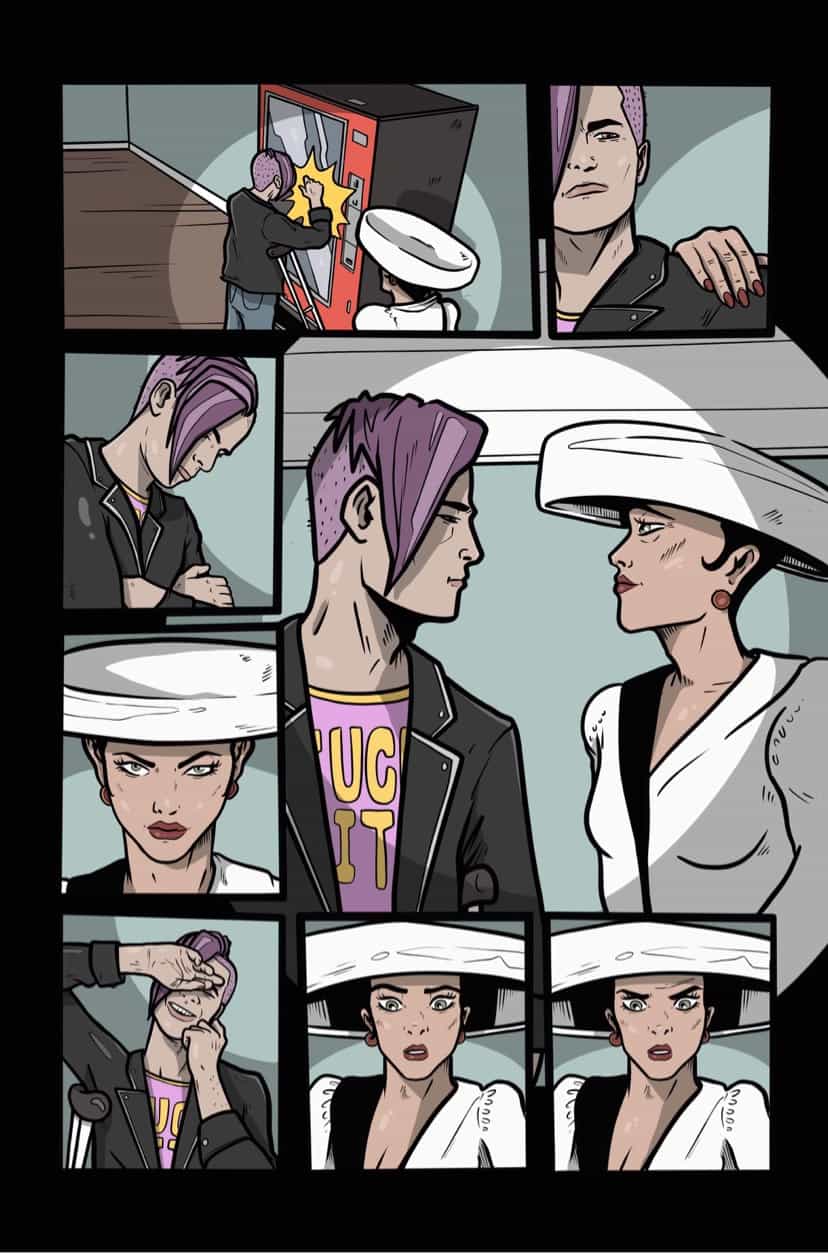 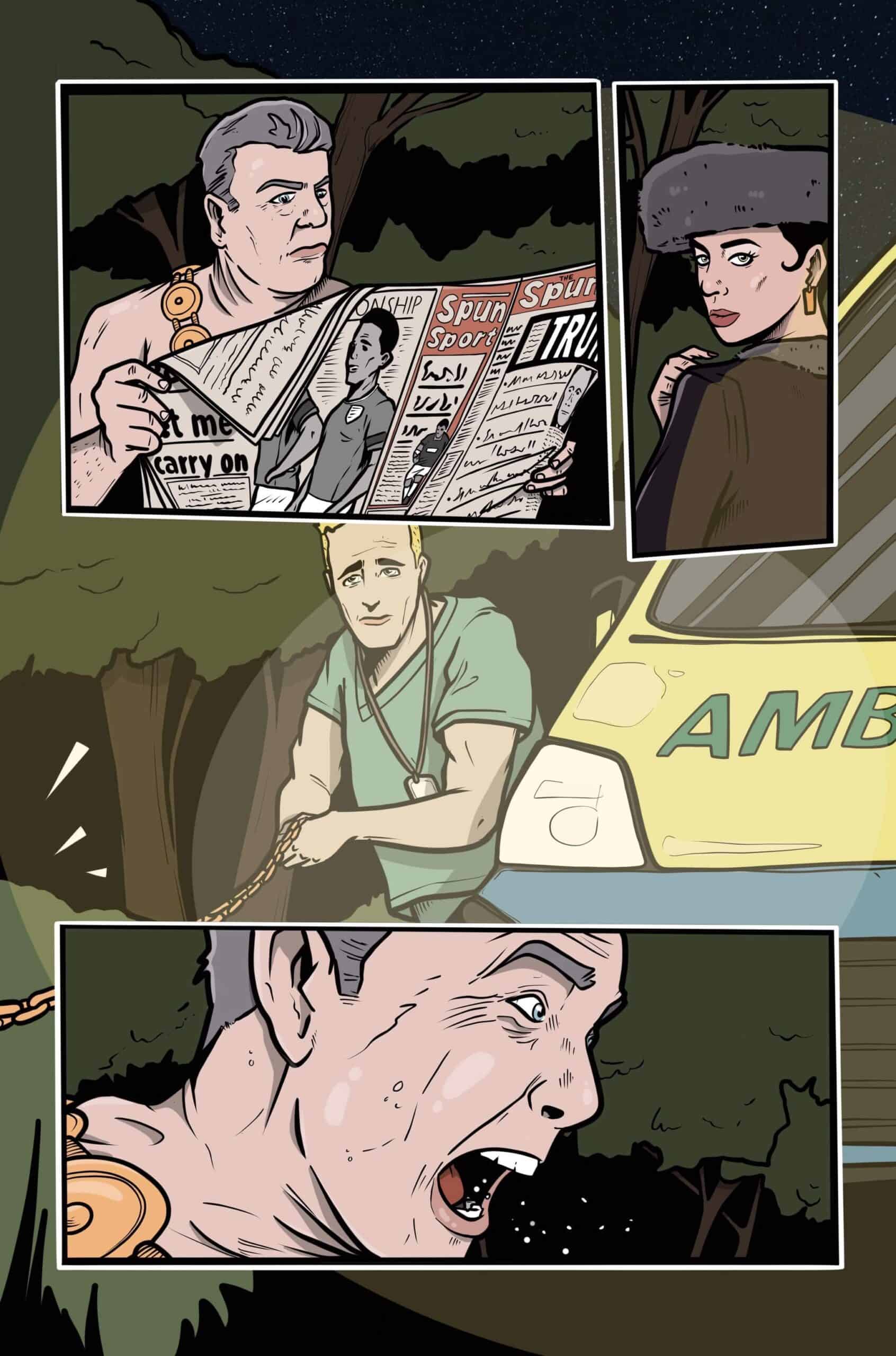 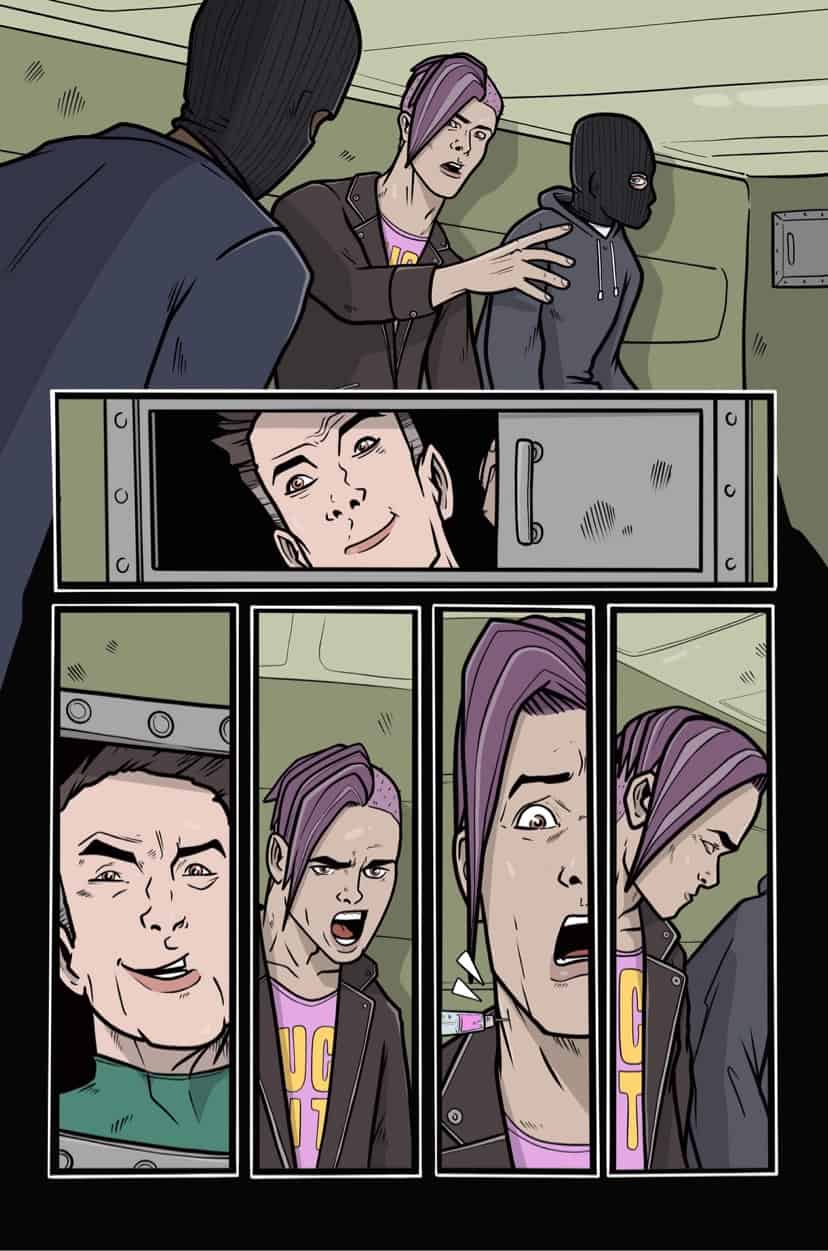 “Violent queer revolution with a Future Shocks twist rooted in the traumatic repression of the queer community through the ’80s and how far we still have to come. What more could you ask for?” JOE CORALLO, GLAAD nominated editor and Ringo Winning Editor (Becstar, She Said Destroy, Mine! Anthology, Kim & Kim)

CHRIS FILDES (Writer) Chris was born in the UK but moved to Ireland in the 1990s. This is his second comic book after Tuck To The Future was a huge success on Kickstarter last year. Chris was involved in the annual Alternative Miss Ireland fundraising contest for many years, where he discovered his love of drag culture. ‘I’m so excited to return to the world of Fanny Galactic. I love writing these characters, and this story allows me to delve much more into the mind and machinations of the villains whilst bringing some of the supporting characters from the first book to the fore.’

EDWARD BENTLEY (Artist)  Edward stems from Sussex and has been creating and drawing comics for the last ten years. His published works include Darkboy & Adler, Vessels, Morrigan, Cadavers, Hexes, Last Exit to Brighton & Madhouse. ‘As a huge fan of drag culture, it’s like the perfect job to get to work on a series of books like Fanny Galactic. Now set those books in the future with flying cars, robot drag queens, and hunky men… life could be a lot worse.’

NIKKI POWERS (Lettering) Nikki has lettered numerous independent comics and written some. You can find her lettering for various independent publishers, including Scout Comics, and in anthologies such as Colossal Chaos, Speculative Relationships, and Cthulhu is Hard to Spell. ‘Lettering this book has been a rewarding experience, both in craftsmanship and thematic material. As a member of the LGBTQIA+ community, I really appreciate the representation and characters presented in this book. The plot is super fun, too! And wow…it looks gorgeous. All said I feel lucky to be able to bring the text to life.’

Art print guest artist TERRY BLAS is an illustrator and writer based in Portland, Oregon. He is the writer behind the auto-bio comics Ghetto Swirl and You Say, Latino. Terry’s work has appeared in comics Bravest Warriors, Regular Show, The Amazing World of Gumball, Adventure Time, and Rick and Morty. His graphic novels include Dead Weight: Murder at Camp Bloom (a murder mystery set at a weight loss camp) and Hotel Dare (a love letter to his childhood memories in Mexico). He is also the author of a Reptil – a new Marvel comic book about a Mexican-American teen who can turn into dinosaurs.