NEWS WATCH: Find Out What HUMANOIDS Has In Store For SDCC 2019!!

Humanoids, the publisher of some of the world’s most iconic and groundbreaking science fiction and fantasy graphic novels, is announcing their San Diego Comic-Con International 2019 exclusives and details for their SDCC panel, in advance of the convention. 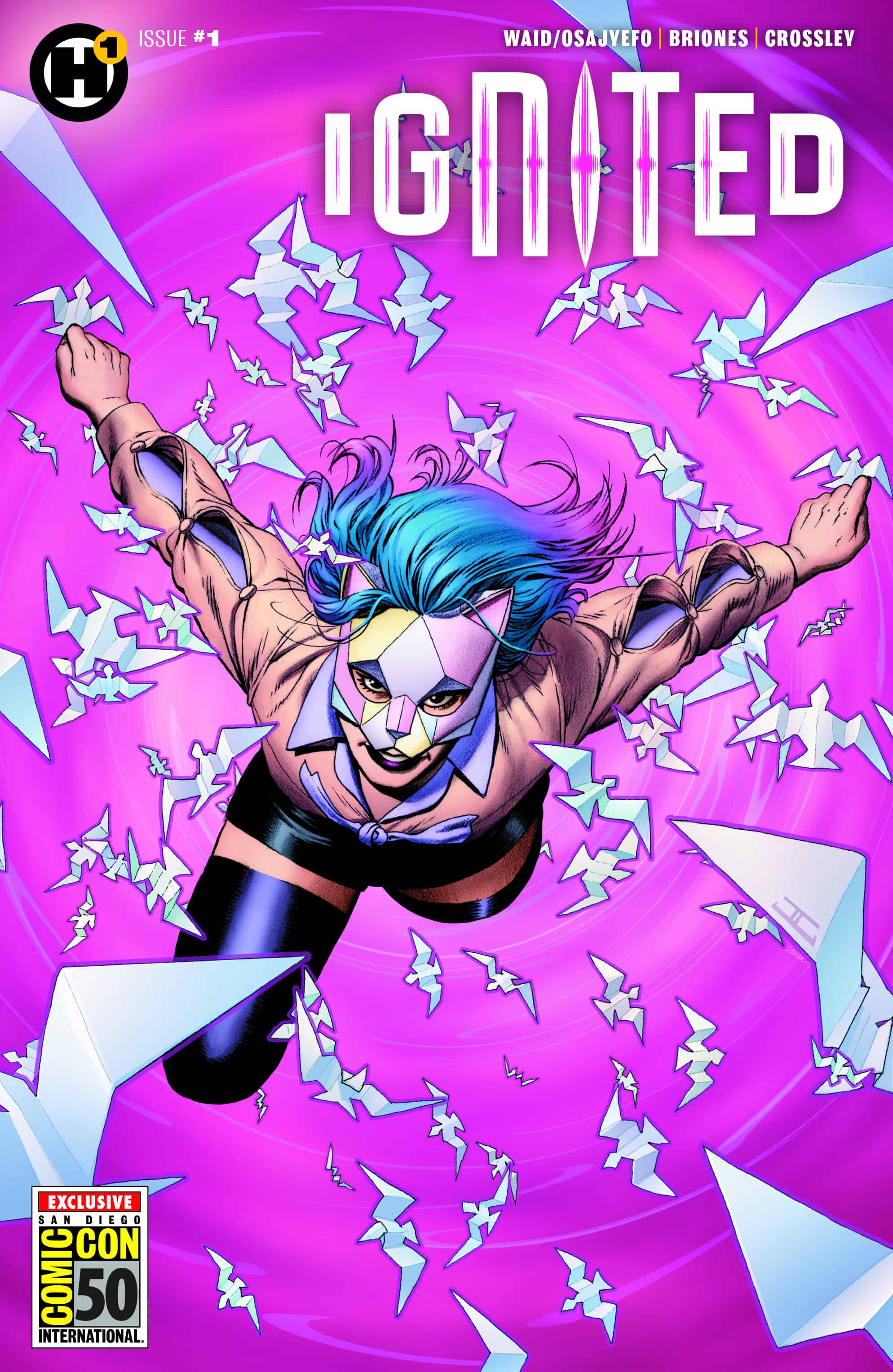 Welcome to the H1 Universe and Ignited, Humanoids’ first ever ongoing super-powered series-brought to you by an explosive team: writers Mark Waid (Kingdom Come) and Kwanza Osajyefo (Black AF), and artist Phil Briones (Aquaman), with covers by John Cassaday and Yanick Paquette. It’s the first day back at Phoenix Academy High, but this year there’s no back-to-school excitement in the air as returning students and faculty are haunted by memories of last year’s horrific attack. So many friends and colleagues were lost, and some of those who survived underwent changes; they Ignited, gaining supernatural abilities they barely understand. Little do they know this is just the beginning.

Giving away a Limited Edition Ignited print by John Cassaday during the John Cassaday/Mark Waid signing at the Humanoids Booth (#2021) at 7 pm on Preview Night, Wednesday, July 17th. Humanoids will also be giving the print to all the attendees of the H1 panel at 5:30 pm in Room 8 on Saturday, July 20th, while supplies last

“I’ve been coming to SDCC since I broke into the industry there in 1996. It’s one of my favorite times of the year and I’m especially excited to be returning in my role with Humanoids and the H1 line.” said John Cassaday, who was named Humanoids’  Chief Creative Officer last October. Of the Ignited SDCC Variant Edition, Cassaday said, “Himari and her surreal powers visually lend themselves to the spotlight of a variant cover. The story of Ignited is fairly heavy and I wanted to remind the reader of the joy that these young characters are earning day by day, issue to issue.”

Joining Cassaday at signings and at the official Humanoids’ panel is Mark Waid, Humanoids’ Director of Creative Development and the co-writer of Ignited . “In recent years, I’ve been attending SDCC on my own recognizance, so to speak—a nomad floating amongst the crowd,” said Waid. “It feels good to have a place to plant my feet where we’re doing some exciting things, publishing comics like no one else is publishing. Everyone on the H1 books is at the top of their game, and I’m proud to be a part of that.”

“San Diego Comic-Con International 2019 will be the first time that fans will have the opportunity to talk with the H1 writers and artists since we launched this shared universe,” said Humanoids CEO and Publisher, Fabrice Giger. “We look forward to hearing their reactions to Ignited and Strangelands and what they are anticipating from the upcoming titles.”

NEWS WATCH: Find Out What HUMANOIDS Has In Store For SDCC 2019!!