The train keeps rolling for BATMAN/FORTNITE: ZERO POINT, and with characters like Harley Quinn, Catwoman and even Snake Eyes mysteriously popping up on The Island, it’s anyone’s guess who will show up next! 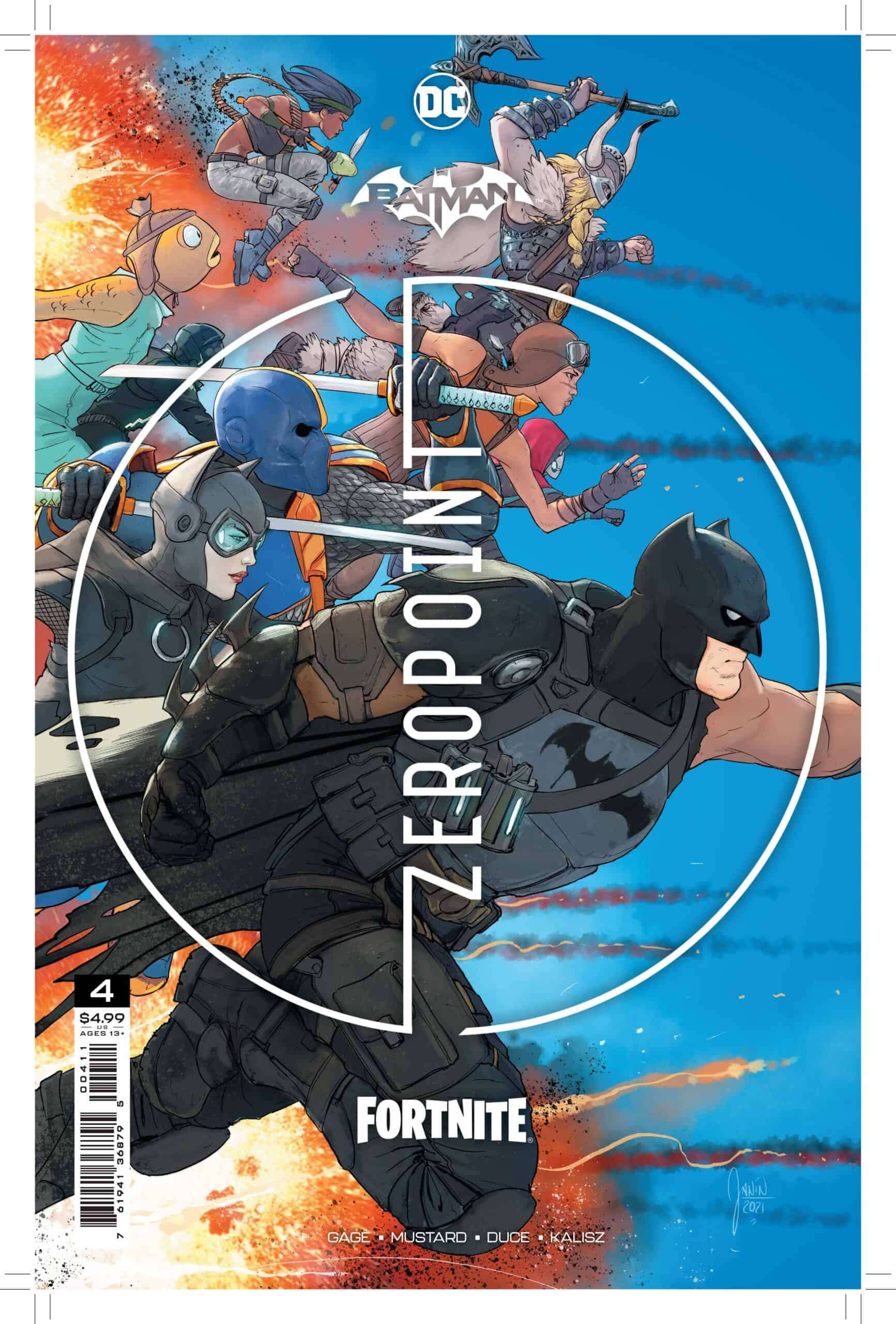 Issue #4 of this six-issue limited series is no exception, as DC’s deadliest assassin, Deathstroke makes his appearance on The Island, and here’s a first look!
Batman has broken free from the Loop and the endless cycle of combat. Now free to explore the island without limitation, the World’s Greatest Detective will discover secrets about the world of Fortnite never before revealed in the game or anywhere else. Just one thing…he’s not alone. Not only is he met by a rogue faction of Fortnite bandits who have ALSO escaped the loop–Eternal Voyager! Bandolette! Magnus! Fishstick! And a few others– there’s someone else trapped, someone who is trying to get free from the world of Fortnite …someone deadly. Will Batman recognize this familiar hunter-for-hire, and even more importantly, will he trust him? Just because Batman’s out of the Loop doesn’t mean the fighting is over!
Based on a story concept by series consultant and Chief Creative Officer of Epic Games, Donald Mustard, this six issue limited series is written by Christos Gage, featuring pencils by Christian Duce, with inks by Nelson Faro DeCastro and colors by John Kalisz. The main cover for issue #4 is by Mikel Janín, with a card stock variant cover by Dan Mora, plus a premium variant cover by Mustard (check your local comic book store for availability). 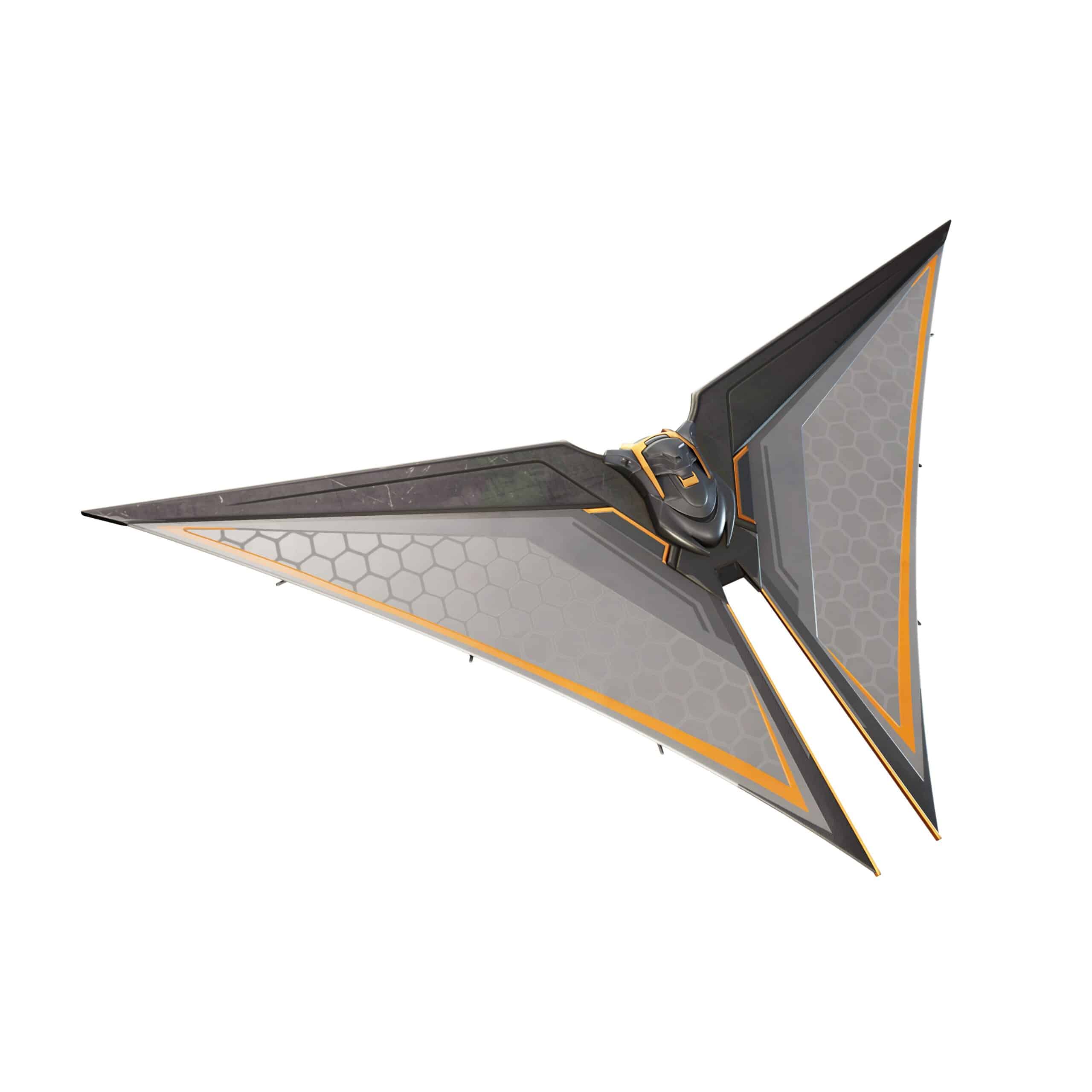 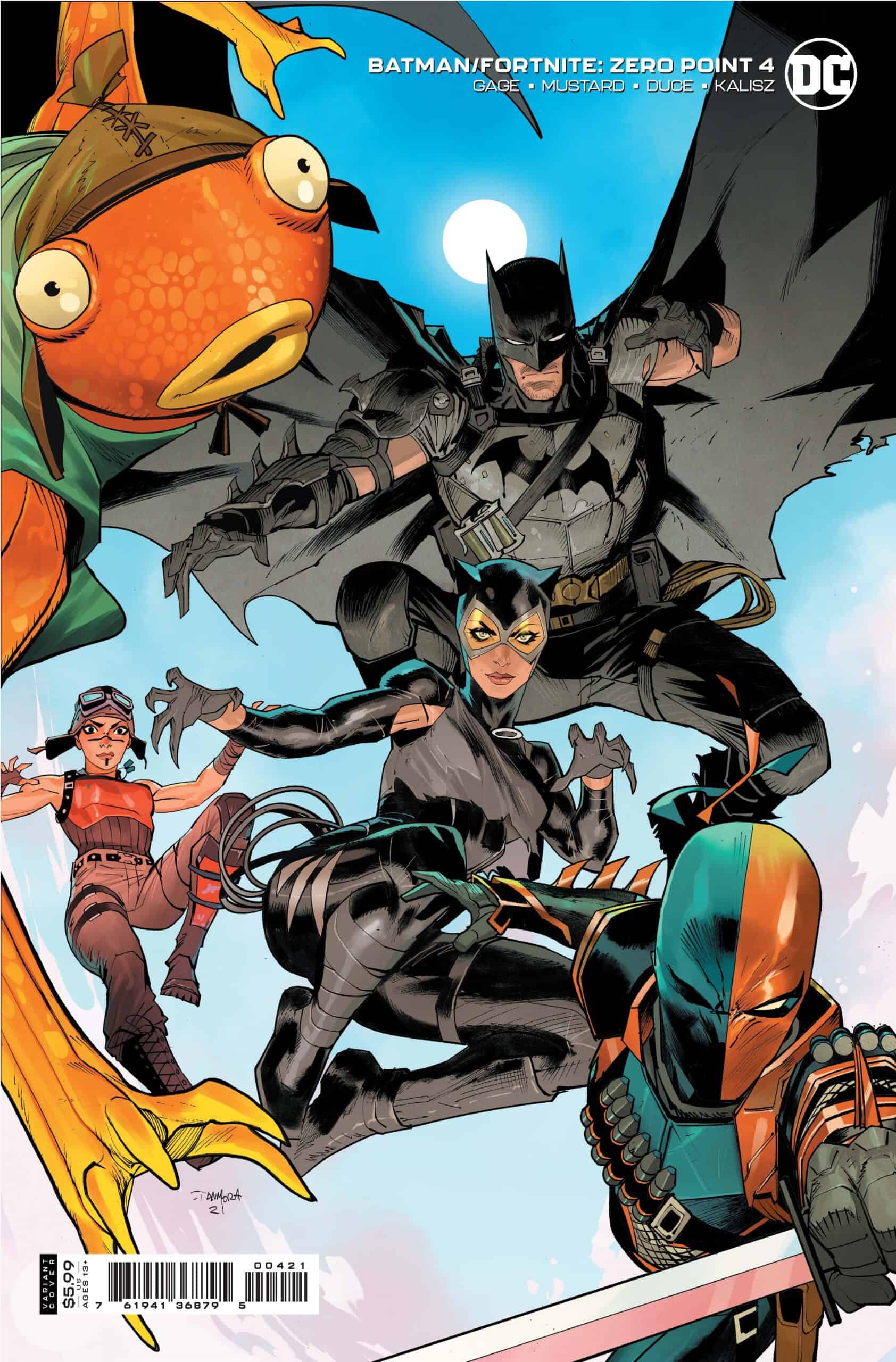 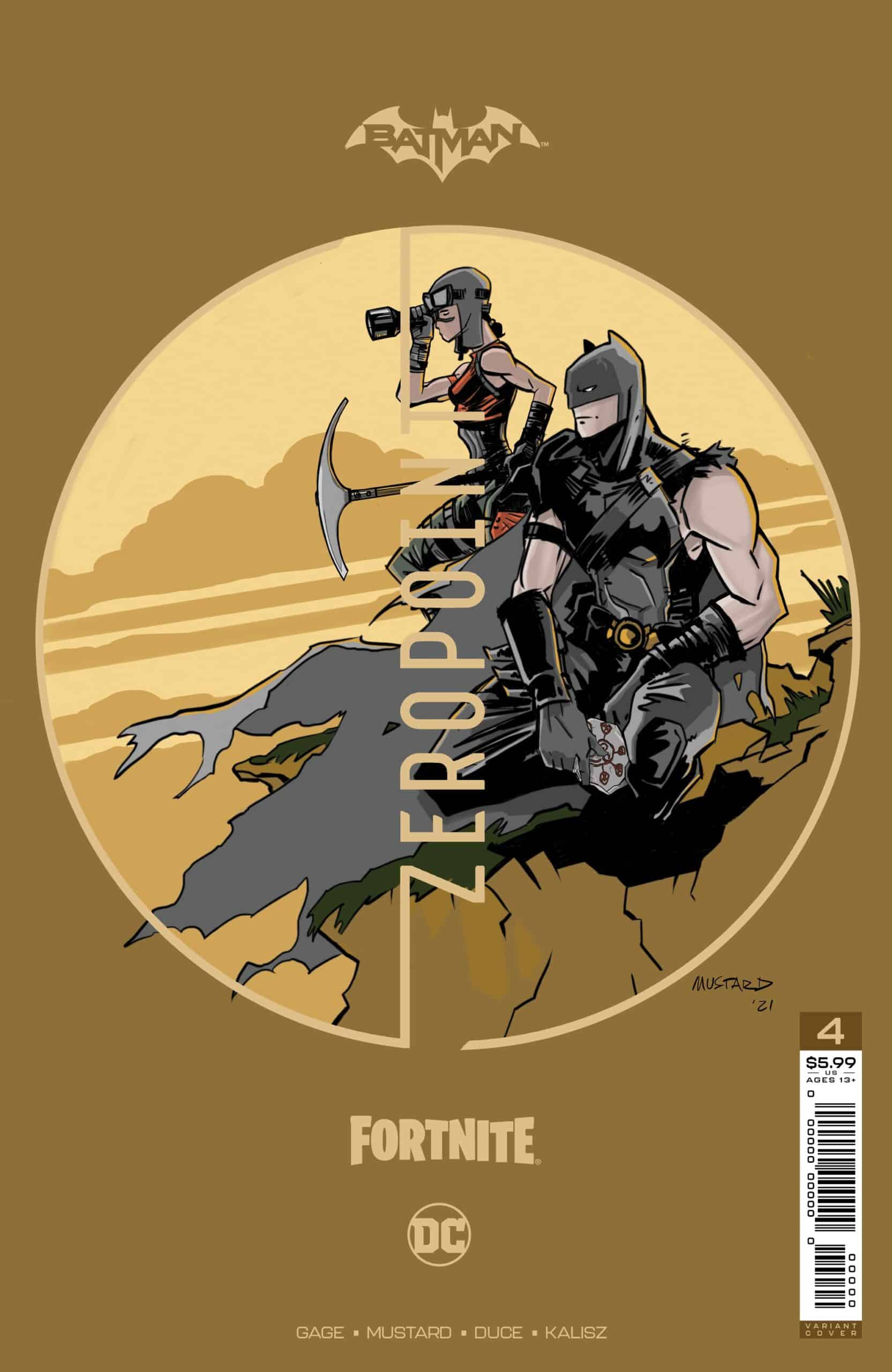 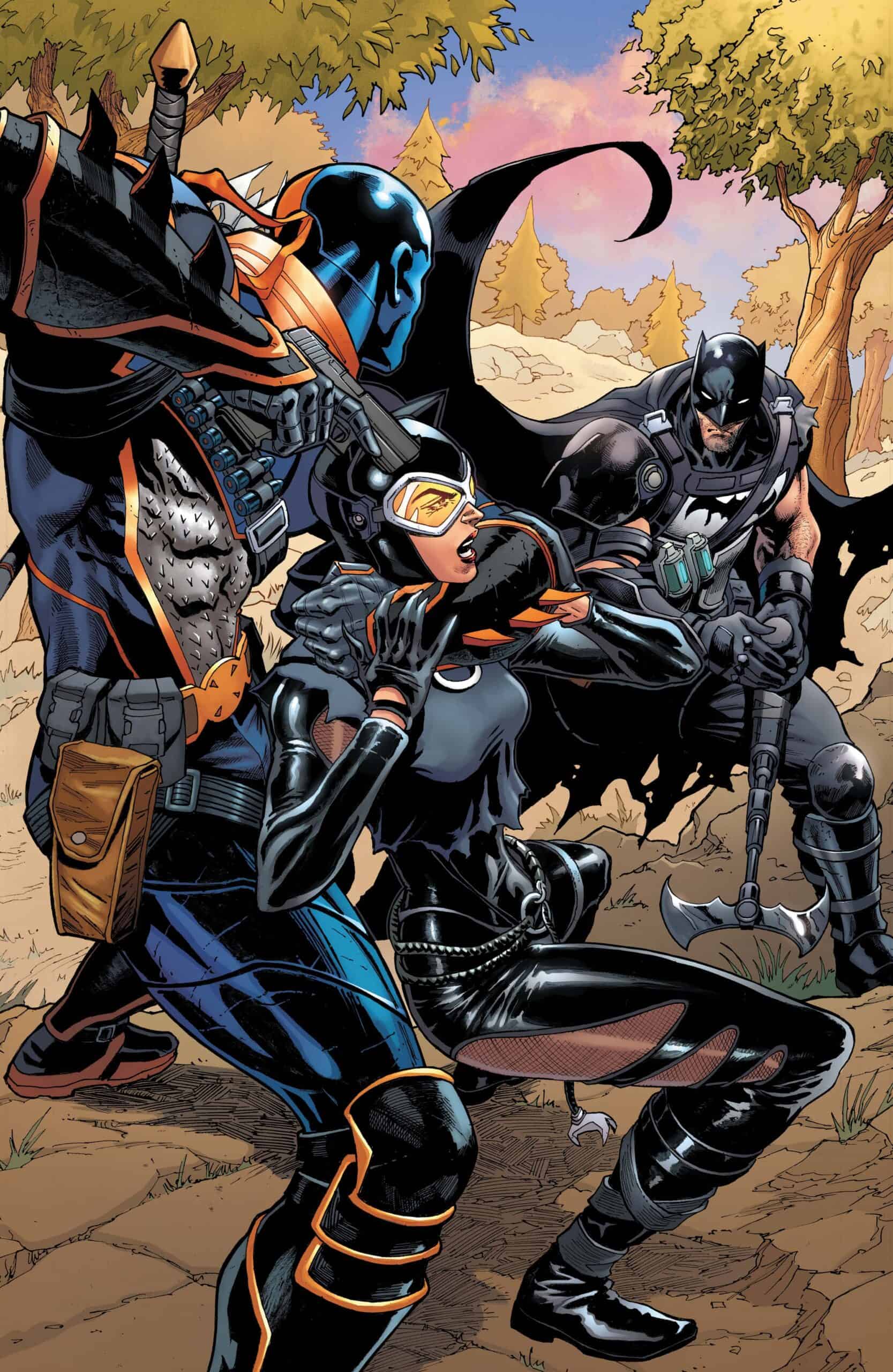 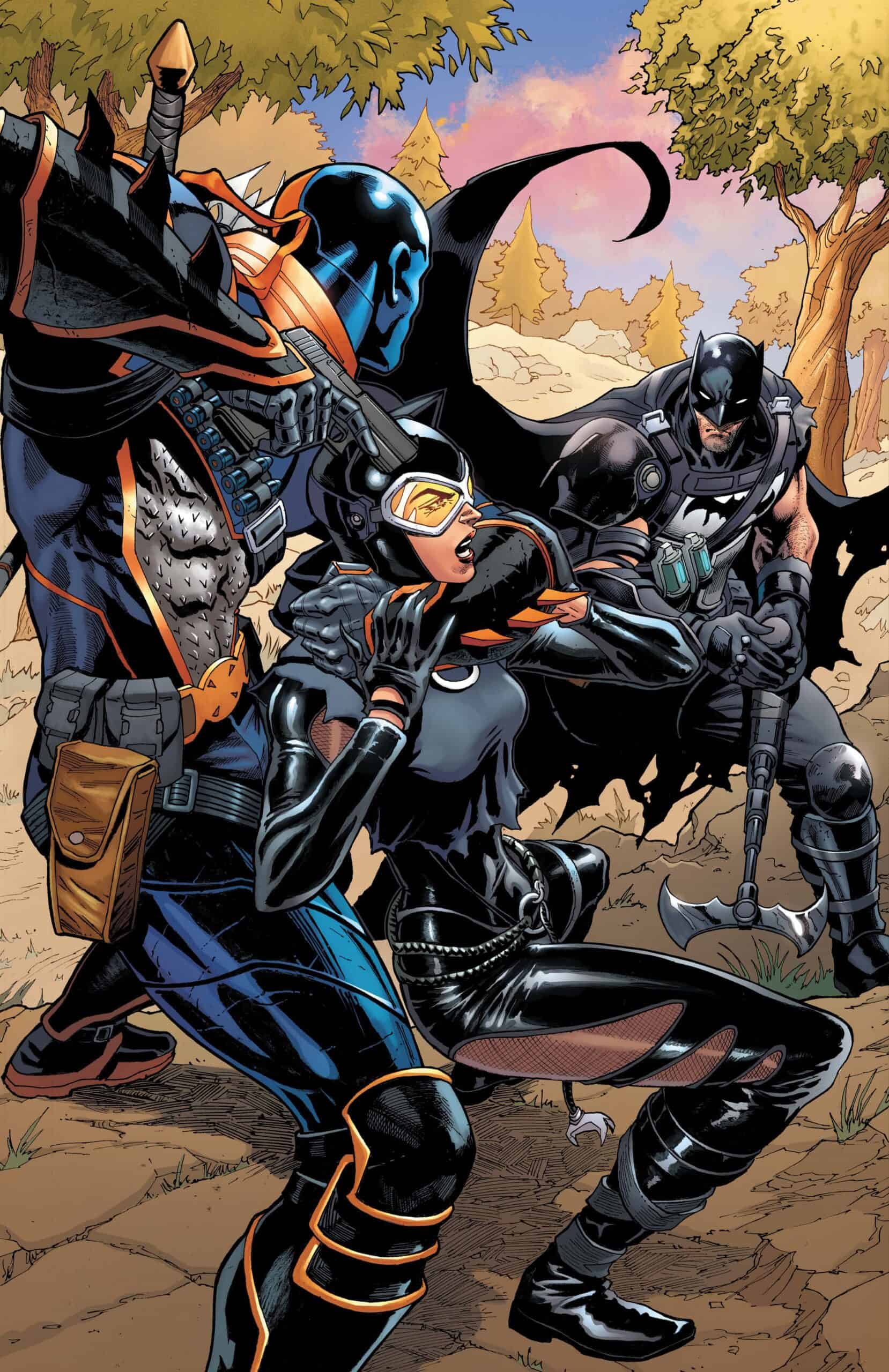 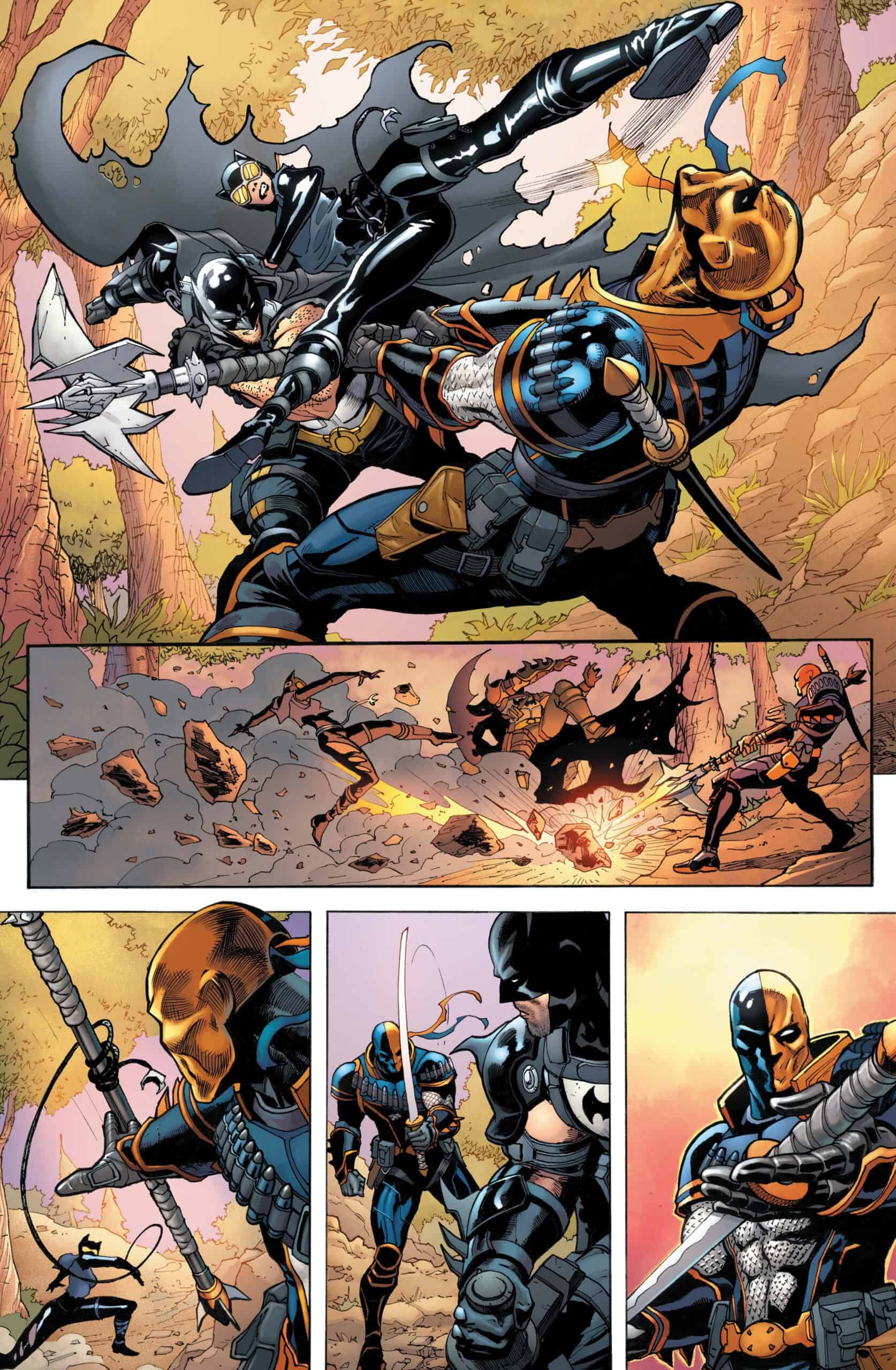 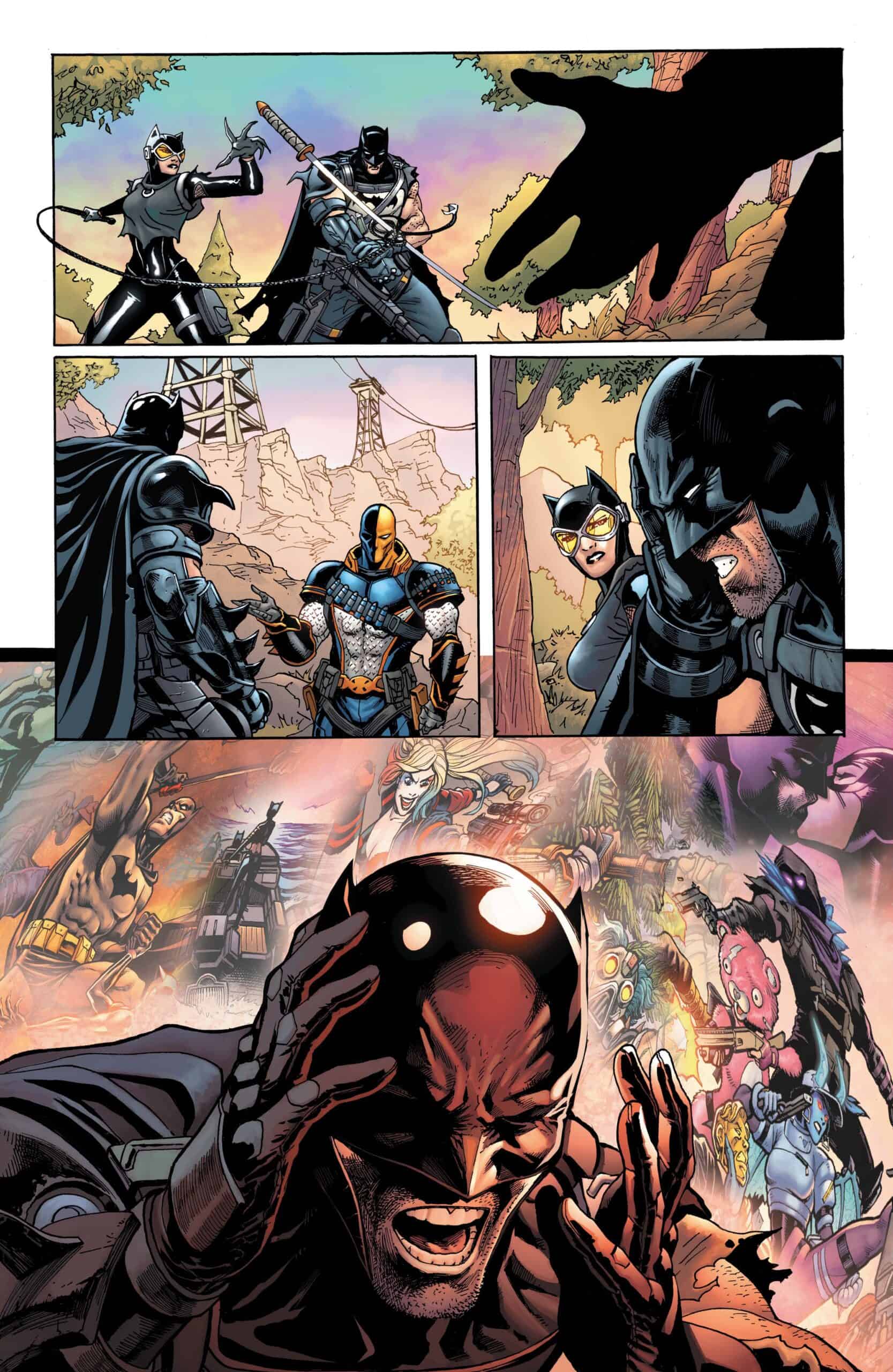 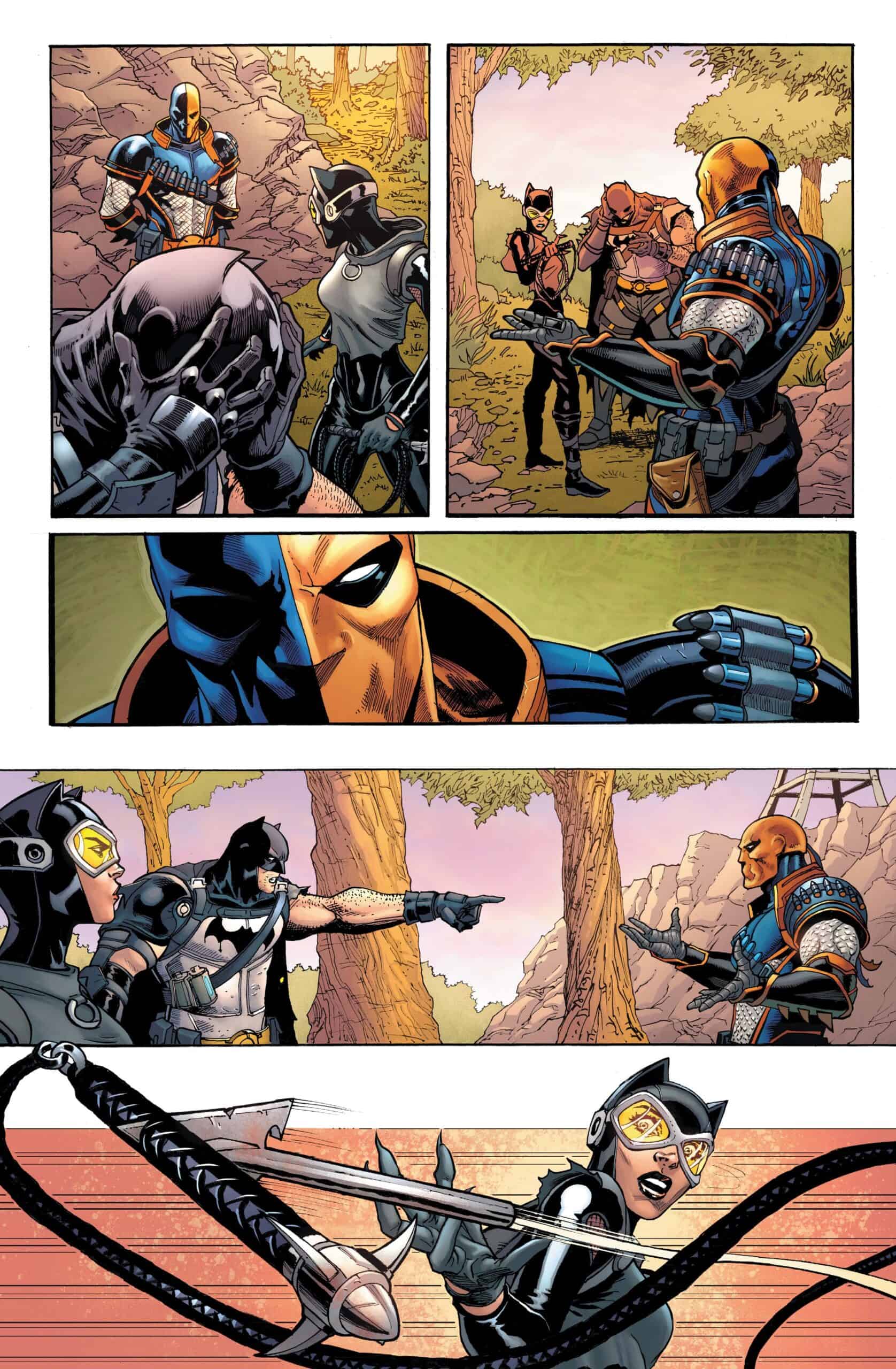 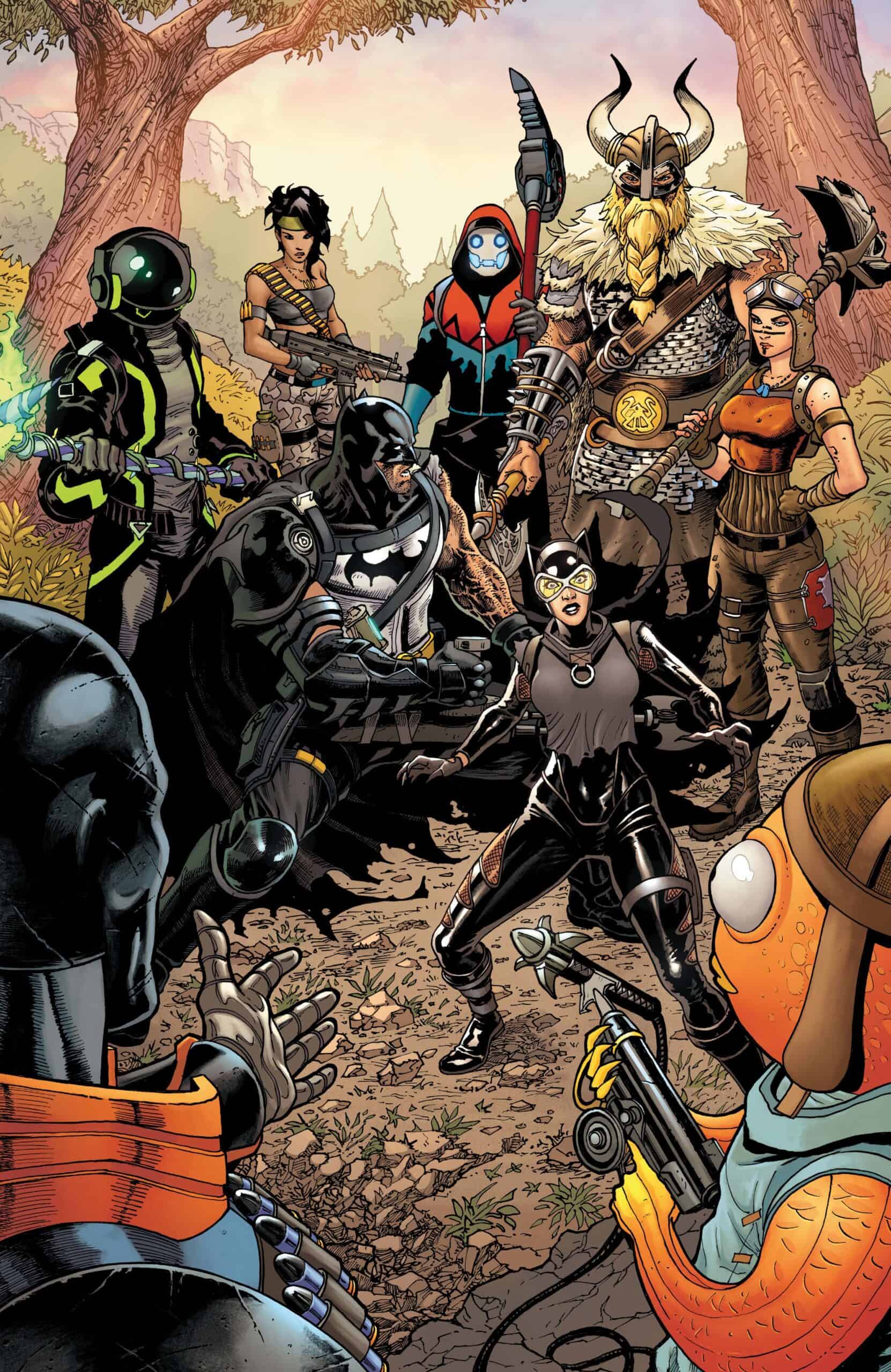 Each 32-page issue is priced at $4.99, with the card stock variant priced at $5.99. Each print issue of BATMAN/FORTNITE: ZERO POINT also includes a redeemable code for a bonus digital cosmetic in Fortnite inspired by the events in the comic; Issue #3 includes a code for the “Deathstroke Destroyer Glider” in-game item. As a bonus, fans who redeem all six codes will unlock a new Armored Batman Zero Outfit.
U.S. subscribers to the DC Universe Infinite digital service will receive the series and bonus codes included as part of their paid subscription. Bonus codes will not be available during the free trial period.
For more information on BATMAN/FORTNITE: ZERO POINT and the World’s Greatest Super Heroes, visit the website at www.dccomics.com and follow on social media at @DCComics and @thedcnation. For the latest information on Fortnite and to download the game, learn more at www.fortnite.com.