Marvel have revealed the first look at two X centric titles coming this July. CABLE #12 is the final issue of the series centering on the younger version of Nathan Summers from Gerry Duggan and artist Phil Noto. In issue #11 out earlier this week the older version  was resurrected  and together with his young counterpart gathered a team to take down Stryfe who’s been kidnapping mutant babies…They’ve found him… now they have to stop him…

Here’s a first look at Phil Noto’s unlettered art for the grand finale of what this writer thinks has been a very entertaining series form Duggan and Phil Noto.

“Phil and I have had some of the most fun of our careers bringing you the high octane adventures of a young soldier in a young romance while fighting an old war, we hope you enjoy the landing as much as we had cooking it up.”

CUTTING THE CORD!
Young Mister Summers sends his regrets – he will not be attending the Hellfire Gala this year. Or ever again. 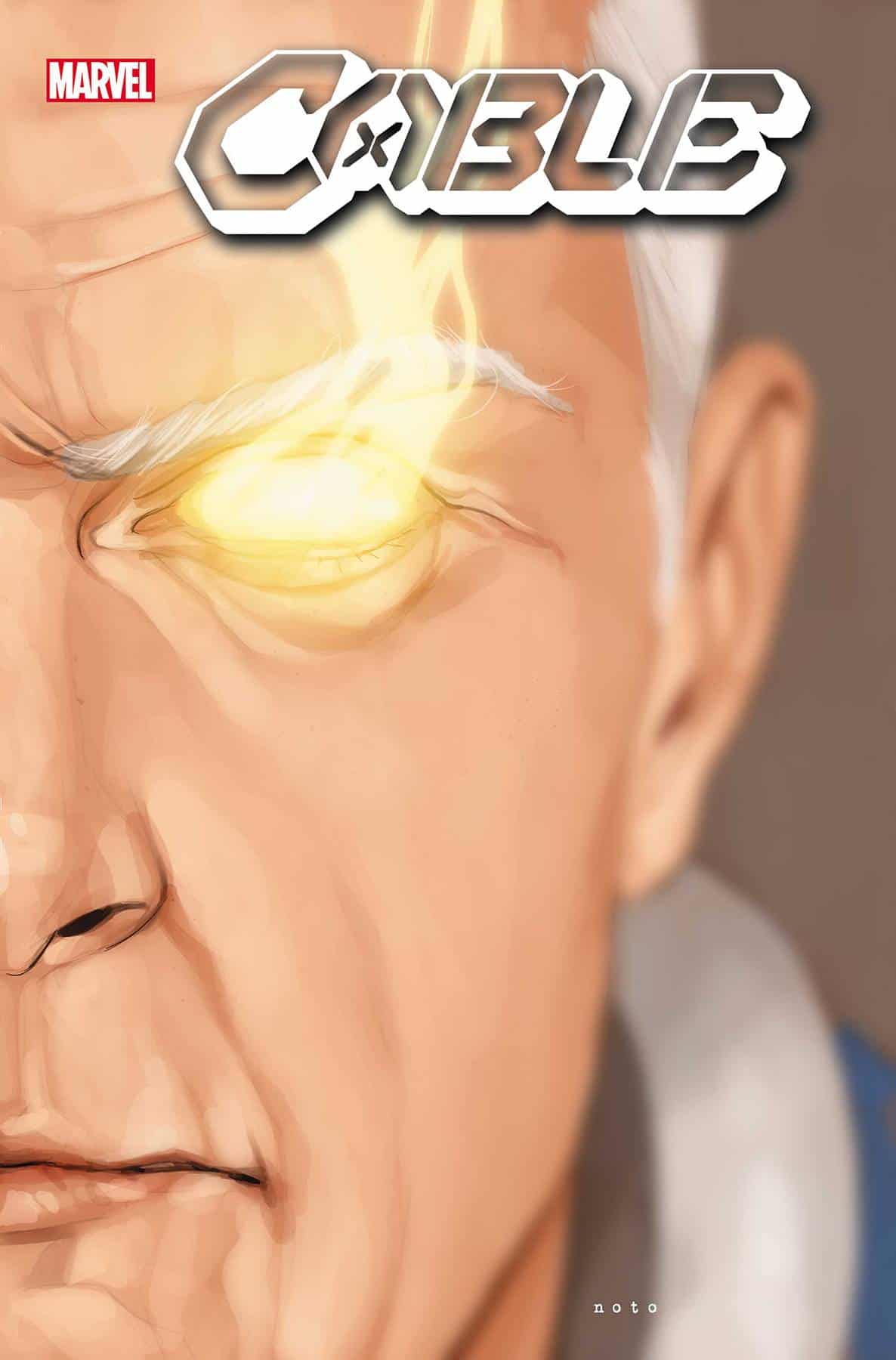 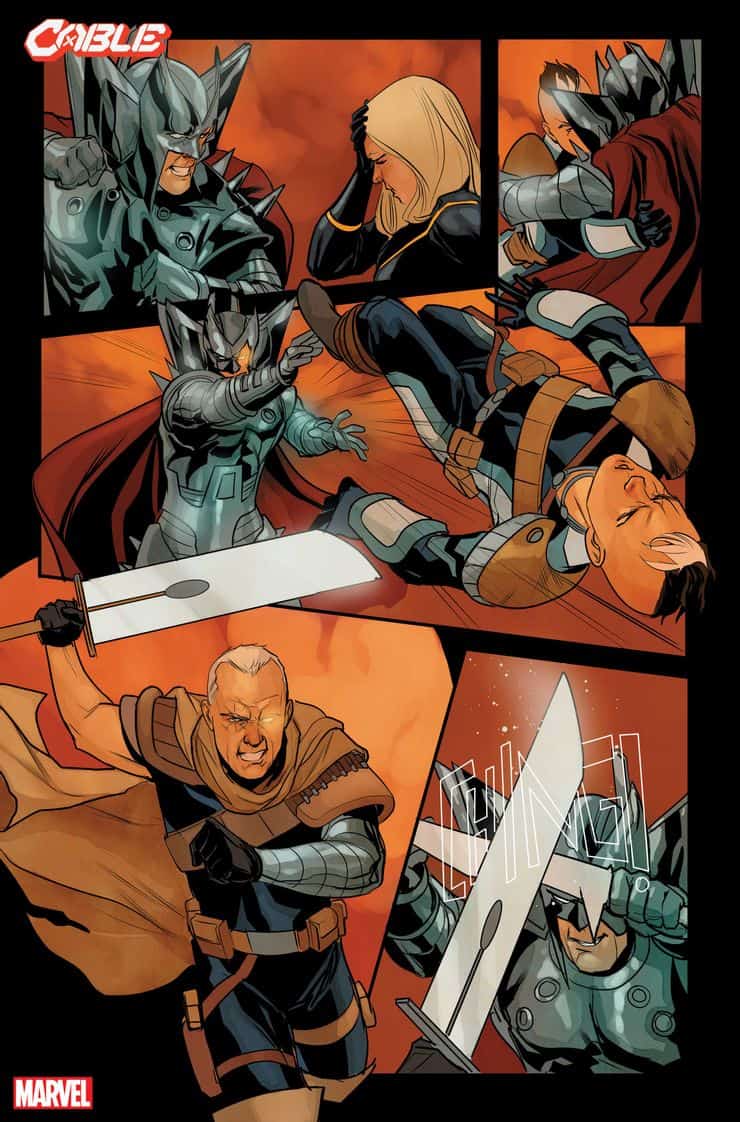 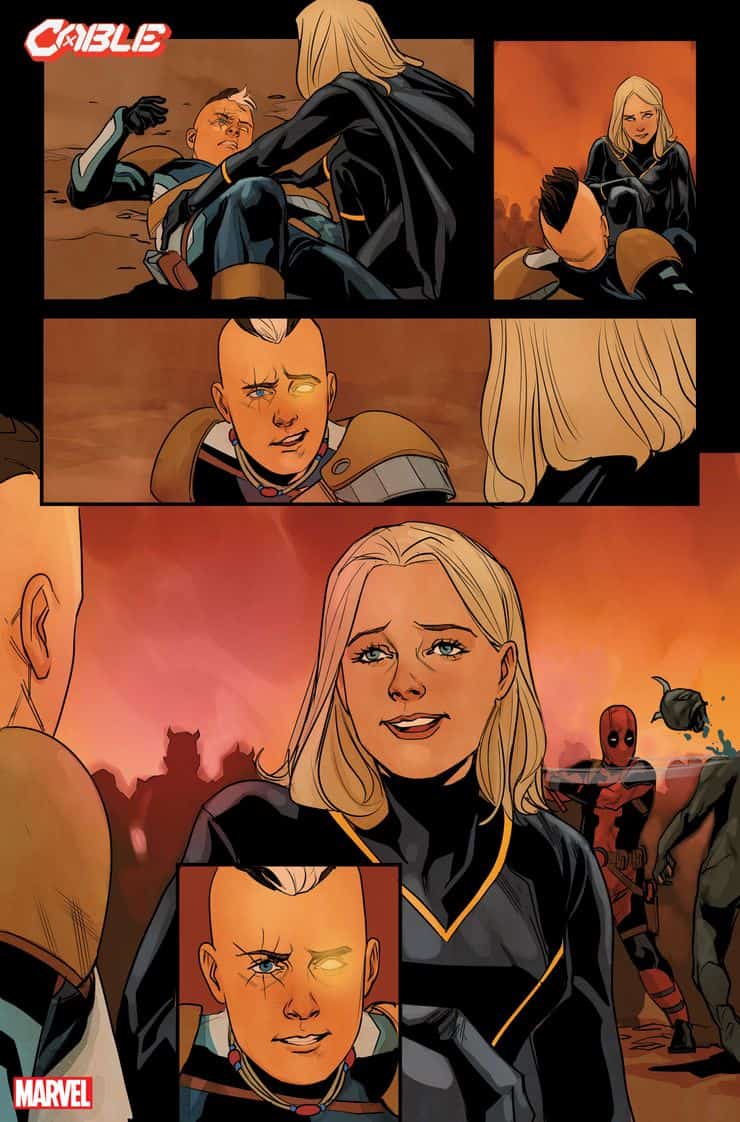 But we not done yet mutant lovers. In July Al Ewing will be bringing us the THE LAST ANNIHILATION crossover which kicks off in Guardians Of The Galaxy #16 and yesterday Marvel revealed some of S.W.O.R.D’s involvement in the galaxy spanning event by revealing unlettered art pages for  S.W.O.R.D #7 which feature Doom and the new regent of SOL Storm having dinner on Planet Arakko (yeah you need to read PLANET SIZE X-MEN) in repeat of a dinner scene from many years ago albeit under very different circumstances. We also have been teased married couple Wiccan and Hulkling’s involvment too brought to us by the art team of Stefano Caselli who takes over art duties for Valerio Schiti who is drawing the first issue of INFERNO alongside colorist Marte Gracia

THE MORNING AFTER THE NIGHT BEFORE…The Hellfire Gala is over…but not all the guests have gone home. Victor Von Doom is staying for dinner. He’s chatting to an old friend in a very new setting — about thrones, empires, magic, Mysterium…and the LAST ANNIHILATION! 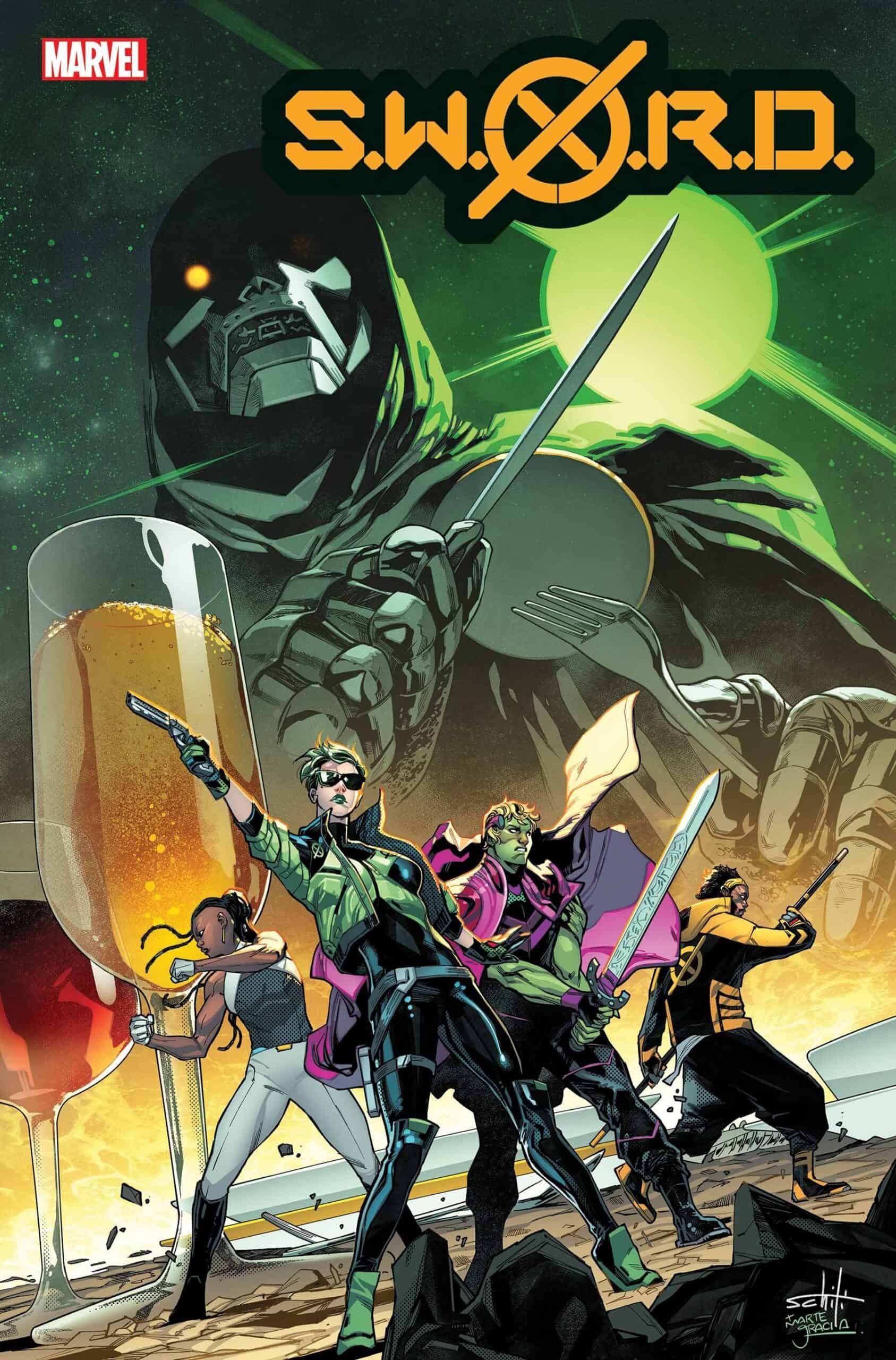 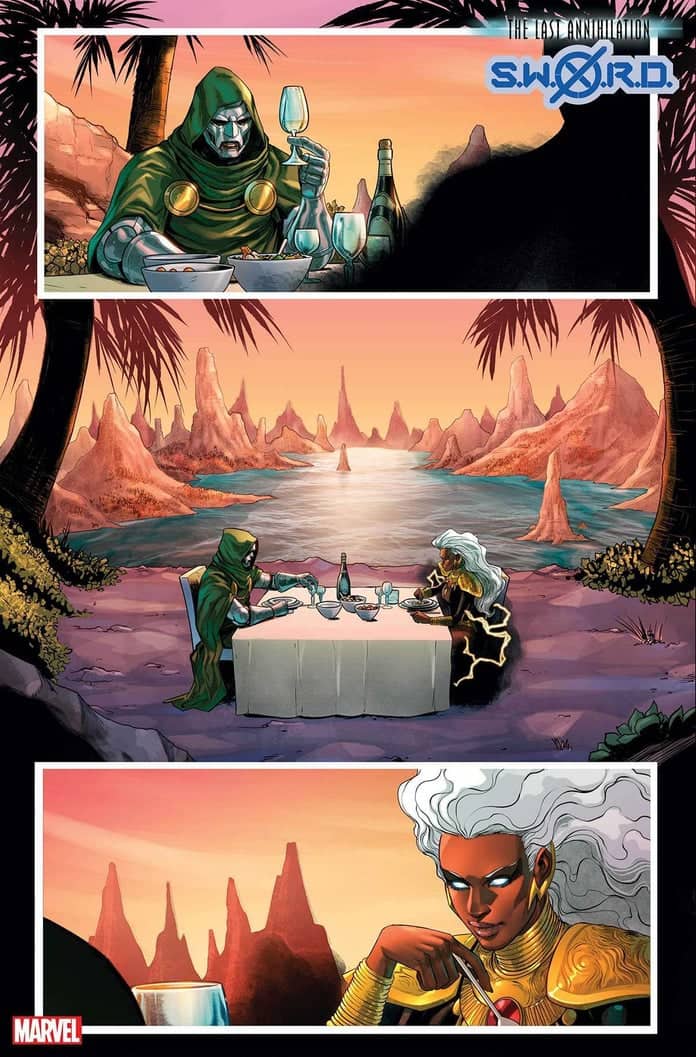 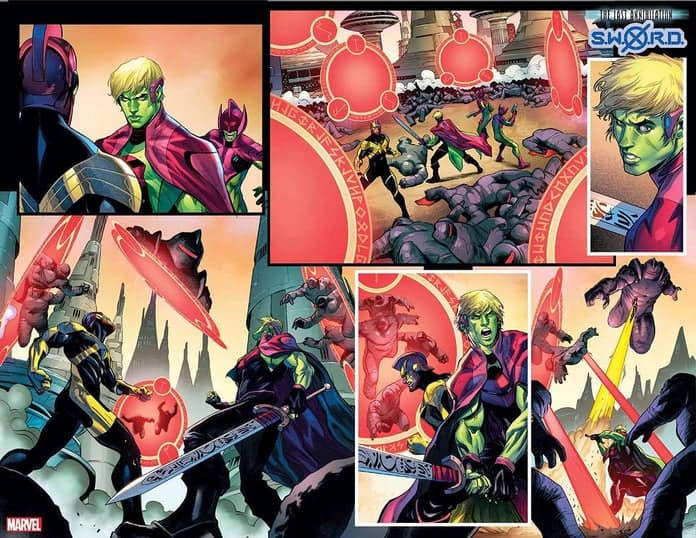