Marion’s terrifying transformation is nearly complete, but she finds utility in it, turning the tables on the predators harassing women in local bars. When these men go on the hunt for revenge, a huge mistake pushes Marion into a fully monstrous form . . . and there will be hell to pay.

Print copies of MAW #3 will be available for sale on November 17, 2021, exclusively at local comic book shops (use comicshoplocator.com to find the nearest one) or at the BOOM! Studios webstore. Digital copies can be purchased from content providers, including comiXology, iBooks, Google Play, and Kindle. 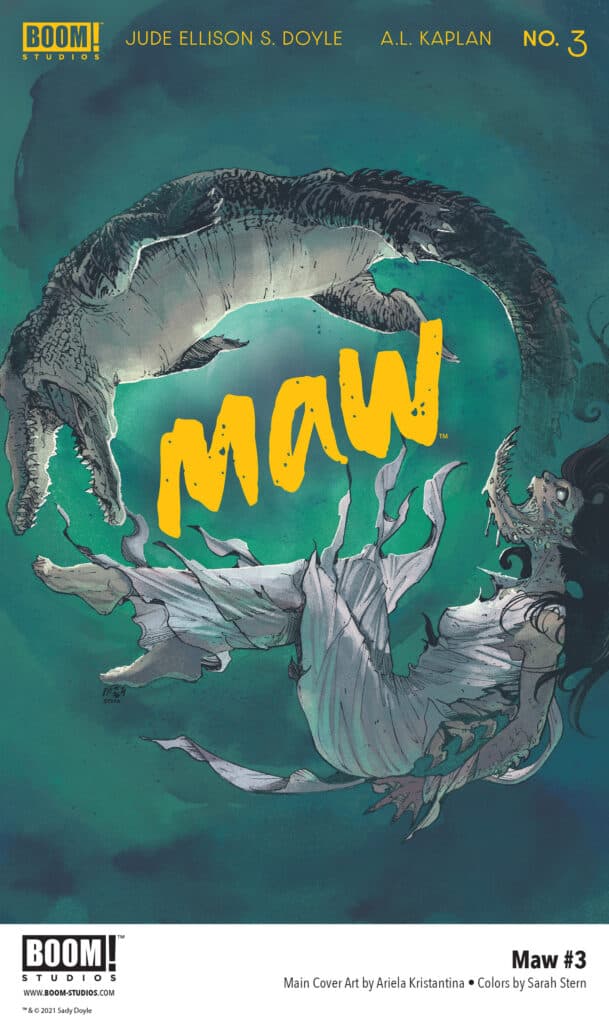 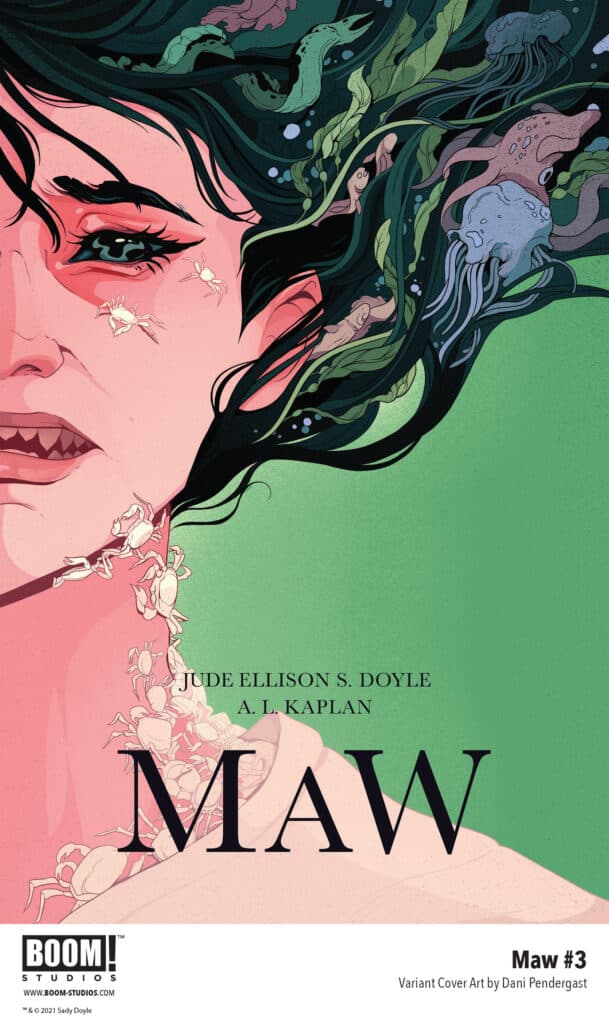 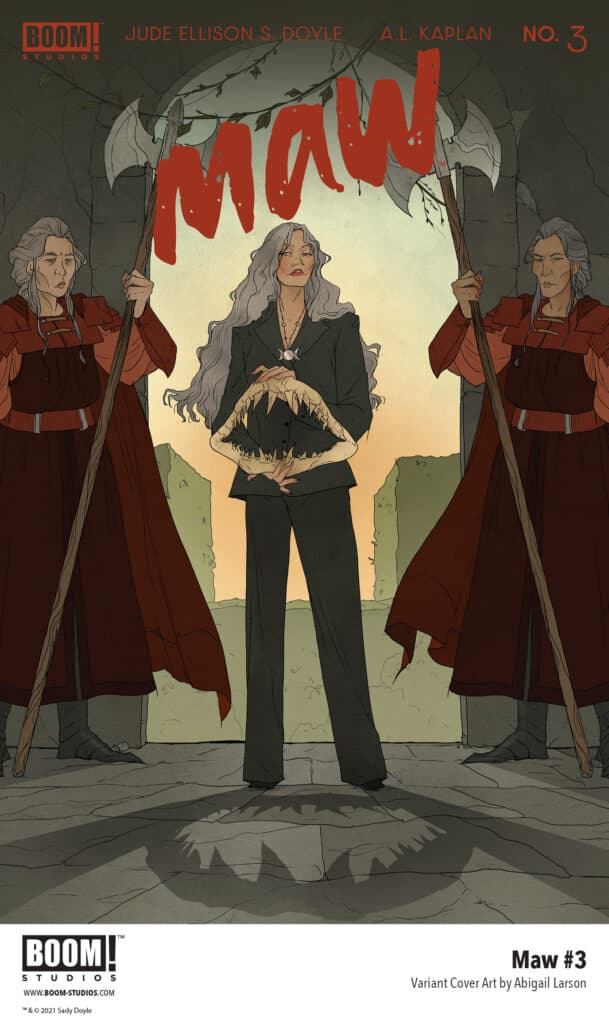 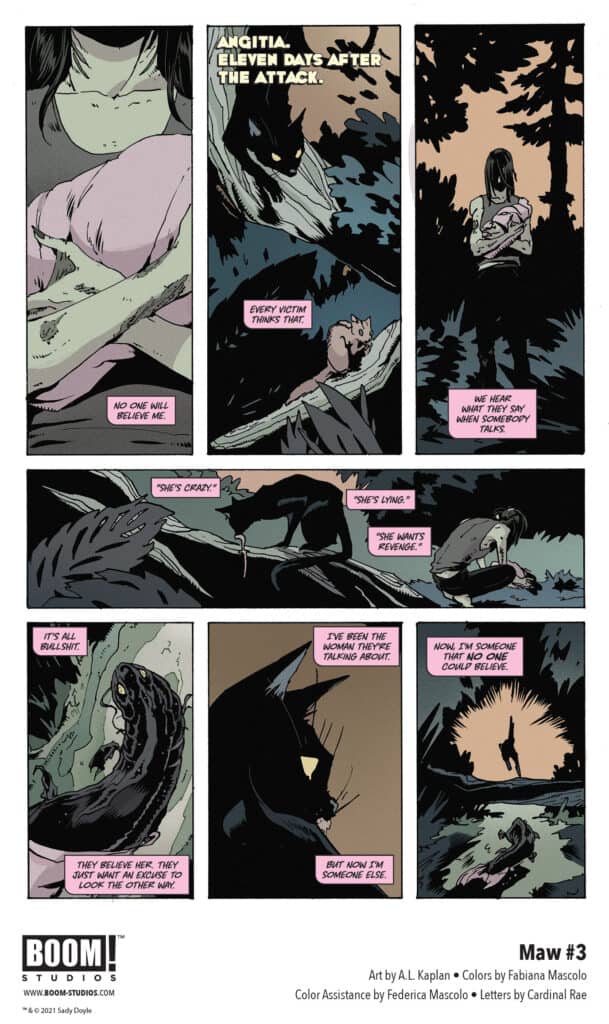 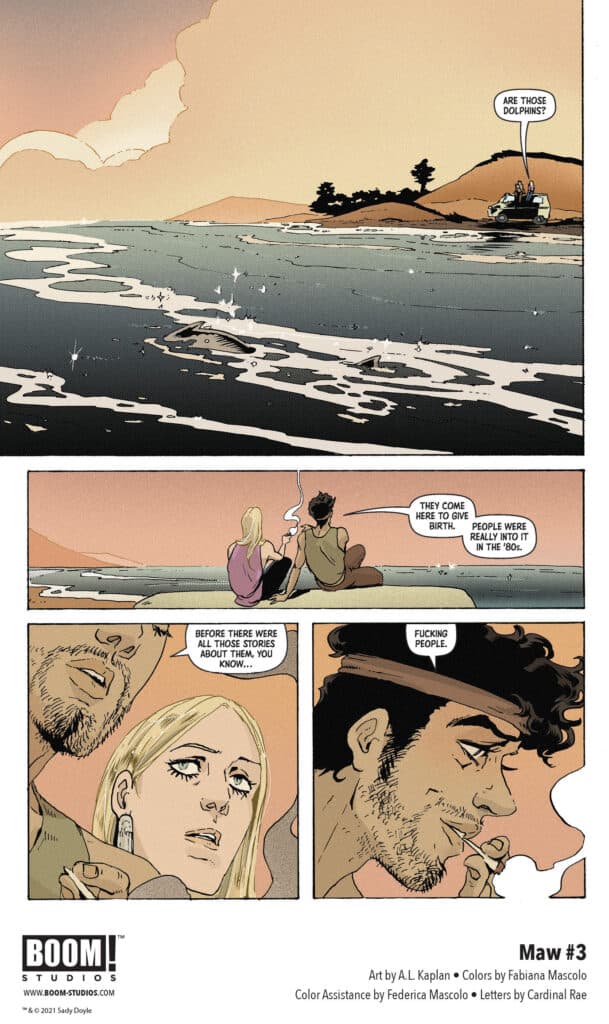 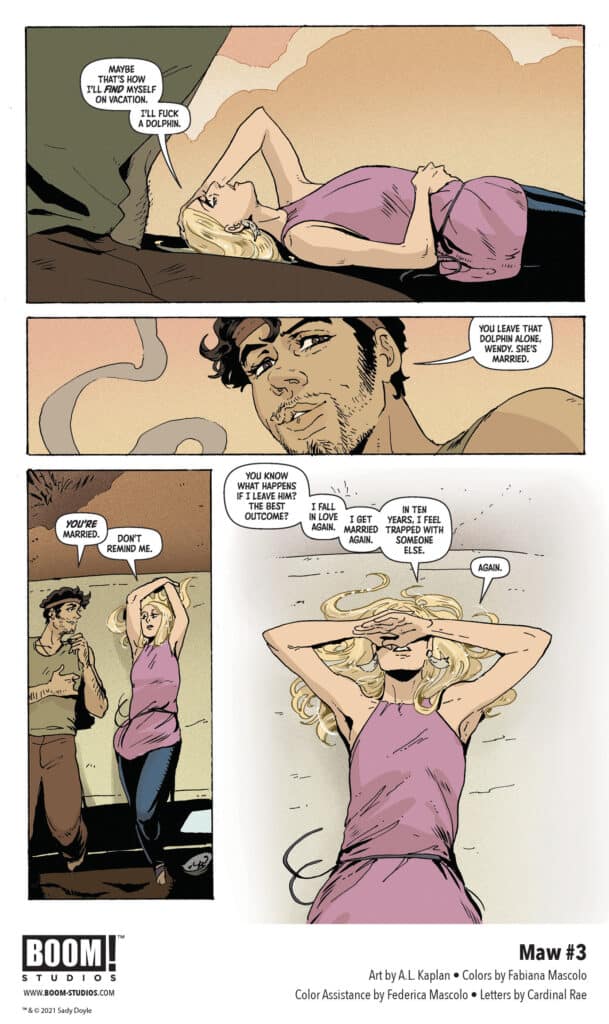 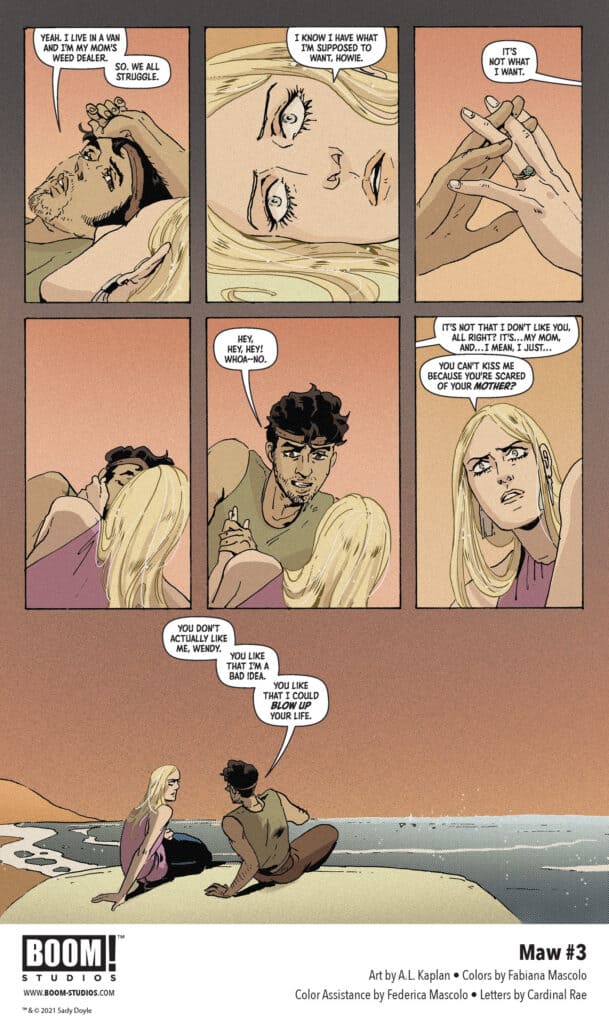 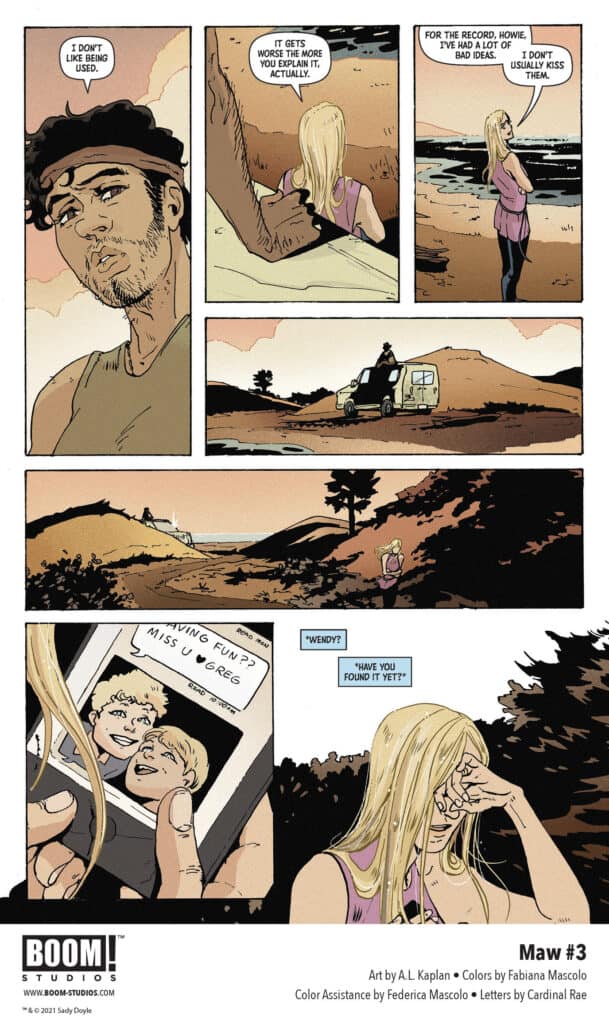