BOOM! Studios today revealed a first look at DARK BLOOD #4, the next issue of an evocative new six-issue original series from screenwriter LaToya Morgan (AMC’s The Walking Dead, Into The Badlands), rising star artist Moisés Hidalgo (Mighty Morphin Power Rangers), colorist A.H.G., and letterer AndWorld Design, about a young man forging a brave new future for himself and his family while dealing with his past, available in October 2021.

Can Avery clear his name and find out what’s really happening to him? On the run, Avery must elude the cops for the accidental death that he’s sure to be blamed for. Theo, Avery’s brother, tries to convince him to explain that it wasn’t his fault, but Avery is skeptical that the authorities will believe a Black man… and terrified at the possible truth behind the incident. 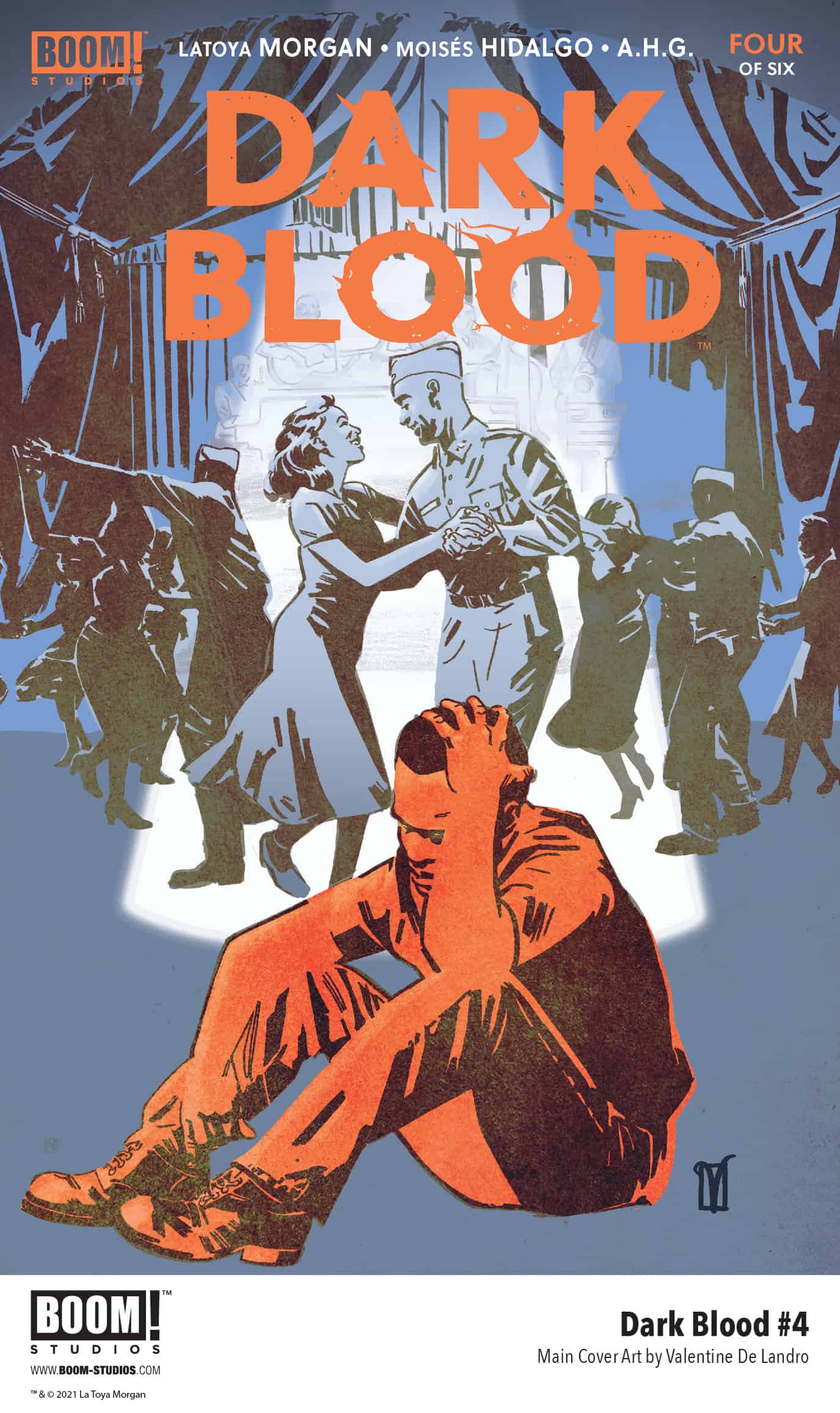 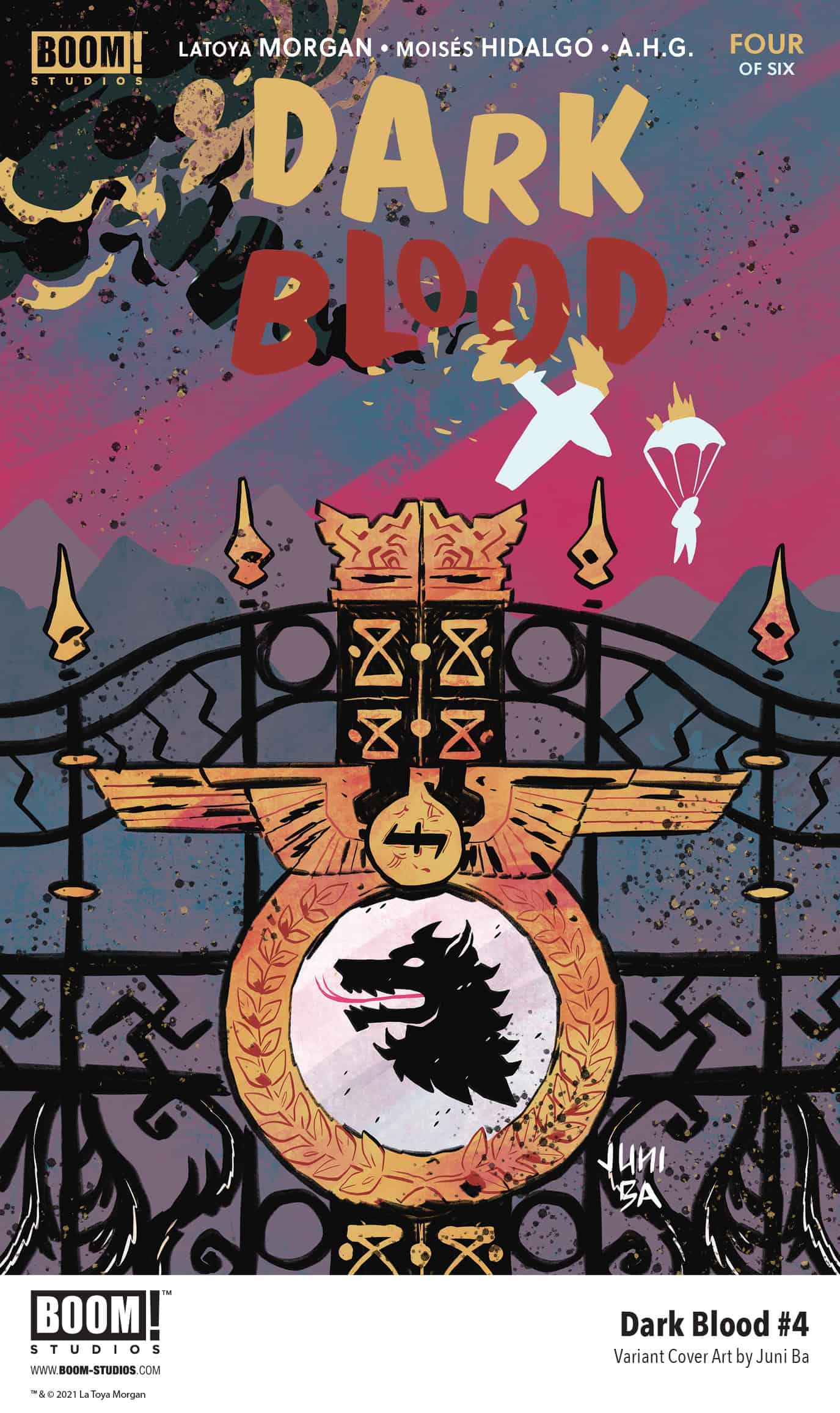 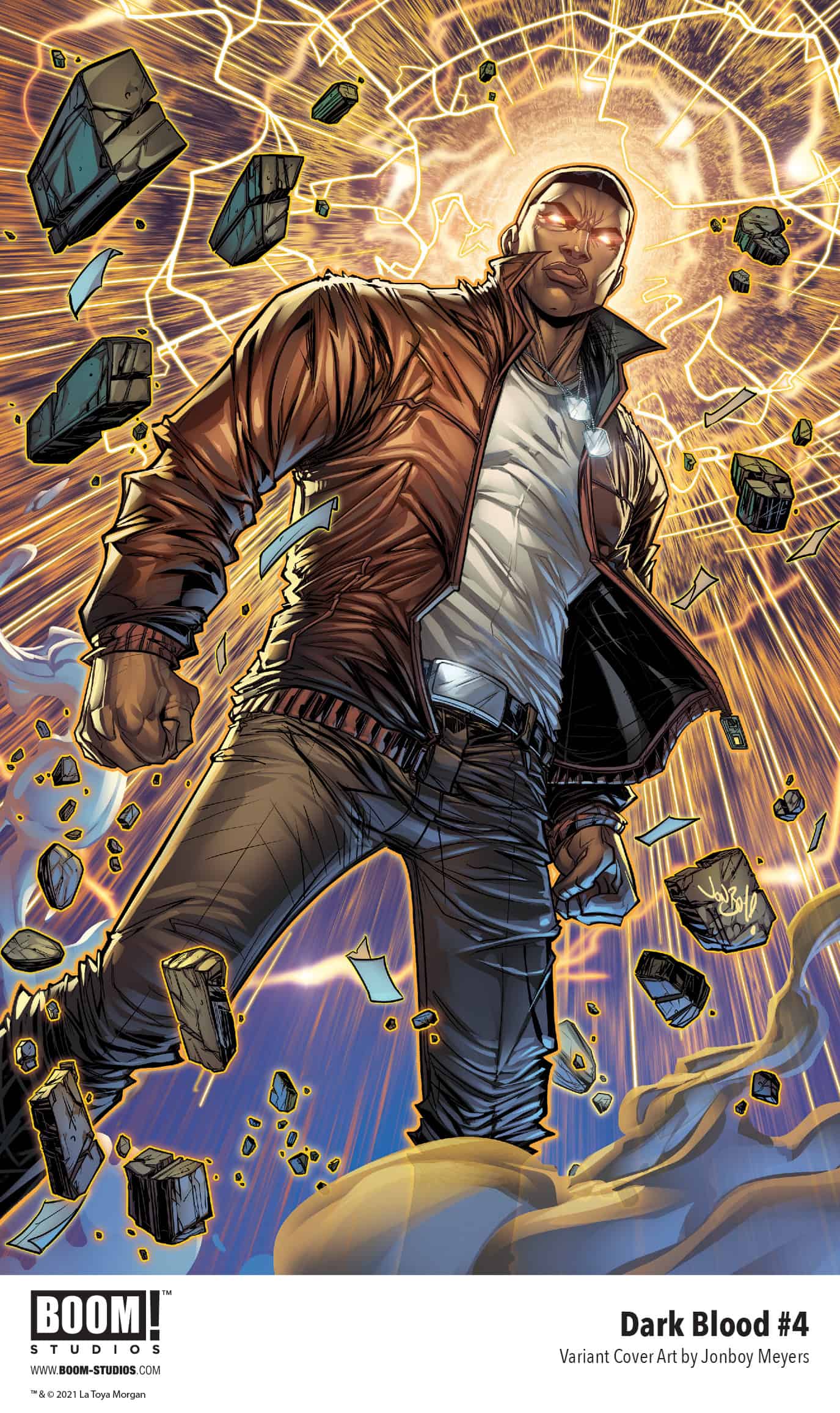 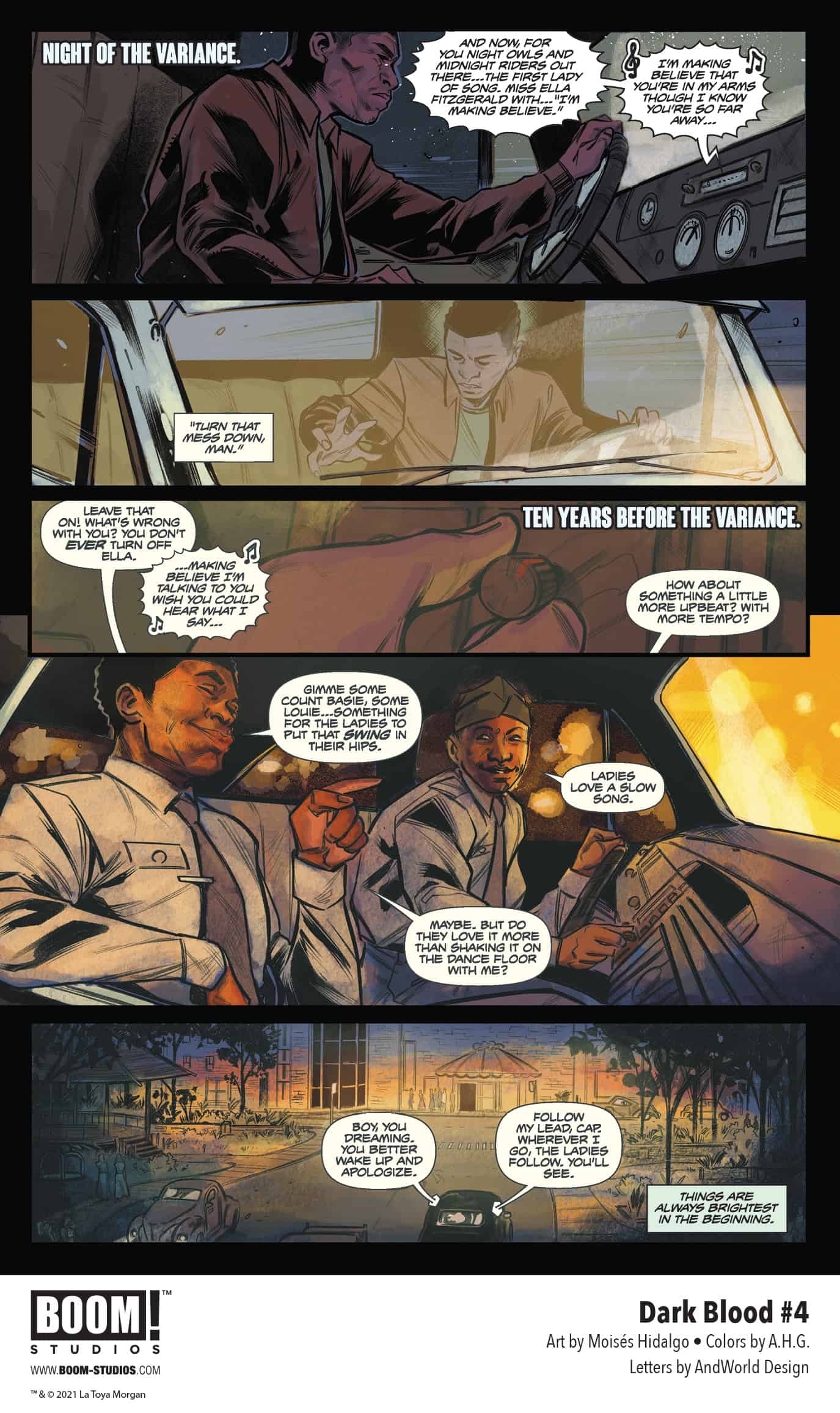 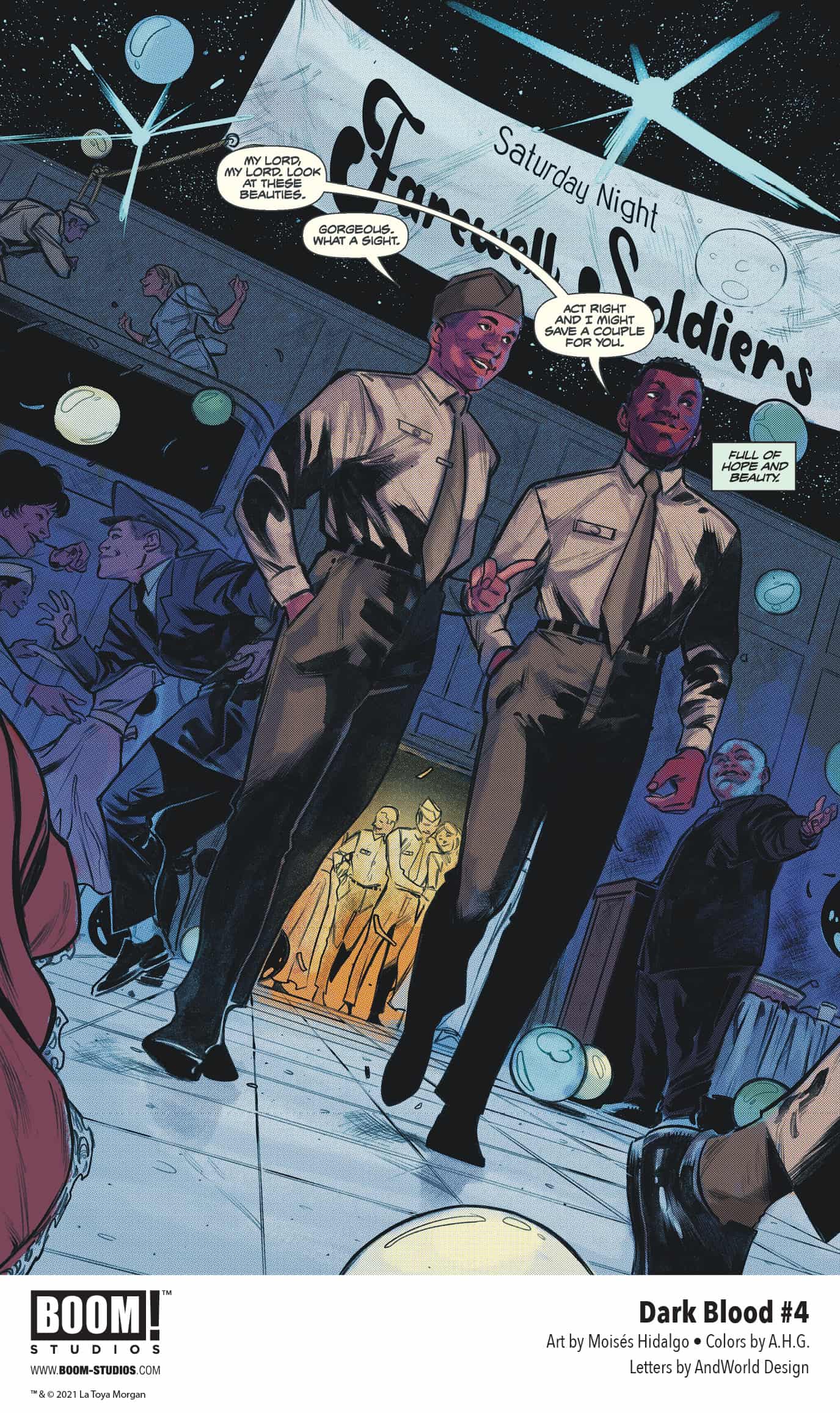 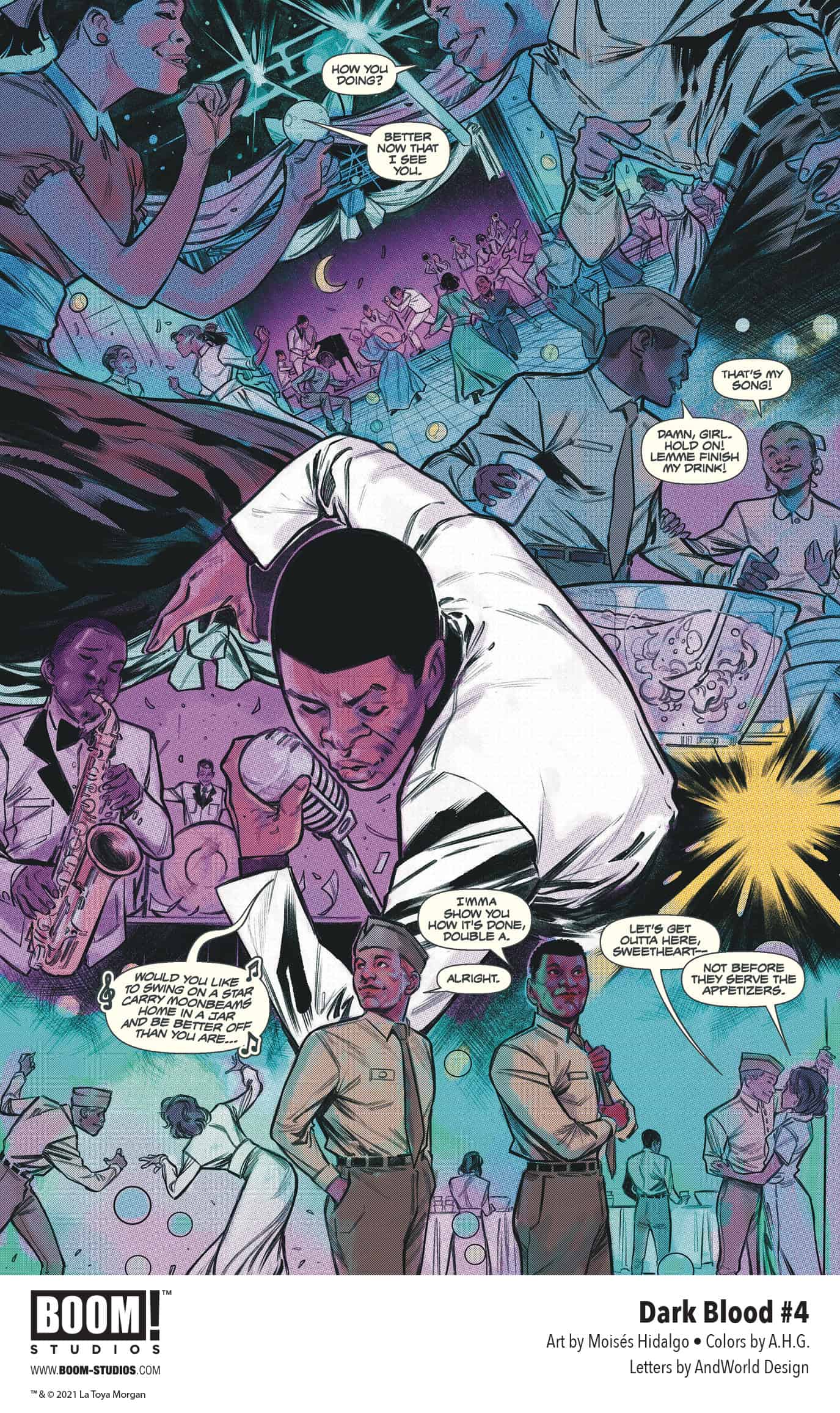 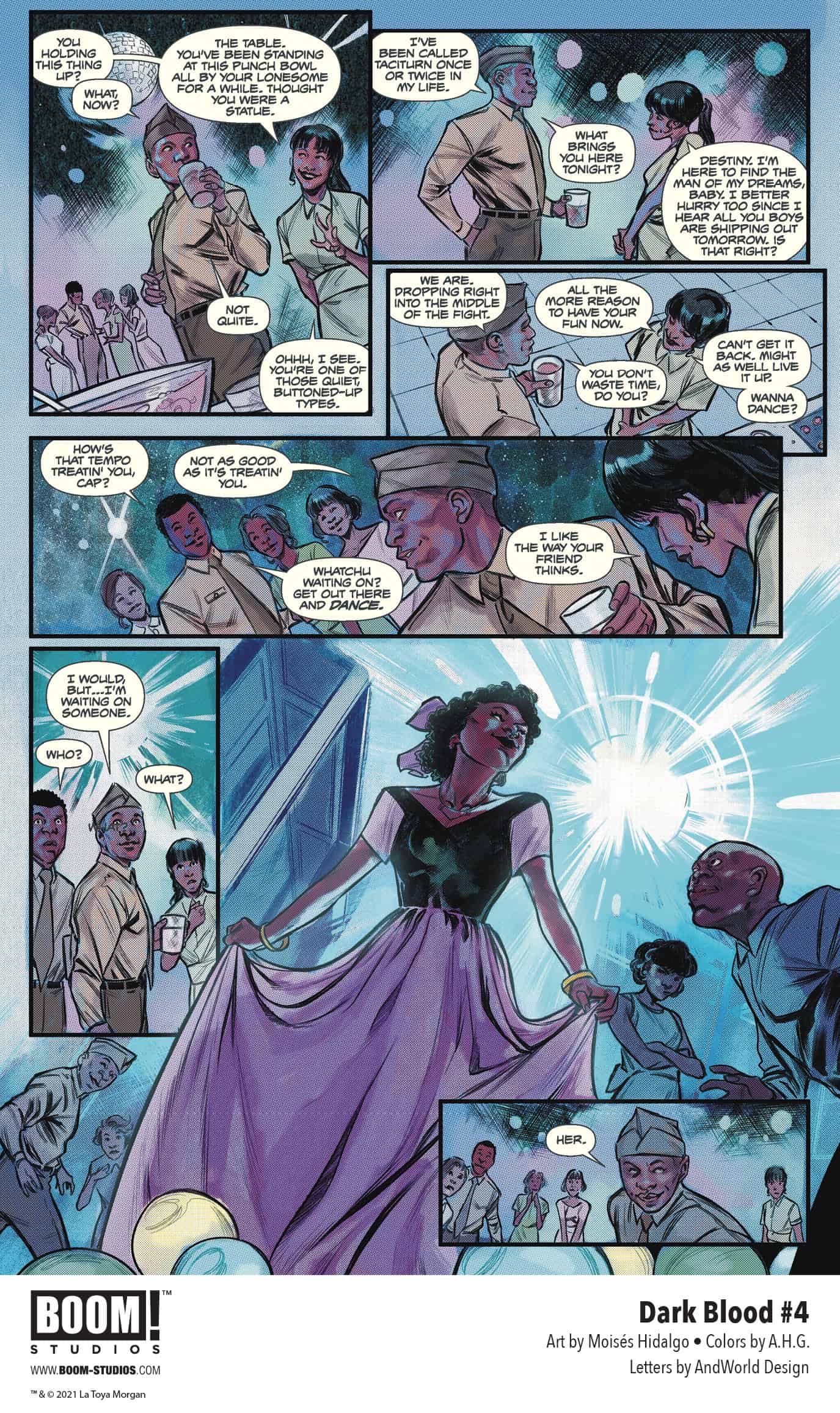 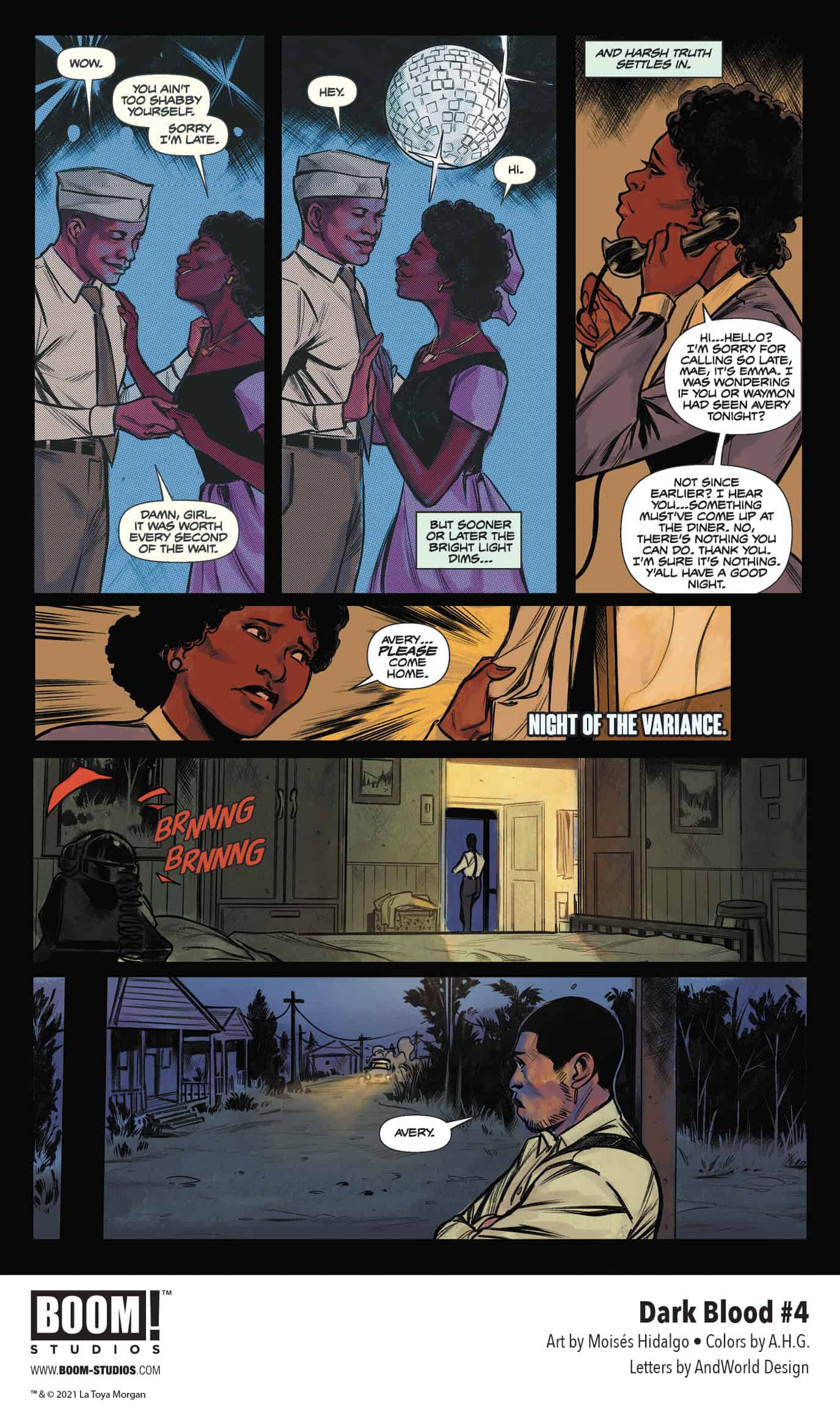 Print copies of DARK BLOOD #4 will be available for sale on October 27, 2021 exclusively at local comic book shops (use comicshoplocator.com to find the one nearest you) or at the BOOM! Studios webstore. Digital copies can be purchased from content providers, including comiXology, iBooks, Google Play, and Kindle.