The outfits are chosen, Jumbo Carnation has been working overtime to make our favorite mutants shine at the first HELLFIRE GALA of the Krakoan era. It’s now time to receive guests and kick off the event that will stretch across 12 books in the line and will encompass among other things: the formal debut of the duly elected X-MEN team as well as (if you following along) the future plans of everyone’s favorite wind rider STORM who is leaving the MARAUDERS. Who knows what other wheeling and dealing will go on but with a guest list including The Avengers (who already win worst dressed for showing up in work uniforms), the Fantastic Four as well as Victor Von Doom there promises to be no shortage of fireworks…

Here is the first look at unlettered pages from Marvel of MARAUDERS #21 which shows us guests arriving and Emma and her fellow Krakoans dressed to the nines and ready to receive them: 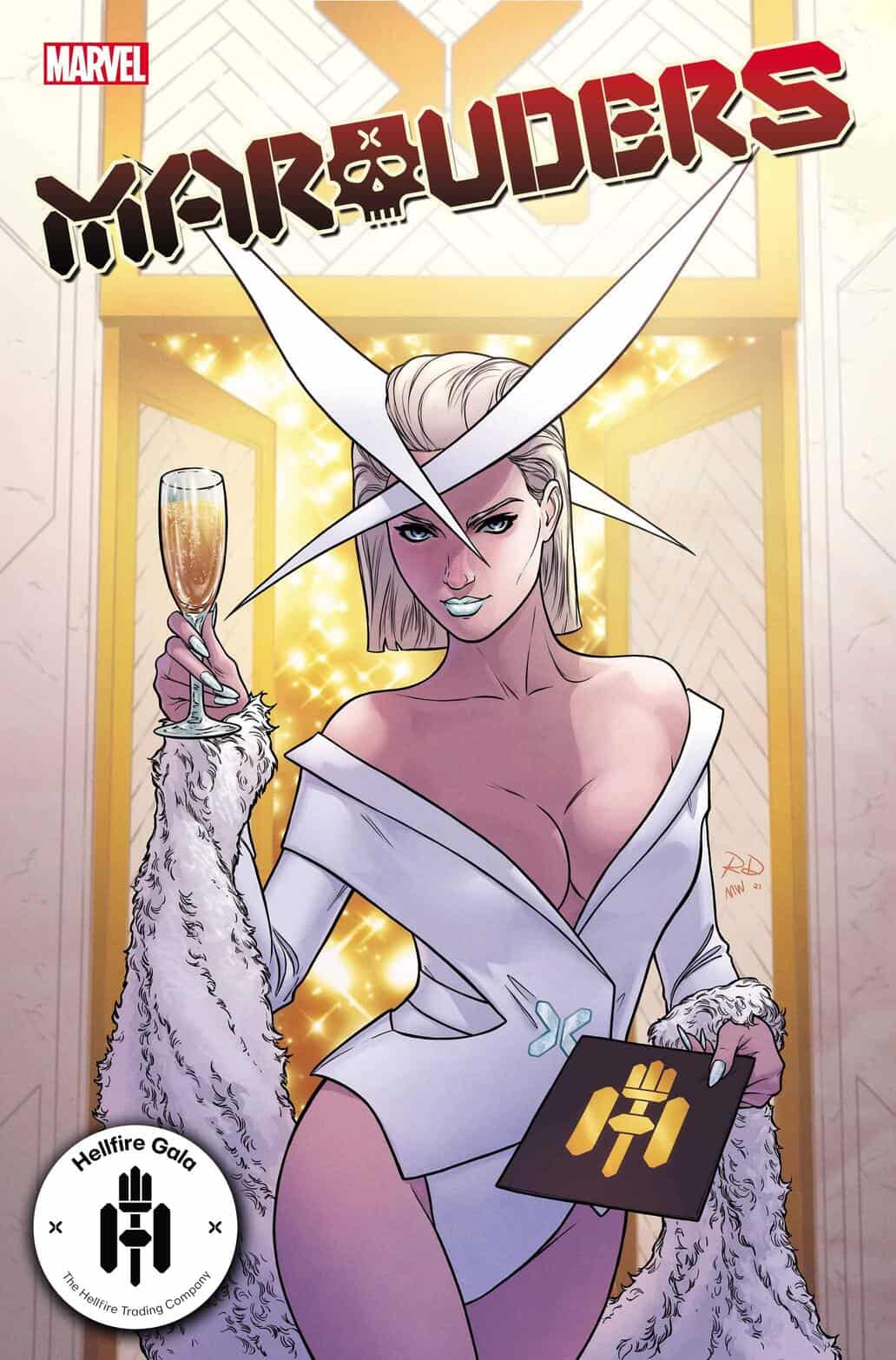 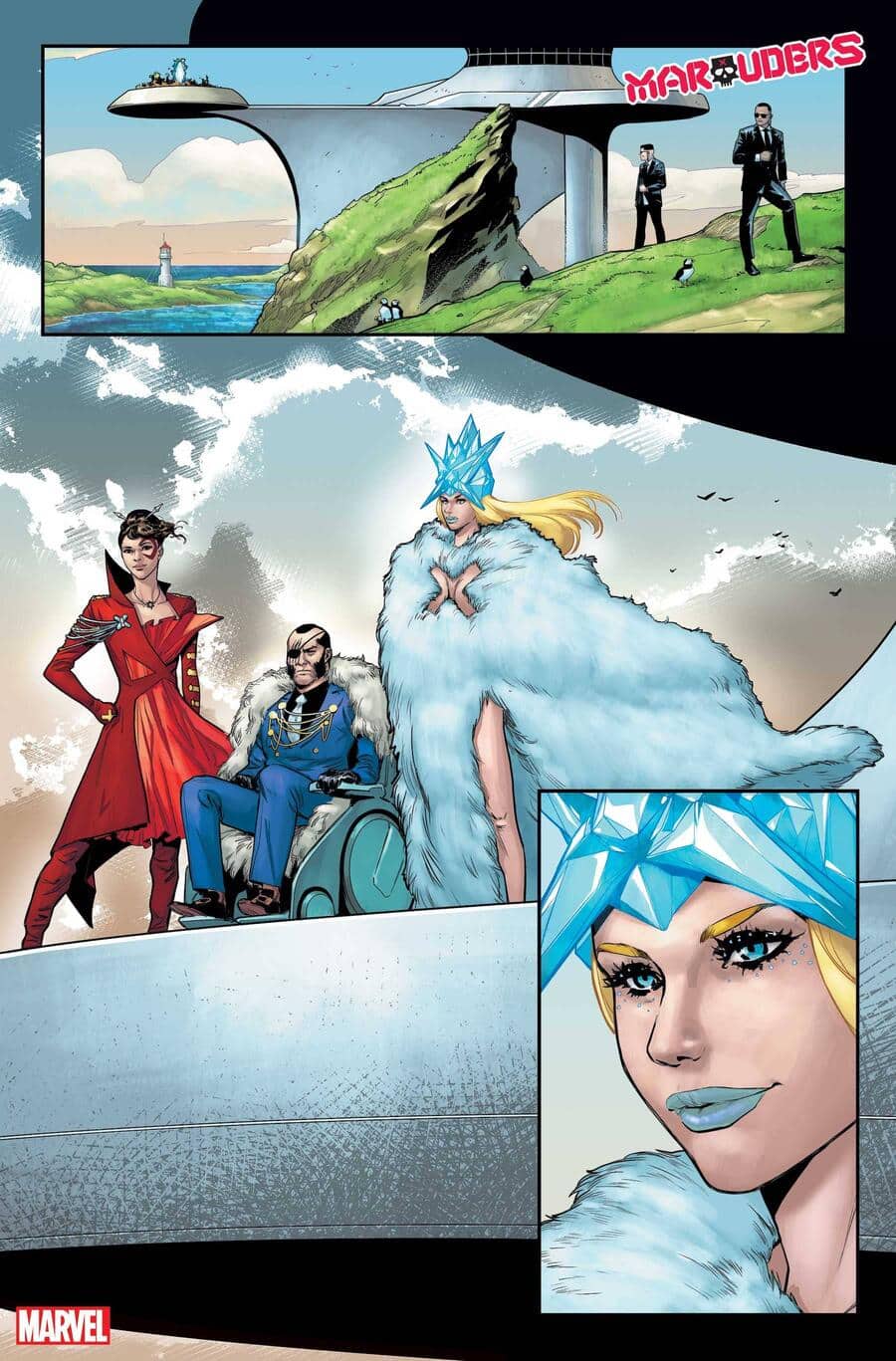 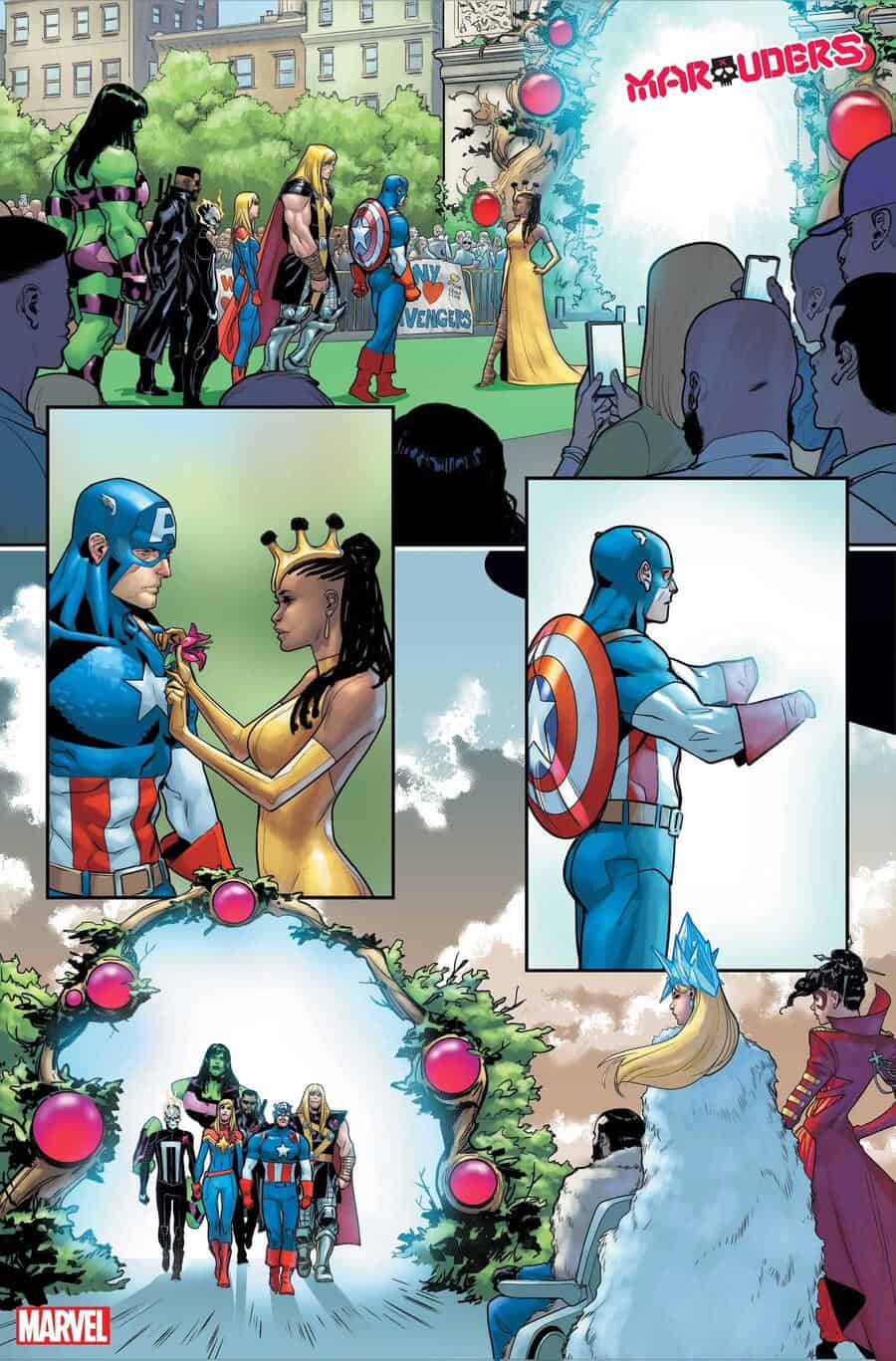 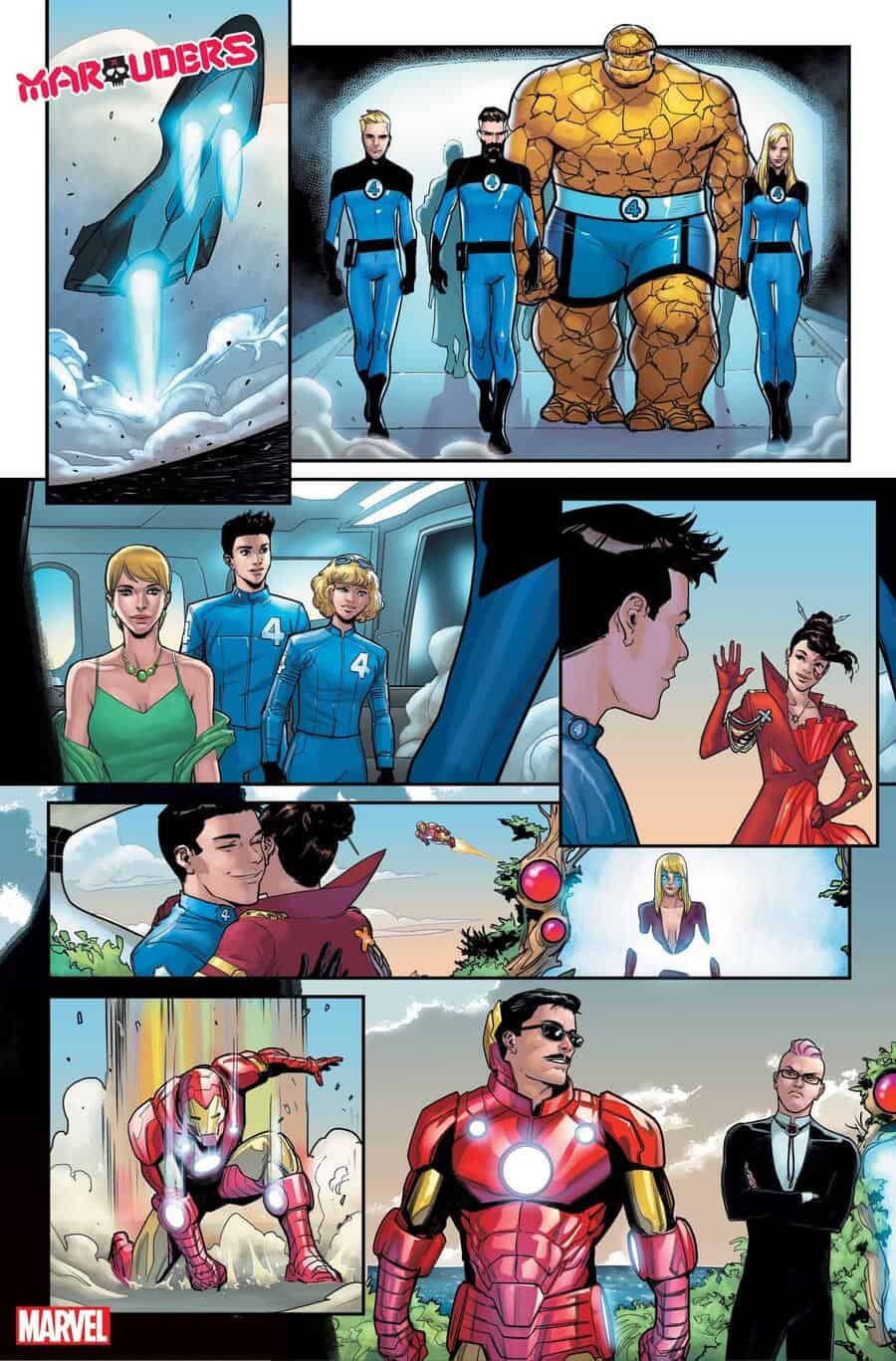 According to the Marvel article:

For now, we can say that there would be no Hellfire Gala without the actions of the Marauders. The team will finally get their due in MARAUDERS #21 on Wednesday, June 2. And from there, the real fireworks will begin.

Don’t forget to keep a lookout for our full review coverage of every issue of the event so grab your best out fit and we will see you on the ballroom floor!