NEWS WATCH: First Look at the Magical Girls of SAVE YOURSELF! #1 from BOOM!

BOOM! Studios today revealed a first look at SAVE YOURSELF! #1, the first issue in a truly magical new four-issue original series from the team behind Pandora’s Legacy, writer Bones Leopard (Identical), artists Kelly & Nichole Matthews (Just Beyond), and letterer Jim Campbell, that’s perfect for fans who grew up loving magical girls and are ready to step up and save the world, no matter who they have to face, available in June 2021.

What if Magical Girls aren’t Earth’s champions after all? The world’s most beloved heroes Aoe, Thel, and Gen, better known as the Lovely Trio, first burst onto the scene five years ago when they saved Earth from a surprise space monster attack! Since then, everyone–including Gigi, whose brother died as a bystander in a Lovely Trio battle– has idolized them as superheroic pop icons. But when Gigi witnesses the Lovely Trio battling a monster firsthand, she sees something that causes her to question everything she thought she ever knew about her heroes! 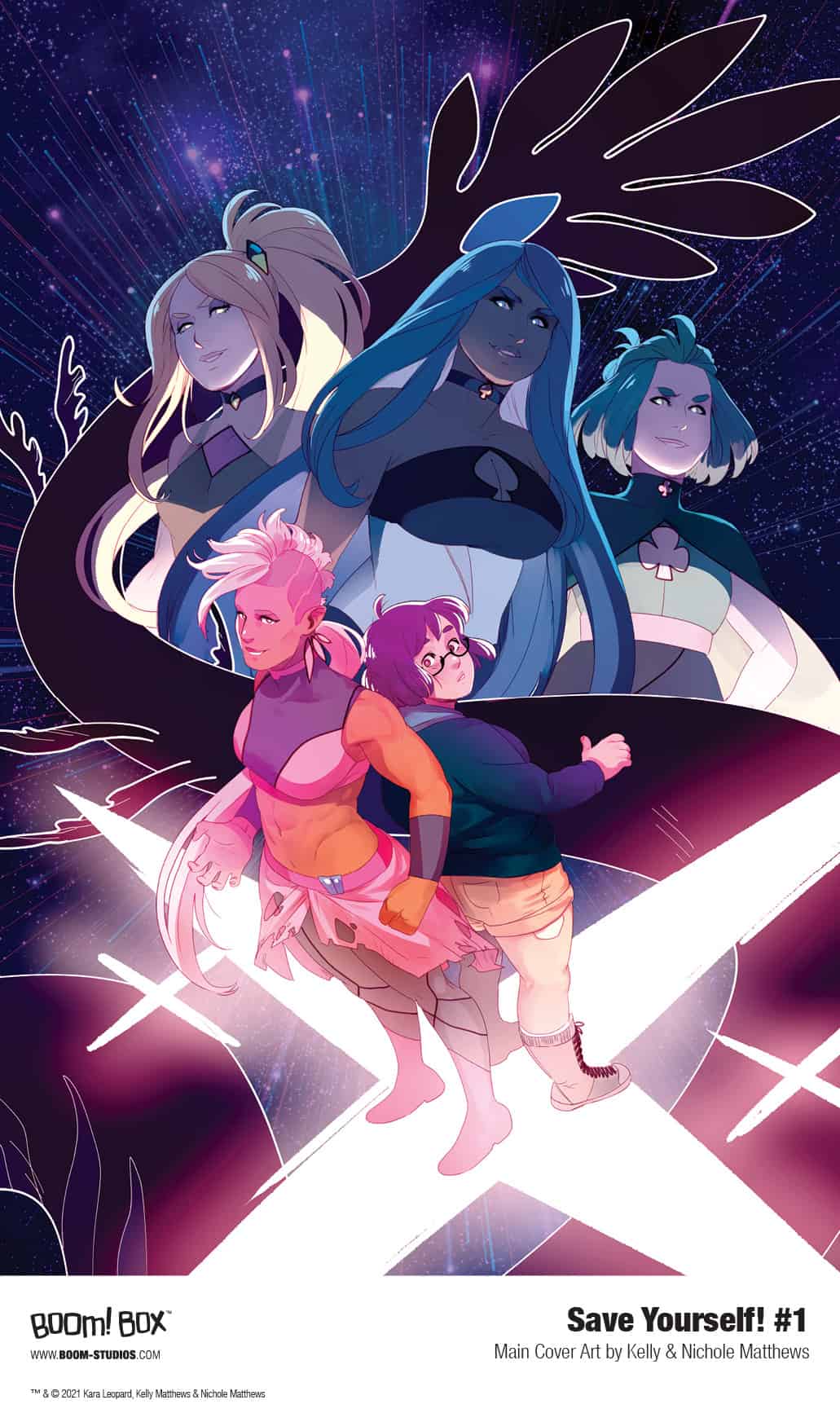 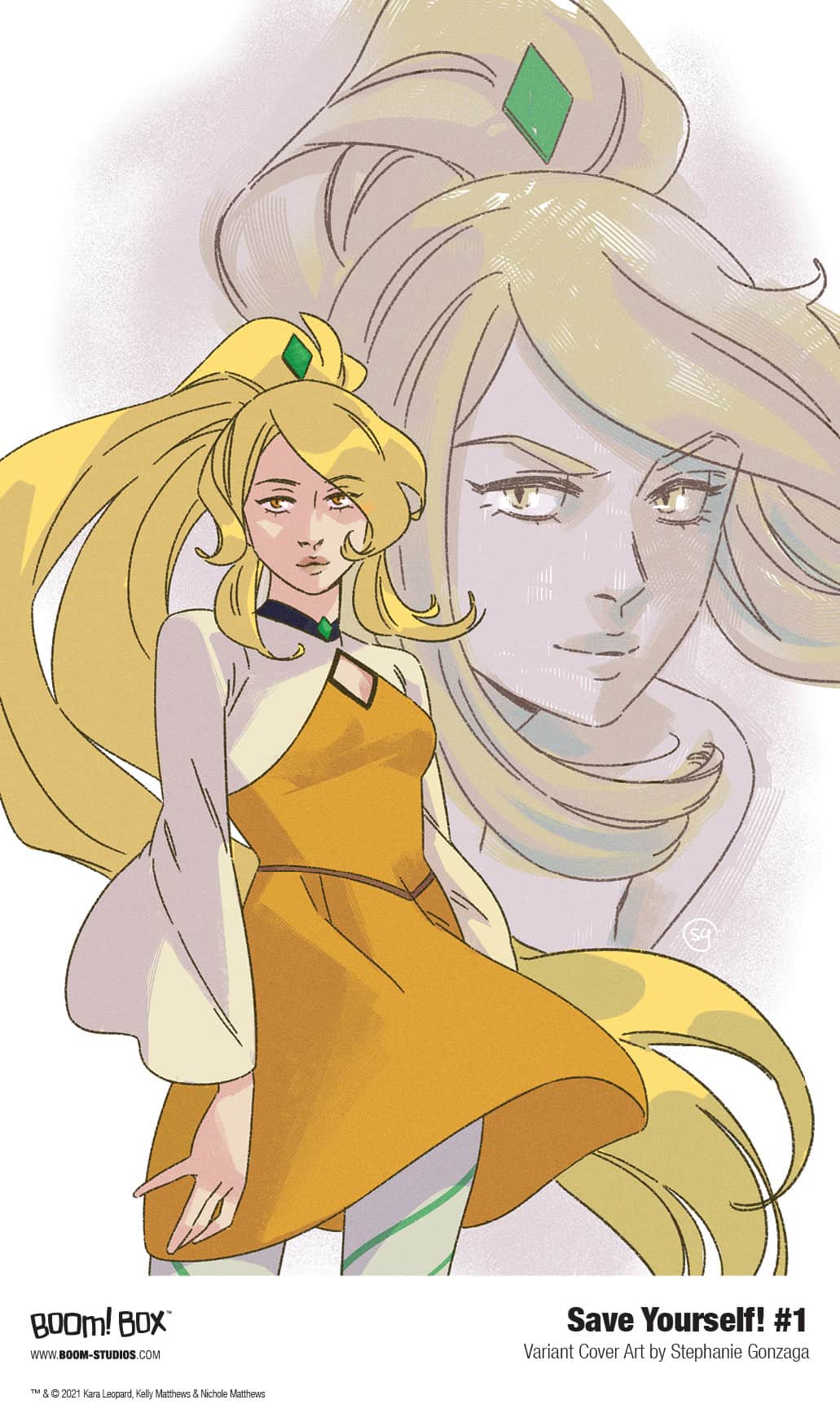 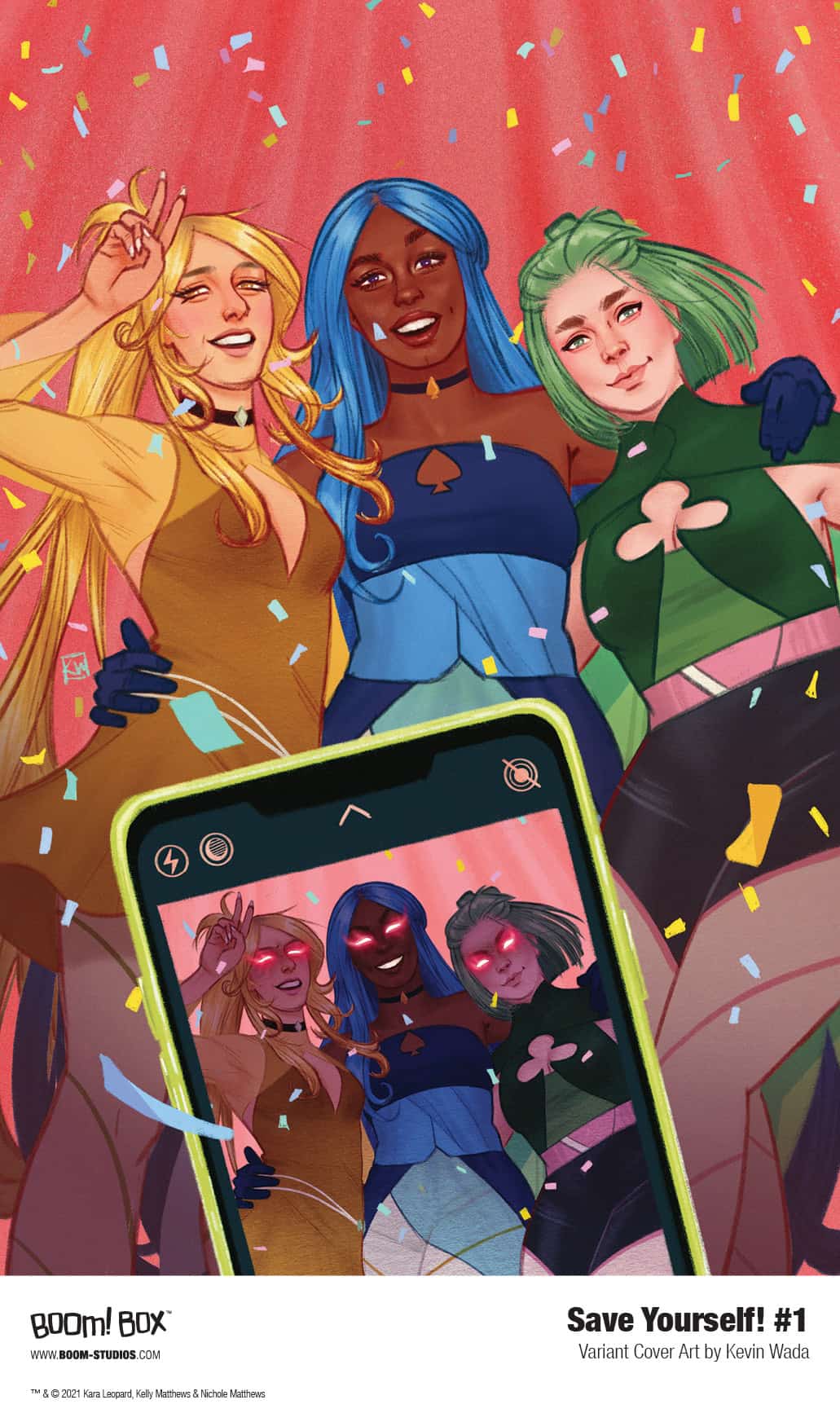 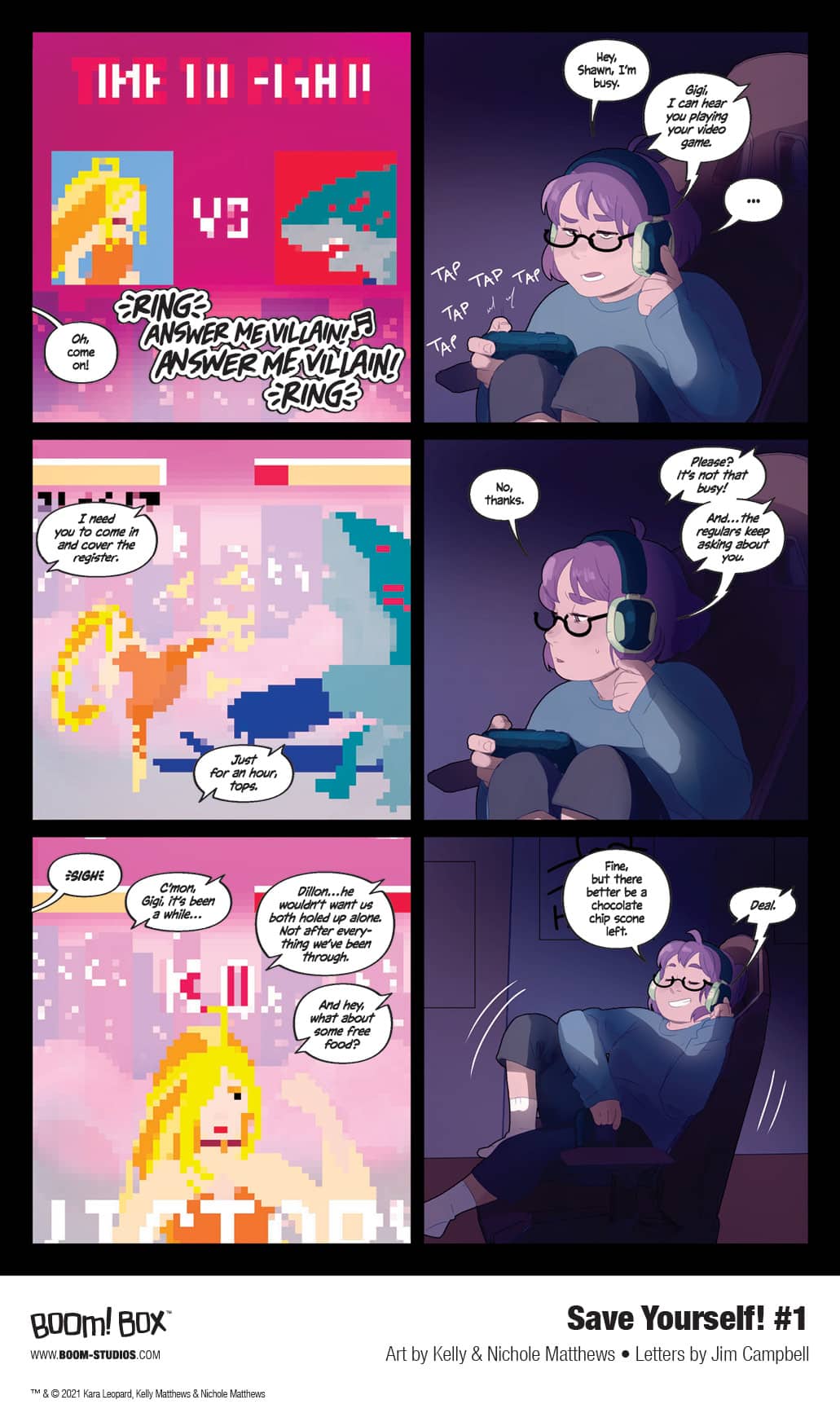 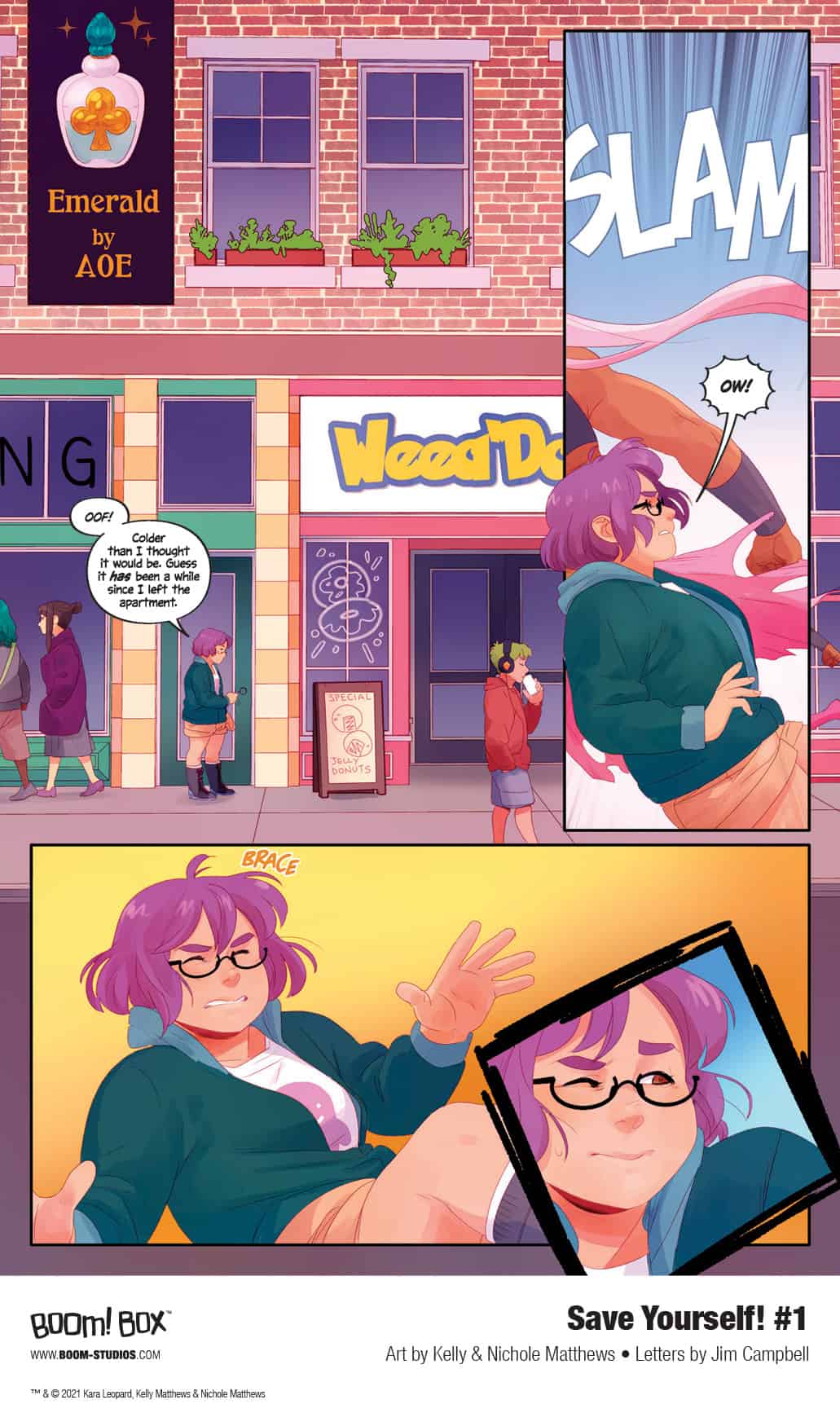 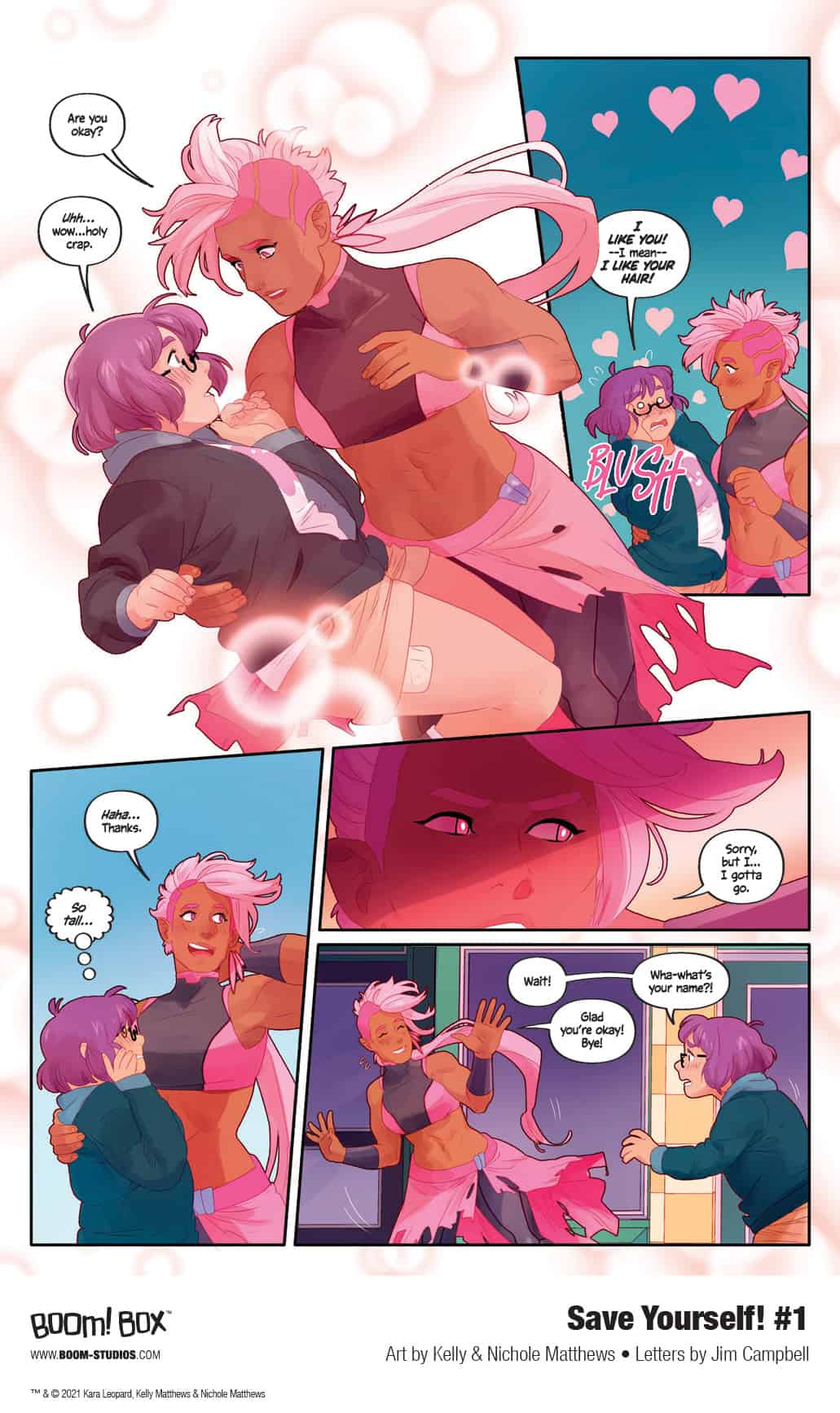 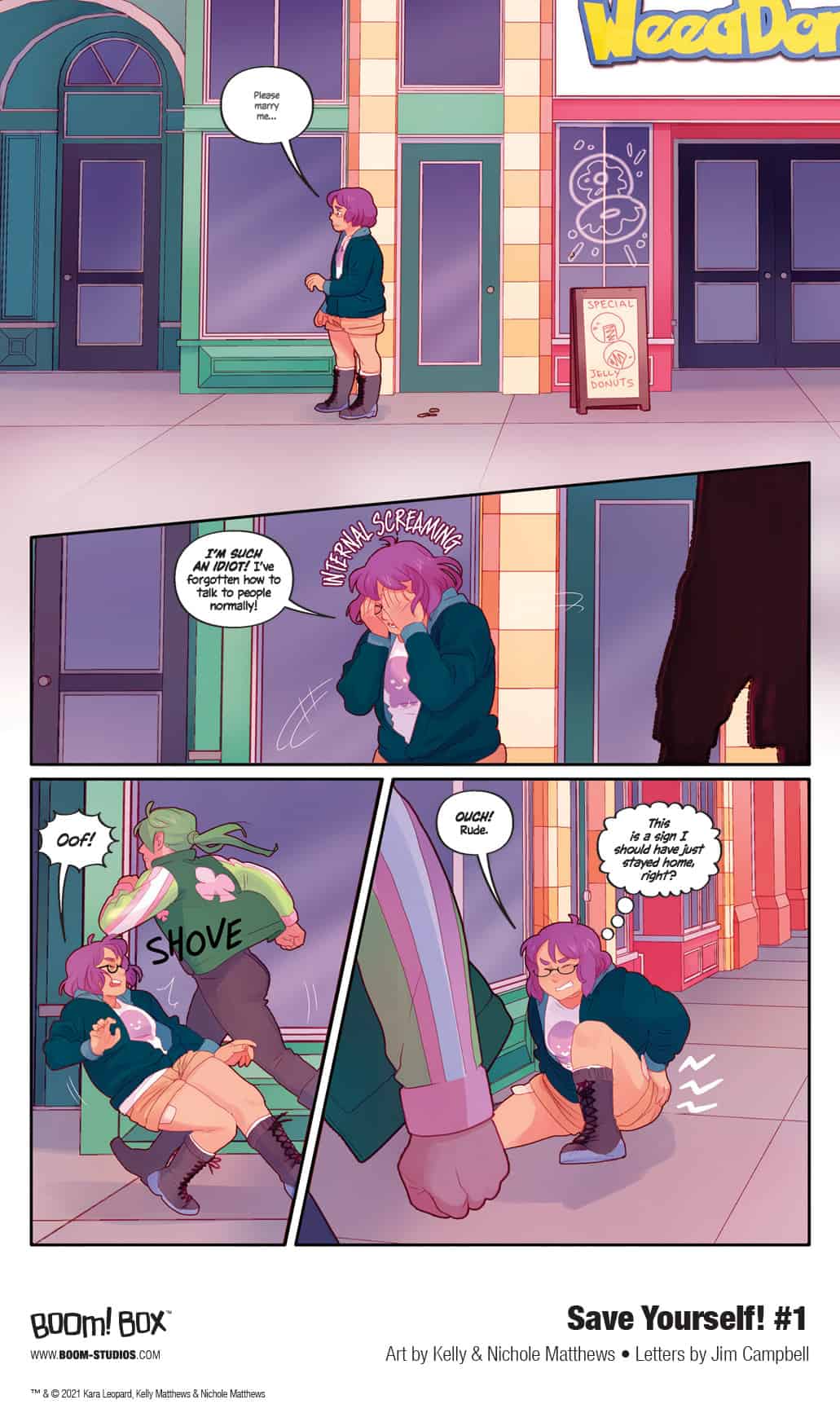 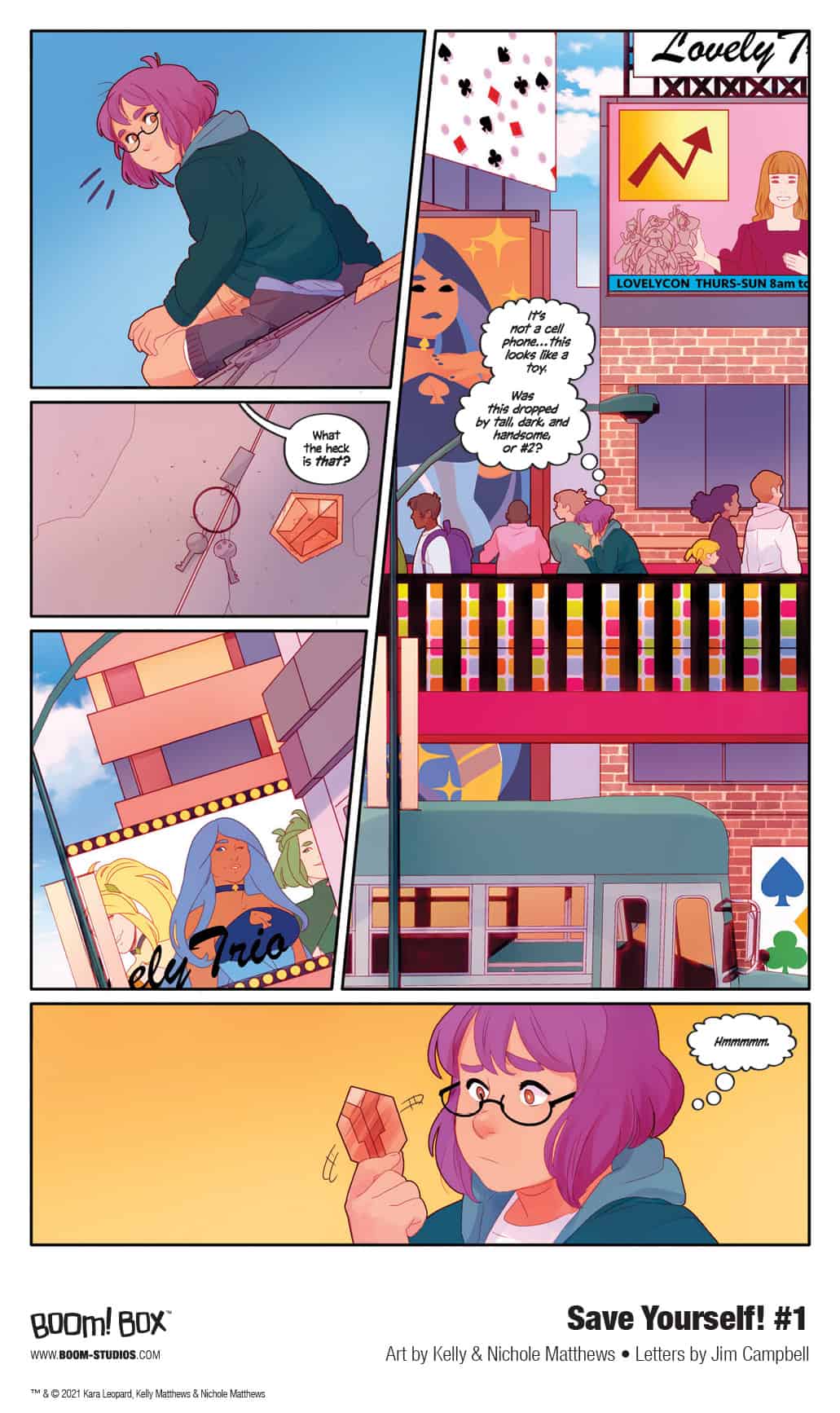 Print copies of SAVE YOURSELF! #1 will be available for sale on June 16, 2021 exclusively at local comic book shops (use comicshoplocator.com to find the nearest one) or at the BOOM! Studios webstore. Digital copies can be purchased from content providers, including comiXology, iBooks, Google Play, and Kindle.

NEWS WATCH: First Look at the Magical Girls of SAVE YOURSELF! #1 from BOOM!