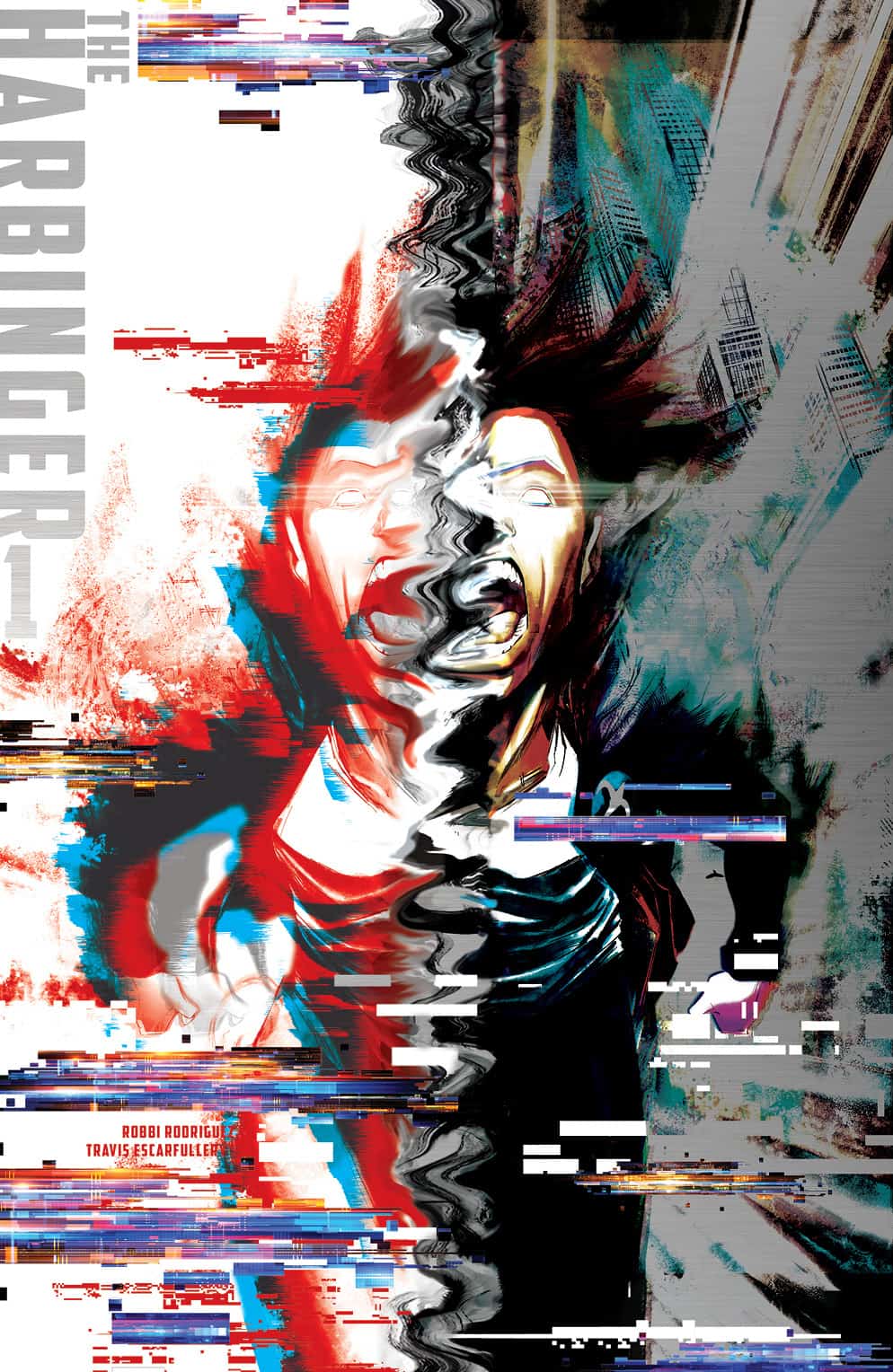 Ahead of the release of THE HARBINGER #1 on October 27th, Valiant Entertainment presents a first look at the special Metal Variant Cover and THE HARBINGER Gift Bundle.

From the mind of Valiant’s Director of Design and Production Travis Escarfullery, THE HARBINGER #1 Metal Cover breathes new life into Robbi Rodriguez’s eye-catching artwork that appears on the debut issue’s primary cover. Featuring a four color print over metal, the vibrant cover is available exclusively to participating retailers who will obtain one metal cover for every 250 copies they order of THE HARBINGER #1.

THE HARBINGER #1 is co-written by Collin Kelly and Jackson Lanzing, illustrated by Robbi Rodriguez, colored by Rico Renzi, and lettered by Hassan Otsmane-Elhaou. Read the first issue below – no embargo on coverage! 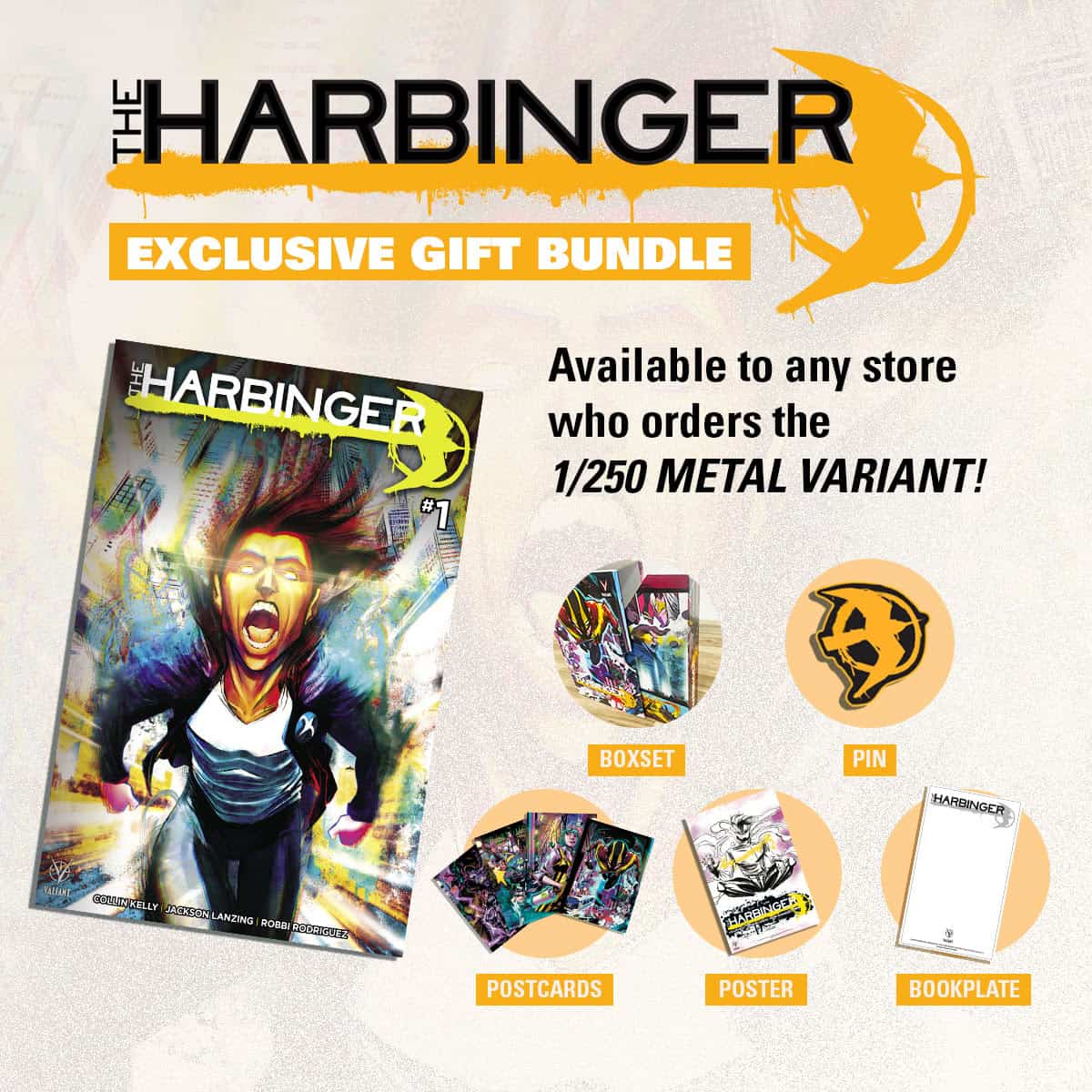 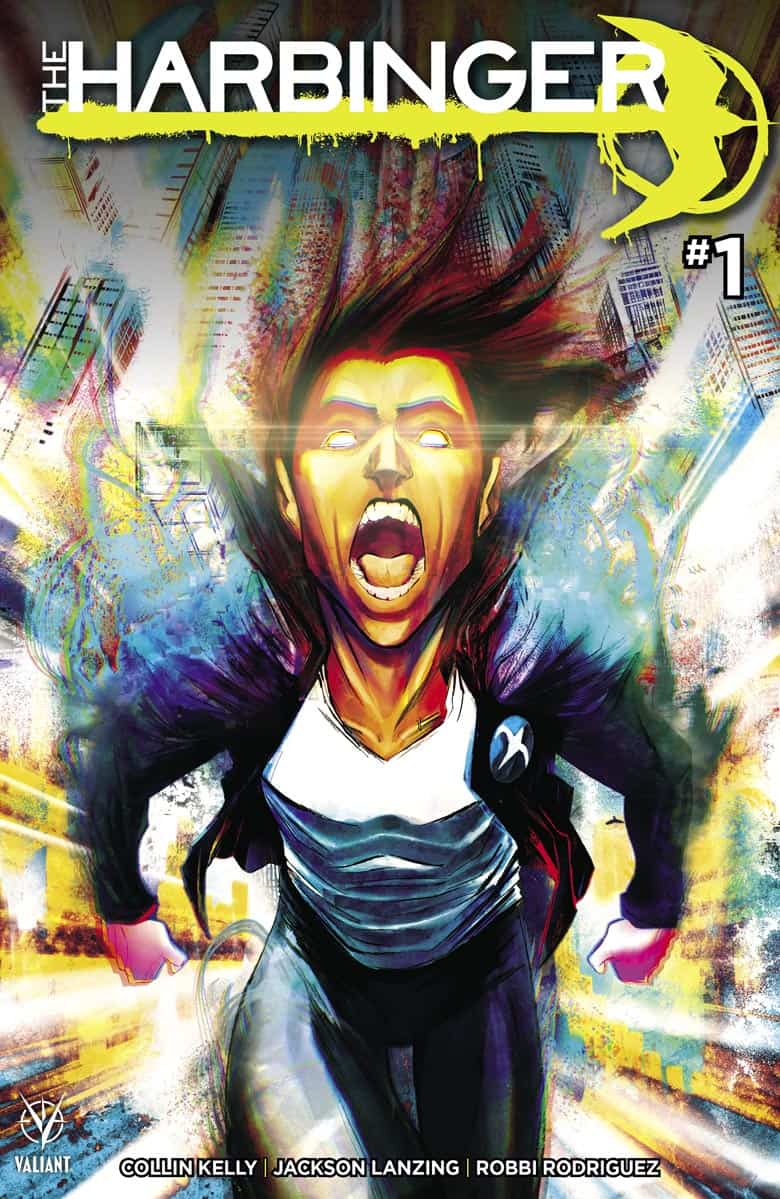 Cover A by ROBBI RODRIGUEZ 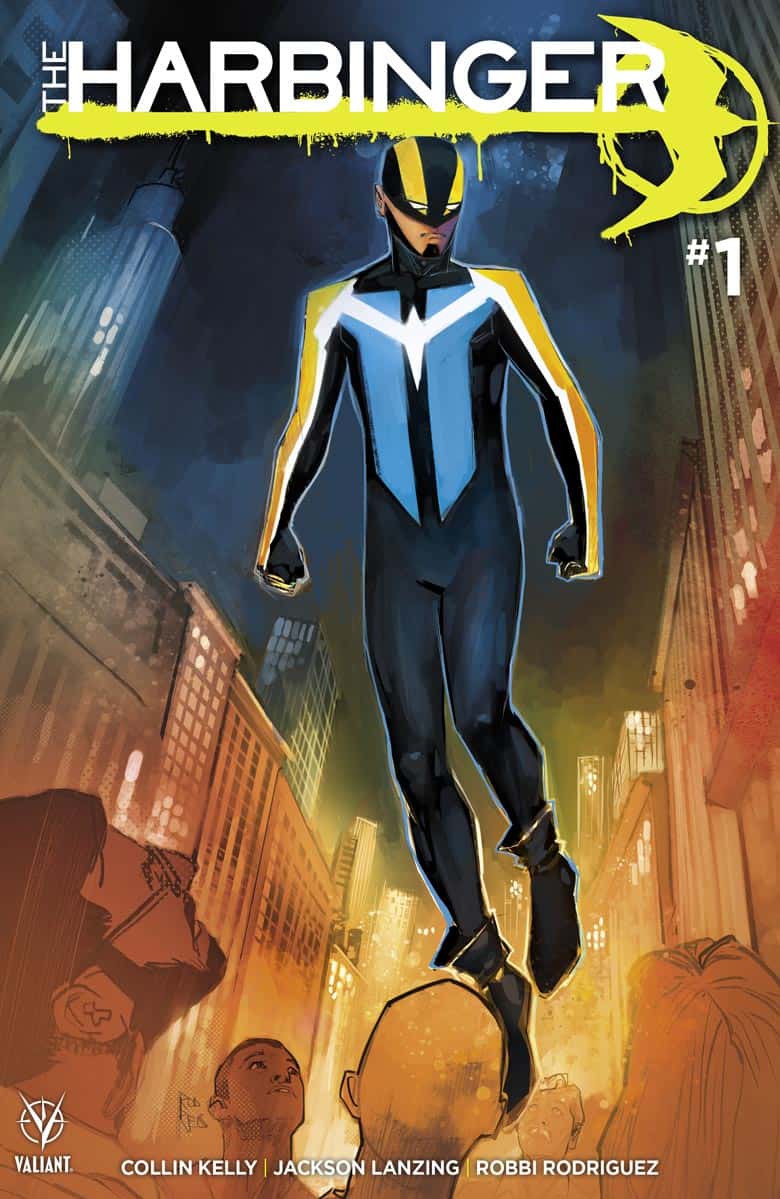 Cover B by ROD REIS 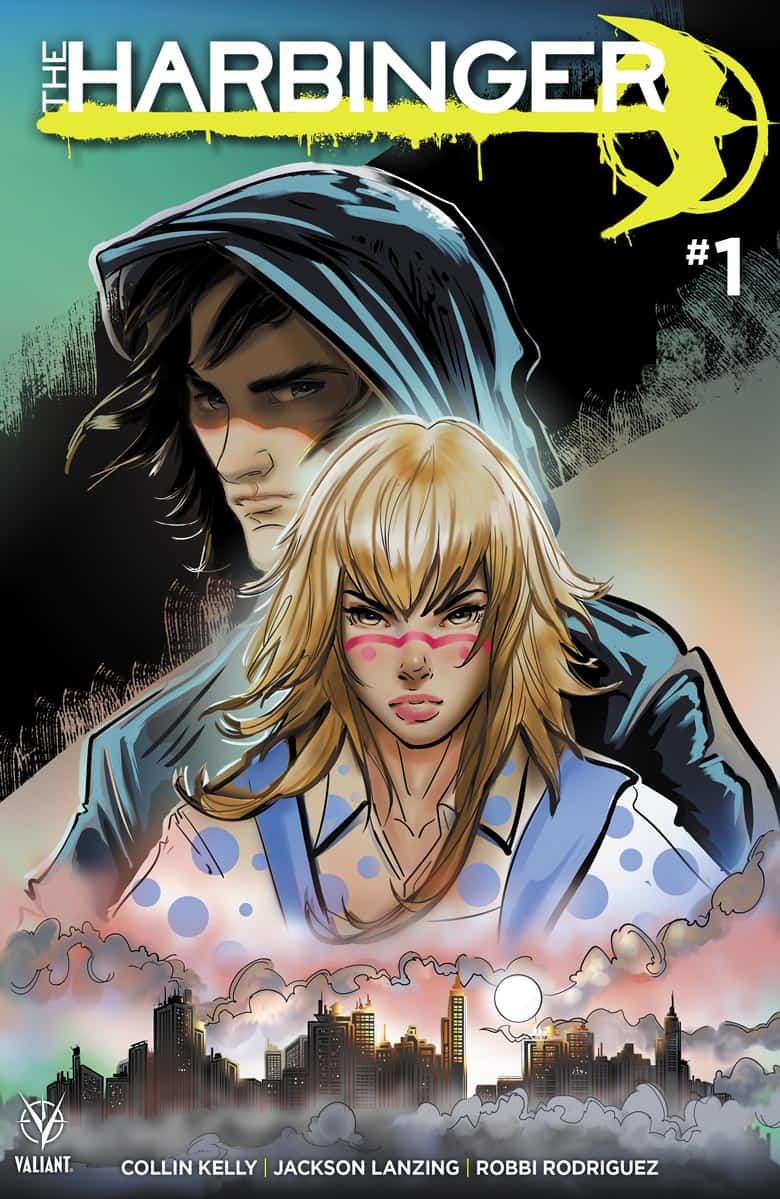 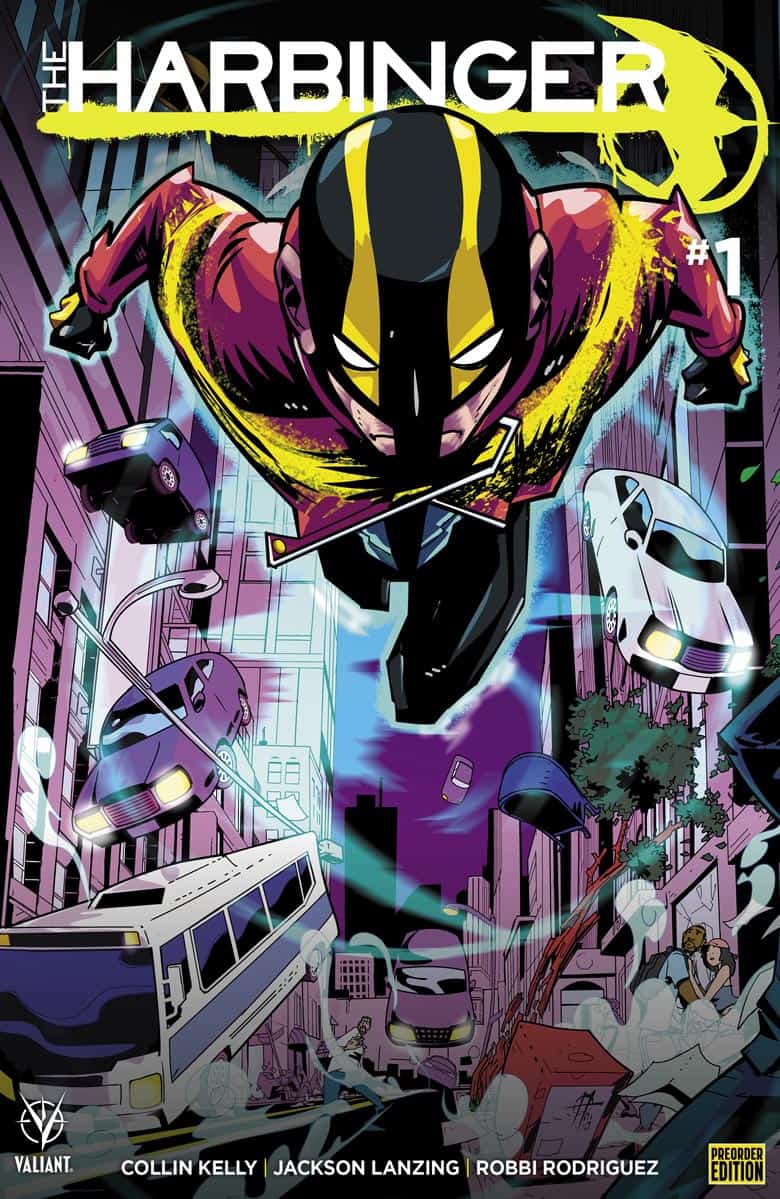 Can you make the world better if you can’t be better? A telepath with no memory. A city of superpowered teenagers suppressed. Redemption. Destruction. Rebirth. A new era of HARBINGER begins here.