Straight Outta Burbank! DC announced earlier today that Frank Miller is returning to the Dark Knight series with The Dark Knight Returns: The Golden Child. Relax, it’s not Chandler Jarrell chasing Sardo Numspa around Tibet (there’s a movie reference somewhere in there). No, this Golden Child takes place three years after The Master Race and follows Carrie and Lara on their quest to battle Jonathan Kent. You can check out the full press release from DC below as well as some art from what is sure be another Miller/Batman classic. As always, make sure you keep your browser pointed to Comic Watch for all your comic news and reviews. 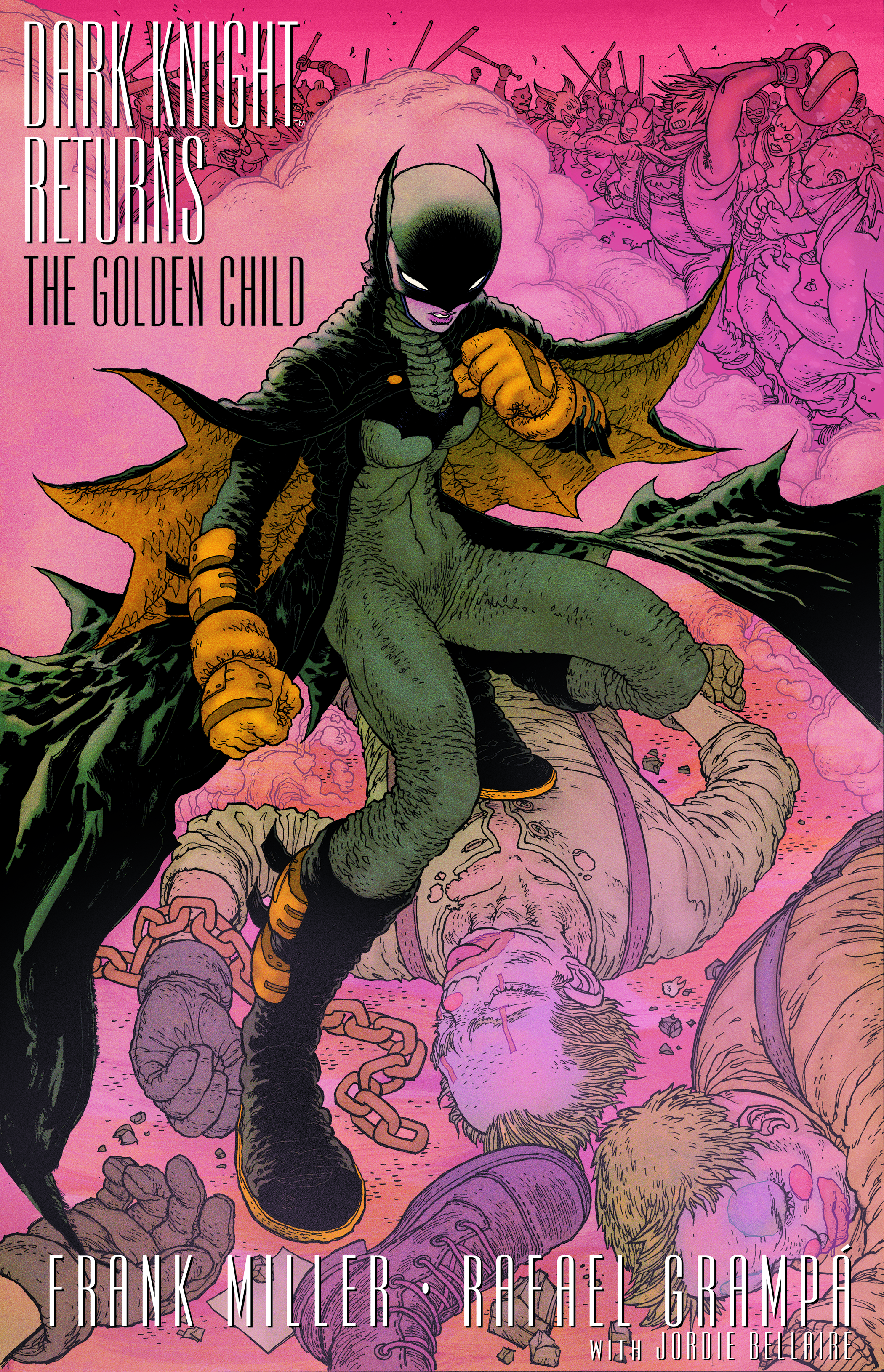 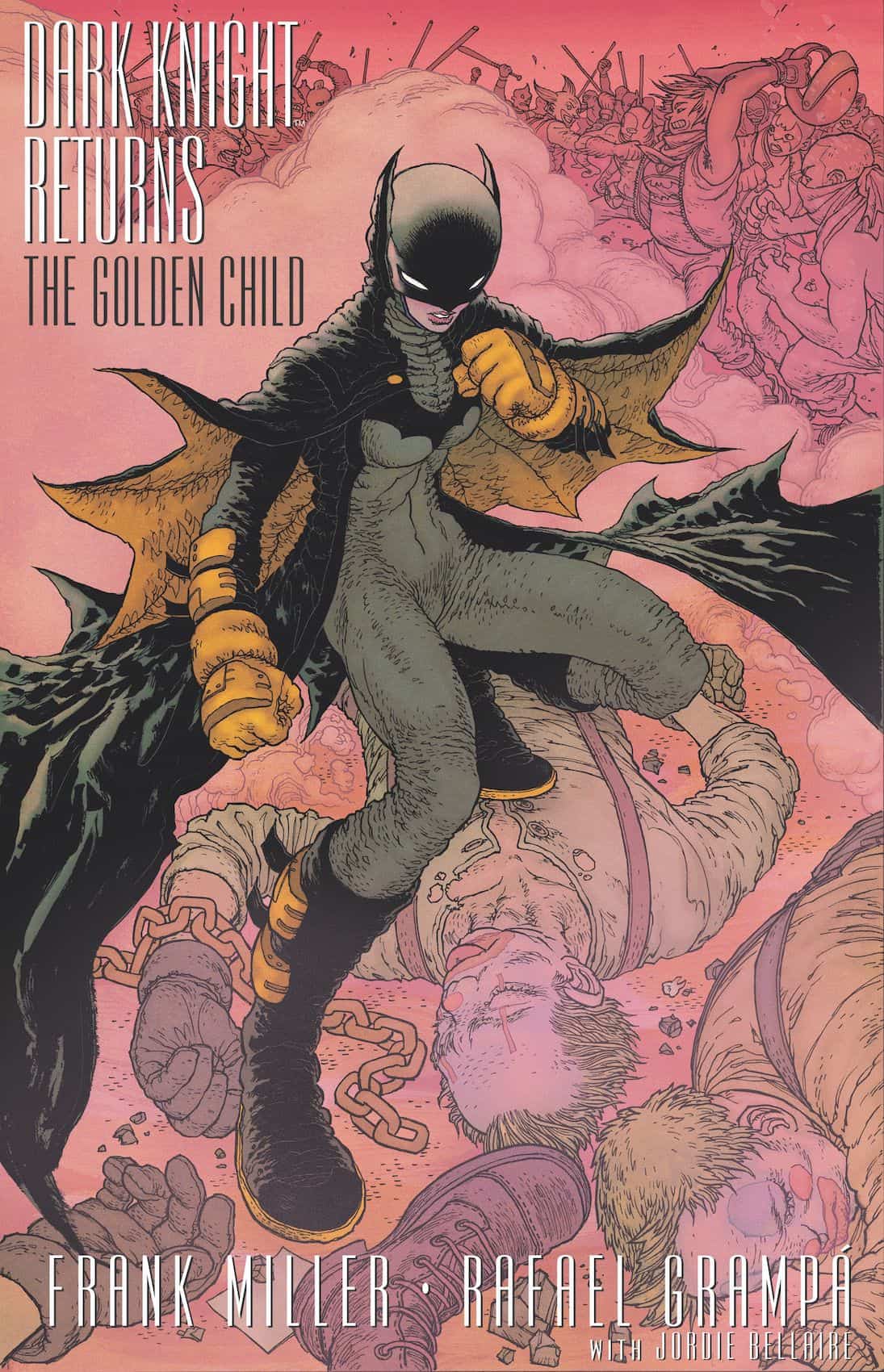 Bestselling writer and comic book icon Frank Miller will add yet another incredible chapter to his Dark Knight legacy on December 11th, as DC announced plans to publish a sequel to the acclaimed Dark Knight III: Master Race.

Dark Knight Returns: The Golden Child is a 48-page prestige format one-shot featuring art and cover by Rafael Grampá. The story takes place three years after the events of Master Race, where Batman, Superman, Wonder Woman, Carrie Kelley, and Lara Kent overcame the renegade priest Quar and his cult of Kandorian fanatics in their bid to convert humanity into worshipping them as gods. During this interim, Lara has spent time learning about what it means to be human, while Carrie has grown into her role as Gotham City’s new protector, Batwoman.

When a terrifying evil returns to Gotham City, Lara and Carrie team up to take on this new threat, but this time with a secret weapon—Jonathan Kent. Known as the “Golden Child,” Jonathan possesses power, unlike anything the world has ever seen and could be all that stands in the way of the destruction of Gotham City, as well as the whole planet. 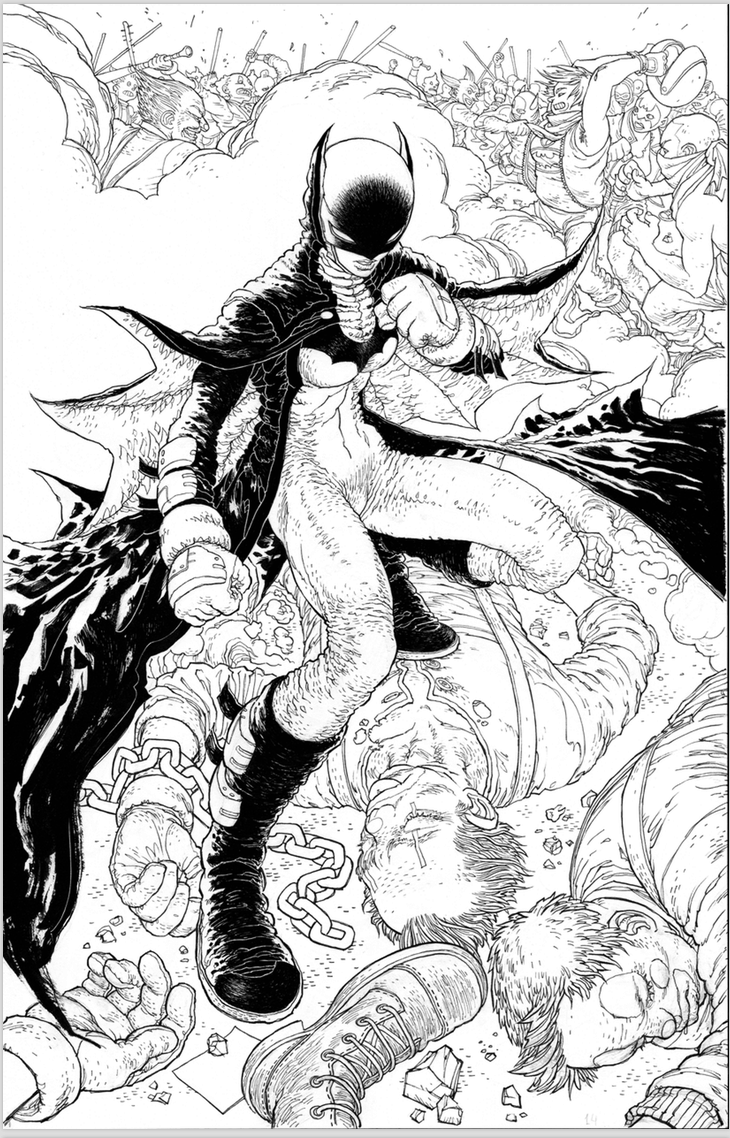 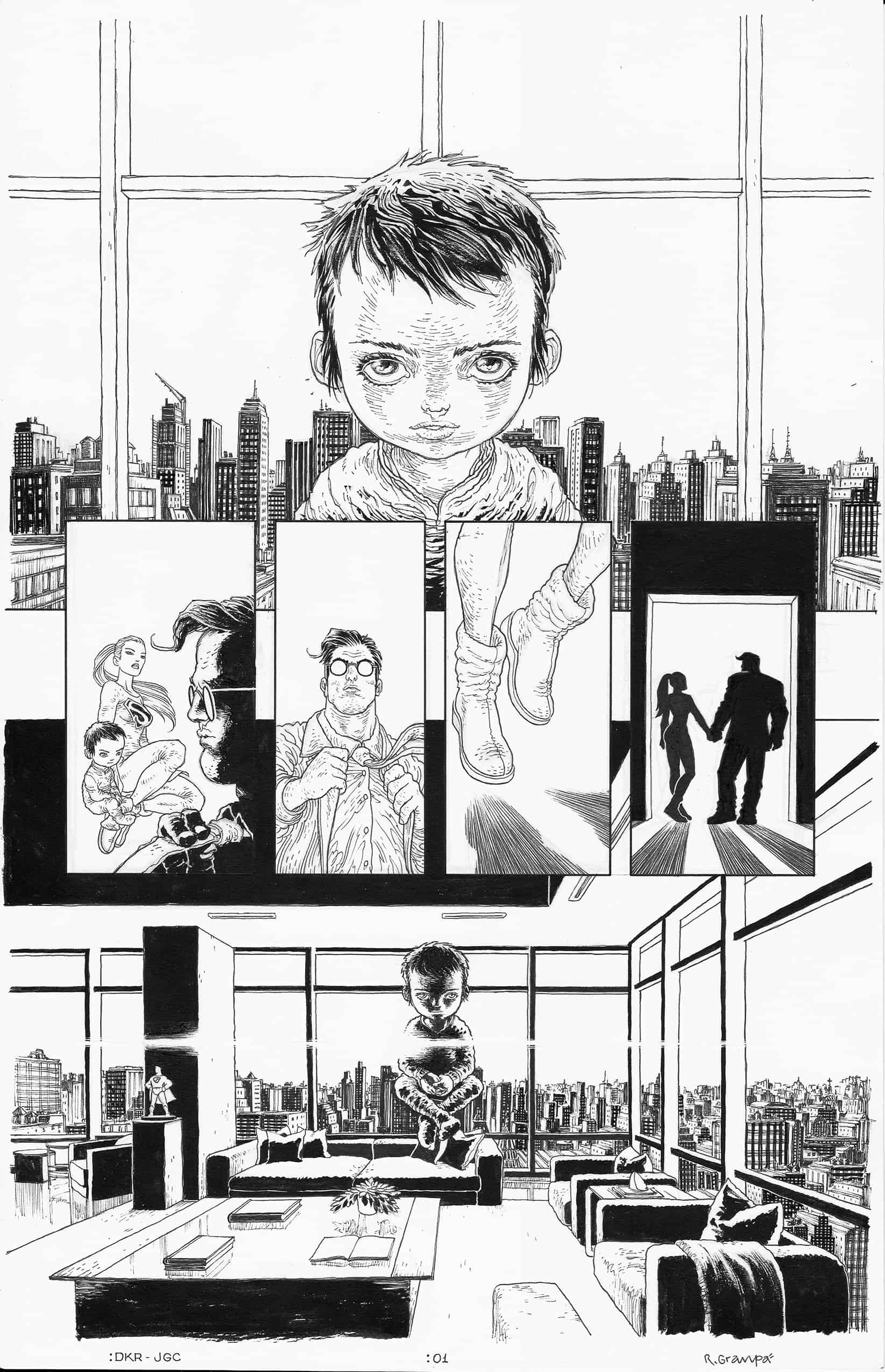 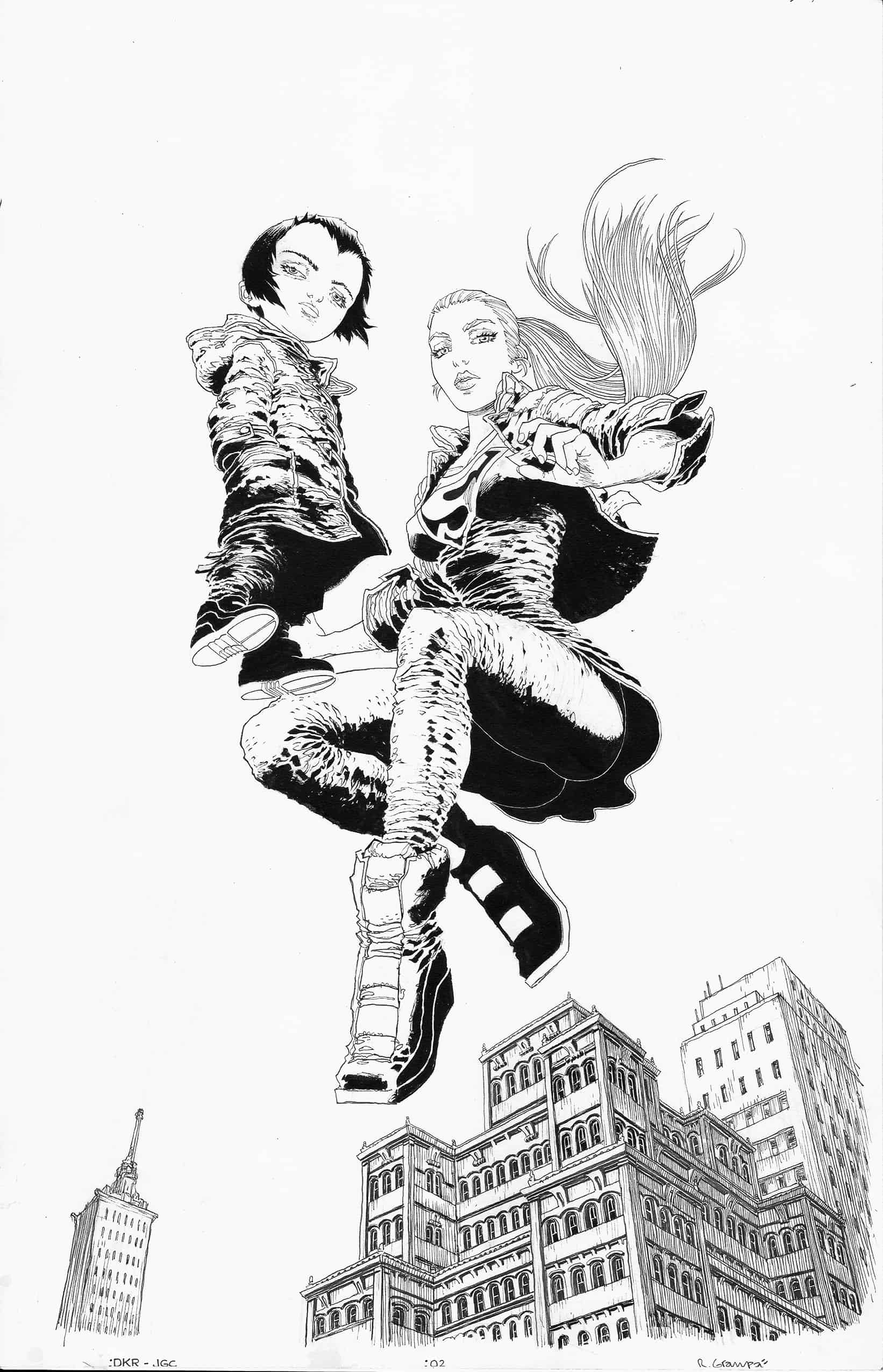 Superstar artist Grampá was handpicked by Miller for this return to the world of the Dark Knight. The mastermind behind the groundbreaking Mesmo Delivery, this incredible collaboration marks Grampá’s first comics work in six years, bringing his extraordinary detail and storytelling skills to a story that only Frank Miller could tell.

“The Dark Knight Returns story began with its heroes getting older,” said Miller. “Now we’re seeing the next generation of heroes in action, and Rafael was the obvious choice for me to usher in these heroes that are vigorous, untested and loaded with promise. I think that Jonathan Kent, in particular, will surprise everybody with his unforeseen abilities and impossible mind.”