“Fans of Frontiersman get excited! This is a direct continuation of his story. But he’s not the lead character here,” said Kindlon in an exclusive on the announcement with Comic Book Resources. “That position belongs to a buff royal who smashes, crushes, and rips! While Frontiersman was inspired by thought-filled books like Concrete, this series goes in its own direction and borrows from 90s anime OVAs! If you’ve missed antiheroes with chips on their broad shoulders, look no further!”

Antioch follows a king from a lost continent who enters the world of man with a purpose: to stop us from killing the planet. But when he finds himself in a superhuman prison, his title is useless and his powers only matter if they help him survive!

Ferrari added: “Antioch takes what we did on Frontiersman and turns it to 11. This series has a protagonist who is fed up and willing to go to war with the world. Villains are oversized and around every corner. Everything about this book is big.” 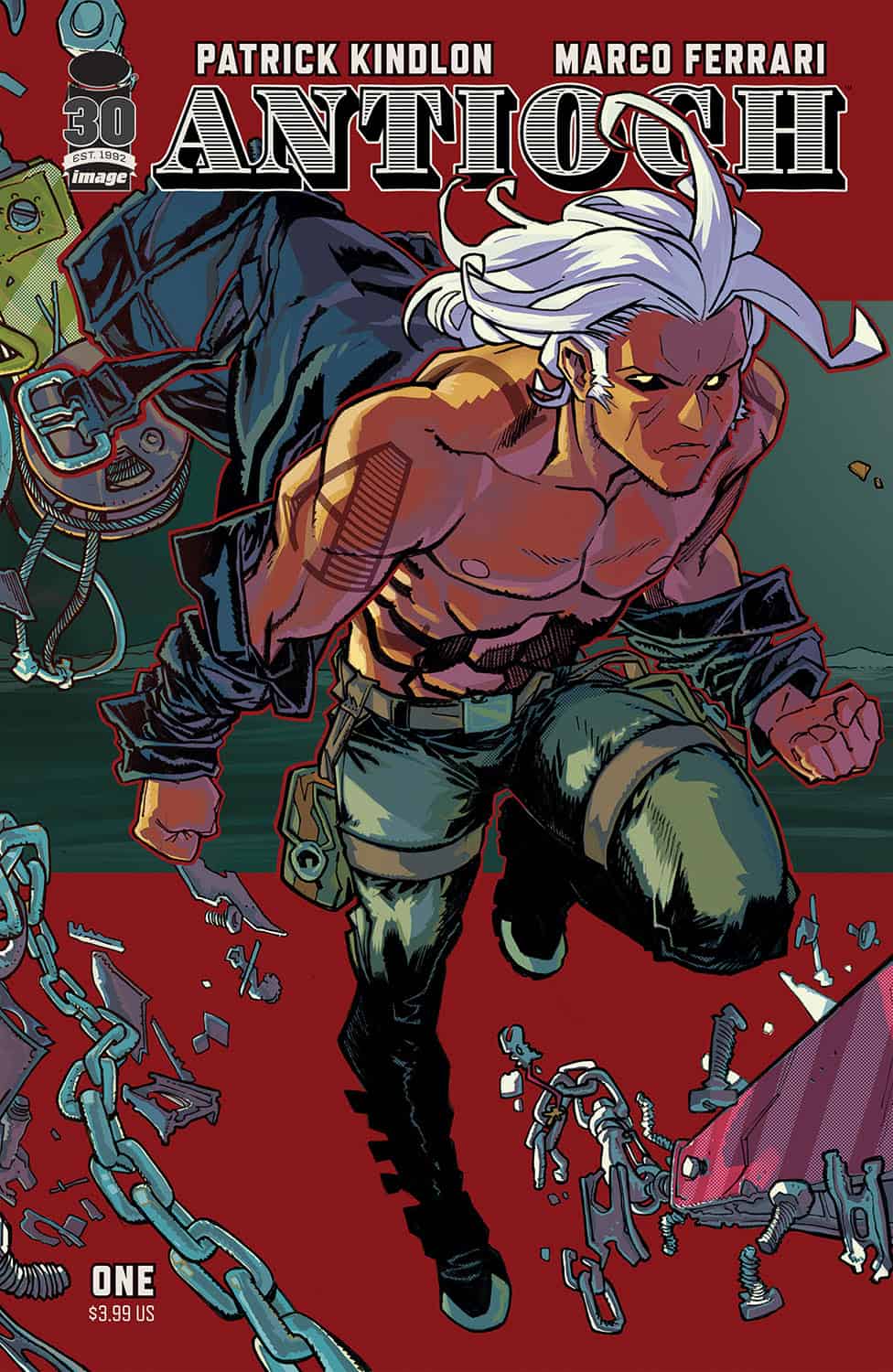 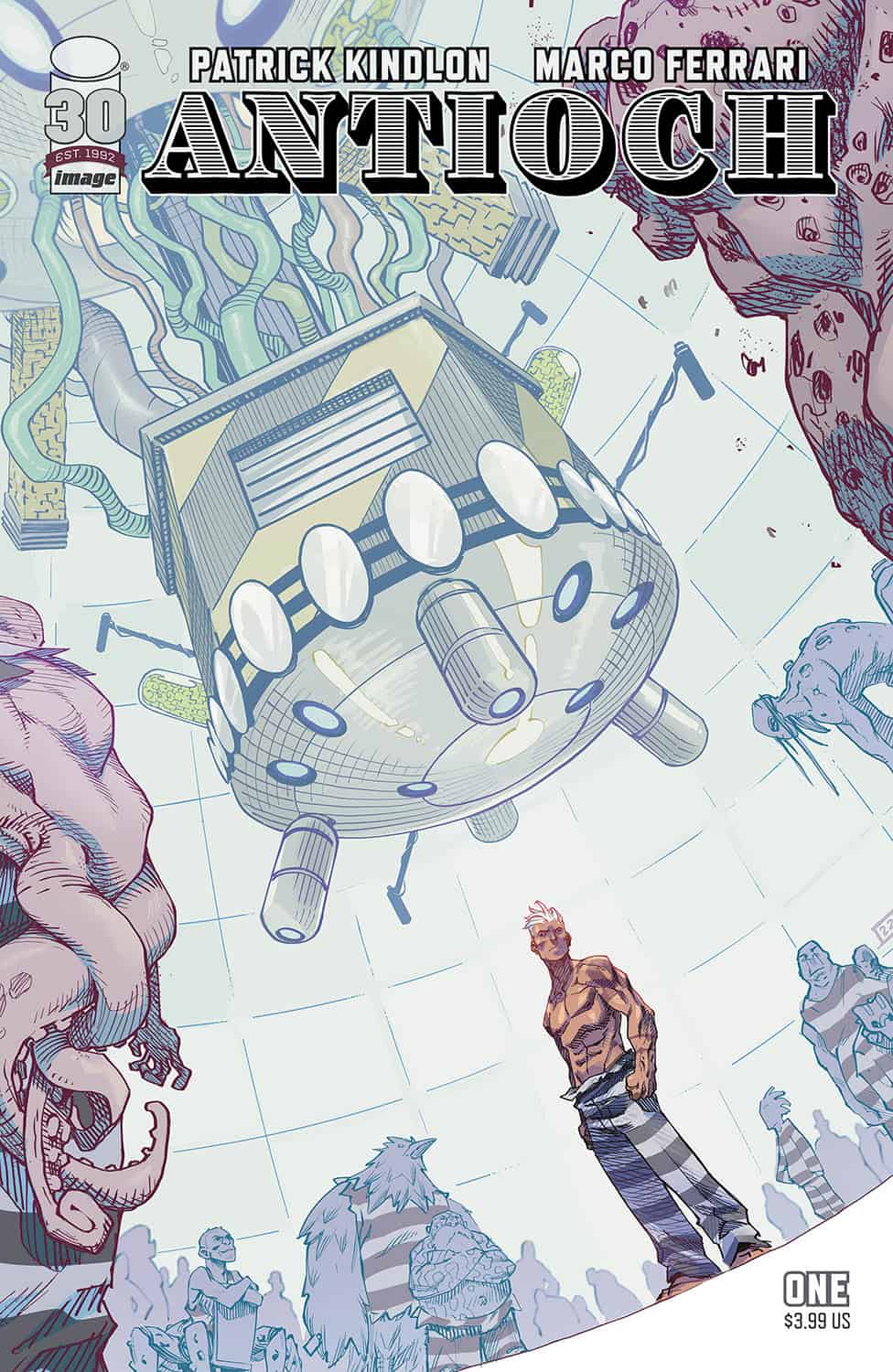 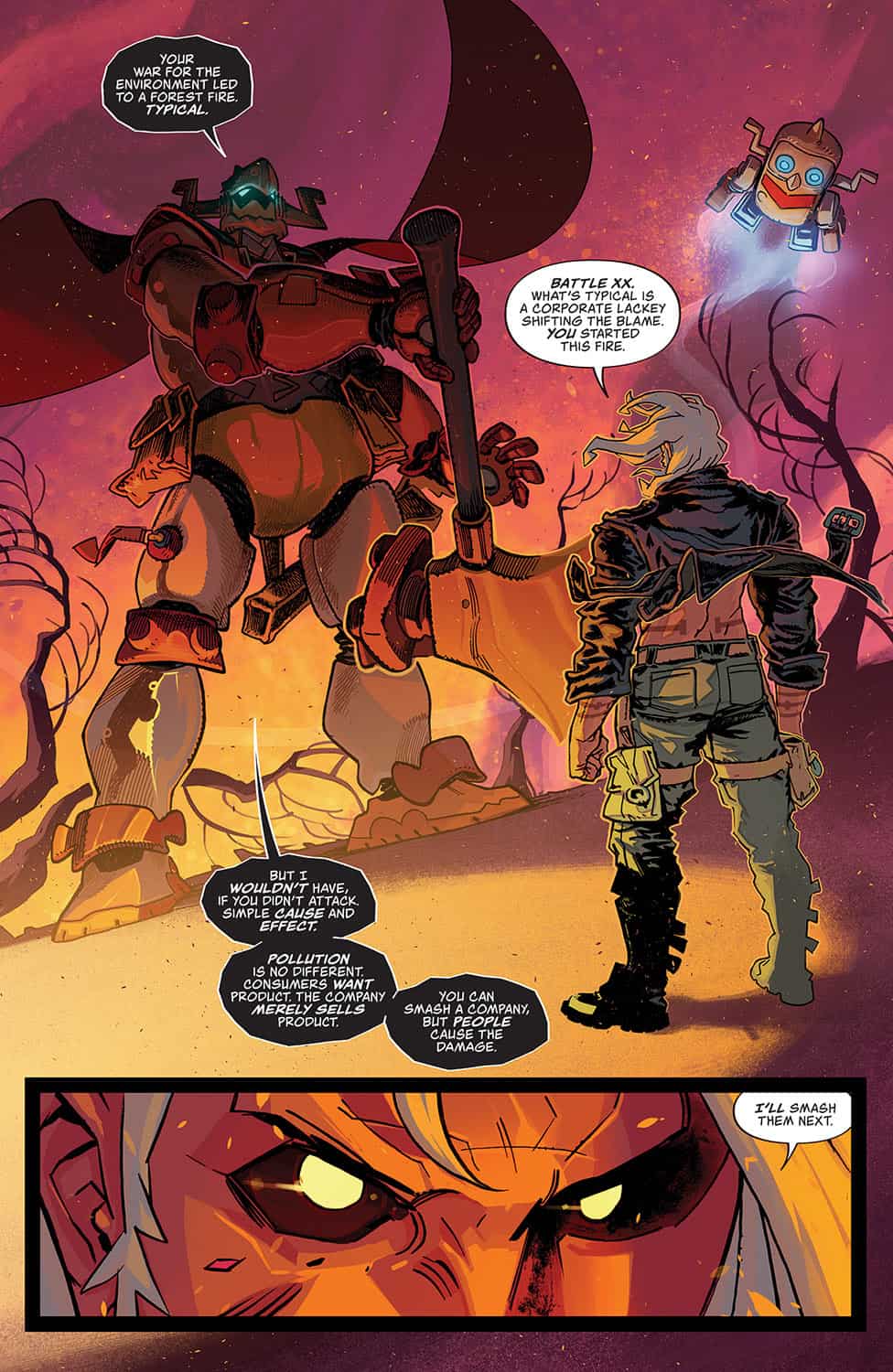 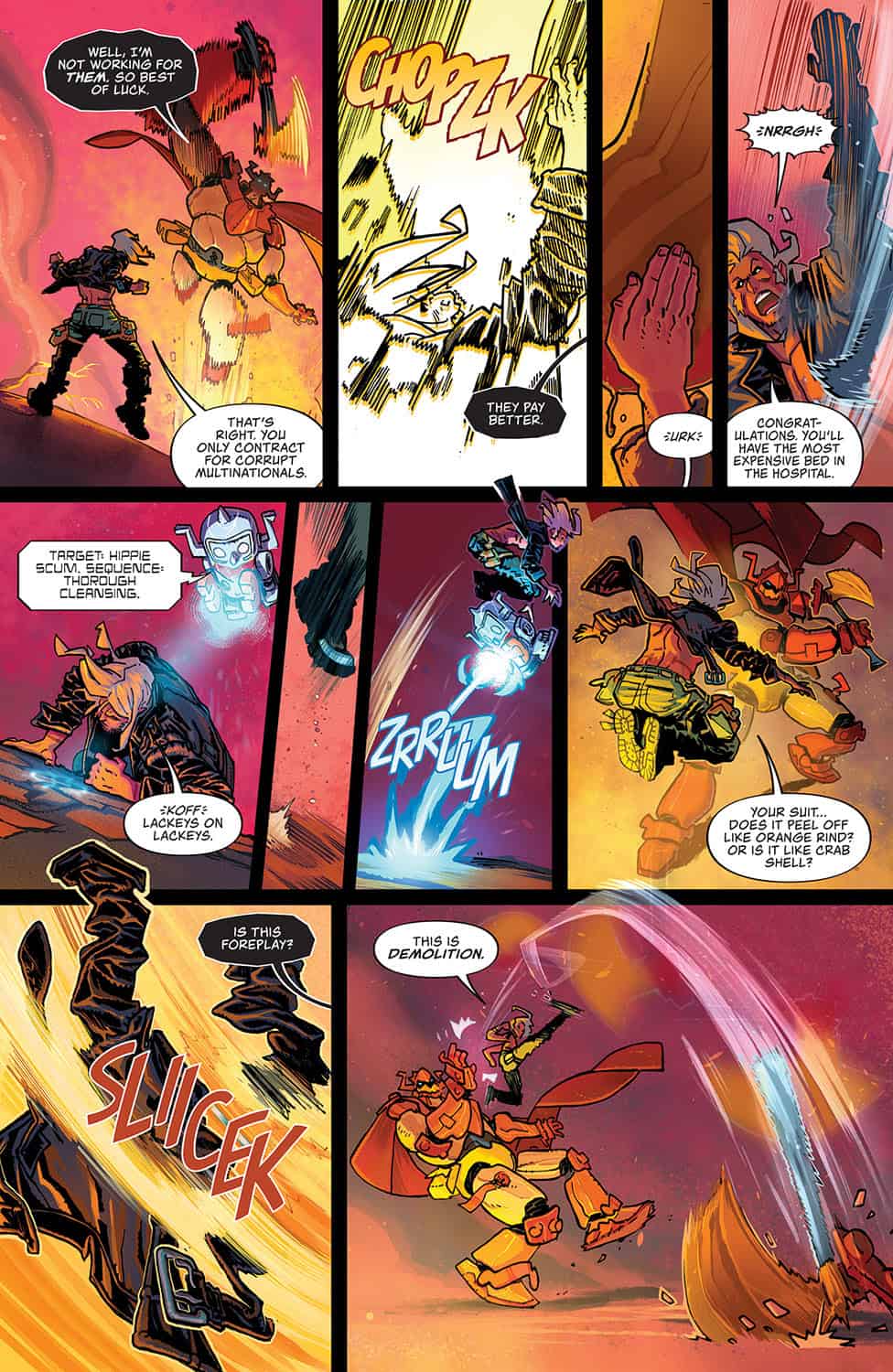 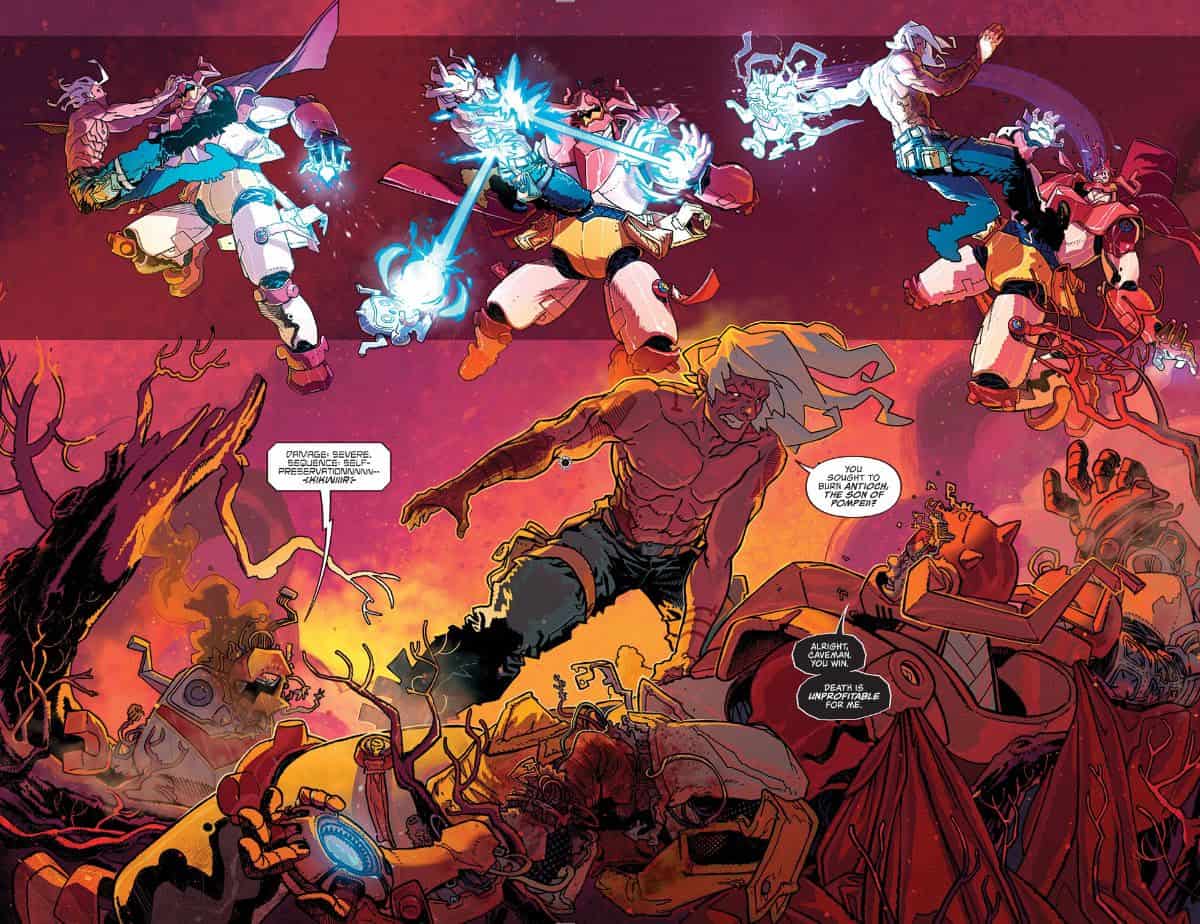 Antioch #1 will be available at comic book shops on Wednesday, September 7:

Antioch #1 will also be available for purchase across many digital platforms, including Amazon Kindle, Apple Books, and Google Play.