NEWS WATCH: Futuristic Neo-Superhero Tale in NAPOLEON FROM THE MACHINE #1, Now At Kickstarter!

Napoleon, a depressed and alcoholic unlikely hero, has the ability to manifest his drawings into reality. Before the story’s present setting, Napoleon had unintentionally created a name for himself, Kami. Napoleon From The Machine begins four years after the loss of his wife, Maggie, to a terminal illness. Deep in grief, not using his powers as much as he did at his prime, Napoleon has to face the Angels, a global terrorist group that wants to assimilate everything into their single unified country.

Jaromir J François, creator of heartfelt one-shot My Brother Teddy, teams up with artist Konstantin Vitkov-Titis and colorist Sonya Anastasova to bring us a tale inspired by grief and learning from painful situations. Jaromir tells us how he was watching Sam Raimi’s Spider-Man 2 in a moment of special difficulties, “We get to the scene where Peter is helping Aunt May pack, and there she delivers her speech about the hero in all of us and what it means I be one. I took what she said to mean when people fall, we learn from it, we grow and get back up.”, and how that inspired this creative-driven, independent effort of a new and promising creative. With his love for comics in mind, Jaromir based Napoleon’s abilities on TMNT‘s Kirby, a tribute to the late Jack Kirby.

You can go to Kickstarter to support Napoleon From The Machine #1. Here are some preview pages of the book: 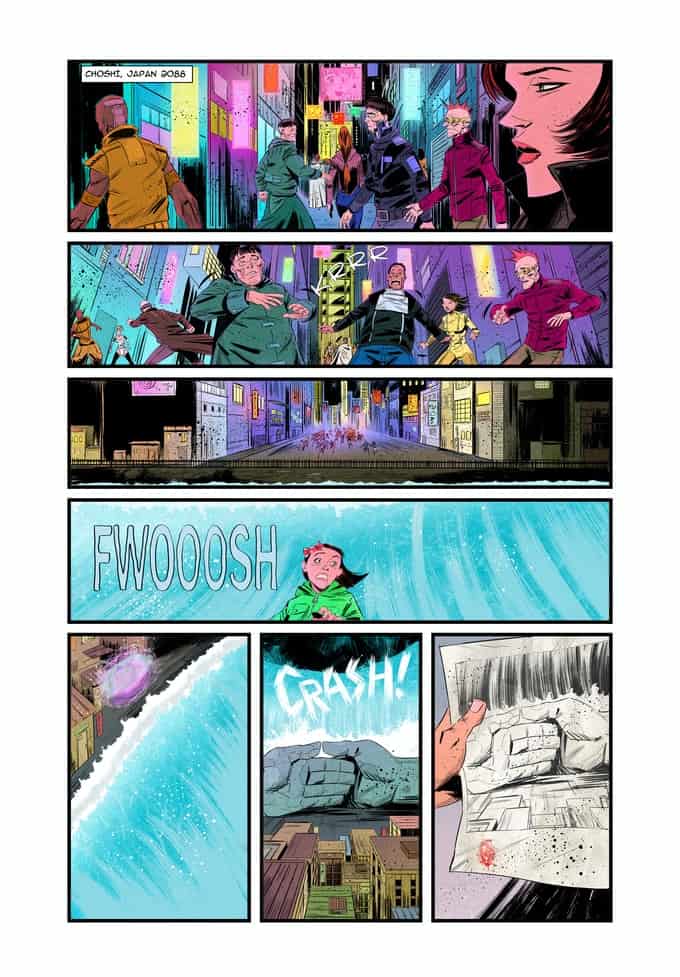 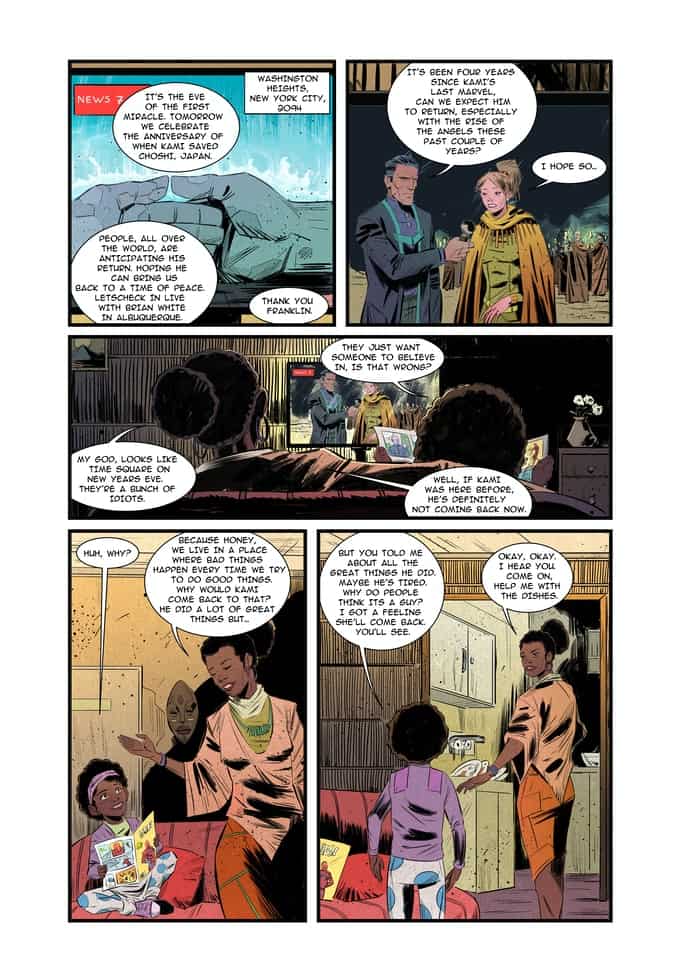 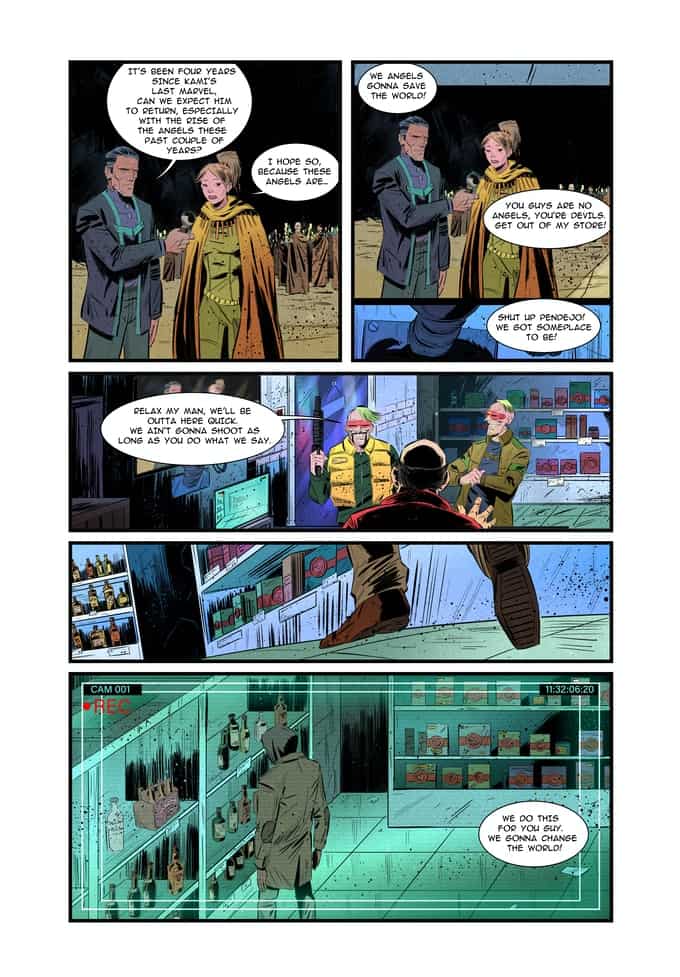 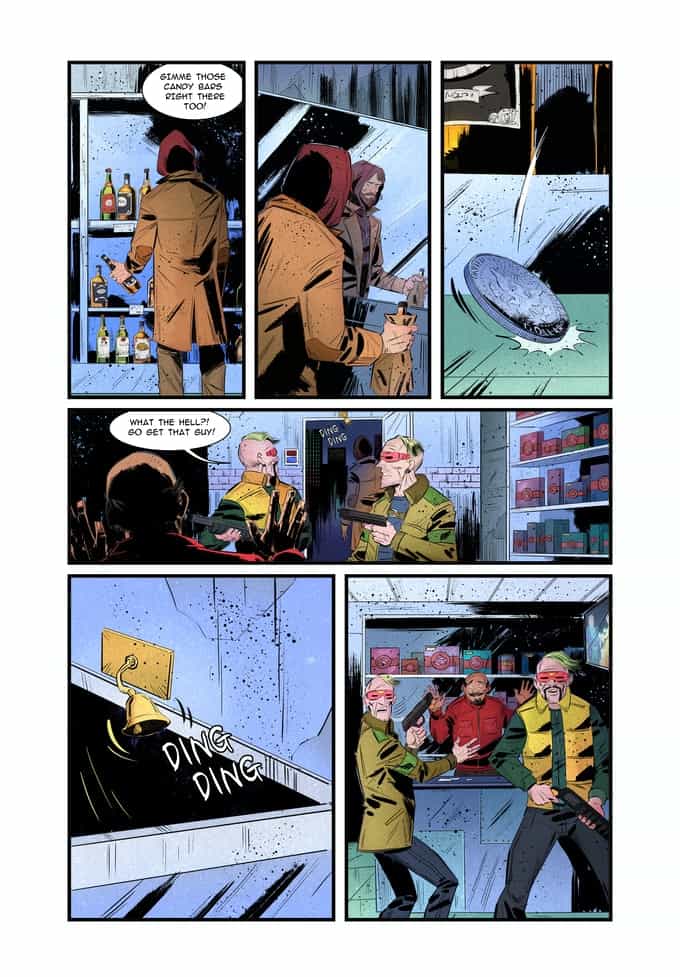 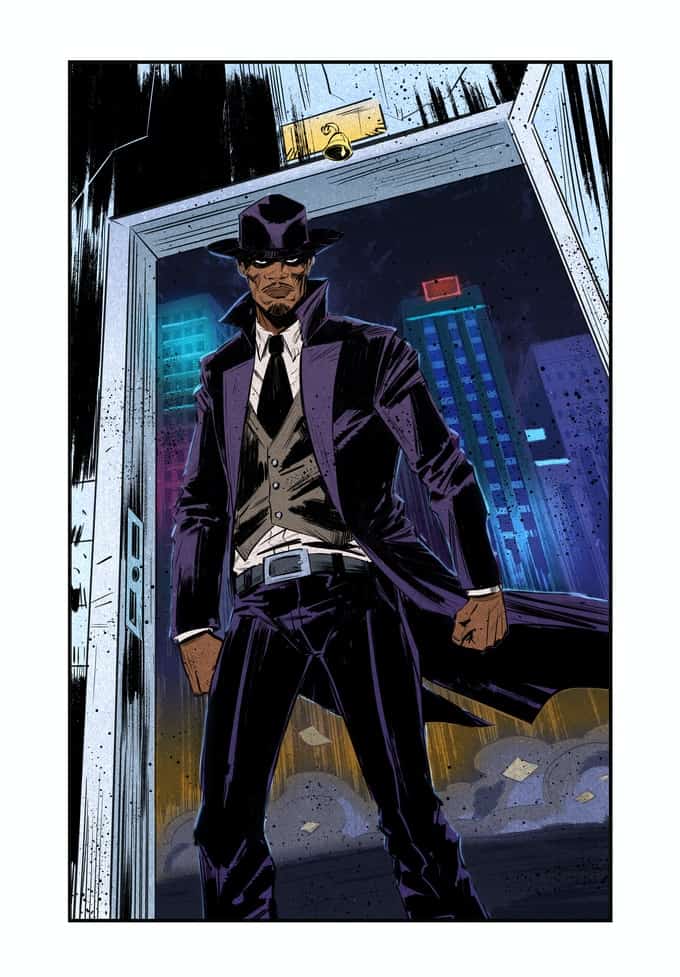 NEWS WATCH: Futuristic Neo-Superhero Tale in NAPOLEON FROM THE MACHINE #1, Now At Kickstarter!