Days before the doors open to the convention hall for this year’s pop culture spectacle of New York Comic Con, Lion Forge announces Gail Simone to attend the show to debut Catalyst Prime: Seven Days, the widely anticipated event which will determine the future of comics’ most diverse and inclusive superhero universe! 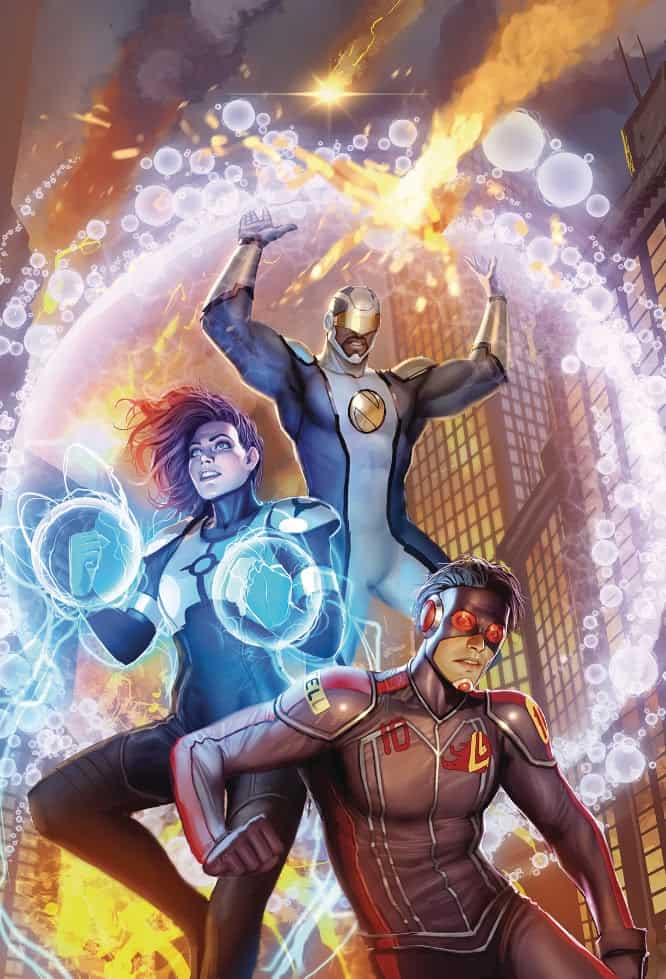 In comic shops everywhere this week, legendary comic book scribe and Catalyst Prime Universe architect Gail Simone unleashes Catalyst Prime: Seven Days; a series that will unite the heroes of the CPU for seven issues that count down the days of a week that may be the final one in the history of humanity.

To celebrate, Gail Simone will attend New York Comic Con, where she will be signing daily in the Lion Forge/Oni booth (2028) at the below times:

Outside of those times, fans can catch her at her table in artist alley (J-34), where she will be signing copies of Seven Days throughout the show!

“This story is everything I love about superhero comics, thrilling conflict, horrible villains, great characters, terrific art by Jose Luis and Jonas Trindade, and twists and turns that feel like a knife in the guts” says Gail Simone. “I am so thrilled to be telling this story, that stands as not just the first huge Lion Forge event book, but also a powerful introduction for newer readers. If you loved VILLAINS UNITED or SWORDS OF SORROW, this has that feel, that anything could happen, and ALL the players are at risk.”

Lorena Payan was the first to realize a meteor was hurtling towards Earth two years ago. Now, she’s the first to realize the Earth is in danger once more from something equally cosmic but far more sinister. As a mystery figure dubbed, the Obsidian Men, begin appearing silently all over the globe our heroes Noble, Summit, and Accell join together to investigate, kicking off this seven-issue series.

Simone concludes “It’s beautifully drawn, it’s fun, it’s exciting, I could not be prouder to be part of this event. Come give us a try, no prior knowledge needed! Big things are coming from Lion Forge and it all starts HERE!”

Catalyst Prime: Seven Days is written by Gail Simone, with art by José Luís (Teen Titans), and will debut on shelves of finer comic book shops everywhere this Wednesday. Don’t miss her this week at New York Comic Con!

Remember to keep an eye out for our review coverage of this exciting comic event!