There is a longstanding tradition of celebrities teaming up with comic creators to bring their ideas to the comic page, and M.O.M.: Mother of Madness is just the latest installment. M.O.M.: Mother of Madness is from the creative mind of Emilia Clarke, the star of Game Of Thrones, who has teamed with writer Marguerite Bennett for the upcoming three-issue series from Image Comics.

According to Clarke, M.O.M.: Mother of Madness is the story of a single mom named Maya who discovers she possesses freakish superpowers and decides to use them to take on a secret cabal of human traffickers. Along with her co-writer Bennett, whom Clarke considers her “comic guru” the two built an all-female creative team for the series including illustrator Leila Leiz, contributor Isobel Richardson, and cover artist Jo Ratcliffe.

Though Bennett is helping on the series, Clarke crafted most of the material herself, from Maya’s backstory to the design of her costume, such as Maya’s mask, as seen on the cover, is reminiscent of the signature balaclavas of the punk Russian protest band, Pussy Riot.

In an interview with Entertainment Weekly, Clarke described the series as a blend of Deadpool-esque of silliness and tongue-in-cheek humor, that is combined with a current feminist sensibility explored in an extreme genre-bending atmosphere. Clarke also said about her new project:

“We’re always calling mothers superheroes, and I’m like, what if they were? What if they legitimately were superheroes? Maya has had a very hard life, and she finds herself in a place where everything that makes her unique, she hates and is ashamed about. It’s only in the discovery of her powers that she finds her true acceptance of who she is.”

Clarke also said about the series protagonist and her powers:

“There’s many, many things that she can do that are pretty cool. She can do a lot of stuff at certain moments in her month. She can do all of these wicked things, but they all come from the fact that she is a woman who has a menstrual cycle. I thought it would be cool to have all the things that women don’t like about themselves, flip that, and make those the things that make her superhuman.”

Clarke, a self-described “fangirl” of superhero comics and movies,  says that t she often felt shut out of that world because of her gender — in some cases, literally.

“My brother was a comic nerd [growing up], and I wasn’t allowed in the shops! I wasn’t allowed to go in with him, because I was the loser little sister. And the moments that I was allowed in, there weren’t a lot of women on the covers, and there weren’t a lot of women in the shops. So I didn’t feel safe to explore it at that age.”

Also saying that years later, though, the landscape hadn’t changed much.

“Cut to me at Comic-Con, and I’m there going, ‘I’m still not seeing a lot of women. I’m still not seeing women that aren’t in Lycra reflected back at me. Are there any women out there that are superpowered, but aren’t in a skintight costume? Not that I can see.’ That’s what led me to the ‘Wouldn’t it be funny if…’ conversation.

“It’s been a very beautiful female experience in the creation of it, and a phenomenally creatively fulfilling process. But the biggest reason why I wanted to make this comic is because I wanted young girls to look at a woman that was fallible. Obviously, you’re seeing that a lot in the industry; you’ve got all of these incredibly empowering female shows. But I just felt like I hadn’t seen it in this genre.”

“I think back to my younger self and I think, if I was allowed in that comic book store, and I got to see a version that I felt like I could relate to on some level, I would have been absolutely in. It’s a very personal experience that everyone has with comics. These are characters that people are passionate about, and care about deeply, and relate to. I wanted to throw a new character into the mix, and see if people related to her in a way that was impactful to them.” 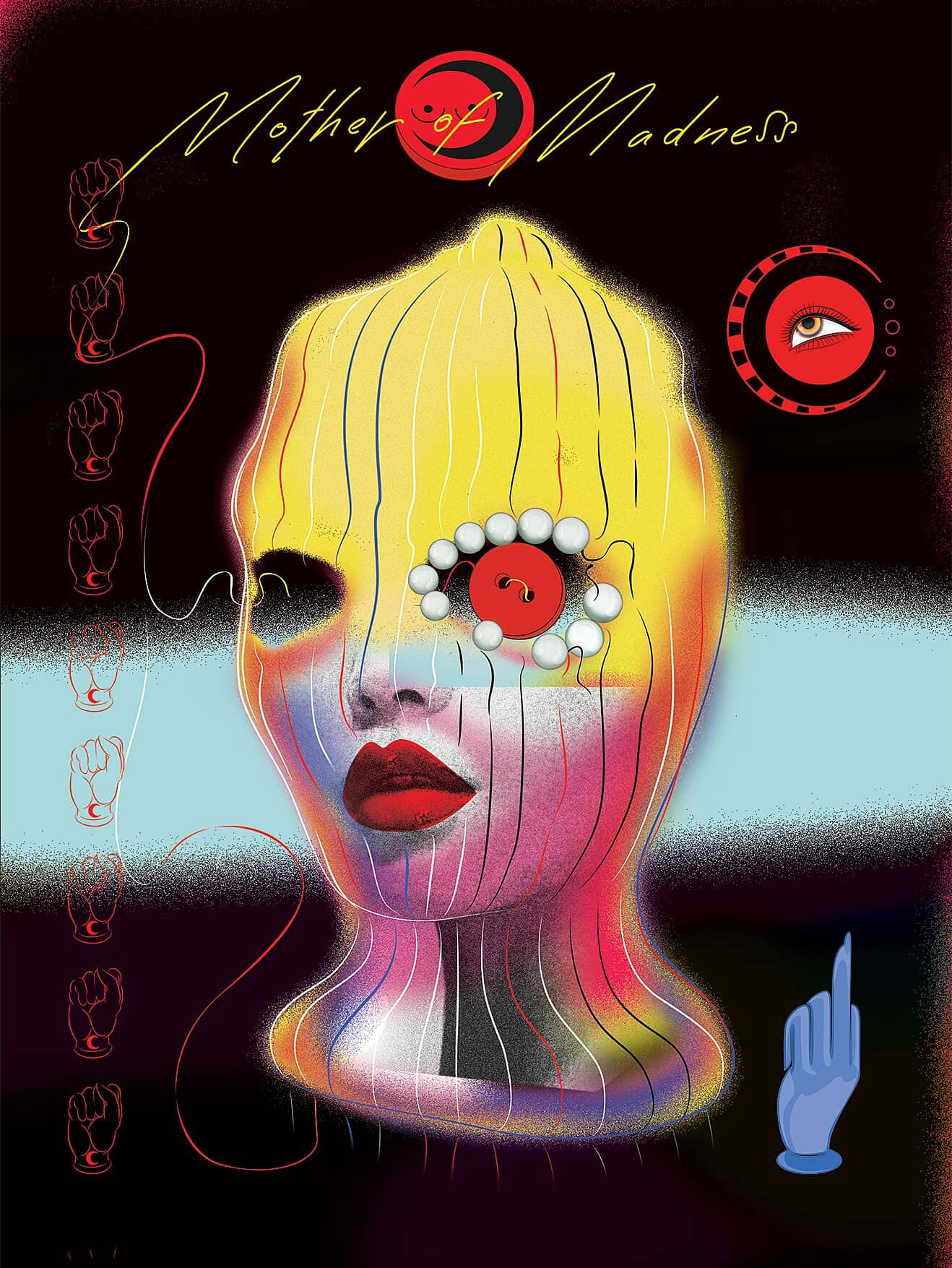 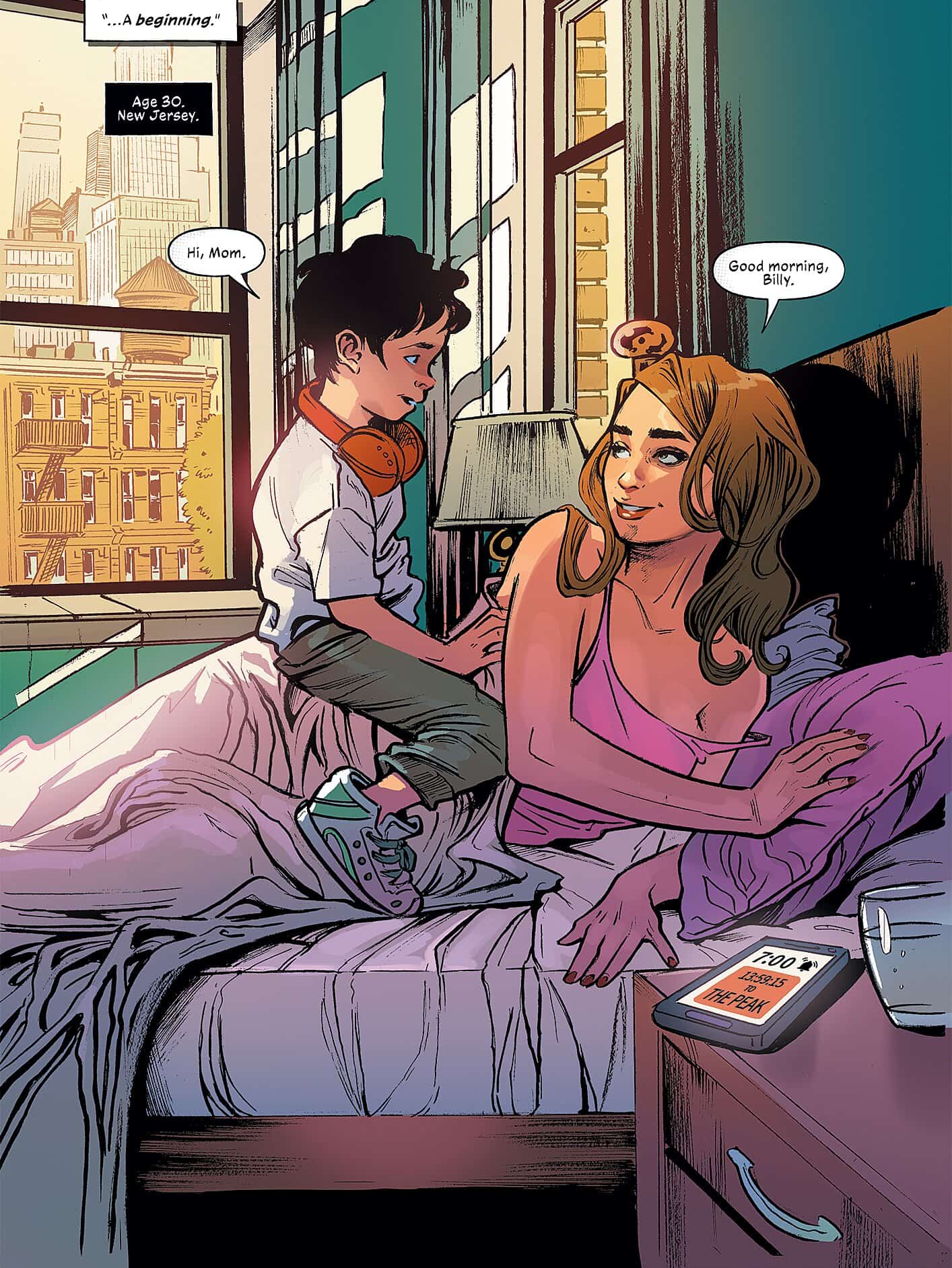 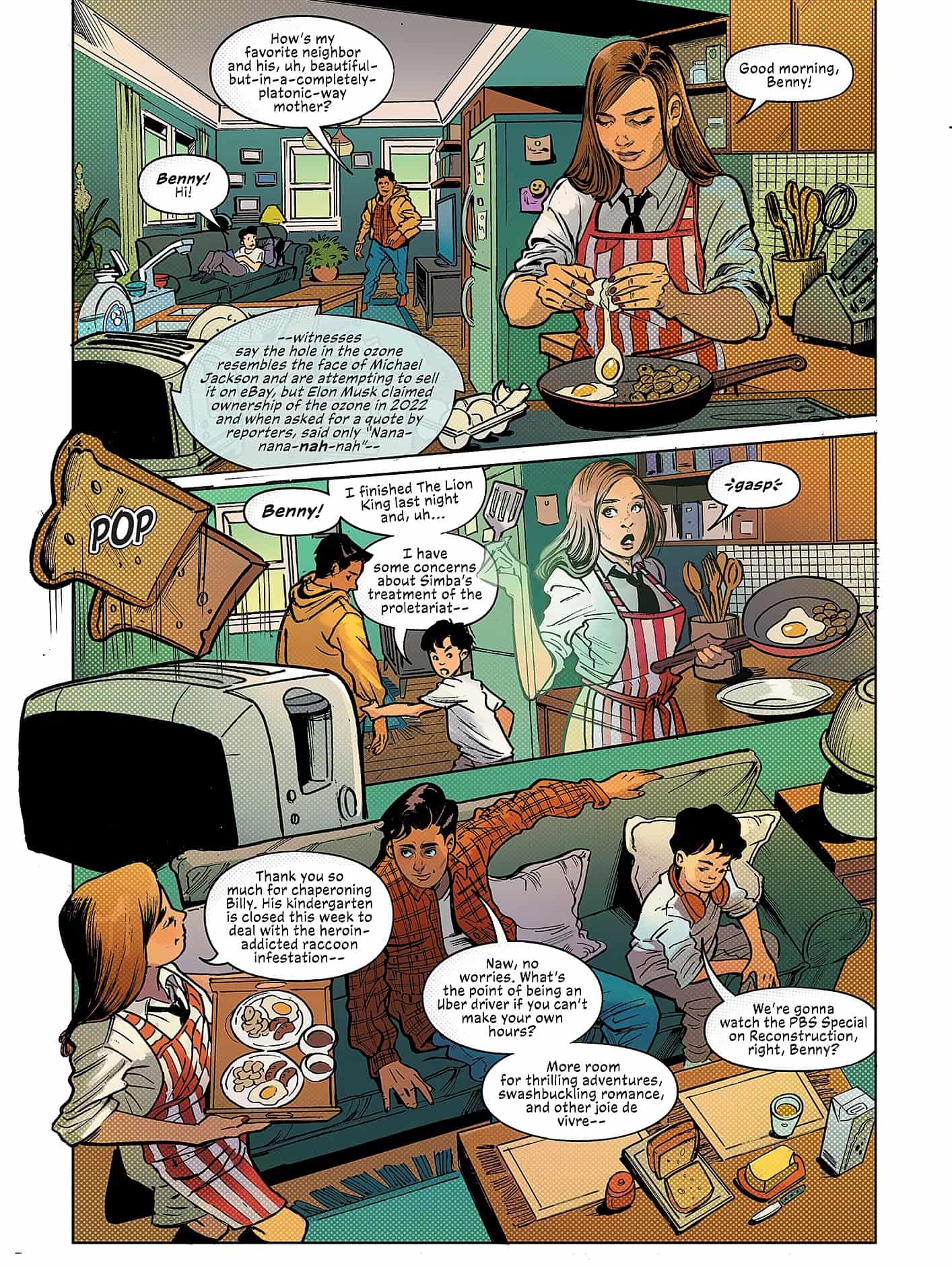 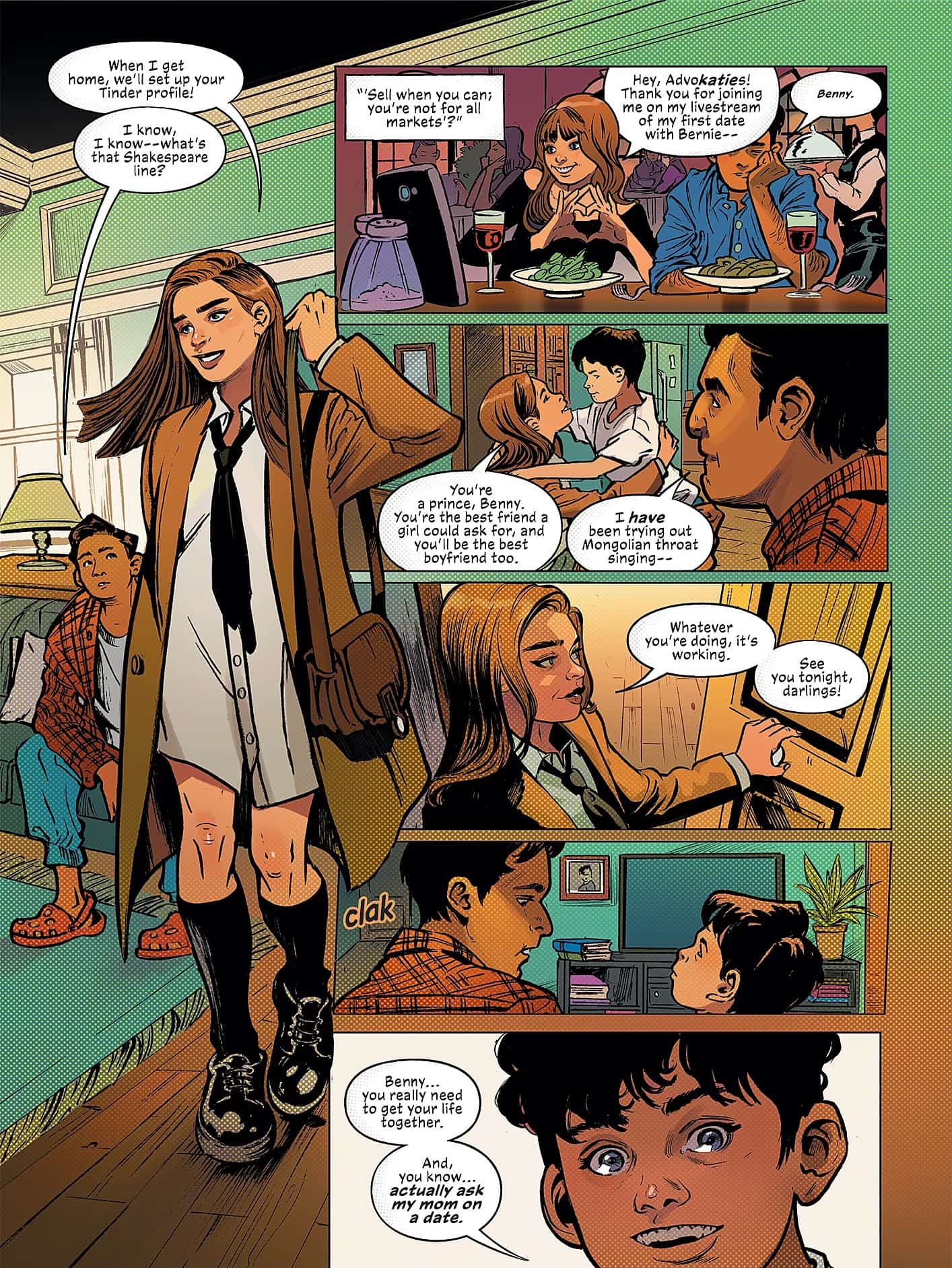 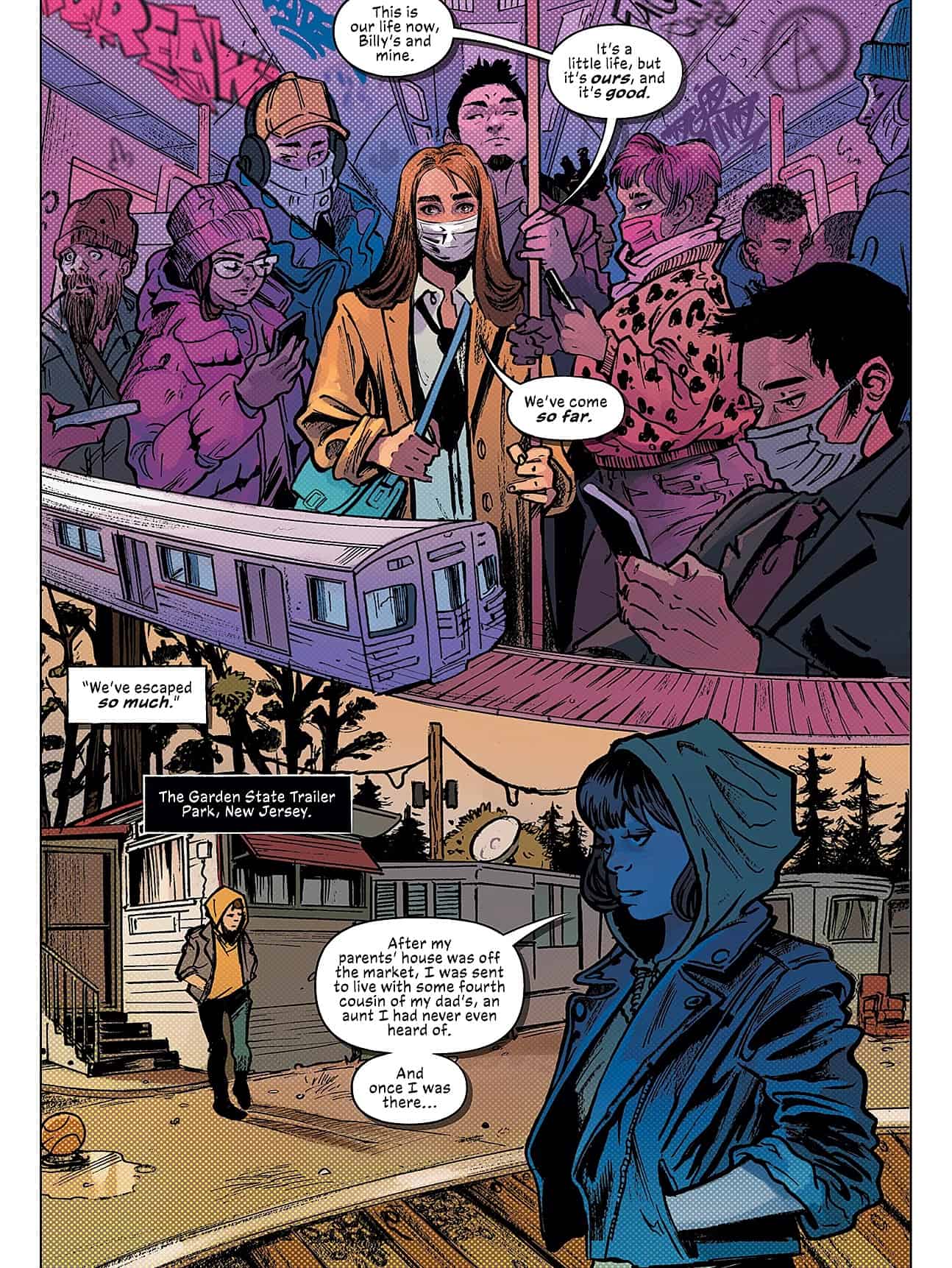 Emilia Clarke also recalled how the idea for the series began as a joke: