Crafted by writers Jim Zub (Conan the Barbarbian, Avengers: No Surrender) and Ray Fawkes (One Soul, Constantine), this five-part series will plunge readers into the darkest depths of Arcade’s Murderworld, the classic location that’s caused mayhem in the Marvel Universe for decades! Overloaded with gut-wrenching twists, unbelievable deaths, and bloodied and bruised Marvel heroes, this unpredictable story will reveal just how deadly Murderworld truly is and uncover shocking truths behind the countless victims that have found themselves trapped there.

Zub and Fawkes will be joined by a murderer’s row of talented artists throughout the series starting with Jethro Morales. The wildly violent ride will kick off in MURDERWORLD: AVENGERS #1 and then continue in one-shots starring Spider-Man, Wolverine, and Moon Knight before exploding in typical Murderworld fashion in a dramatic finale issue!

READY. SET. DIE! Hundreds are killed every year in an elaborate secret tournament run by a sadistic man with nearly limitless resources at his fingertips. It’s not an urban legend. It’s not a myth – MURDERWORLD is real! It’s online, and the gruesome truth has been hidden from everyone except its victims – until NOW. Meet Paul Pastor, the extraordinary young documentarian who’s going to expose it all…with some super-powered help, starting with the Avengers! In MURDERWORLD: AVENGERS, the Black Widow has a personal grudge to settle with Murderworld mastermind Arcade – but can she stop this game before it kills again?

“When I first saw Murderworld in an issue of Uncanny X-Men, I was fascinated by its colorful corniness mixed with deception and violence,” Zub explained. “Many years ago, Ray and I chatted about a twisted thriller-survival story set in Arcade’s deadly playground and now, starting with MURDERWORLD: AVENGERS, we’re finally getting the chance to unleash it!”

“Murderworld is one of those stealthy, ultra-compelling concepts that always made the Marvel Universe so fascinating to me – the gaudy, family-fun veneer slapped over a deadly threat. When Jim and I were discussing it, ideas to make it more and more frightening and exciting just kept coming to us. I’m thrilled to bring them to readers in all their horrible glory!” Fawkes added.

Be there when Arcade powers up Murderworld and raises the stakes higher than ever in MURDERWORLD: AVENGERS this November! For more information, visit Marvel.com. 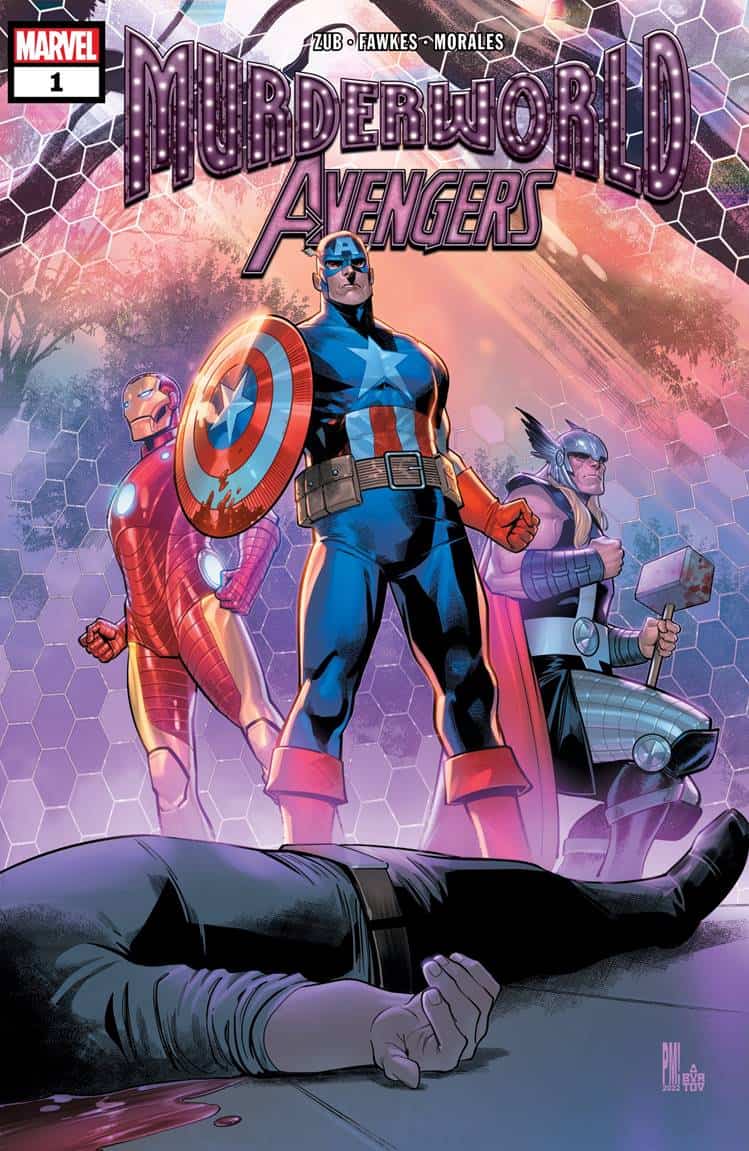