George Perez has passed away.

The artist, who had announced last December that he was ill with terminal cancer, passed away yesterday, May 6, 2022. The news was announced today by his wife “of 490 months,” Constance in a moving Facebook post:

“To all of George’s fans and friends,
Constance here, with the update no one wants to read. George passed away yesterday, peacefully at home with his wife of 490 months and family by his side. He was not in pain and knew he was very, very loved.
We are all very much grieving but, at the same time, we are so incredibly grateful for the joy he brought to our lives. To know George was to love him; and he loved back. Fiercely and with his whole heart. The world is a lot less vibrant today without him in it.
He loved all of you. He loved hearing your posts and seeing the drawings you sent and the tributes you made. He was deeply proud to have brought so much joy to so many.
Everyone knows George’s legacy as a creator. His art, characters and stories will be revered for years to come. But, as towering as that legacy is, it pales in comparison to the legacy of the man George was. George’s true legacy is his kindness. It’s the love he had for bringing others joy – and I hope you all carry that with you always.
Today is Free Comic Book Day. A day George absolutely loved and a fitting day to remember his contributions to comics and to our lives. I hope you’ll enjoy your day today with him in mind. He would have loved that.
Please keep his wife Carol in your thoughts and again, I thank you for respecting her privacy. I remain available through the contact on the page.
George’s memorial service will take place at MEGACON Orlando at 6pm on Sunday, May 22nd. It will be open to all. Details to follow.
We will miss him always. 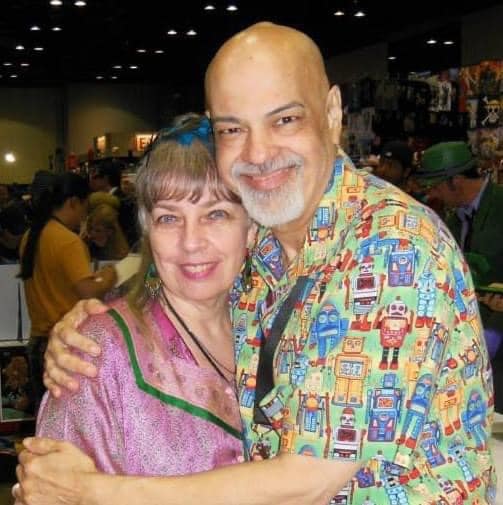 George Perez was born June 9, 1954. The son of Puerto Rican immigrants, he grew up in the South Bronx, and aspired from an early age to become an artist. His first big break in the comics industry came in 1973, working as an assistant for penciller Rich Buckler. Within the next few years, he would get his first big break as penciller of Fantastic Four, before moving to Avengers, where with writer Jim Shooter, would craft the seminal “Korvac Saga.” 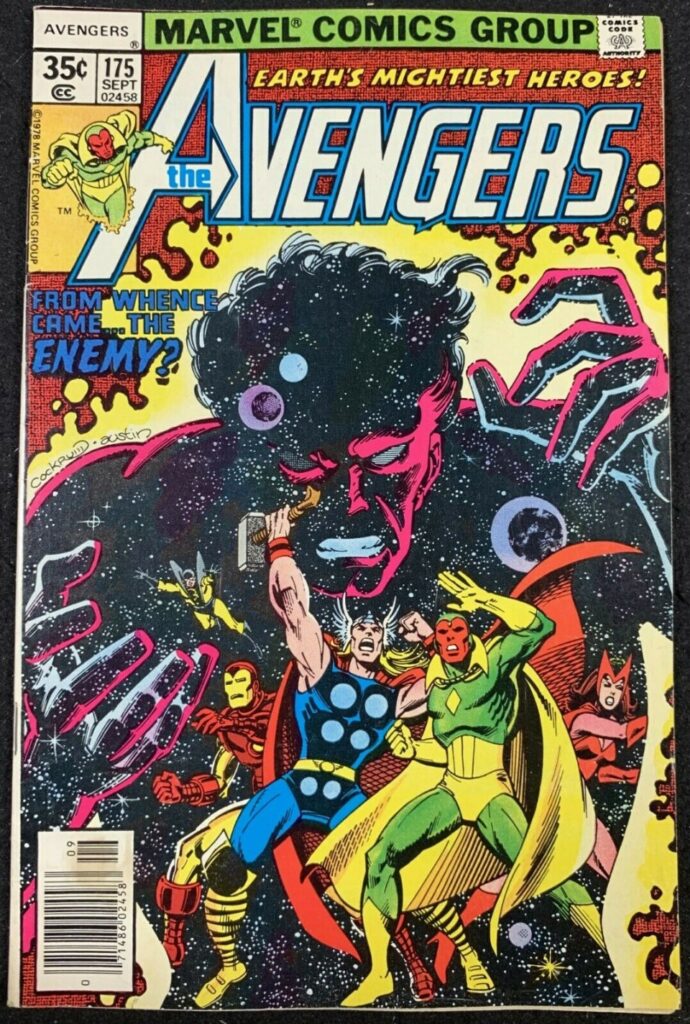 But it was his next big move, to DC, that would prove to be the definitive one of his career. Joining creative forces with writer Marv Wolfman, they created The New Teen Titans, and ushered in a creative renaissance for the team’s popularity that skyrocketed both them and their creators to superstardom. Within the pages of that justly-hallowed run, Perez was credited as coauthor, as he and Wolfman worked so closely together that to assign authorial credit to just the latter would not have done the former’s contributions justice. Together, they created Cyborg, Starfire, and Raven, as well as now-standard issue Titans villains Deathstroke, Brother Blood, and Blackfire. They had Dick Grayson graduate from being Robin to Nightwing, and on the whole, breathed new life into a property that many had viewed as past its time. 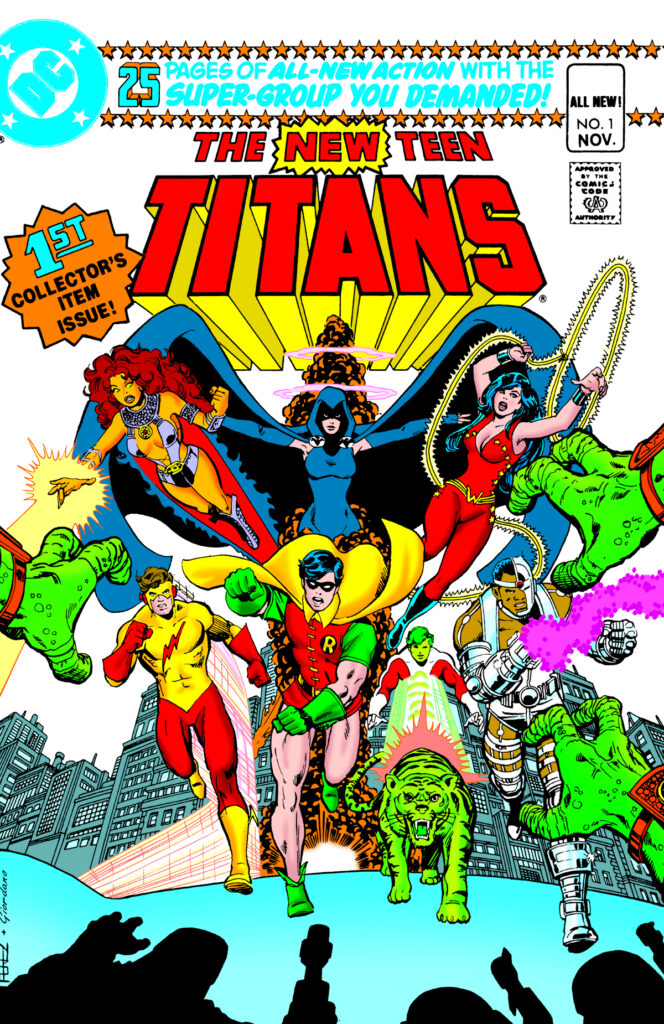 From there, Perez was an A-list superstar, held on the same pedestal as Neal Adams or Jack Kirby in terms of artistic relevance to the comics medium. His attention to detail was second-to-none, but it was always balanced by a character-first approach. His figures were warm and natural, exuding all ranges of emotion. He could fit a page with double-digit figures and never miss a beat; even pages that might look cluttered in the hands of other artists were balanced, effortless, and still full of an eye-popping amount of detail that never felt over-rendered.
That level of detail and dedication to his craft lead to Perez, with Wolfman, being tapped to be the creative team for Crisis on Infinite Earths DC’s year-long maxiseries that featured over 500 characters, spanned twelve issues, and completely rewrote DC’s continuity from scratch, eliminating the multiverse and streamlining its oft-confusing history. The maxi-series is often seen as a high-water mark for Perez in a career already overflowing with genre-defining high points. 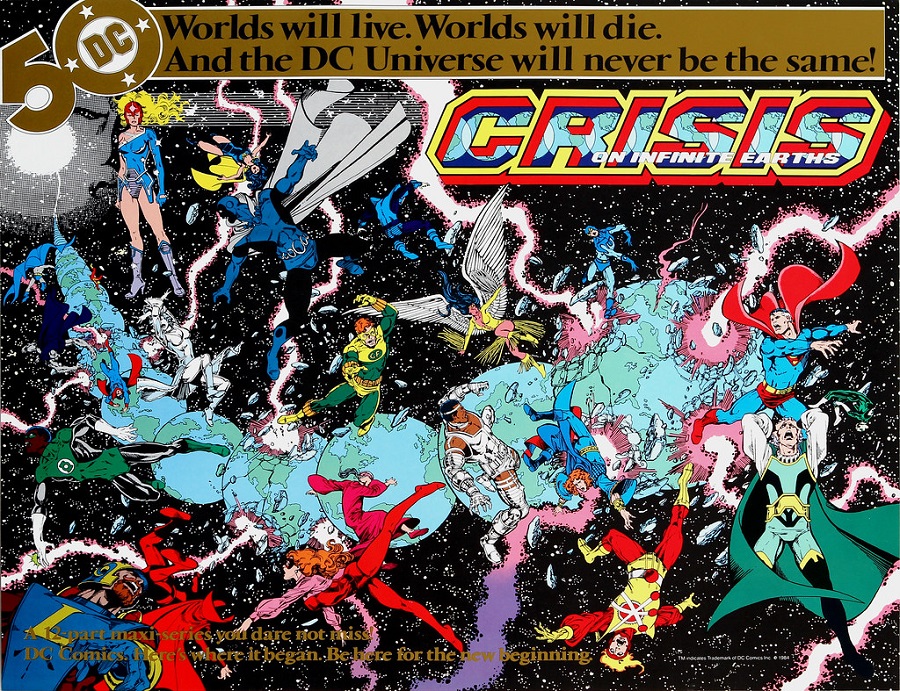 From there, Perez took on the role of writer, and starting in 1987, ushered in a completely new history and continuity for Wonder Woman, staying on the book for four years. Under Perez’ stewardship, Wonder Woman’s oft-complicated and contradictory continuity was made fresh and new, bringing the same love and attention to detail as a writer that he would a penciller. However, growing tension between Perez and his DC editors would lead to him returning to Marvel, where he teamed with Jim Starlin and went from one kind of crisis to another, penciling the seminal Infinity Gauntlet. Unfortunately, due to health concerns, he was unable to complete all six issues, having to tag Ron Lim in to finish the last few pages of issue five and all of issue six. Nonetheless, the results were spectacular, and the miniseries has become a touchstone for not just he Marvel Universe since, but has also been adapted into an equally-important cornerstone of the MCU. 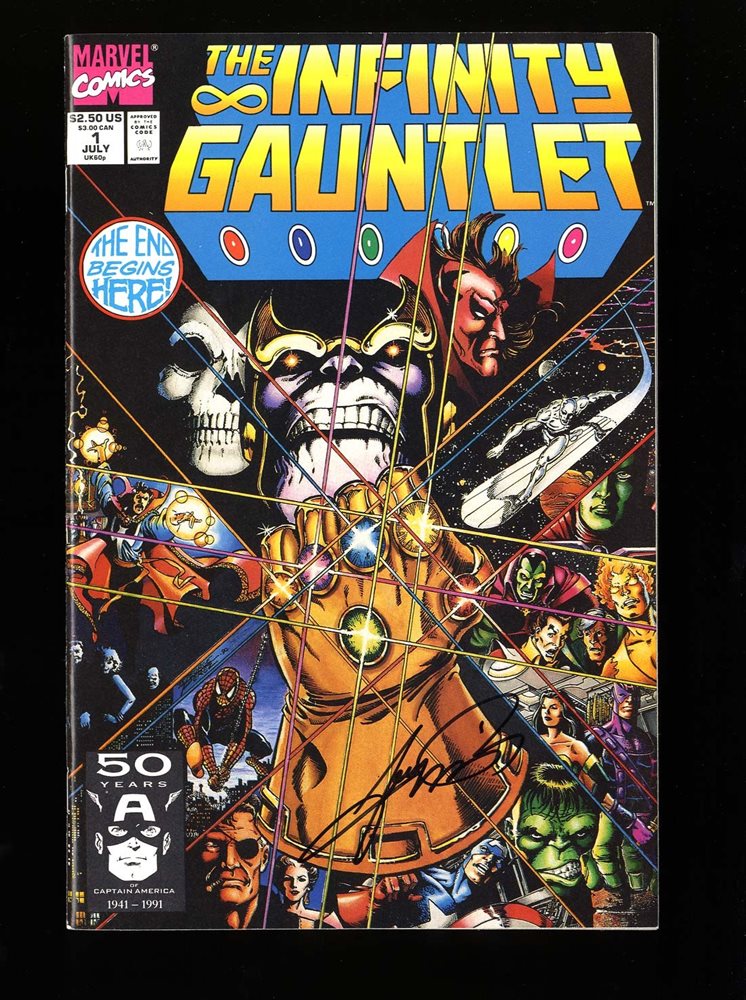 Due to his ongoing health concerns, Perez kept a low profile for much of the next few years, producing little output as he focused on his own self-care. But in 1997, he made his return in appropriately epic fashion, teaming with Kurt Busiek to usher in a new era of Avengers brilliance. The book was coming out of its Heroes Reborn phase, and Marvel was determined to bring the property to its proper prominence among its pantheon. Who better than Perez, then, to return to the drawing table with the property he had originally broken big on? Their run, lasting thirty-five issues, was a deliberate, loving throwback to a bygone era that never felt like a crass nostalgia grab. 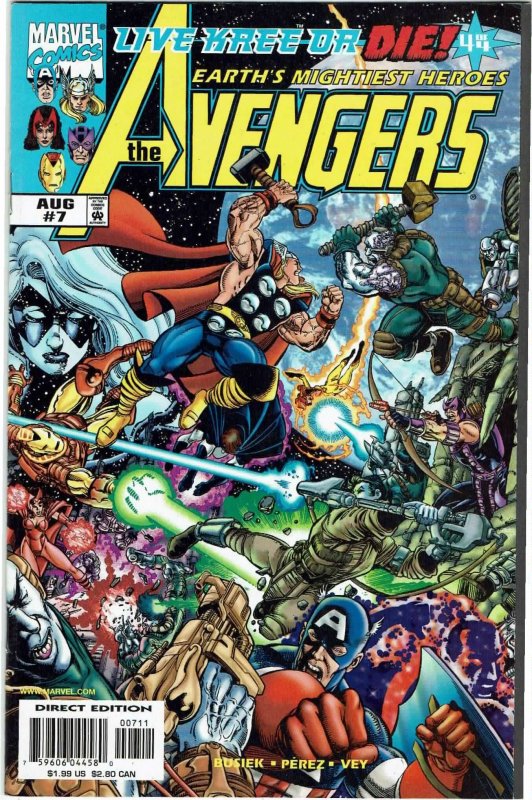 And from there, Perez segued into the job any pro (or fan, for that matter) would see as a dream come true: drawing the JLA/Avengers crossover for Marvel and DC, again working with Busiek. The project had originally been announced way back in 1983, and had proceeded far enough along at the time that Perez had already produced pages of art, when disputes between the two companies scuttled the project. After two decades, though, new faces were in charge, and the two rivals were able to work together long enough to give fans something they’d been waiting years for. Perez, unsurprisingly, pulled it off with startling ease. 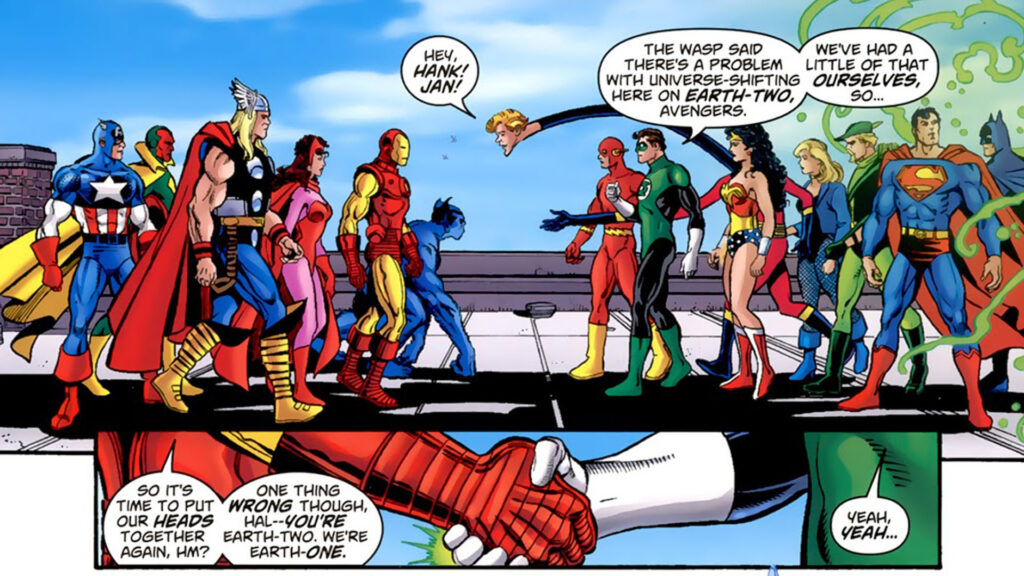 Perez continued to produce numerous fan-favorite works from there, including stints on a re-imagined Brave and the Bold and rendering three continuities’ worth of heroes for Final Crisis: Legion of Three Worlds. The Legion was already a property teeming with heroes and assorted characters, and was a challenge only Perez could tackle. Of course, he made it look easy. 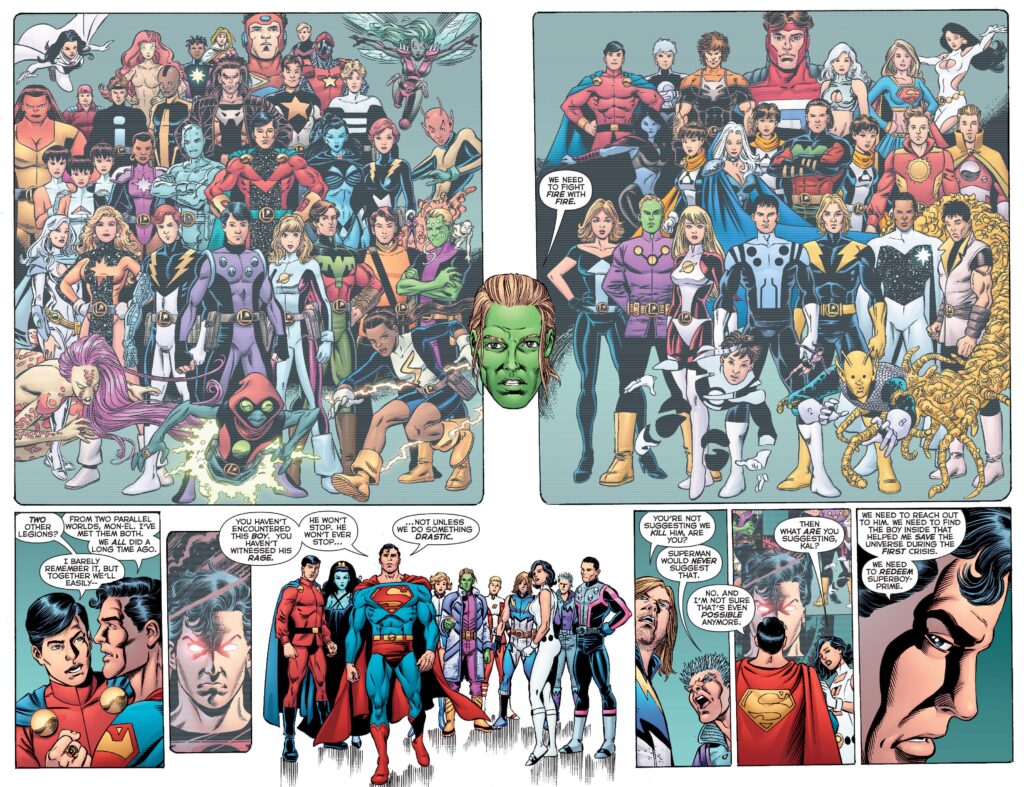 When he announced his terminal illness in December 2021, the outpouring of grief from fans and the pro communities was only natural, but the level of love and support for a man many of us never got to know personally was enormous. Perez had, throughout his life, always exuded grace, love, good humor, and heart for not only his craft, but for his fans, as well. He was never shy about signing autographs, taking pictures, or listening to fans and sharing stories with them. More than just his art, Perez as a person was as gregarious and loving a man as anyone could be. In choosing palliative care rather than treatment for his inoperable pancreatic cancer, he exhibited a level of courage and dignity that many could aspire to but few would reach. Through his wife, Constance, he gave updates to his condition with regularity, always smiling, always glad to share with the fans who loved him. And he loved them back. That was George Perez: more than just a seminal artist, he showed through example to everyone around him how to be a better person. There shall not be another like him, and we are humbled to have known him. Rest in power.
George Perez
June 9, 1954 – May 6, 2022 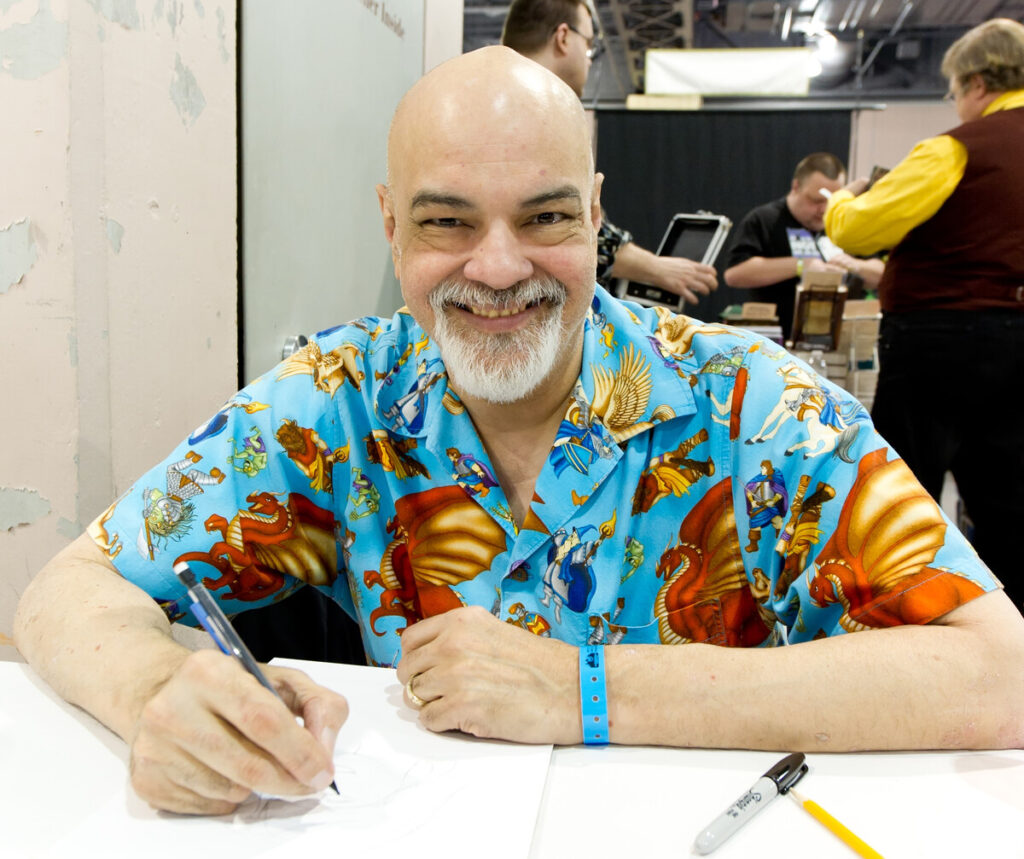