For the first time in comic book form, witness the very beginning of the Wild Cards mythos with an adaptation of the very first stories in the original Wild Cards novel. Based on stories by Harold Waldrop, Roger Zelazny, and series mastermind and editor, George R.R. Martin, Wild Cards is a fascinating saga set in a whole new world reshaped by the emergence of superpowers. The limited series, titled THE DRAWING OF CARDS, will be written by a team of comic superstars, writer Paul Cornell and artist Mike Hawthorne, and serve as a perfect entry point for Wild Cards’ newcomers and a must-have new reimagining for Wild Cards aficionados!

Spanning more than 25 novels, 20 short stories, and written by more than 40 authors over three decades, the Wild Cards series tells the story of an alternate history where Earth is home to super-powered individuals. When a human is infected with the alien “Wild Card” virus, the odds are that they will be killed… which is referred to as “drawing the black queen”. Of those that survive, the bulk of them become “jokers”, left with some strange mutated form. A lucky few are called “aces”, those gifted with superpowers they can put to use towards heroic goals… or villainous ones.

In a press release from Marvel Paul Cornell said:

“Wild Cards is still a unique take on superheroes, a creation story that’s influenced everything since, but still maintains its power. It’s an honor and a pleasure to bring all these wonderful stories to their natural home at Marvel, and I hope to give George, Melinda and the rest of the Wild Cards Collective the credit they deserve for making the superhero myth new again. Plus: just look at that art!”

“As my fans may already know, the Wild Cards World holds a special place in my heart, so to have the privilege of announcing that an industry titan like MARVEL is going to produce the narrative from the beginning as a comic book brings me no end of joy,” Martin added. 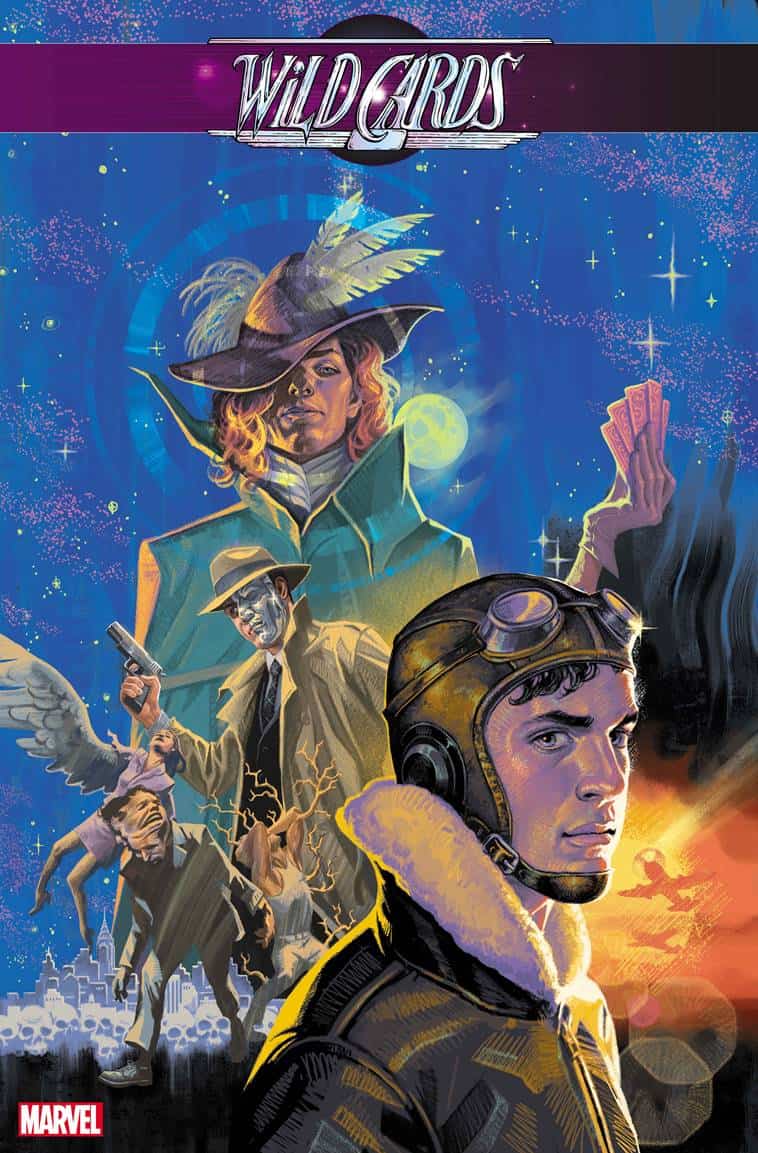 Relive the epic stories of Wild Cards or visit this incredible world for the very first time when WILD CARDS: THE DRAWING OF CARDS #1 hits stands on June 1 from MARVEL COMICS.