NEWS WATCH: Get Your First Look at the Deadliest Hulk in Marvel History in New HULK #6 Cover by Ryan Ottley

In March, the first arc of Donny Cates and Ryan Ottley’s mind-blowing Hulk saga reaches its epic climax as Bruce Banner’s control over Starship Hulk slips…and something much worse takes the wheel. The new threat that emerges promises to smash the HULK mythos to its core and will fuel Bruce Banner’s rage for the foreseeable future. Known only as TITAN, fans can get their first glimpse of this powerhouse new Hulk on Ottley’s main cover of April’s HULK #6 and now can see him in all his terrifying glory in a special TEASER VARIANT COVER. Also drawn by Ryan Ottley, this dynamic cover showcases Bruce Banner’s cruelest transformation as his Hulk persona evolves into its most destructive form yet…

Along with the cover to issue #6, Editor Wil Moss teased:

“The heroes of the Marvel Universe may think Hulk is the problem, but he’s not — THIS is the problem. “And after HULK #6, there’s no stopping it…”

Check out the covers now and For more information, visit Marvel.com. 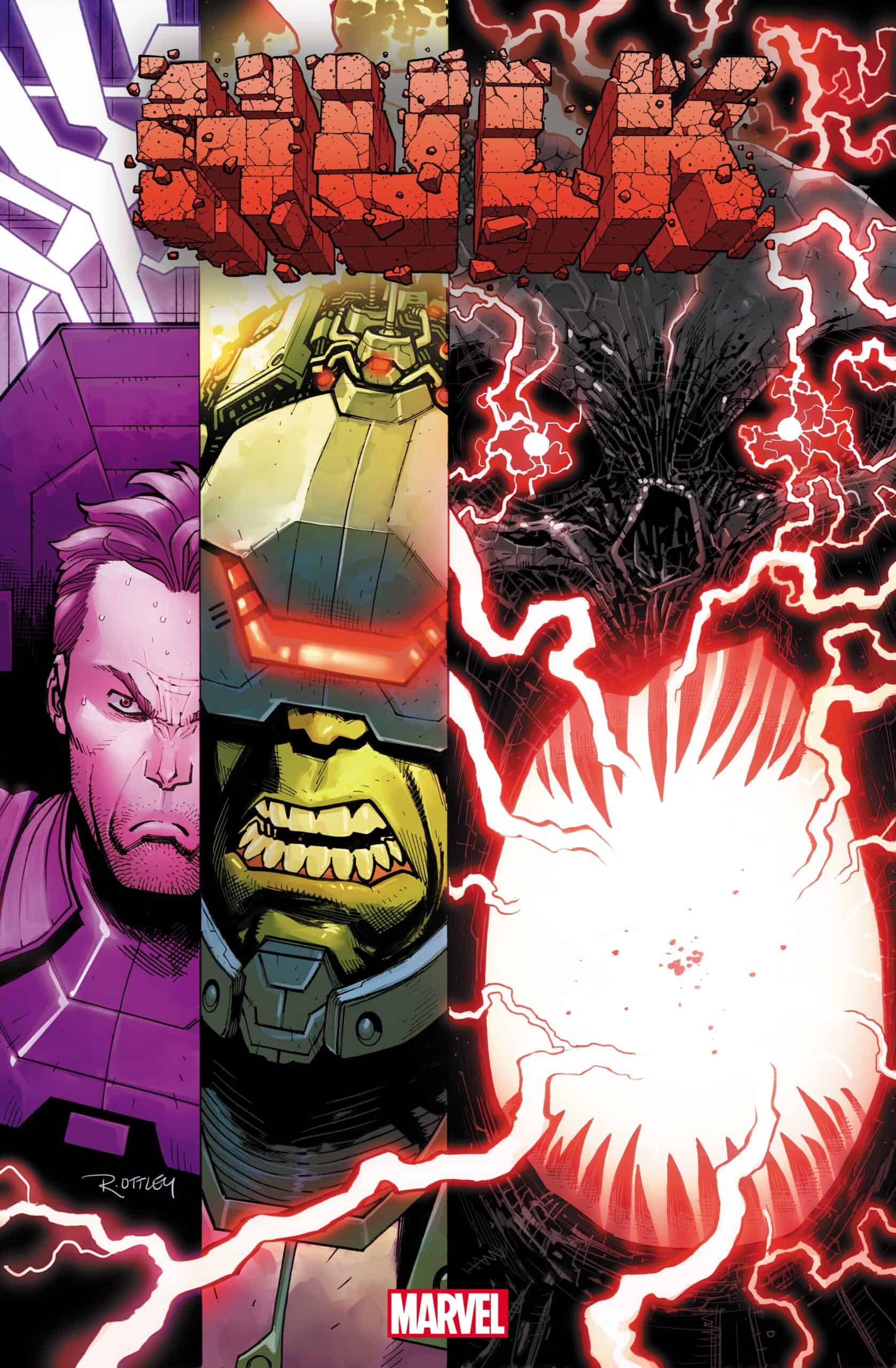 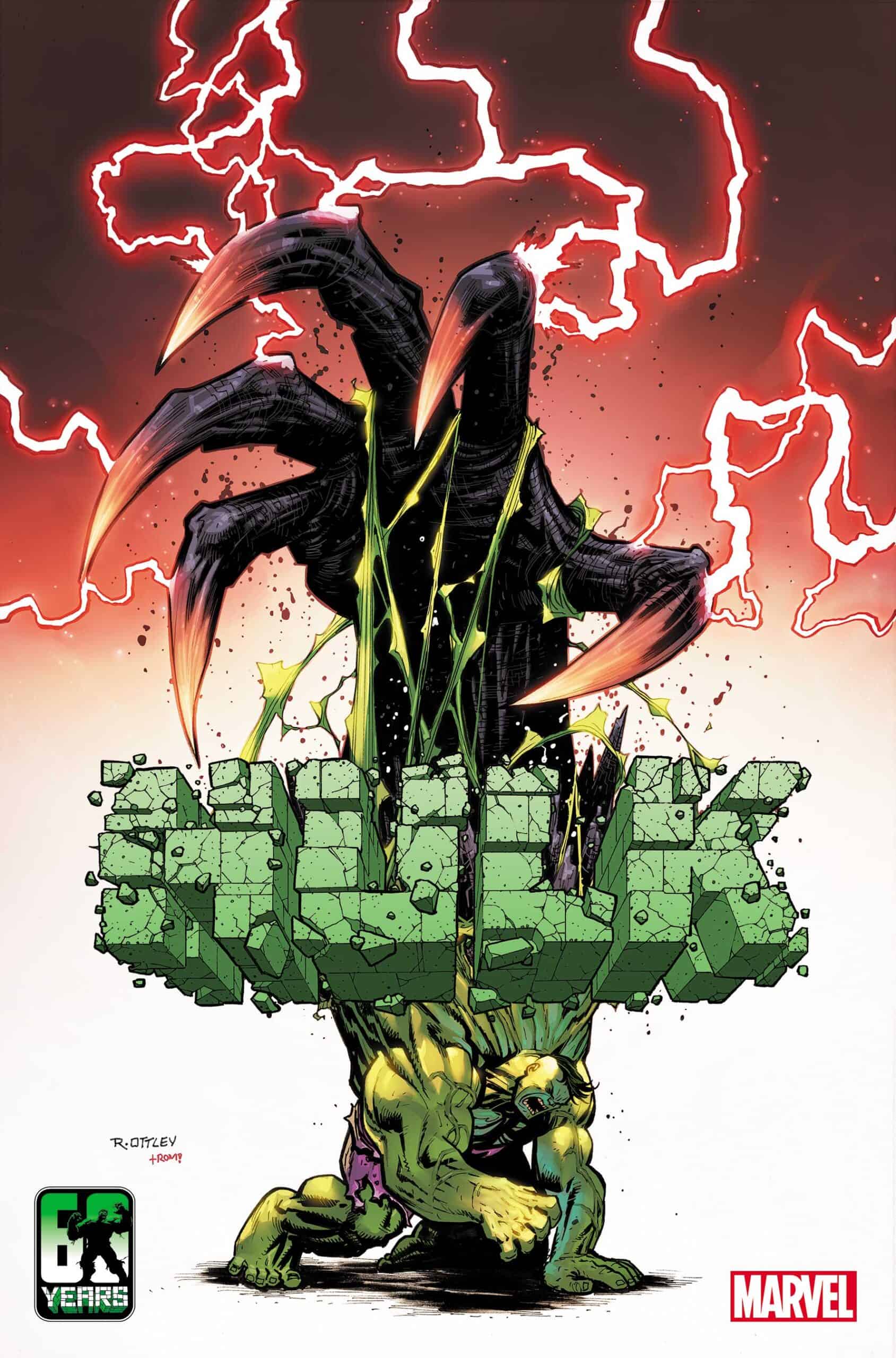 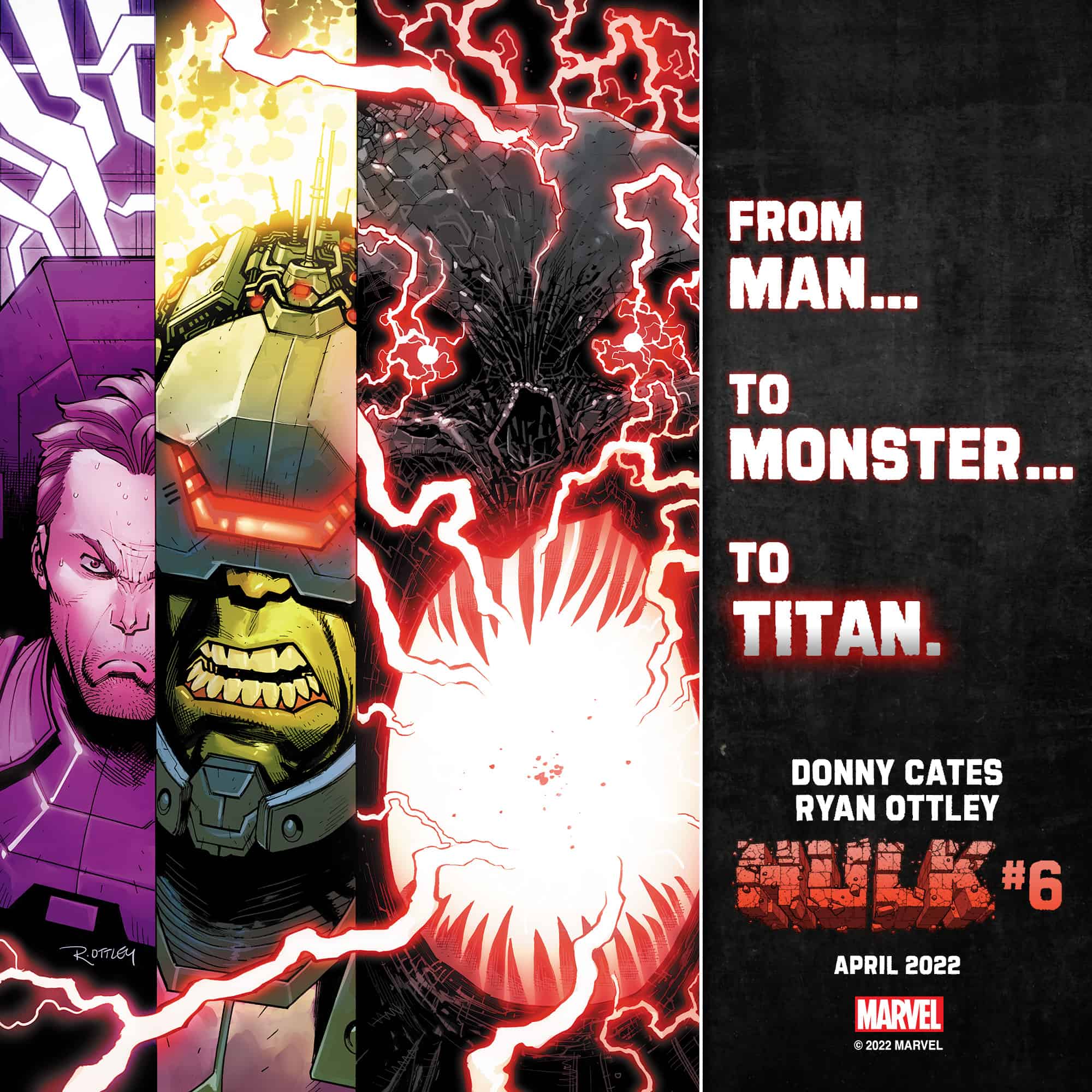 The Titan arrives in HULK #6, out April 20, 2022, until then stay tuned to upcoming issues of HULK to learn more about the next phase of the Hulk’s evolution.

NEWS WATCH: Get Your First Look at the Deadliest Hulk in Marvel History in New HULK #6 Cover by Ryan Ottley