In Green Lantern: Beware My Power, recently discharged Marine sniper John Stewart is at a crossroads in his life, one which is only complicated by receiving an extraterrestrial ring that grants him the powers of the Green Lantern of Earth. Unfortunately, the ring doesn’t come with instructions – but it does come with baggage, like a horde of interplanetary killers bent on eliminating every Green Lantern in the universe.

Now, with the aid of the light-hearted Green Arrow, Adam Strange and Hawkgirl, this reluctant soldier must journey into the heart of a galactic Rann/Thanagar war and somehow succeed where all other Green Lanterns have failed. 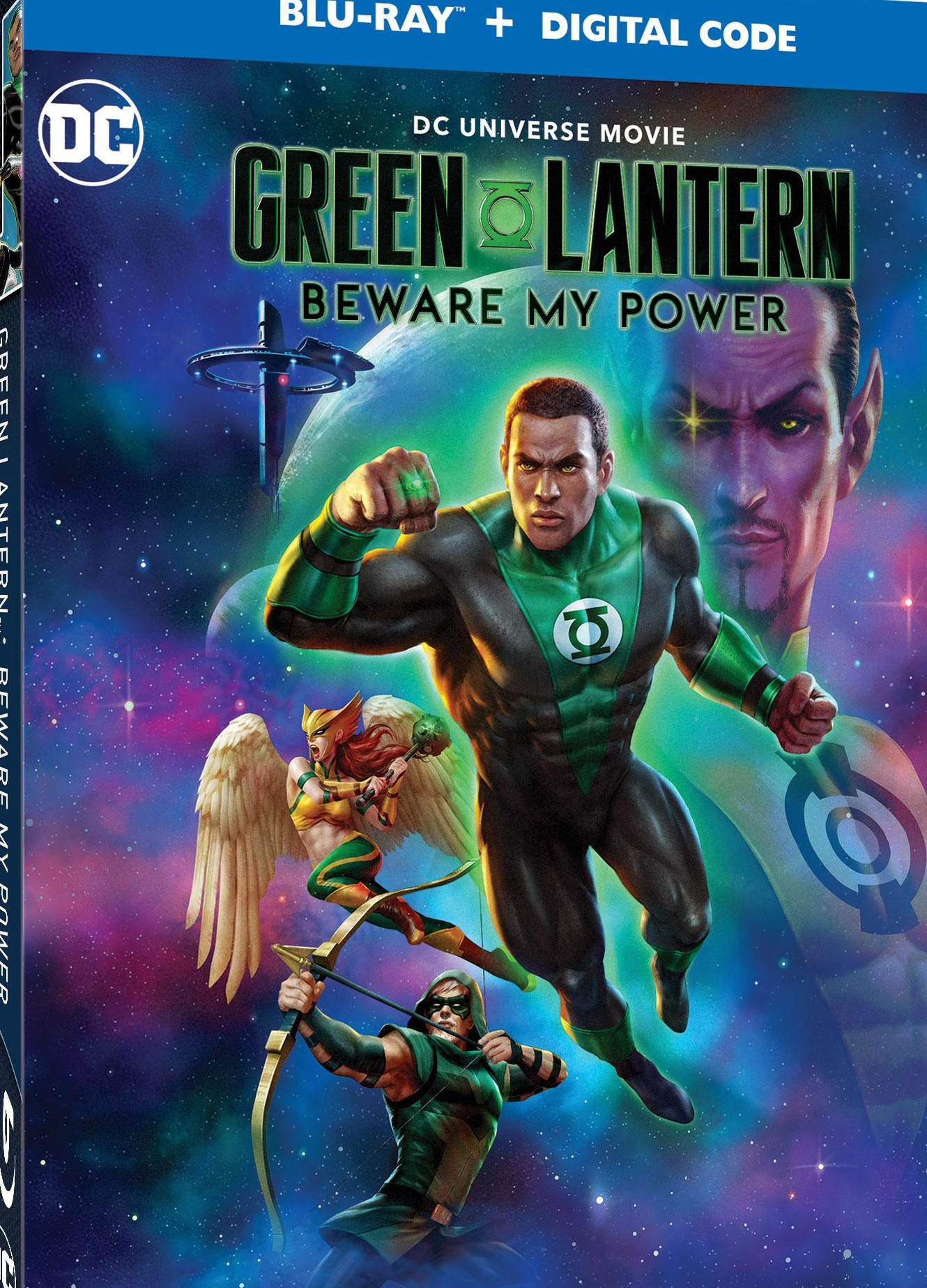 John Stewart: The Power and the Glory (New Featurette):

– Whether in brightest day or blackest night, John Stewart remains one of greatest and most beloved heroes of the DC Universe – and of the many universes that he has protected in his groundbreaking 50-year career as a Green Lantern. His courage, strength, conviction, and compassion have been his source of his abundant power, as well as the reason for his immense fanbase.

This documentary examines his adventures on the printed page, the animated screen, popular culture and beyond, featuring all-new interviews with the creators, writers, artists, and performers who helped shape John’s legendary stories, including Aldis Hodge, the voice of John Stewart in Green Lantern: Beware My Power.