Popular horror/crime series Blood Stained Teeth by Eisner Award winning Christian Ward and Patric Reynolds will kick off an all new story arc this November with the release of issue #6. This highly anticipated interstitial story will feature the talents of guest artist Mack Chater and land on shelves this November from Image Comics.

This special standalone tale answers: Who is Dr. Beverly Phelps and why is she hunting the villainous First Born?

Blood Stained Teeth first launched to immense critical acclaim in April and follows main character Atticus Sloane—misanthrope, criminal, asshole, and vampire—who lives in a world where blood isn’t the only thing vamps crave. For the right price, he’ll make anyone a vampire too. After all, immortality isn’t cheap.

The series is the perfect read for fans of 100 Bullets and Killadelphia or any reader who enjoys a good crime comic with a vampiric twist.

Blood Stained Teeth #6 will be available at comic book shops and across many digital platforms, including Amazon Kindle, Apple Books, and Google Play, on Wednesday, November 2: 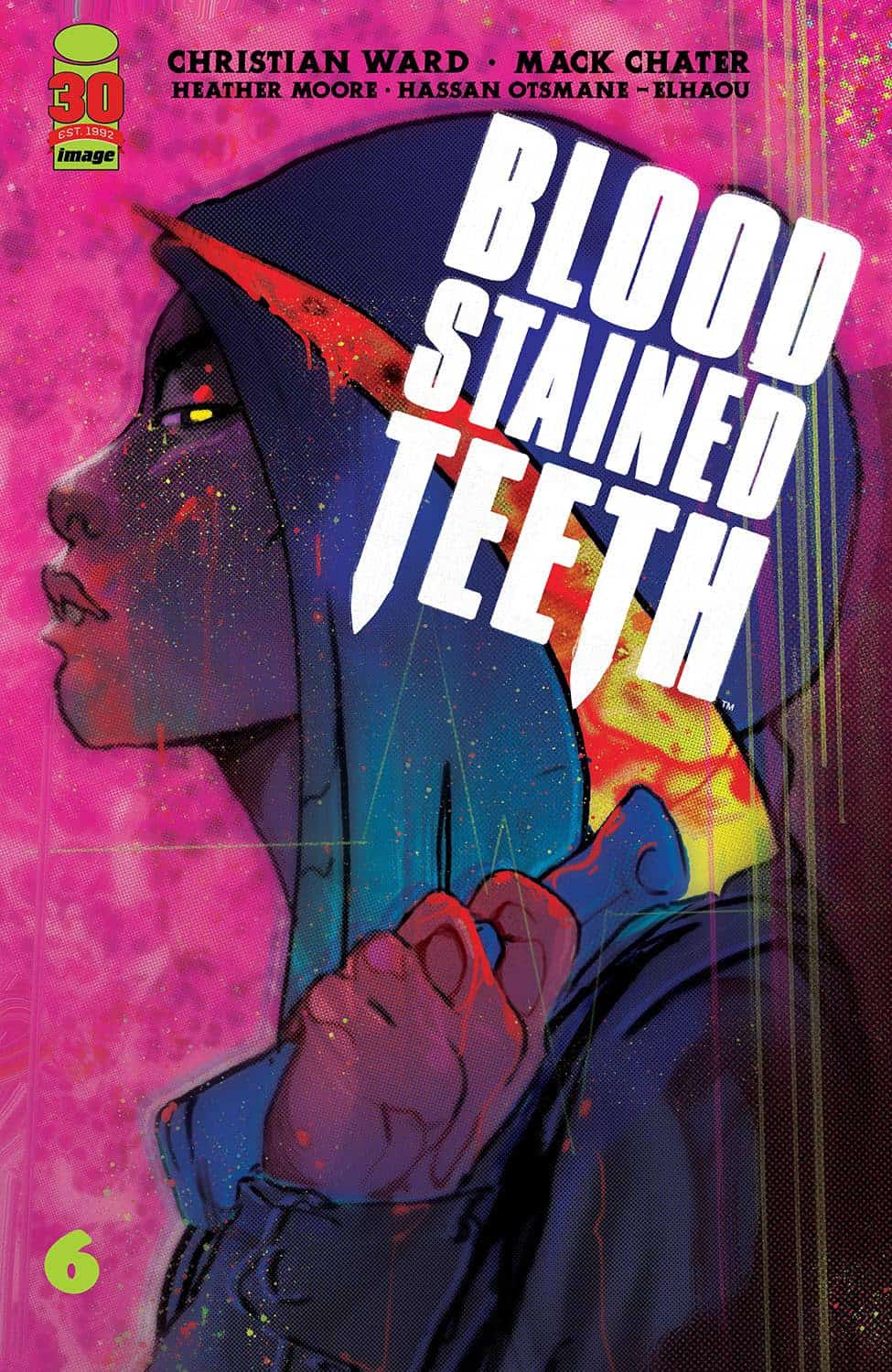 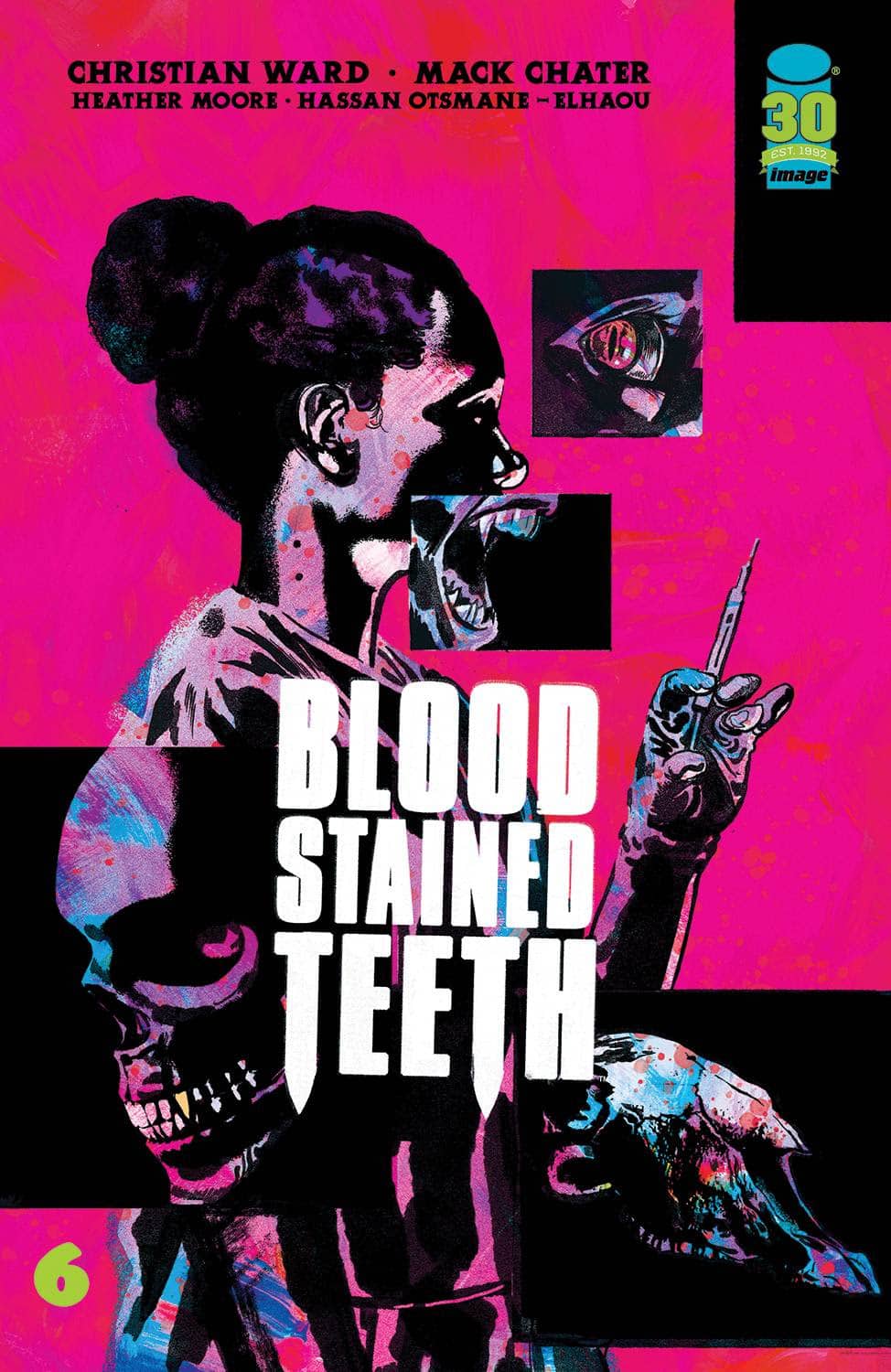 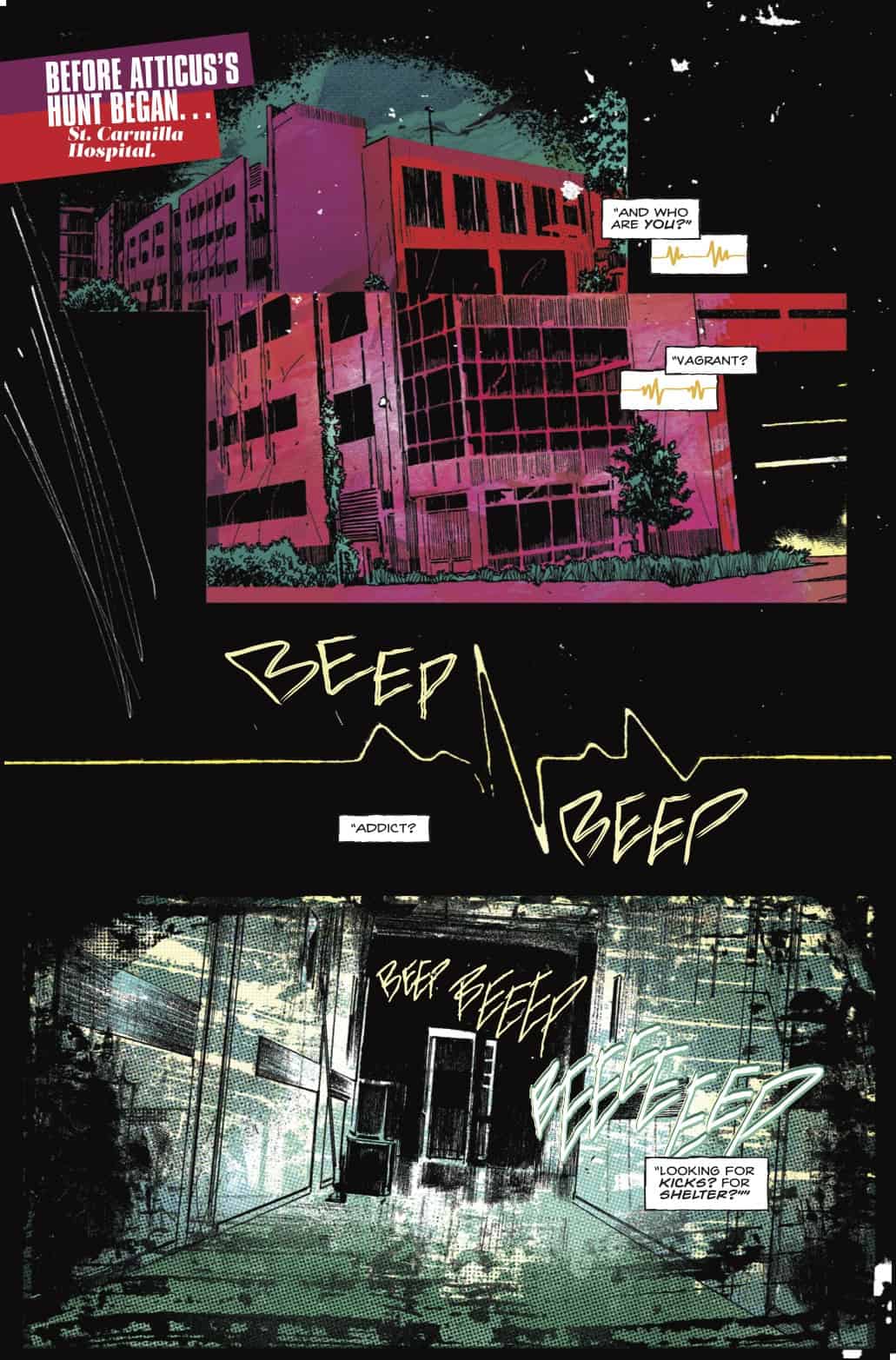 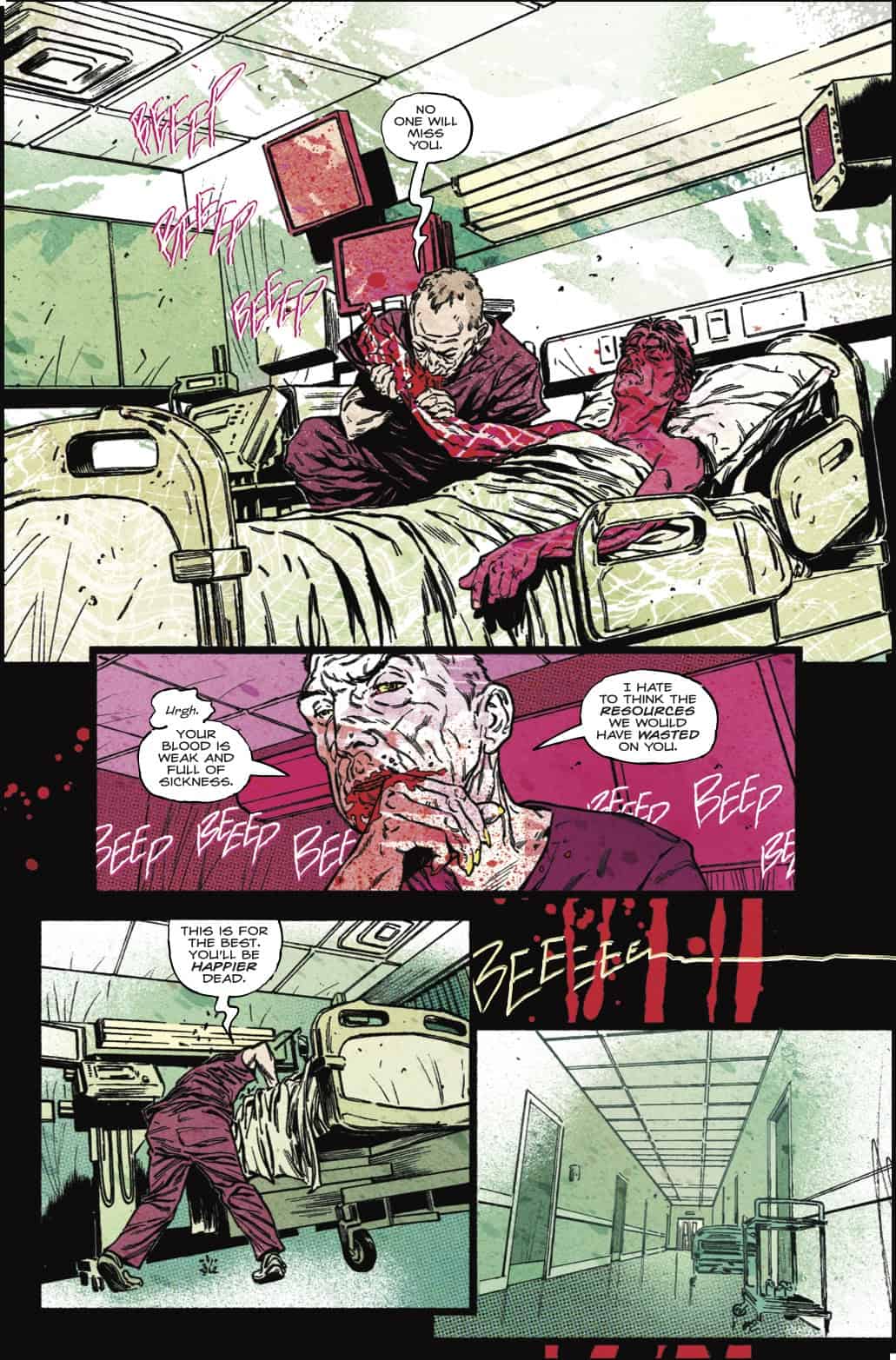 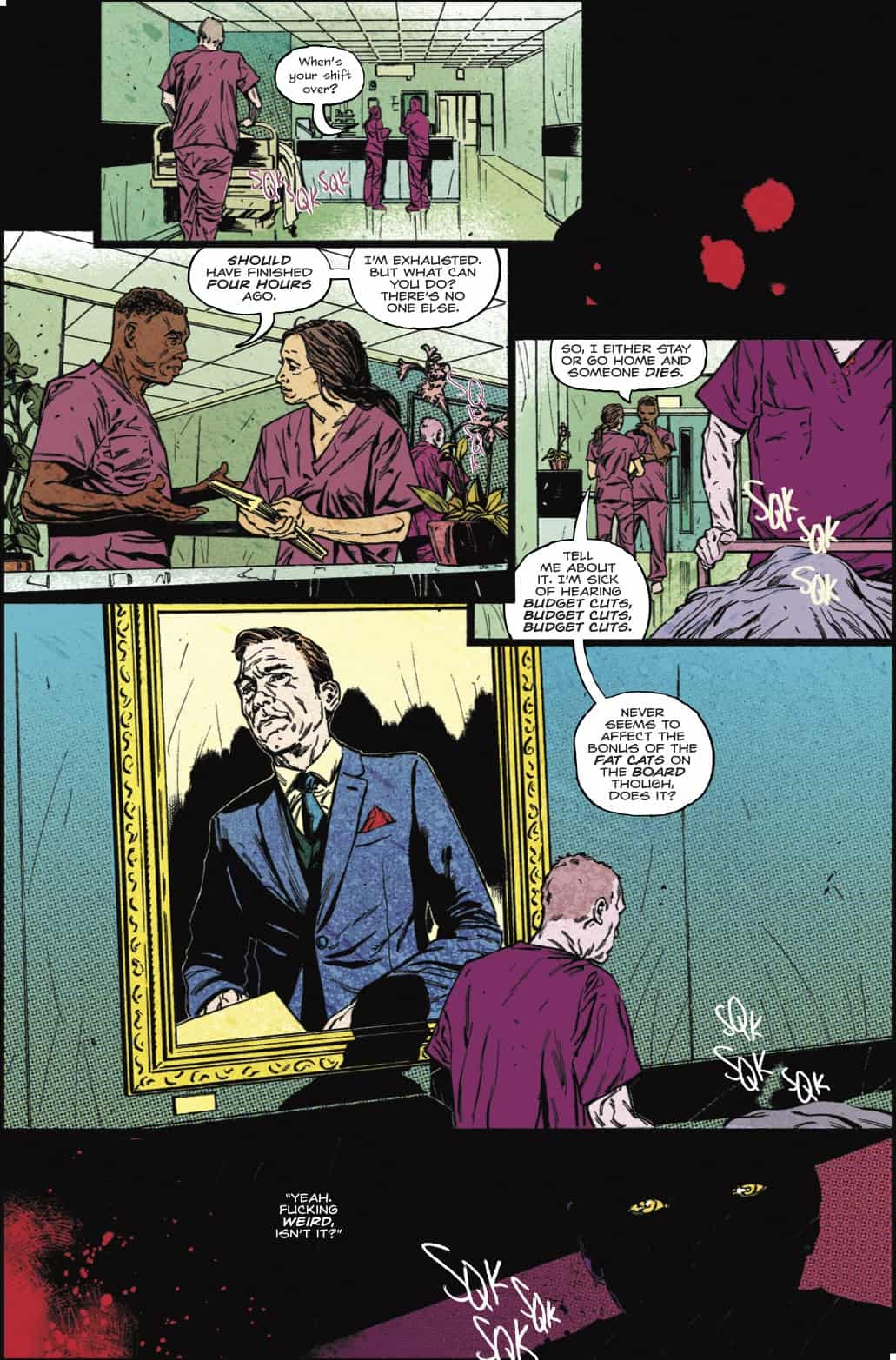 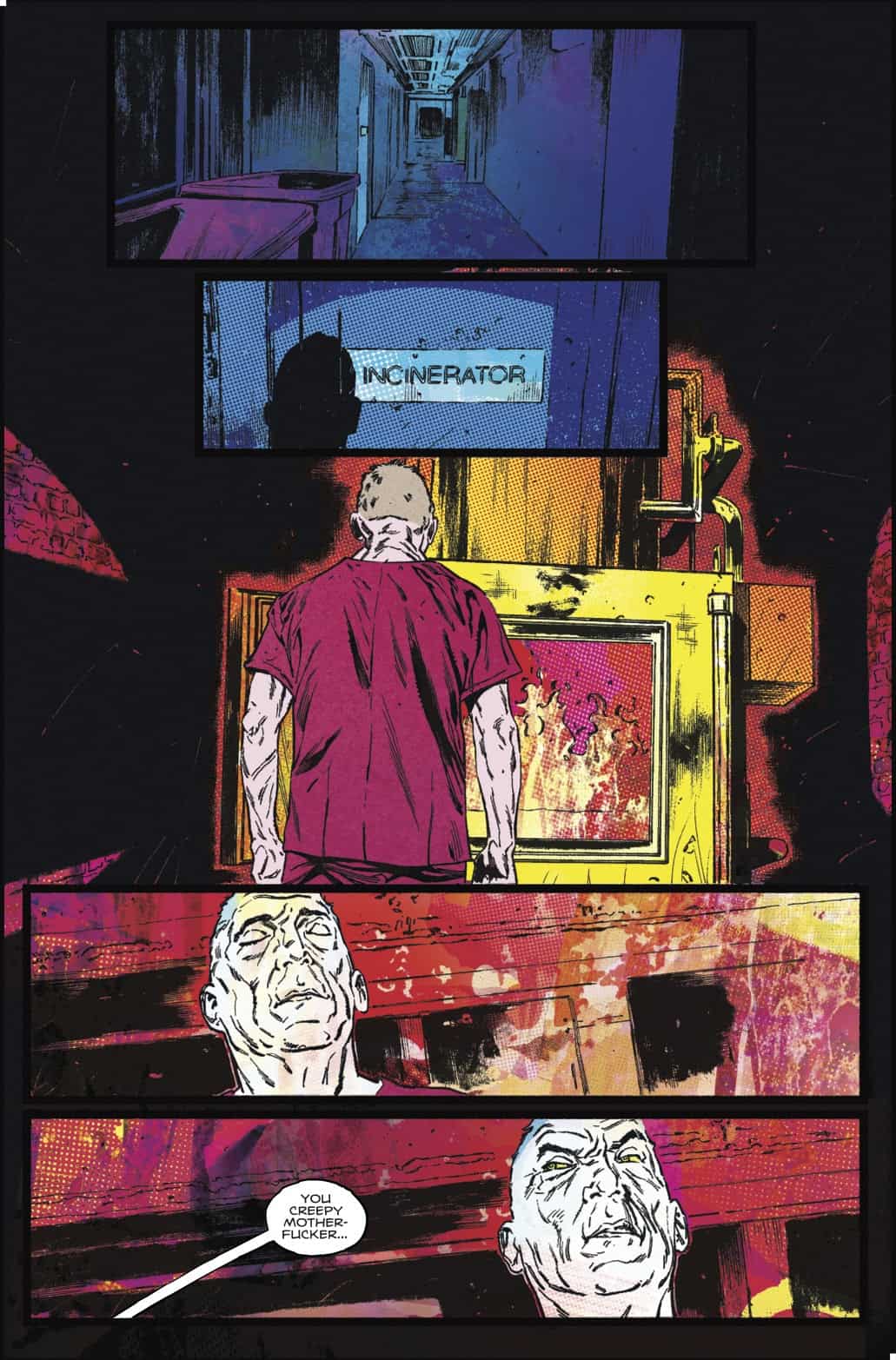 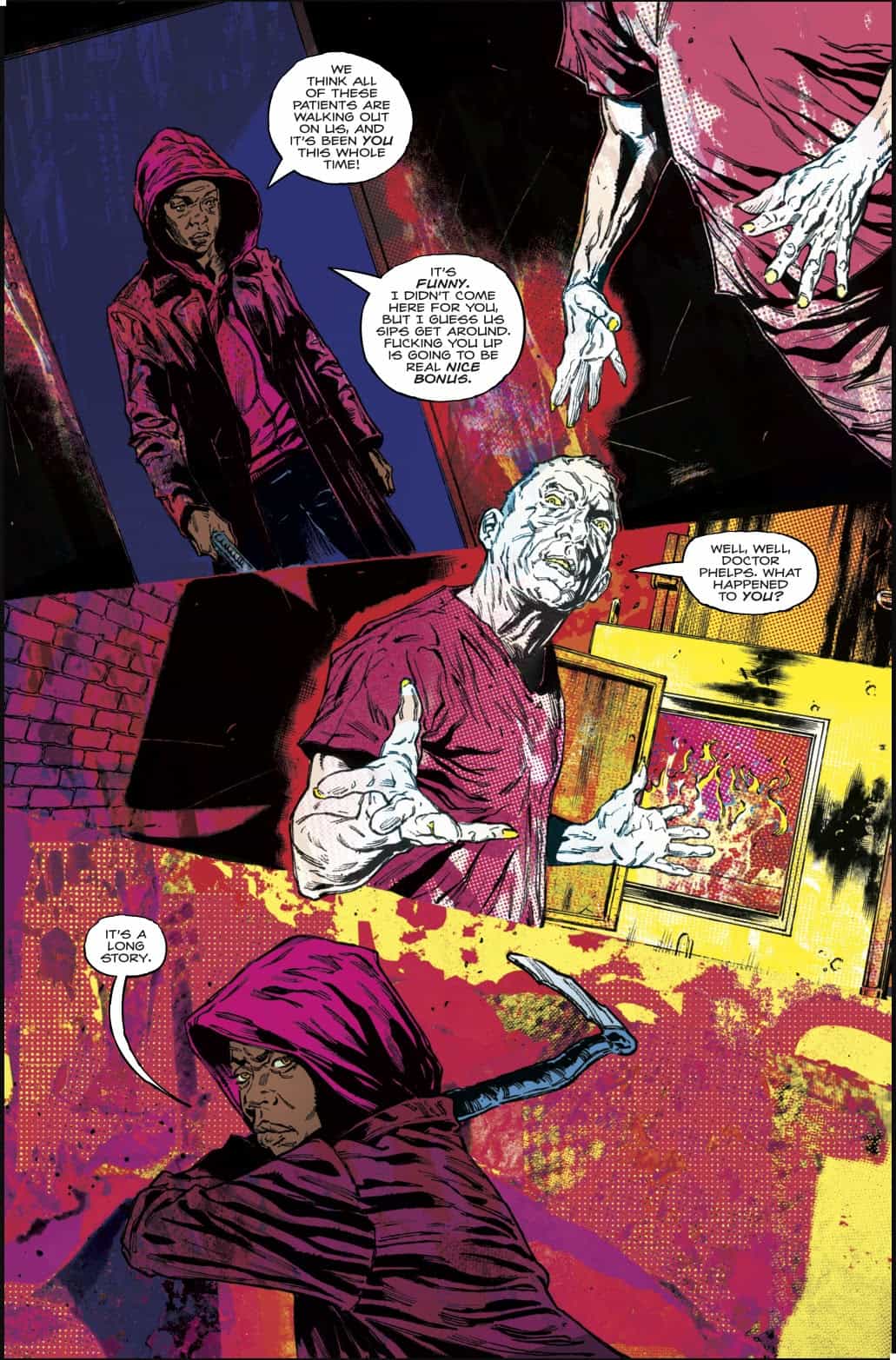 Blood Stained Teeth, Vol. 1 (ISBN: 978-1-5343-2385-8, Diamond Code JUL220094) is available now in trade paperback and collects issues #1-5 of the series for readers looking for an addictive new horror series to binge read during the Halloween season. Find it at the following or wherever books are sold: