Marvel unveils more information on the upcoming solo series for Hallows’ Eve, the new moniker of Janine Godbe after the events of Amazing Spider-Man #14. The series, which ties into the current Dark Web crossover, will be written by Erica Schultz with art from Michael Dowling, and issue #1 is set for a release date of March 1, 2023. The story for the five issue miniseries revolves around Eve learning about her new powers and their relationship to the various masks Janine wears.

“Having the opportunity to pen a character’s first solo miniseries is incredibly exciting and incredibly nerve racking!” Schultz said. “Despite Janine having been created in the 90s, this is the first time we’ll see her on her own for more than just a few pages. I really hope fans enjoy a deeper look into Janine and what makes her tick.”

Marvel has also shared a detailed synopsis and Dowling’s cover for issue 1: 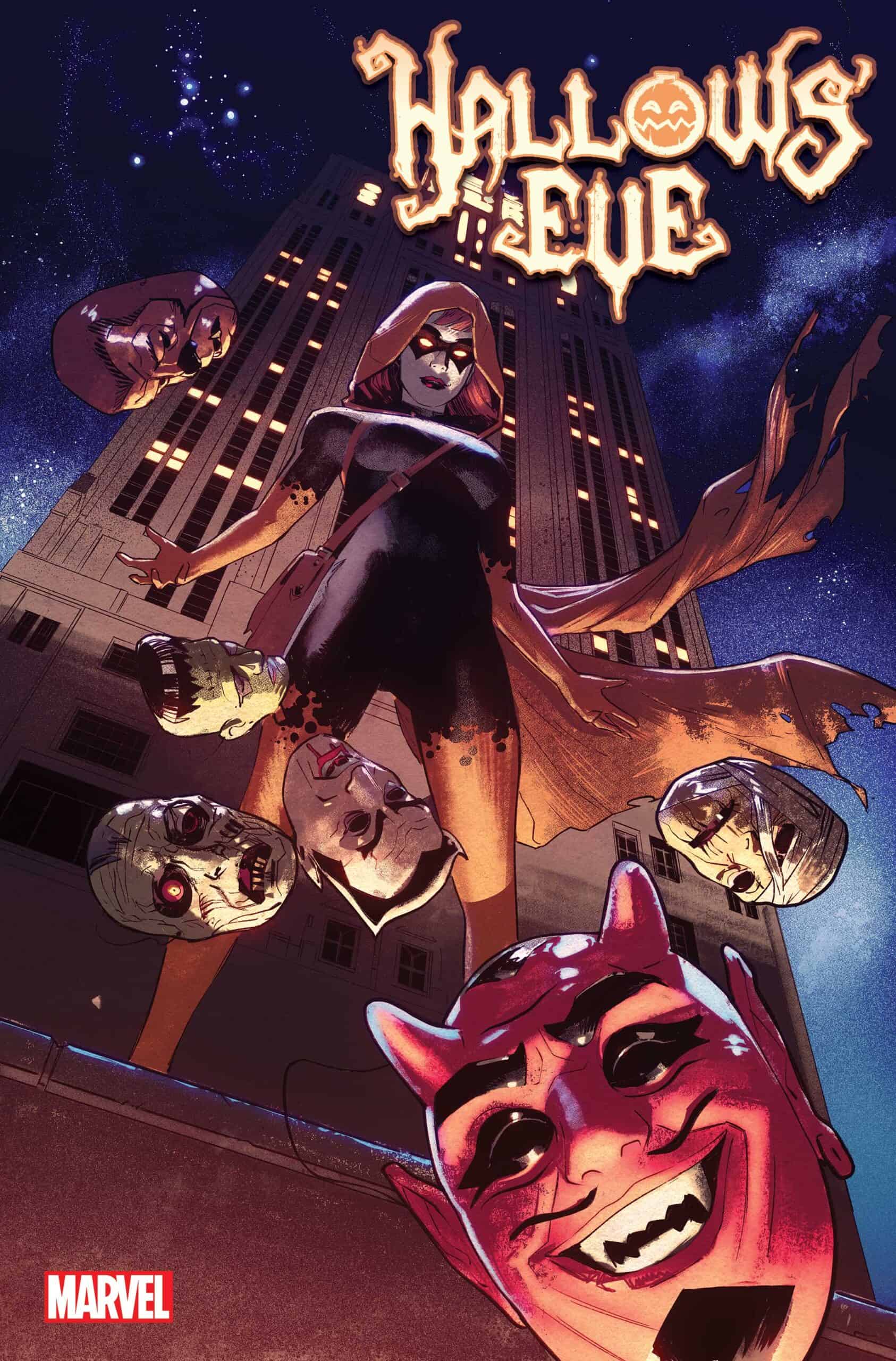 Janine Godbe’s world has been blown up several times in her life, but after the events of Dark Web, she’s in control of her future for the first time in years. With a bag of super-powered masks and a chip on her shoulder, Janine’s crime spree as Hallows’ Eve puts her on the run from the police, but there’s someone else after her too… someone seeking to take her newfound power for themselves!