NEWS WATCH: HELL TO PAY #1 Makes It Rain For Image With Reprinting of Debut Issue

Image announces that Hell to Pay #1 – written by Charles Soule, with art from Will Sliney, colors by Rachelle Rosenberg, and lettered from Chris Crank – will go back to print after high demands from readers. The series follows as a young couple tries to pay off their debts and escape a life of collecting devilish coins. The reprinted debut will be released in comic shops December 14.

“I’m so thrilled people have found and embraced Hell to Pay! It’s a fantastic adventure with a lot on its mind, and it’s the start of a much bigger story Will and I intend to tell,” said Soule. “Truly one hell of a tale. Really happy people will have more chances to jump on board.”

“In Hell to Pay, readers meet married young couple Maia and Sebastian Stone. Years ago, they made a deal with the mysterious Shrouded College to give them magic… but they incurred a debt.” The summary Image provided states “Until it’s paid, their lives are not their own. Maia and Sebastian have worked for the College ever since, using their new abilities to track down 666 cursed coins: qurrakh…aka, the Devil’s Dollar. Only a few remain. The Stones are almost free…but the devil’s in the details.”

Sliney added: “Seeing the response to Hell to Pay’s first issue has been one of the best moments of my career. We knew this was going to take people by surprise when the first issue unveiled our grand plan for this new universe. Charles and I are committed to the universe for a long time and we can’t wait to reveal more of our ideas.” 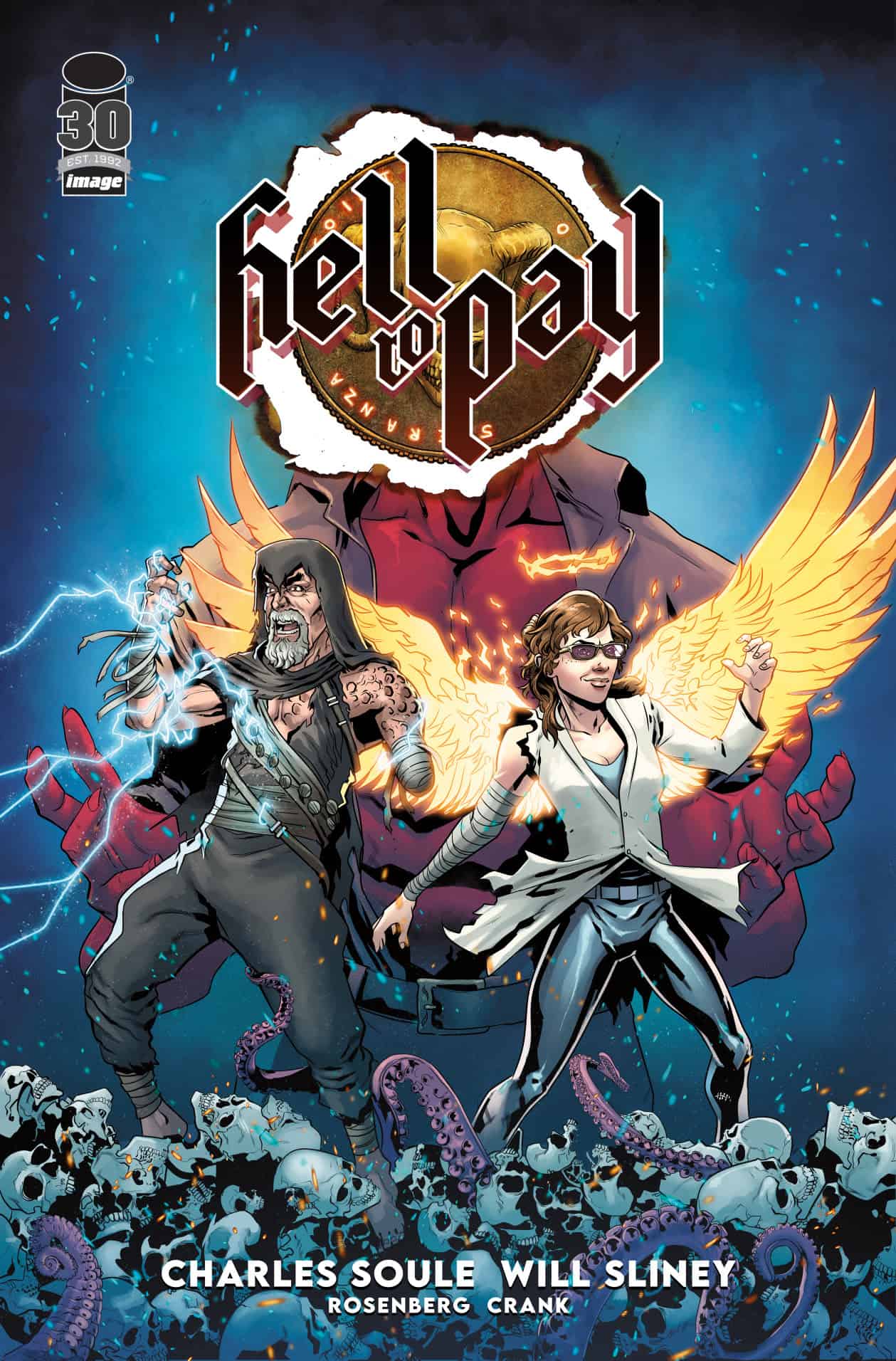 Hell to Pay #1, second printing (Diamond Code SEP228257) will be available at comic book shops on Wednesday, December 14. Hell to Pay is also available across many digital platforms, including Amazon Kindle, Apple Books, and Google Play.

NEWS WATCH: HELL TO PAY #1 Makes It Rain For Image With Reprinting of Debut Issue