Hellcop, the classic 90s character from Brian Haberlin, Geirrod Van Dyke, and Image Comics, is returning to shelves this October with a 3D special edition with 3D glasses to boot.

When mankind first broke through the walls between dimensions, nothing could have prepared them for what they would find in Known Reality Plane 1301-A: it was Hell. Literally. Enter the covert security force, the Pan-Dimensional Security Corps, better known as The Hellcops. The quickly assembled group was tasked with patrol the Hellplane and ensuring that none of the nastier denizens made their way Earthside.

“If you look through my dozens and dozens of sketch books over the years you’ll see one of my characters continually pop up more than all of the others…Virgil Hilts: Hellcop. This is a story and character itch I’ve desperately needed to scratch for…well decades. Think of the story as a modern day Bladerunner meets the conspiracy of China Town. Virgil stumbles upon a shadowy cabal/vast cover up that he must expose in order to survive. We’re having a lot of fun building the world of Hell, which isn’t so different from our own. So keep an eye out for some old style comic ads in the books with a straight out of Hell flavor. We even have one of my favorite Hellions, Spawn, as an incentive cover of issue 1. It’s going to be one hell of a ride.”

“Brian’s designs for this are crazy fun, crazy creatures, monobikes, a lot of steampunk stuff. It’s really interesting to think of Hell as just another world, with doctors, lawyers, etc., that sometimes its natives would crossover to our world through “soft spots” and that’s why the things from this world fit our legends of Hell, because that is where we got the idea from in the first place. It’s the ultimate to get to reinterpret and modernize myths.”

The 3D version of Hellcop #1 arrives in time for Halloween with an exclusive Halloween-themed cover and a lovingly rendered full-color 3D interior and bagged with 3D glasses. 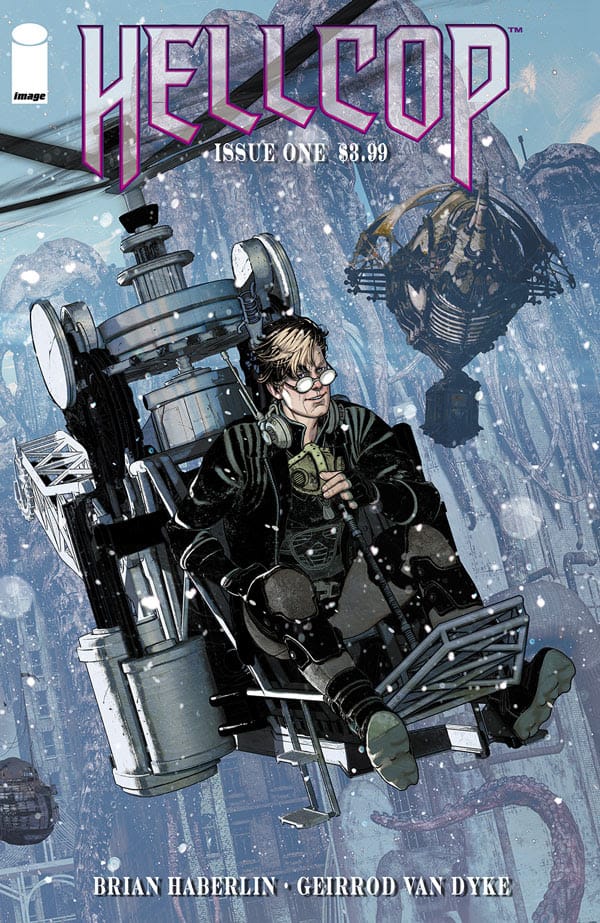 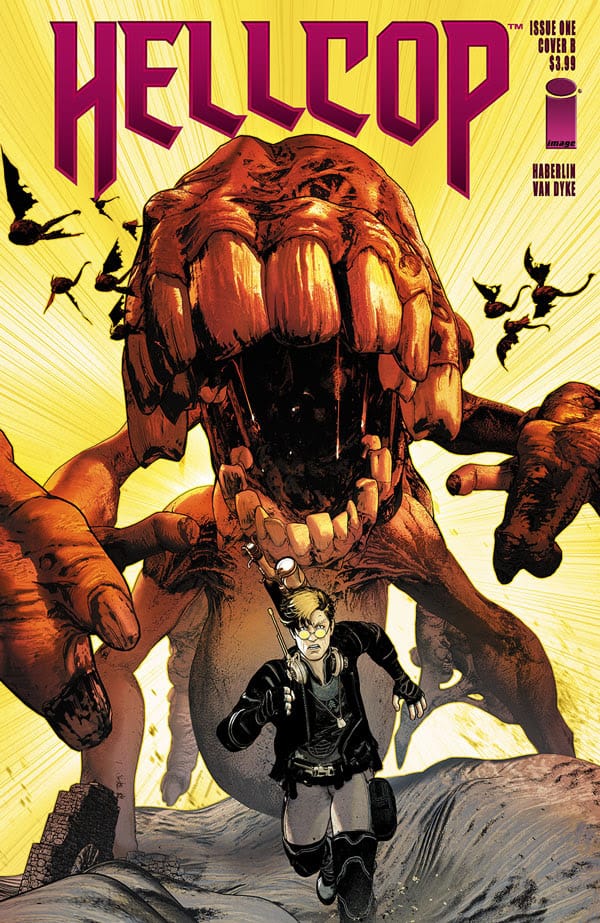 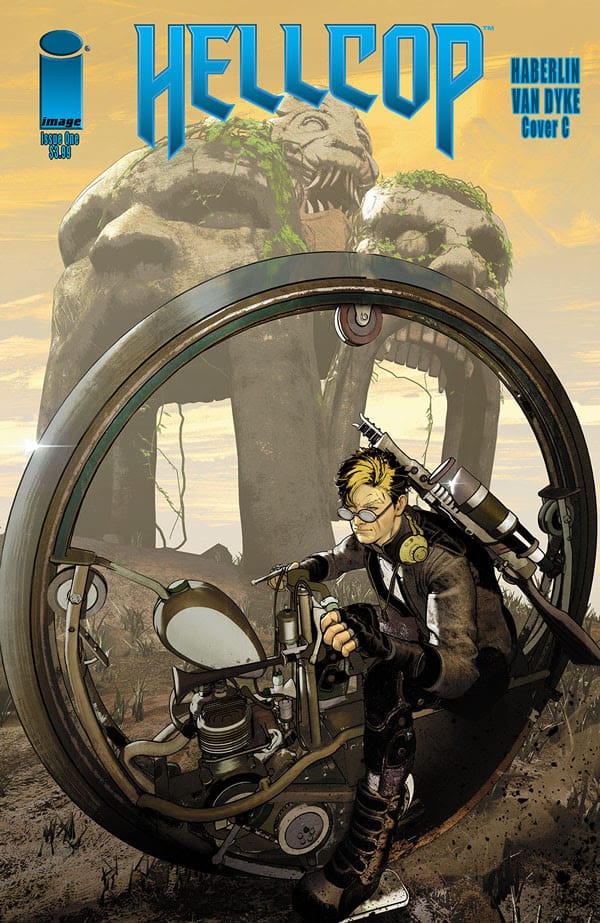 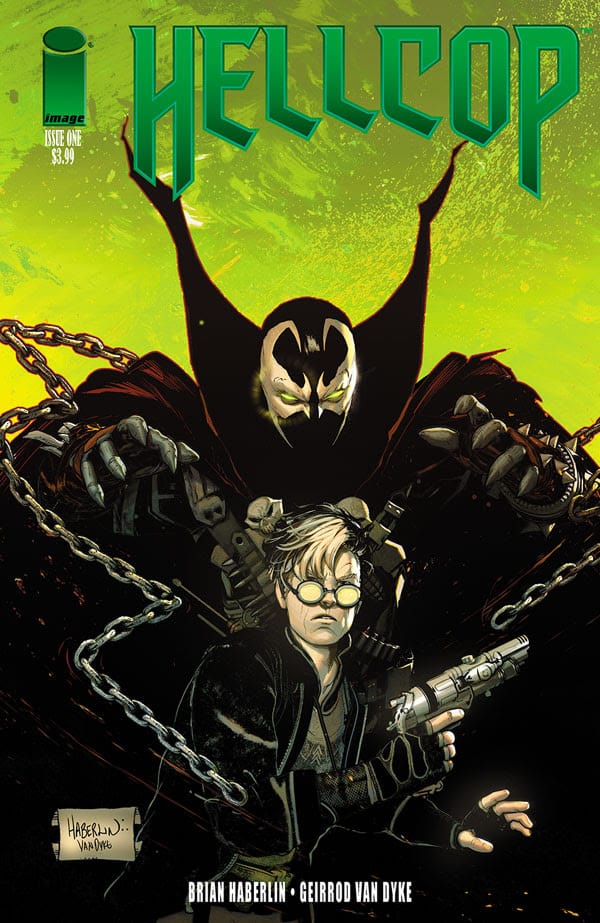 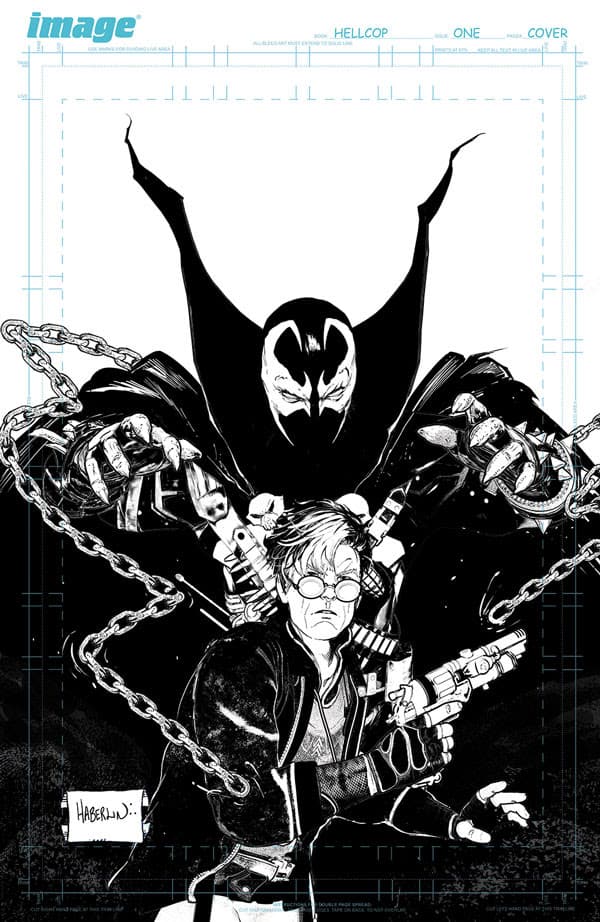 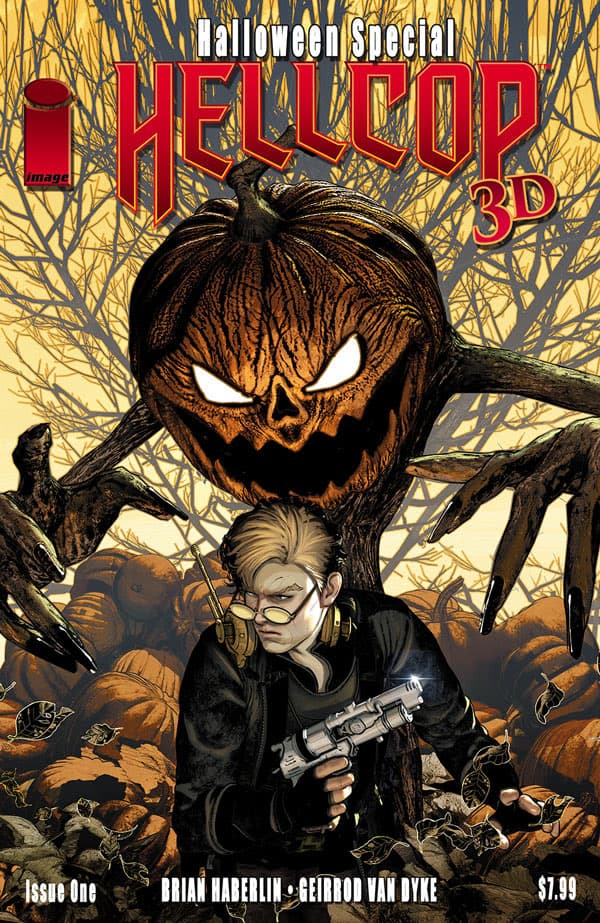 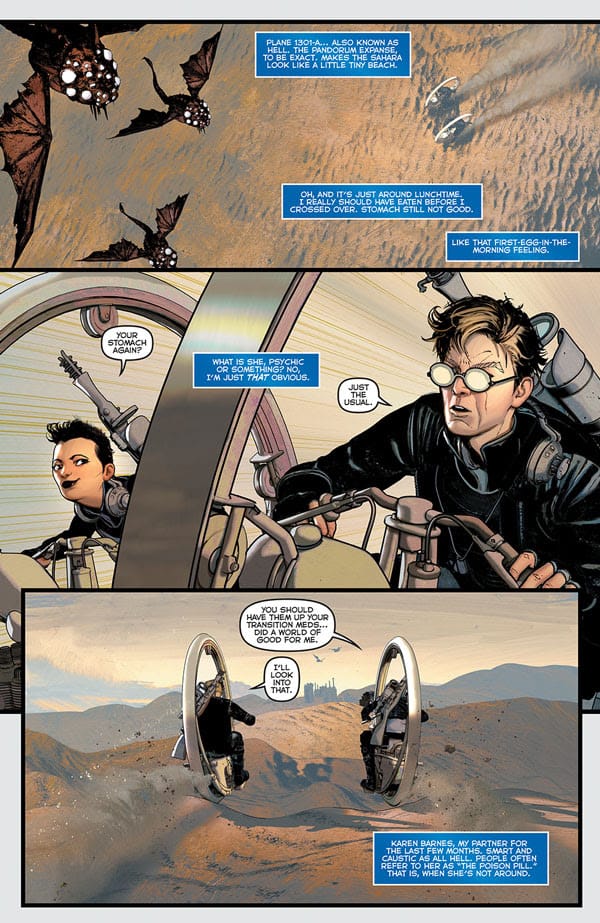 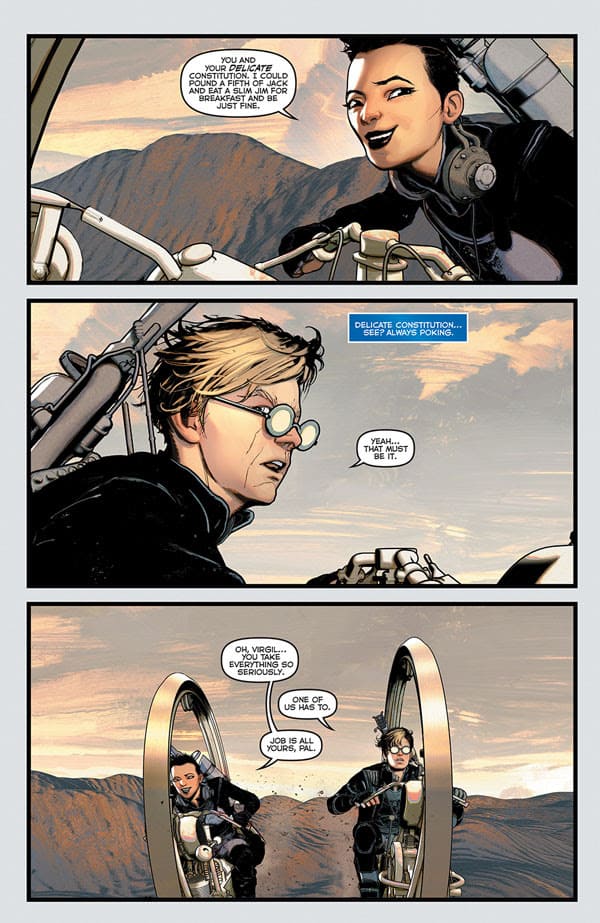 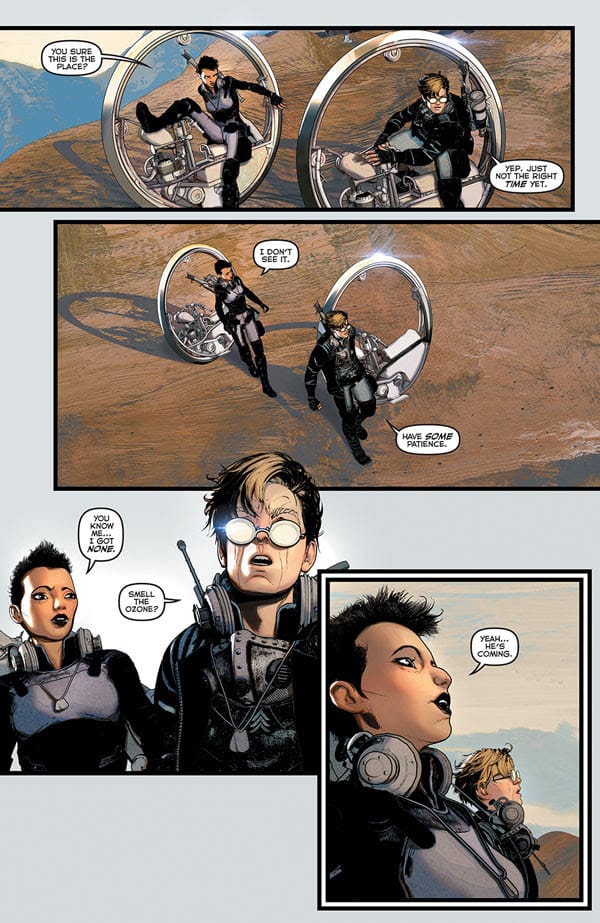 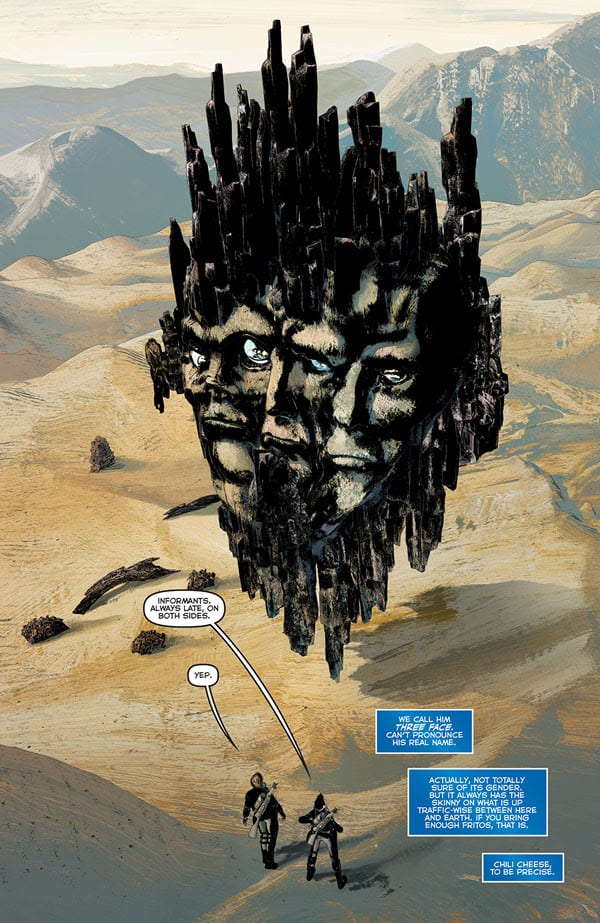 Hellcop #1 lands in comic book shops on Wednesday, October 20, 2021, and will also be available for purchase across many digital platforms, including Amazon Kindle, Apple Books, comiXology, and Google Play.