BOOM! Studios announced today that the highly anticipated series premiere of HOUSE OF SLAUGHTER #1 received record-breaking orders of over 460,000 copies, making it the best selling original comic book series in BOOM! Studios history after Keanu Reeves’ BRZRKR, and resulting in a new release date of October 27, 2021, to accommodate the volume of orders and ensure quality.

HOUSE OF SLAUGHTER #1 is a brand new ongoing original series set in the world of creators James Tynion IV (The Department of Truth, The Nice House on the Lake) and Werther Dell’Edera’s (Razorblades) Eisner Award-nominated global phenomenon Something is Killing the Children. The series is co-written by James Tynion IV and writer Tate Brombal (Barbalien), and illustrated by Werther Dell‘Edera and artist Chris Shehan (The Autumnal), colorist Miquel Muerto (Something is Killing the Children), and letterer AndWorld Design (The Many Deaths of Laila Starr).

You know Aaron Slaughter as Erica’s handler and rival. But before he donned the black mask, Aaron was a teenager training within the House of Slaughter. Surviving within the school is tough enough, but it gets even more complicated when Aaron falls for a mysterious boy destined to be his competition. Discover the inner workings of the mysterious House of Slaughter in this new horror series exploring the secret history of the Order that forged Erica Slaughter into the monster hunter she is today.

“In 2019, James and Werther took the industry by storm with a new original horror series, Something is Killing the Children. It quickly became a worldwide sensation, selling over 1.1 million copies in its first 18 months, garnering numerous award nominations,” said Filip Sablik, President, Sales & Publishing. “The nearly half a million copies ordered of HOUSE OF SLAUGHTER #1 is a thunderous show of support from our retail partners, but necessitated we adjust the release date by one week to ensure the world class production quality retailers and fans have come to expect from BOOM! Studios.”

“I’m thrilled we’re able to expand the rich world that James and Werther crafted within the bestselling Something is Killing the Children,” added BOOM! Studios Editor-in-Chief, Matt Gagnon. “It truly opens the doors to endless opportunities to explore everything the HOUSE OF SLAUGHTER has to offer, a vast tapestry of brilliant horror stories just waiting to be told. We’re excited to embark on this new journey with James, Werther, Tate, and Chris as they lead us ever deeper into the world that birthed Erica Slaughter and the monsters she hunts.” 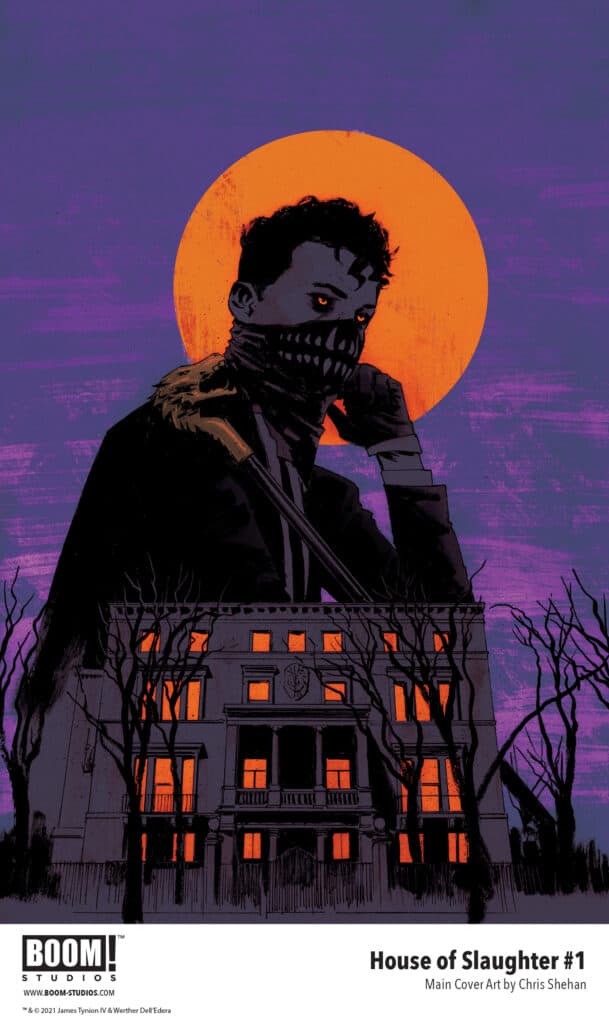 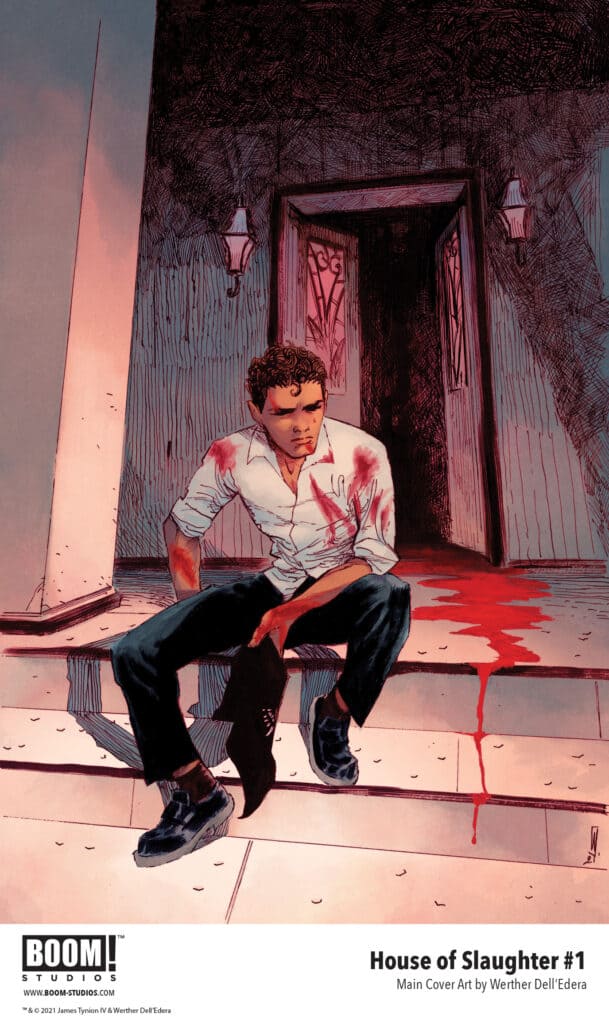 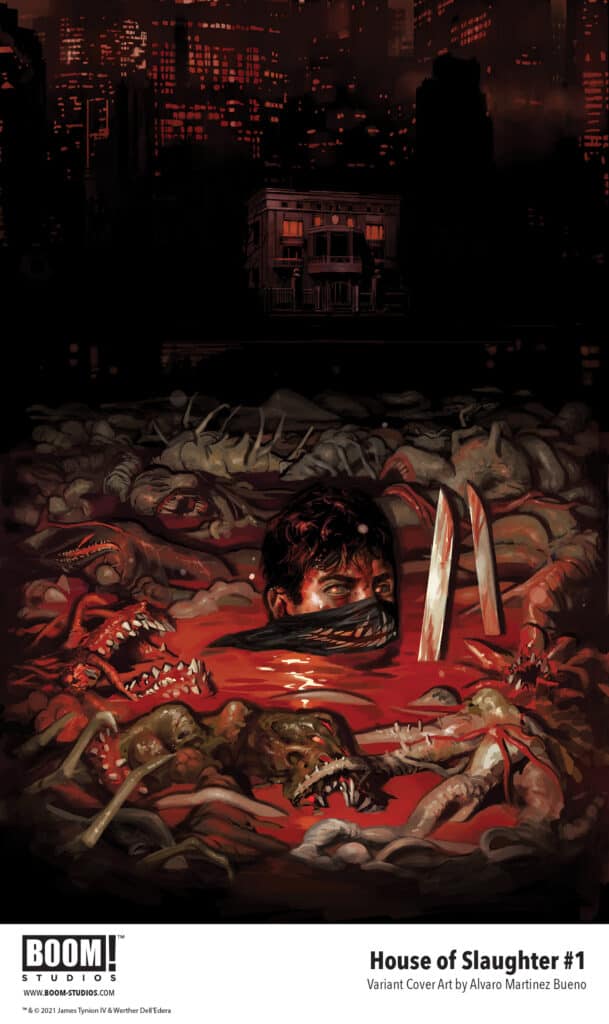 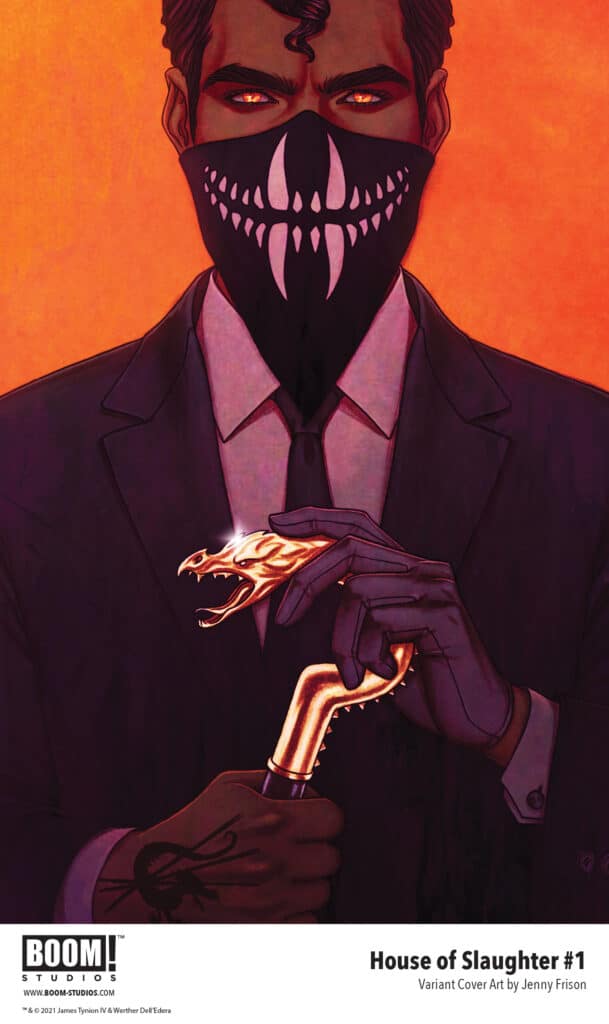 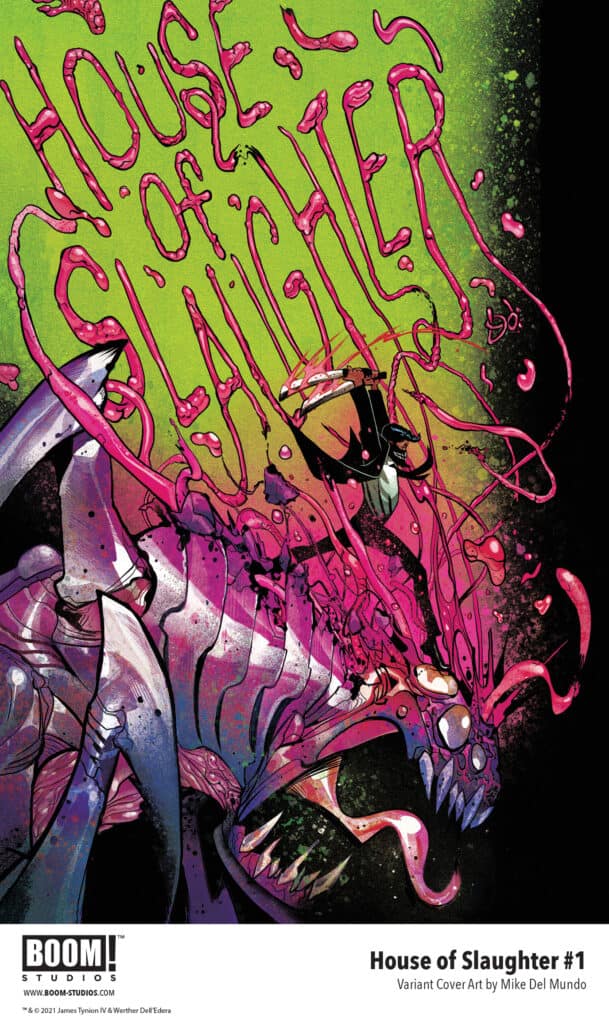 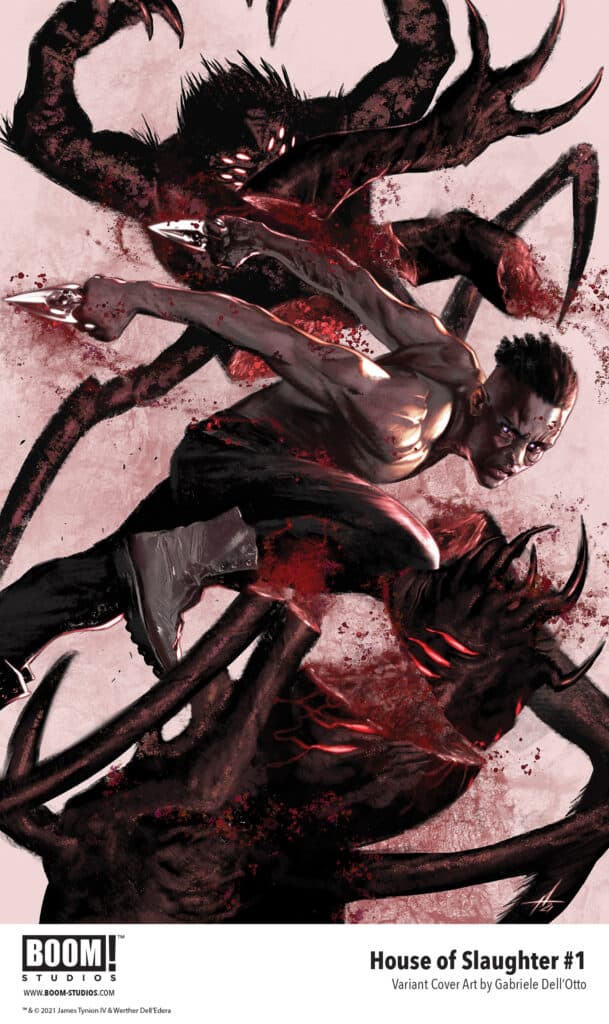 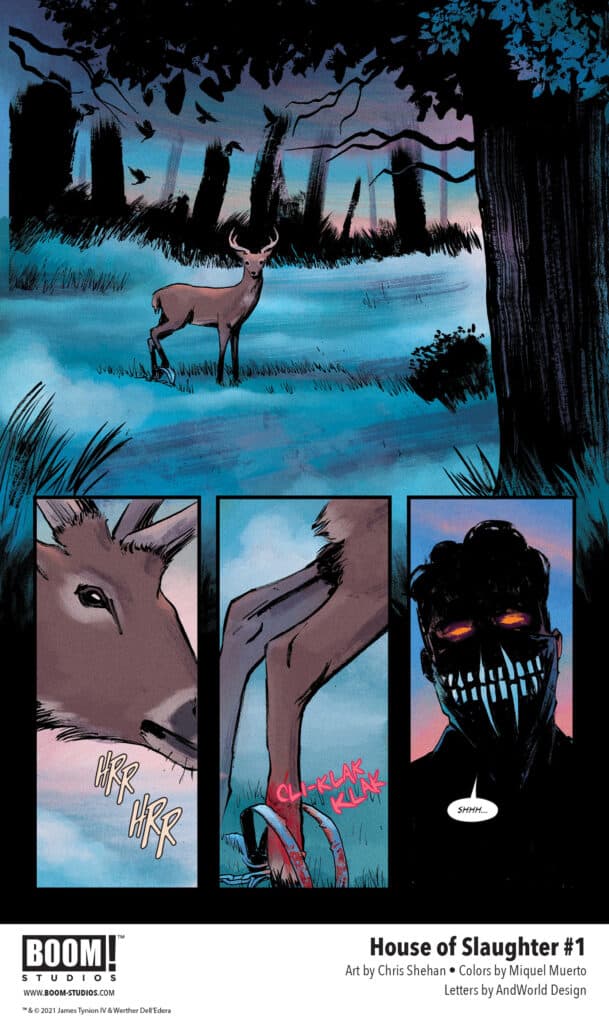 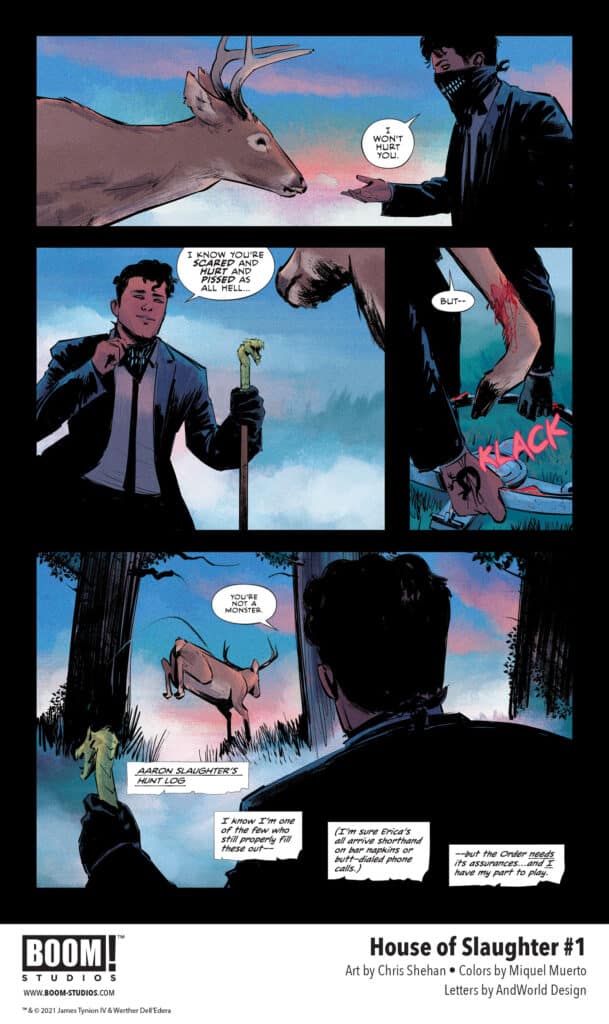 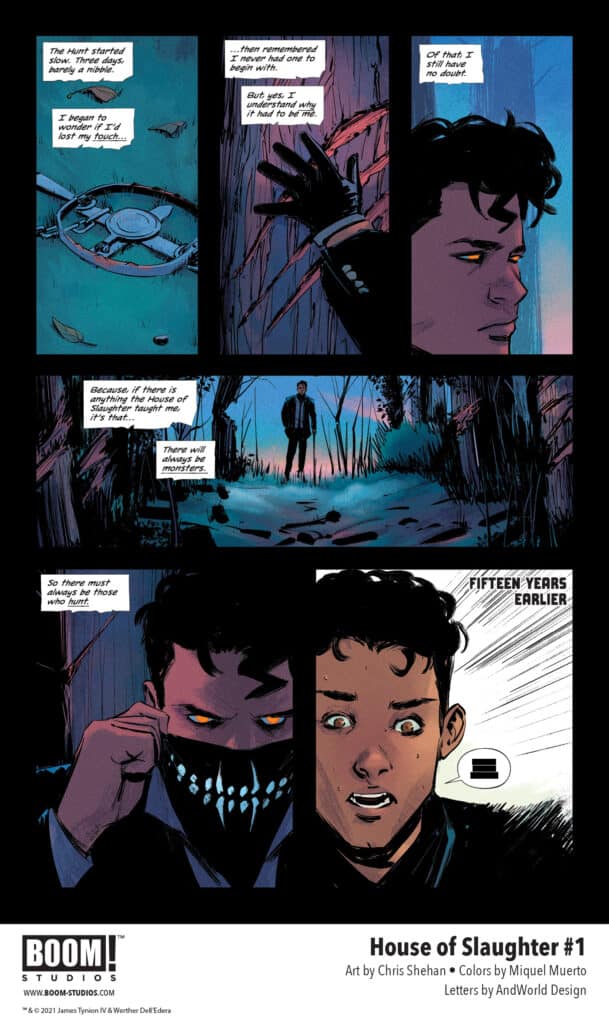 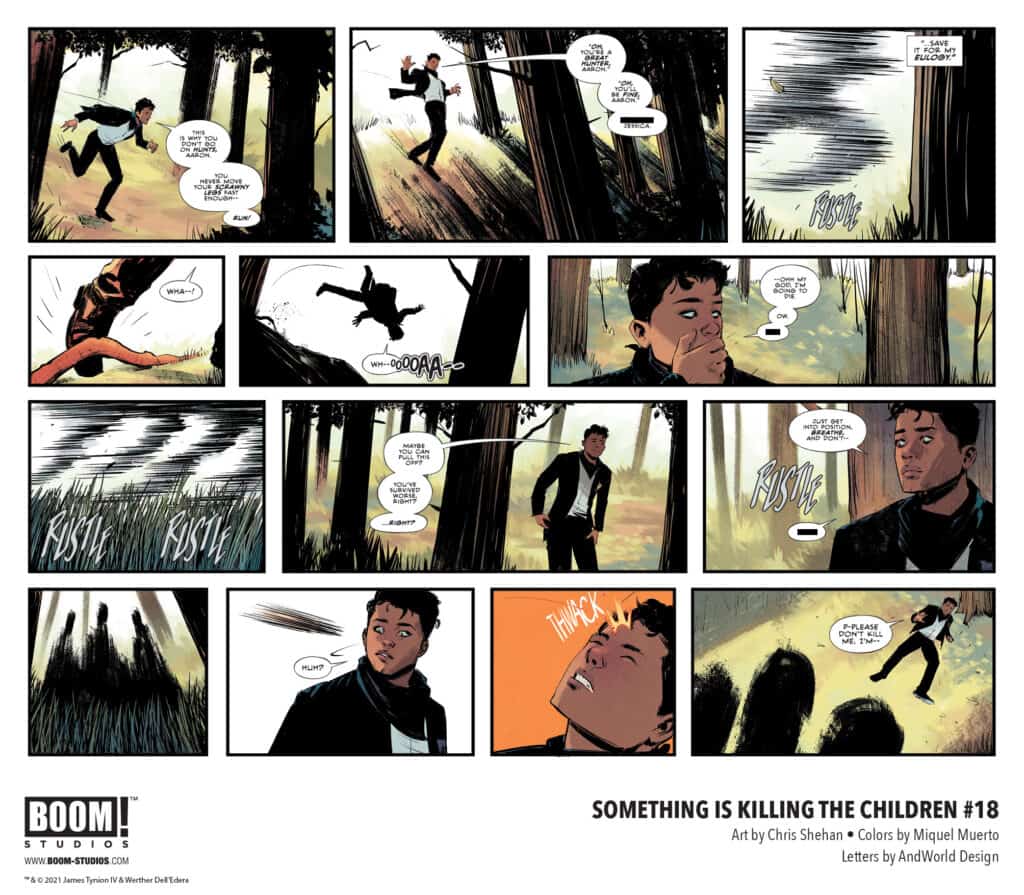 Print copies of HOUSE OF SLAUGHTER #1 will be available for sale on October 27, 2021 exclusively at local comic book shops (use comicshoplocator.com to find the nearest one) or at the BOOM! Studios webstore. Digital copies can be purchased from content providers, including comiXology, iBooks, Google Play, and Kindle.

For continuing news on SOMETHING IS KILLING THE CHILDREN and more from BOOM! Studios, stay tuned to www.boom-studios.com and follow @boomstudios on Twitter.